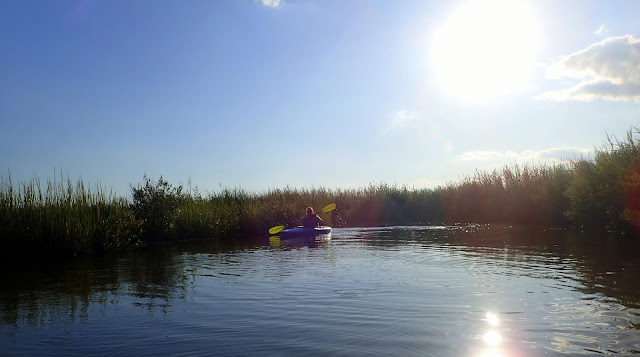 We headed to Whitehaven, an historic industrial town along the banks of the Wicomico River, for this paddling adventure. 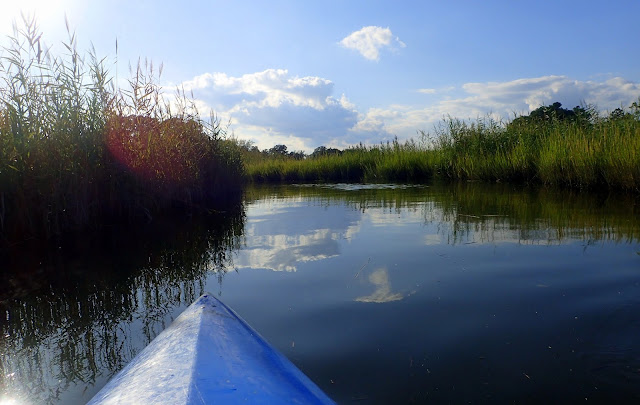 Lining the shores of the fairly placid river were mud flats and marshland, with numerous inlets and creeks to explore. 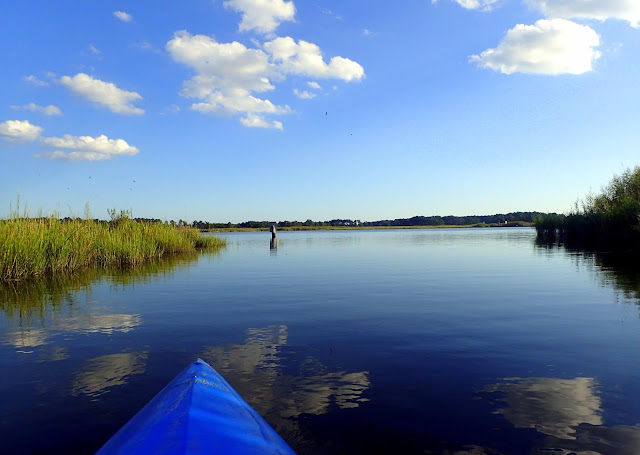 The Wicomico River is a 24-mile-long tributary of the Chesapeake Bay on the eastern shore of Maryland; the lower 20 miles are a tidal estuary. It drains an area of low marshlands and farming country in the middle Delmarva Peninsula. 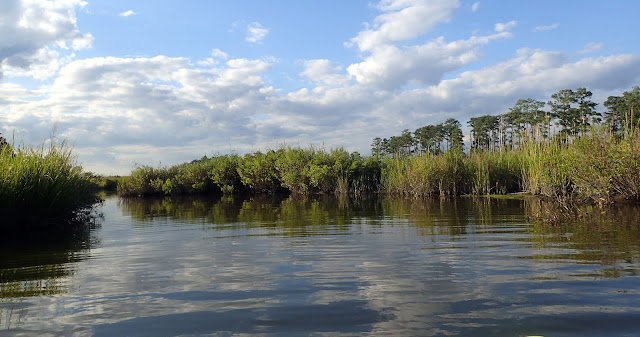 The gentle free-flowing river is a popular destination for recreational canoeing and kayaking, as well as recreational fishing and crabbing. You'll likely encounter some motor boats and sailboats on the main part of the river, and occasionally a barge, creating a significant wake to navigate. 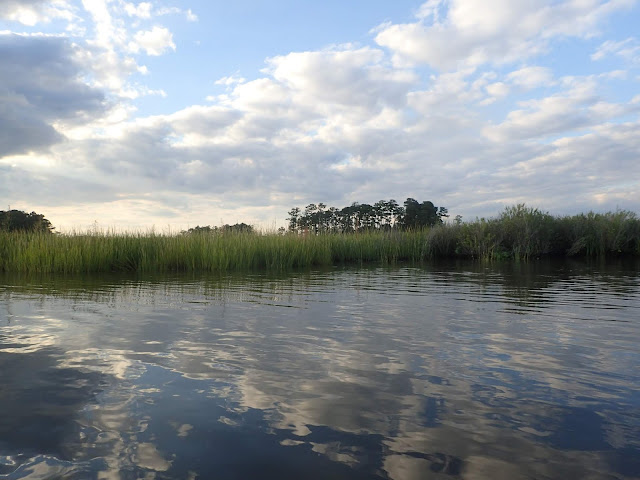 We stuck to the shore, avoiding wavy bumpy wakes (there was only one, actually), choosing instead to head into the inlets and creeks. It was magical. 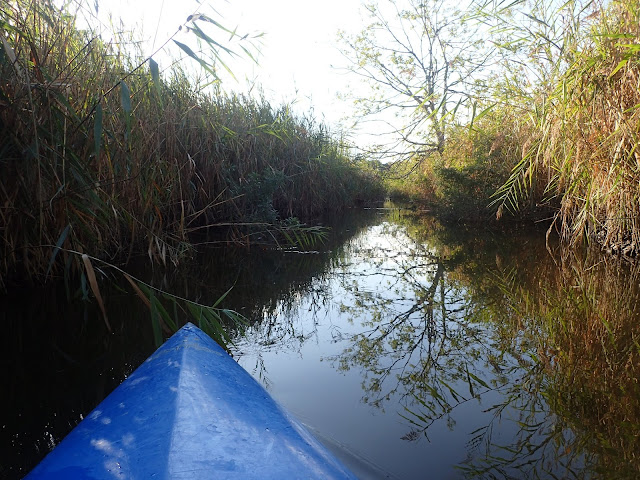 As you enter the creeks, the reeds loom several feet above you, creating rooms and hidden spaces in these tidal flats. We noticed numerous marsh crabs and their distinctive mud shelters, as they sifted the mud hunting for food.

John Smith, the first wave of the European invasion, encountered the Wighcocomoco (Wicomico) people in his exploration of the Chesapeake in 1608. They called the river Rokiawakin -- there is now a Rockawalkin Creek that flows in the Wicomico River. The Wicomico people slowly were pushed off their land because Europeans encroached on their land.

Osprey, herons, egrets are all common to the area, although we didn't see any during our paddle adventure. It was particularly lovely in the late afternoon, with the angles of the sun lengthening, creating the illusion of dusk in some of the narrow creeks. 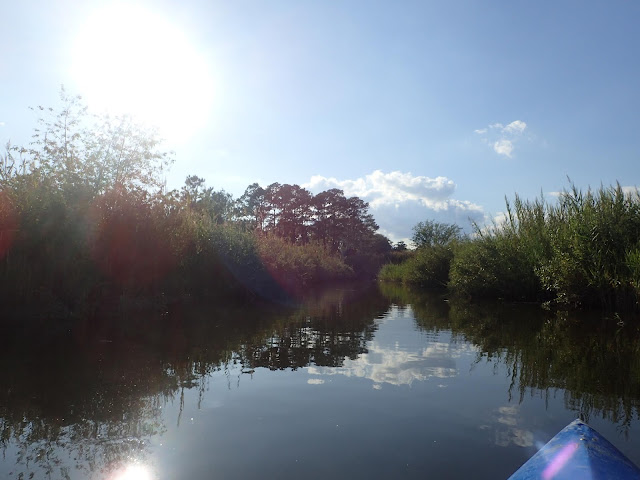 Know before you go: Do some research about tides, as that can make your kayaking adventure exhausting if you're paddling against both the river current and the tidal flow. 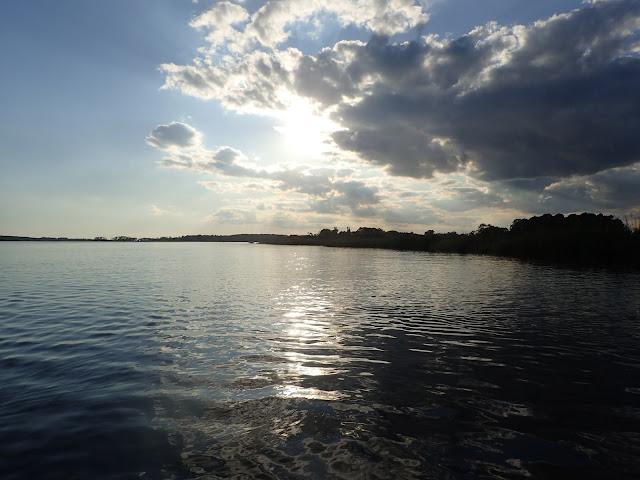 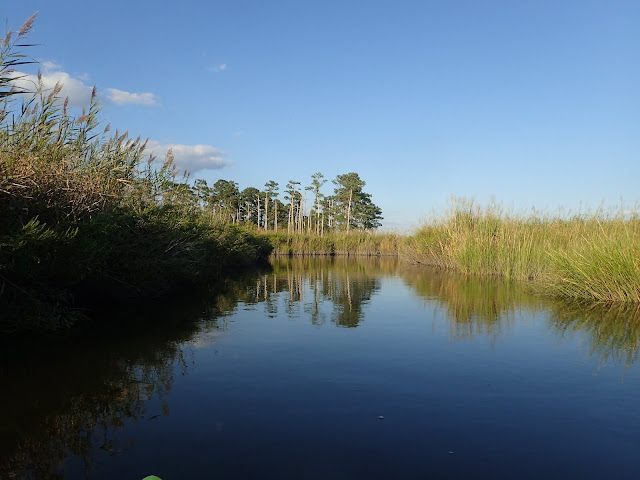 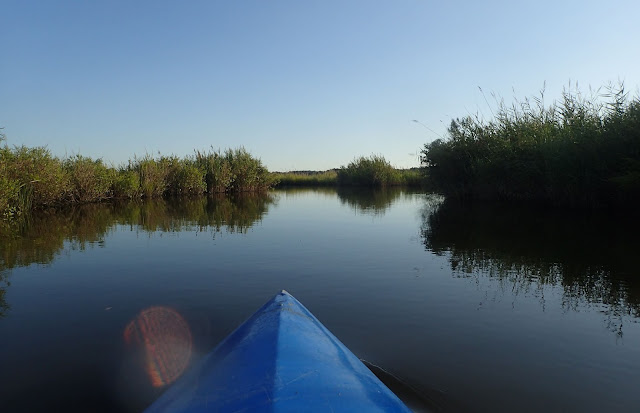