History and Wonder at the Natural Bridge 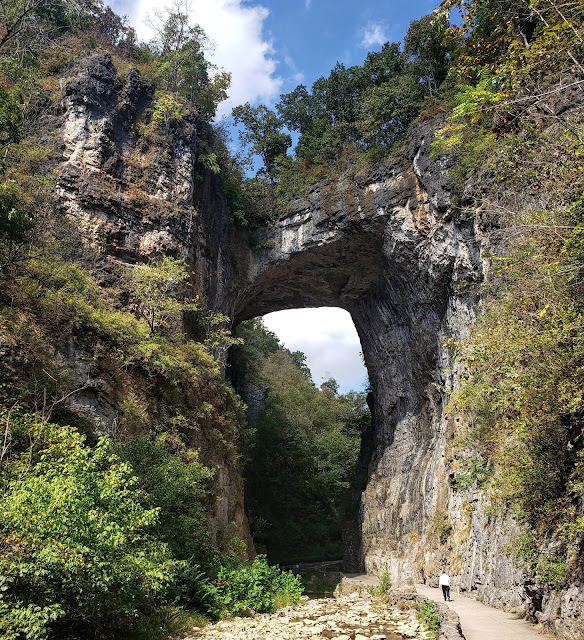 I remember a photo of my grandmother posing, pretending to hold up a rock bridge in Virginia. My grandfather would often tell my grandmother to "pack for cold" or "pack for warm" depending on whatever destination he had in mind. And then they would set off for an adventure. He took my Nana all over the east coast (they lived in Jersey City). 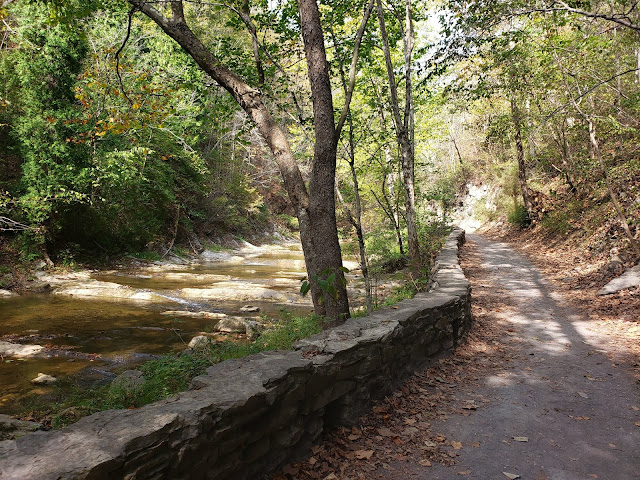 I've wanted to go to this rock bridge for years -- called the Natural Bridge. Back then it was a roadside attraction run by a private organization, but now it's a Virginia state park.

And I knew I wanted to write about the Natural Bridge in MidAtlanticDayTrips. It took me a minute to realize why the Natural Bridge is located in Rockbridge County, VA, or rather, why the county is called Rockbridge... Route 11 travels over the bridge, although you really can't see anything from the road as you pass over it.


Natural Bridge has ties to two former US presidents: George Washington carved his initials below it while on a surveying expedition in 1750 and Thomas Jefferson once owned the land it's on, although James Monroe and Martin Van Buren also visited it (when Jefferson was president) and Calvin Coolidge, much later, of course. When you go, you'll be following in their famous footsteps. 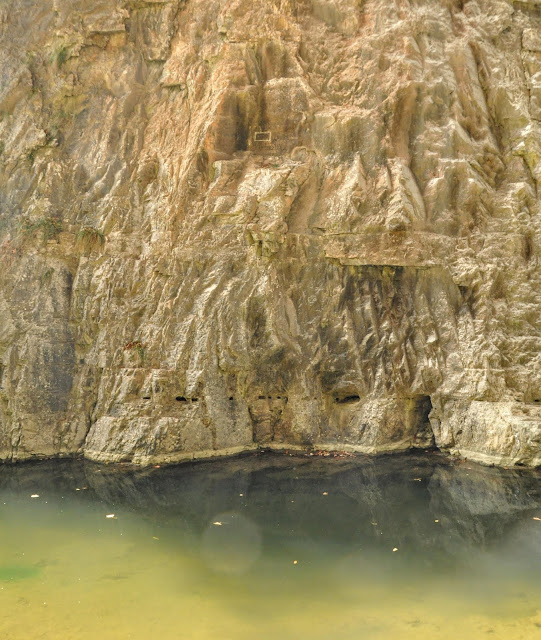 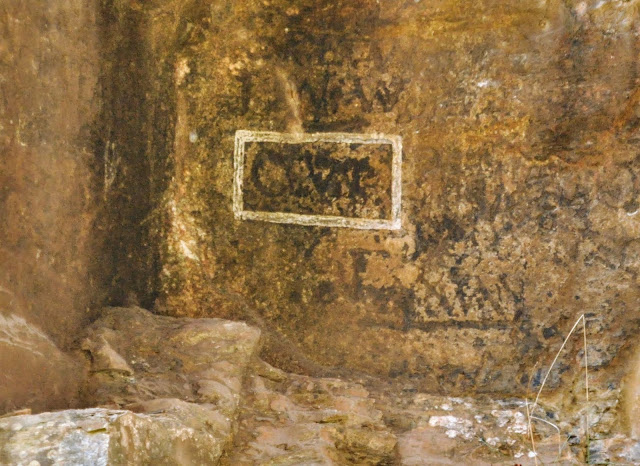 The 215-foot high Natural Bridge is a limestone gorge carved out by Cedar Creek. It's hard to imagine that little trickle of water in Cedar Creek carved out that magnificent rock formation, although to be fair we visited during a late summer drought. 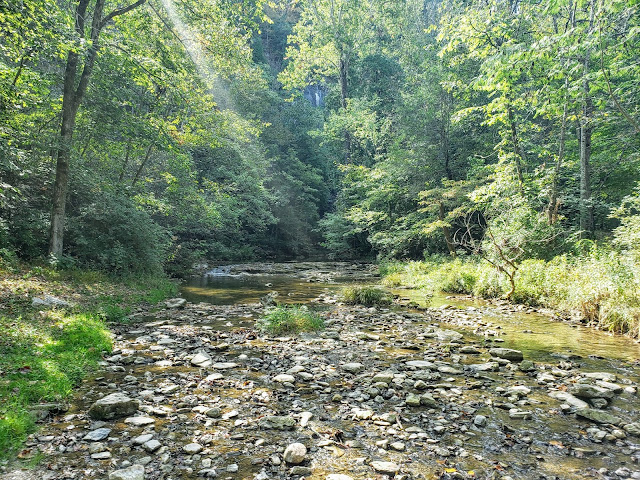 There are theories that the Natural Bridge was created by an underground river. Consisting of horizontal limestone strata, Natural Bridge is the remains of the roof of a cave or tunnel through which the Cedar Creek -- perhaps when it was a more mighty river -- once flowed. 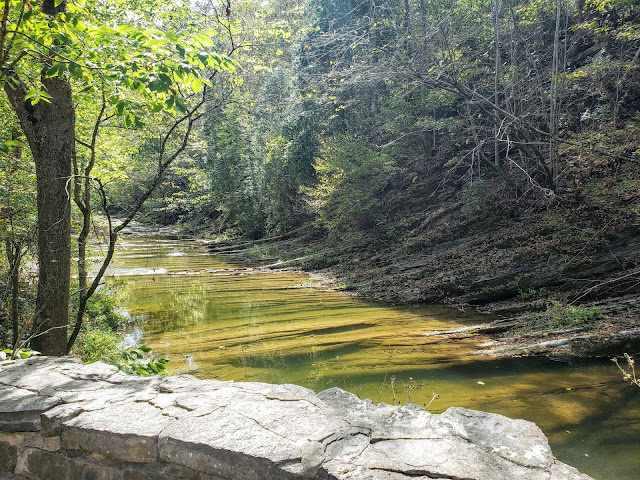 However, the park is more than just the bridge; beautiful forests and rolling meadows showcase the area’s karst terrain, and vistas of surrounding mountains and the James River valley display nature’s splendor.


Access the park's varied terrain of wooded forests and rolling meadows via 6 miles of hiking trails, which will also unveil vistas of the surrounding mountains and the James River valley. The accessible Cedar Creek Trail leads from the bridge to the Monacan Indian Village and Lace Falls with its 30-foot cascade.

Know before you go: There is 137 stairs through the woods that lead down to the bridge; however, the park offers a shuttle to and from the visitors center for those who cannot navigate the stairs. The path leading to the bridge is paved and accessible, as well as the path that leads to Lace Falls. 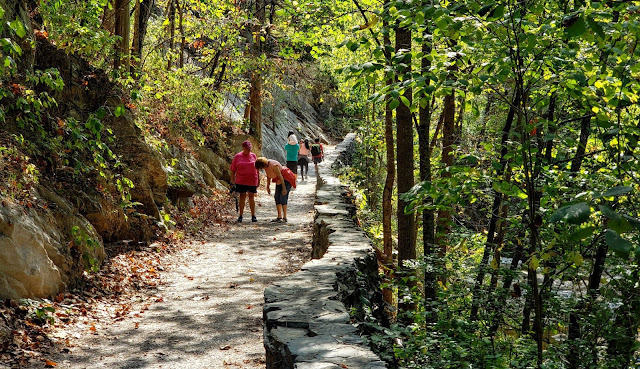 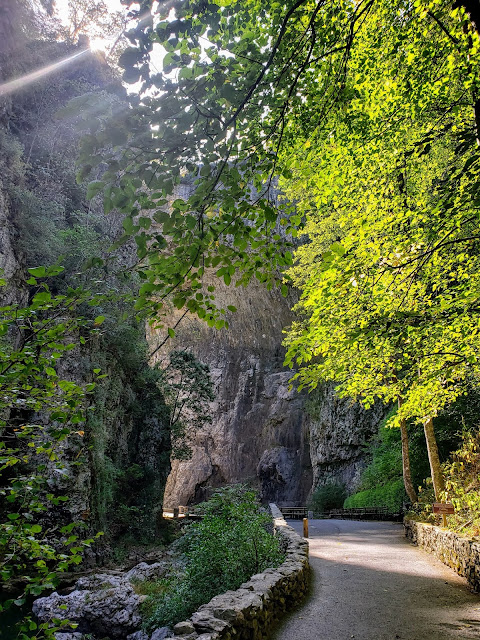