Only the Really Cool Trees Have Knees: Secrets of Battle Creek Cypress Swamp

Bald cypress trees are an ancient tree that once covered parts of Delaware, Maryland, DC, and Virginia. 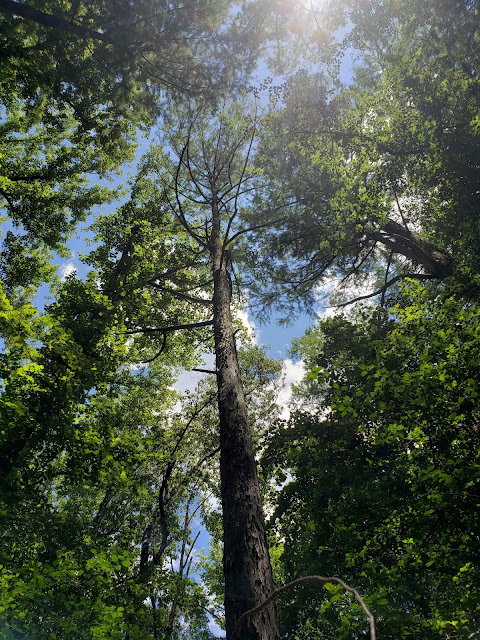 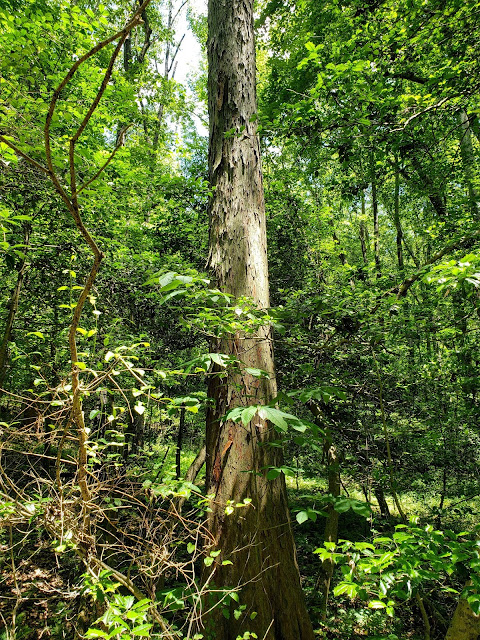 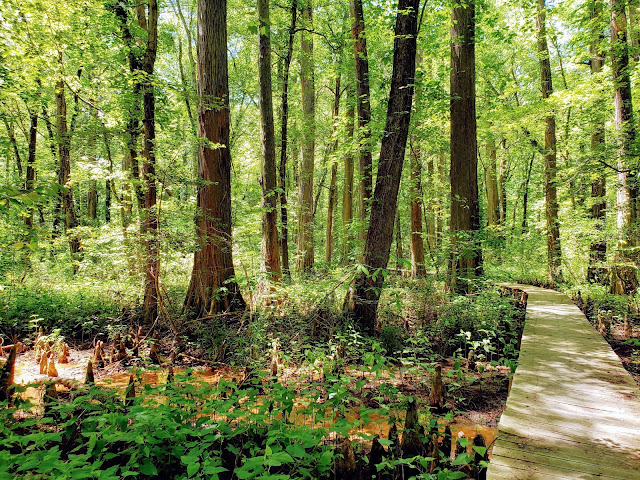 A gravel pit in Prince Georges County yielded a specimen that could be as old as 7 million years and there are 120-million year old cypress-tree fossils that were found in Bladensburg. 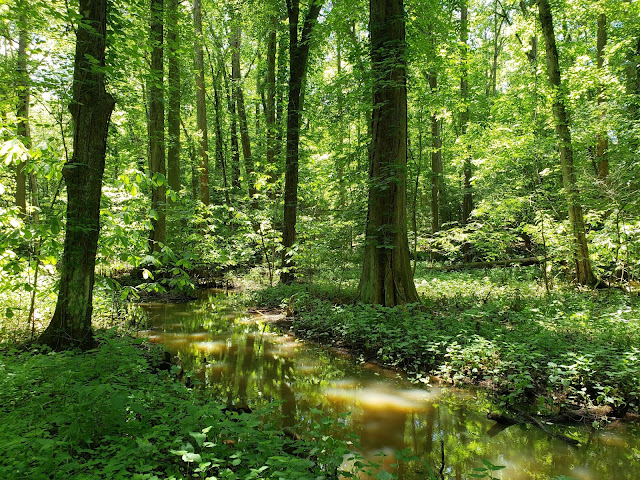 The trees in Battle Creek Cypress Swamp are a bit younger than that though -- the oldest is probably only 200 years old. 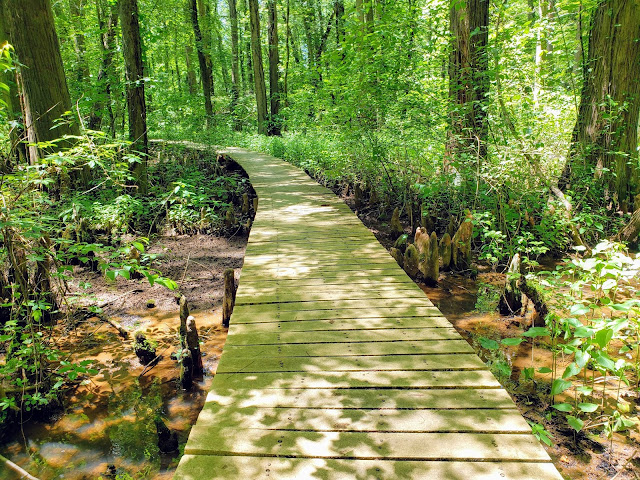 Battle Creek Cypress Swamp is a forested wetland near Prince Frederick in Calvert County, MD. It is one of the northernmost sites of naturally occurring bald cypress trees in North America, and the only large stand of the trees on the western shore of Maryland. The nature center's exhibits describe the natural and cultural heritage of the area. 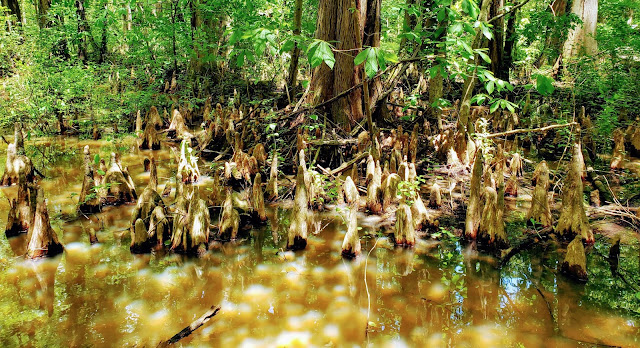 Bald cypress, although a conifer, loose their needles every year. They can grow in very moist soil and even in ponds and lakes in water up to four feet deep. 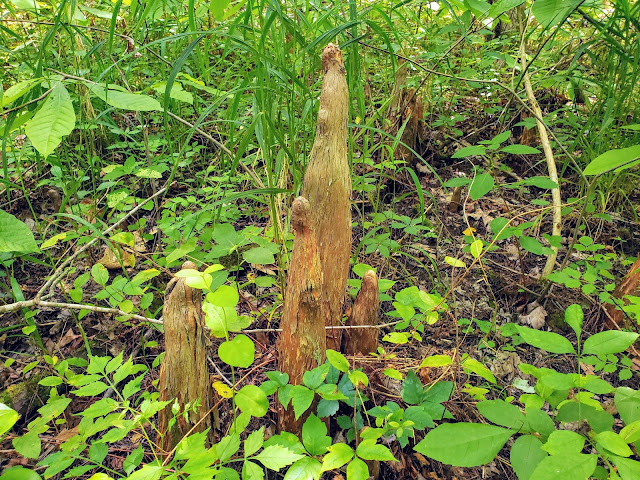 Cypress trees have knees -- nobby stubs that jut up a foot or two above the water or mudline. Their function is unknown, but they are generally seen on trees that grow in swamps. Some current hypotheses state that they might help to aerate the tree's roots, create a barrier to catch sediment and reduce erosion, help anchor the tree in the soft and muddy soil. 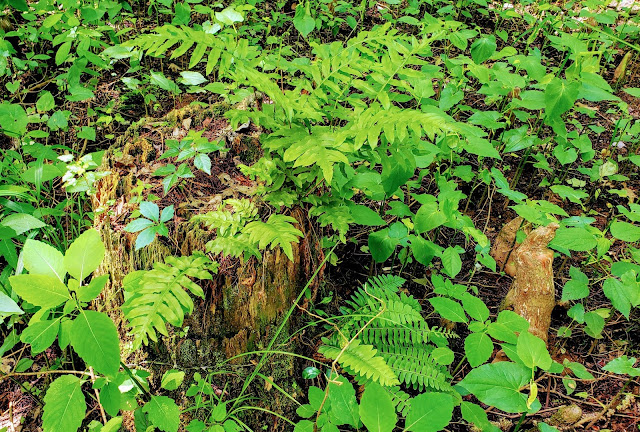 I saw a number of stumps, that looked fairly recent. but apparently these are stumps of bald cypress cut in the 1940s, showing just how rot-resistant this tree really is. 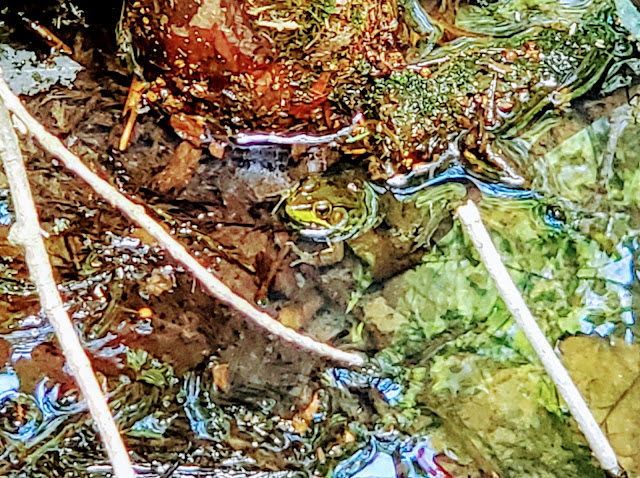 The hike is short -- not even a quarter mile on a boardwalk through the swamp. But I recommend going back and forth several times. In doing so, I got to enjoy a chorus of frogs croaking, and got to see several. 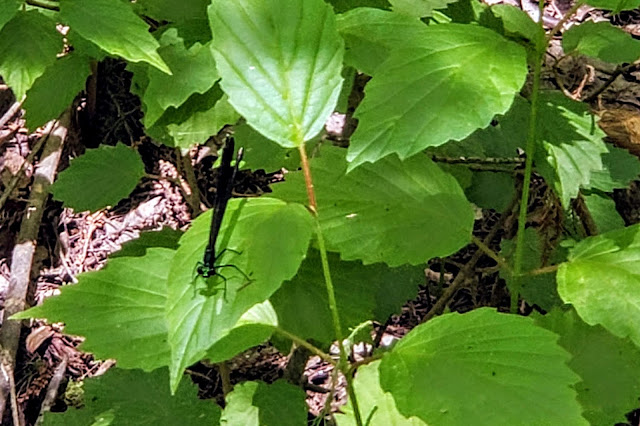 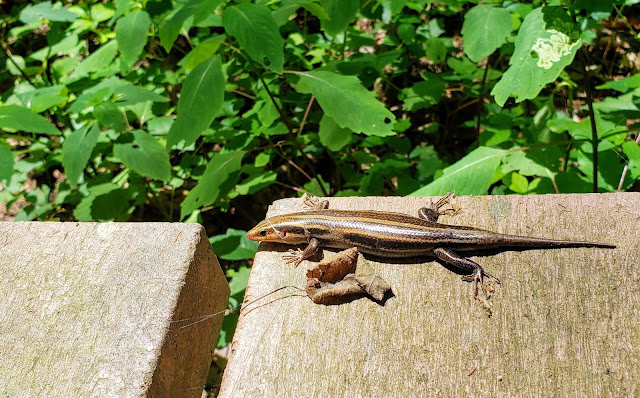 Know before you go: Although a boardwalk takes you through the swamp, this walk unfortunately is not handicapped accessible, as there is no way to get to the board walk except down steps or over a rough trail. 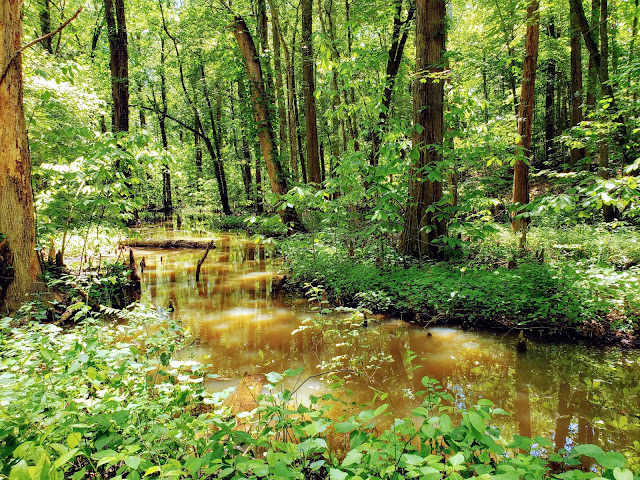 Hours: Check the website for the nature center's hours. The trail is accessible from dawn to dusk. 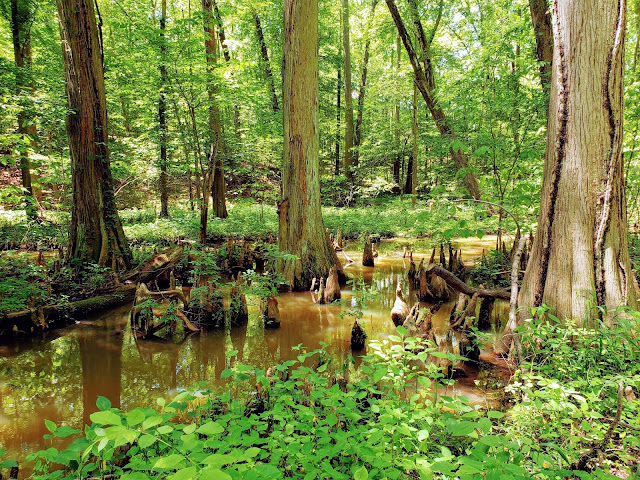 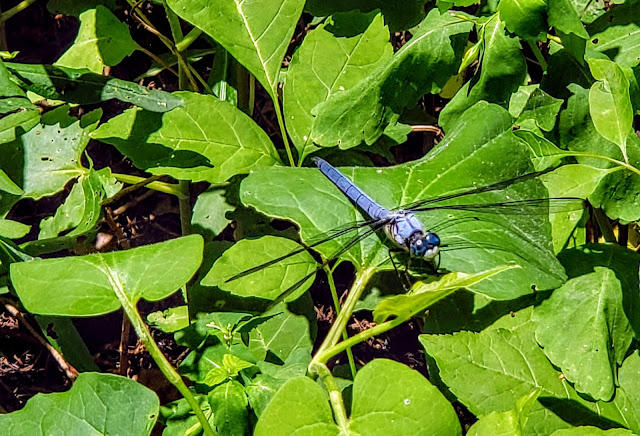