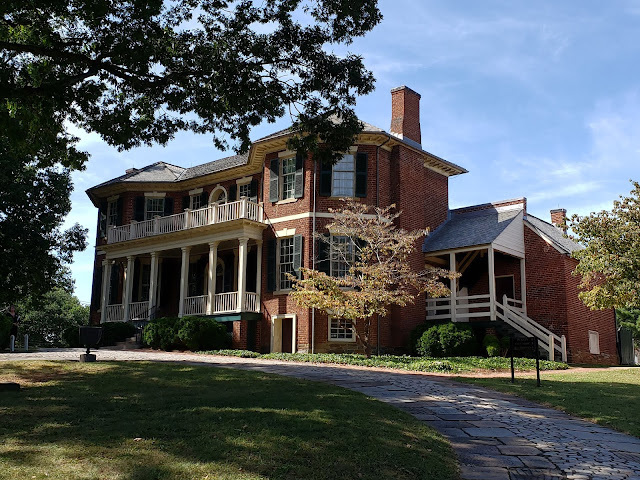 A lovely old house -- mansion, really -- sits overlooking Winchester on one of its seven hills. Dating back to 1806, Point of Honor was built by Dr. George Cabell and he and his family lived there until 1826. 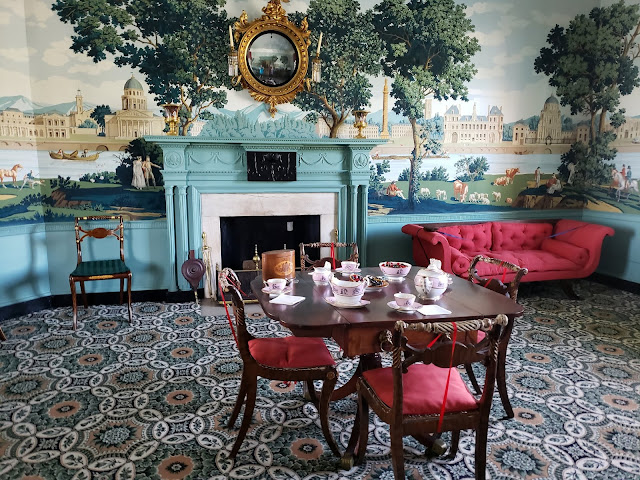 Now a house museum, the house depicts the lifestyle enjoyed by Cabell and his contemporaries in early 19th century Lynchburg, although not much is mentioned or known about those who were enslaved on the then 737-acre plantation. 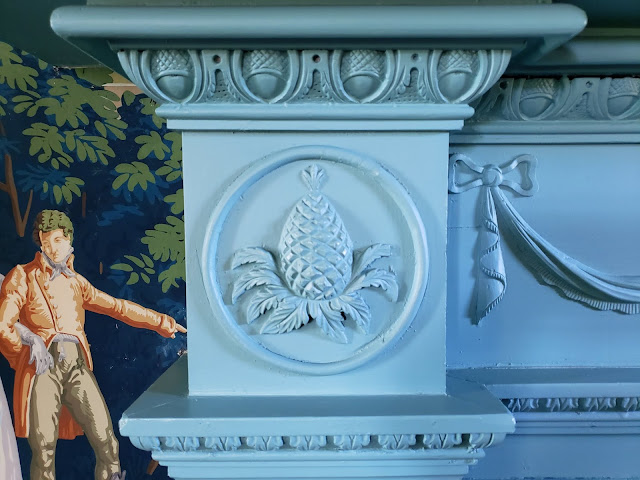 As you tour the home, you notice the beautiful carvings on the mantels and woodwork, the incredible wall paper (which I think was discovered beneath layers of paint and then copied). 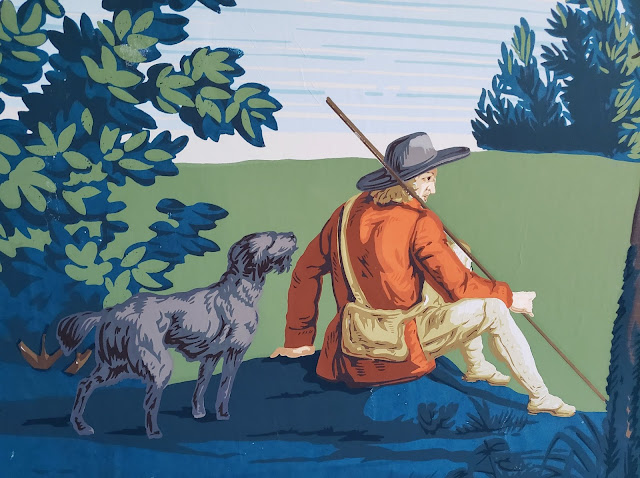 Cabell's claim to fame is that not only was he the first to earn an official medical degree from the University of Pennsylvania, in 1790, he also was a friend and personal physician to the patriot Patrick Henry and a frequent correspondent with his near neighbor, Thomas Jefferson. 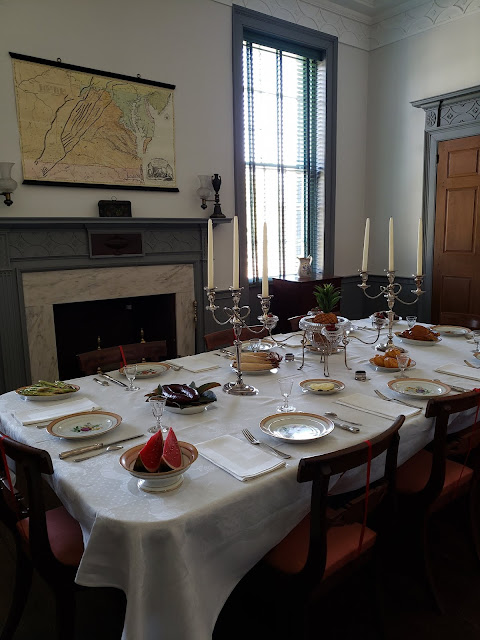 By 1798, Cabell was practicing in Lynchburg, and that year married Sarah Winston. The Winston family was well-connected in their own right, and the marriage created the ultimate "power couple" for that time. Sadly, a year later, Cabell was the attending physician at Henry's death. 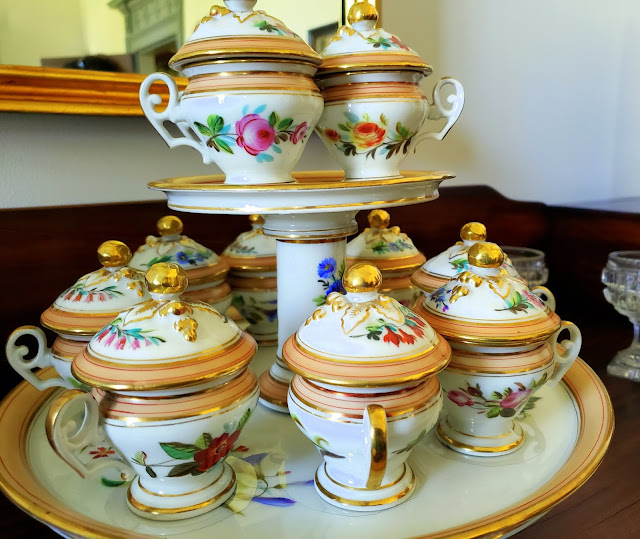 Finished in 1816, the estate was later named Point of Honor to reflect stories of it being an alleged location for settling arguments with duels. They only got to enjoy their lovely home a few years; Cabell died in 1823, and his widow three years later. 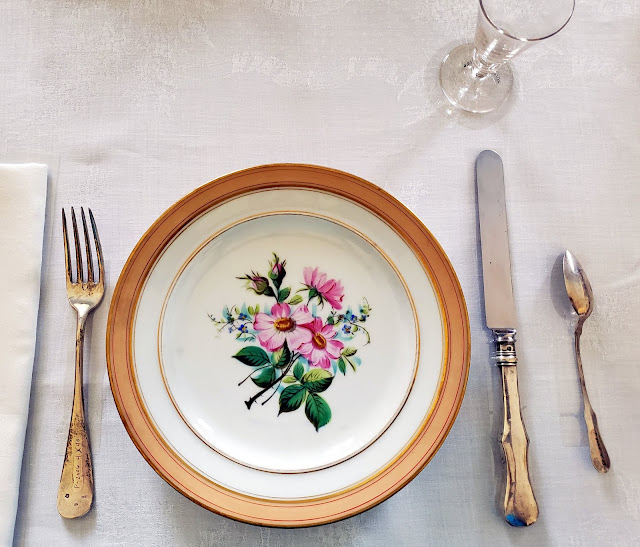 After the death of the Cabells, the plantation and mansion went through at least seven owners, during which the surrounding plantation was significantly reduced to just a few acres. By 1878 it was owned by L.E. Lichford, a grocery wholesaler who also had a warehouse nearby. 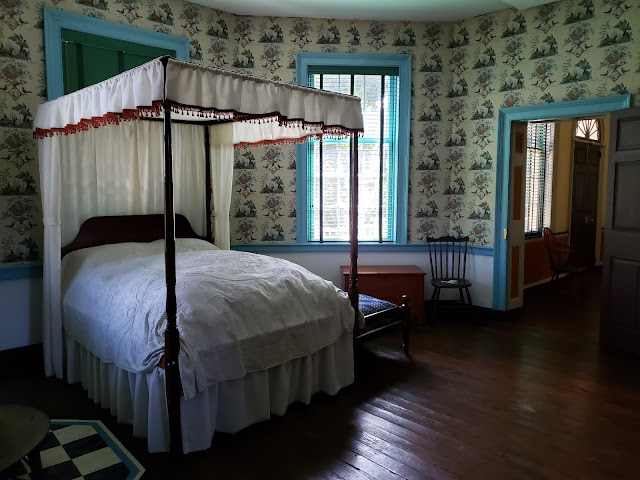 Three generations of Lichford's lived and owned the property as Winchester grew around it. James R. Gilliam Jr. bought the house in 1928 and deeded it to the City of Lynchburg, which used part of the property as a recreation center until the Historical Foundation received the deed in 1968.

As a public building, Point of Honor continued to be useful and it served a variety of functions during the forty-year period it was owned by the City of Lynchburg. Always a recreation facility, it also served as a soup kitchen during the Depression, a nursery during World War Two, and hosted countless neighborhood social functions through the years. 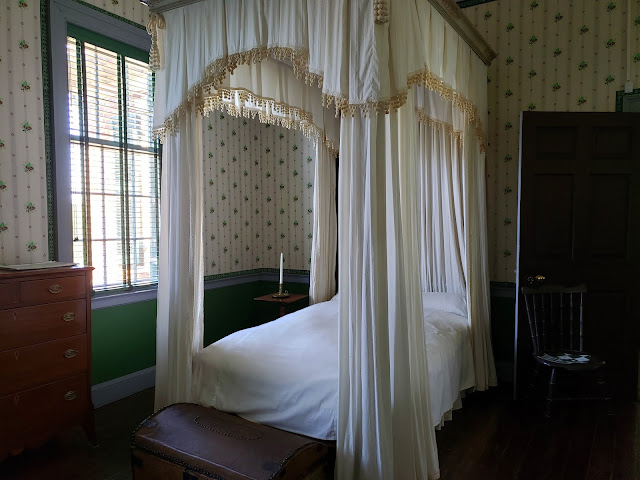 Because it was so useful, the city kept the house itself maintained and in relatively good condition: the grounds were kept clear, the roof was repaired as needed, and windows replaced when they were broken. There was always a sentiment that Point of Honor should be preserved. By 1977, the house was restored and open as a house museum, preserving what it would have been like during the period when the Cabells lived there. Although none of the furnishings are believed to have belonged to the Cabells, they are authentic to the period and reflect how a house of its grandeur would have looked. 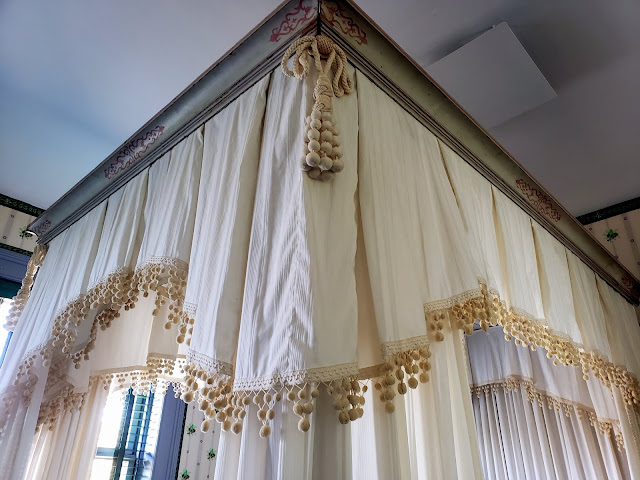 Although much is known about the property itself, there is little mention of those enslaved by the Cabells, the Daniels, the Paynes, and the Langhornes after them, allowing them to lead the comfortable lifestyles they did.

Getting there: The parking lot for Point of Honor is located at 109 Norwood Street, Lynchburg, VA, 24504, directly across from the Carriage House Gift Shop where you purchase tickets to begin the tour.

Hours: Open 7 days a week, guided tours of Point of Honor are available on a first come-first serve basis. Tours of the house typically last 45 minutes. Last tour of the day starts at 3 p.m.
Website: http://www.pointofhonor.org/ 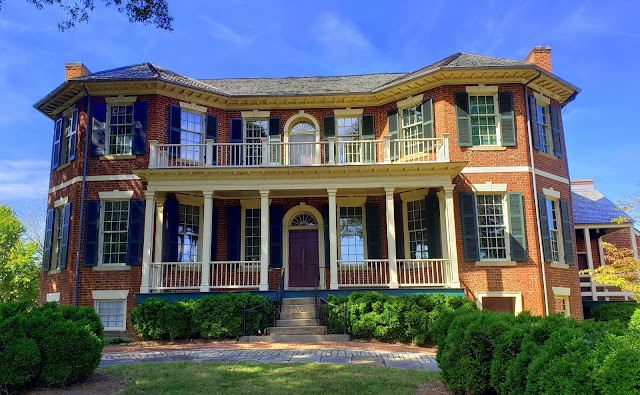