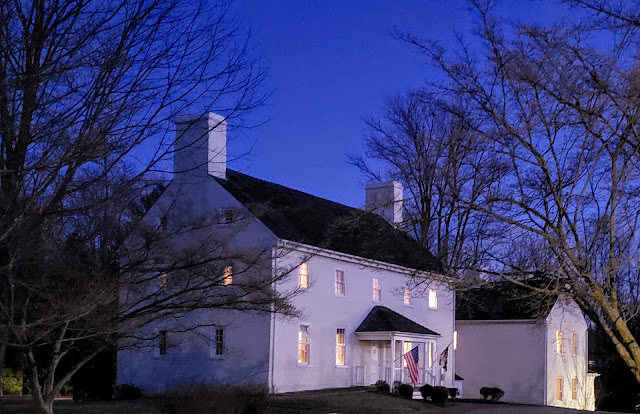 The first ghost hunt for us in a while, we really looked forward to a visit to Waverly Mansion, in western Howard County, MD. Electronic voice phenomena (EVPs) are common. An inexplicable moving blue light has been seen indoors, a woman's voice, and footsteps when no one has been there have been reported as part of the paranormal events that occur within this lovely old mansion. 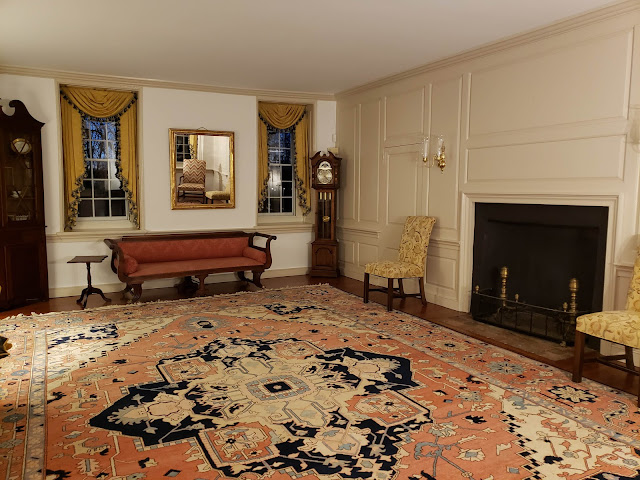 But nevermind the ghost hunt -- I think part of the thrill was the opportunity just to get a peek inside of this historic house! 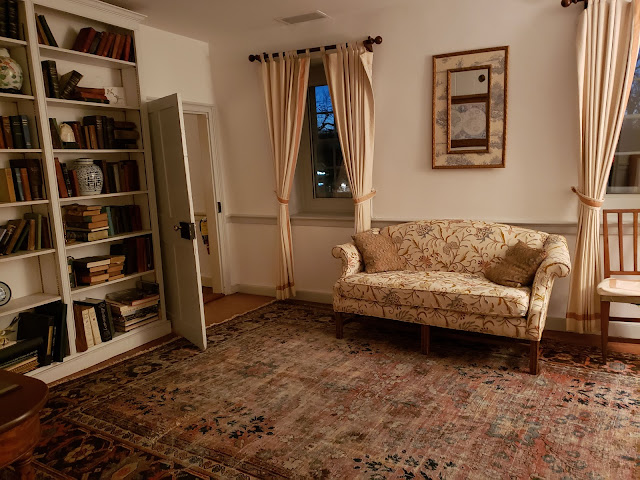 Waverly Mansion, located in Marriottsville, was built in the mid 1700s and lived in by several generations of the Howard family, for which, of course, Howard County is named. John Eager Howard was born just a few years before Waverly Mansion was built, but is its most notable owner, although all the Maryland big names are associated with the property: Carrolls, Dorseys, Ridgelys, and of course, Howards. 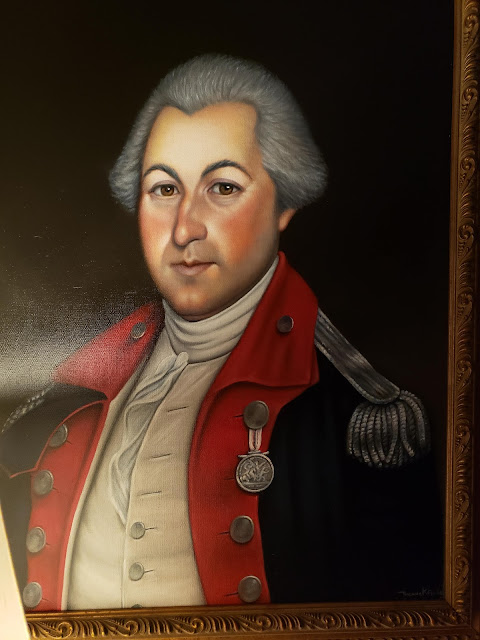 Soldier and politician, John Eager Howard took part in the Revolutionary War and afterward, became fifth governor of Maryland (serving three one-year terms between 1788 - 90), served in the U.S. House of Representatives and the U.S. Senate, and was a Federalist Party vice presidential candidate in 1816 (they lost); throughout his life he enslaved black people. The Howard family owned the Waverly Plantation between 1786 and 1846. 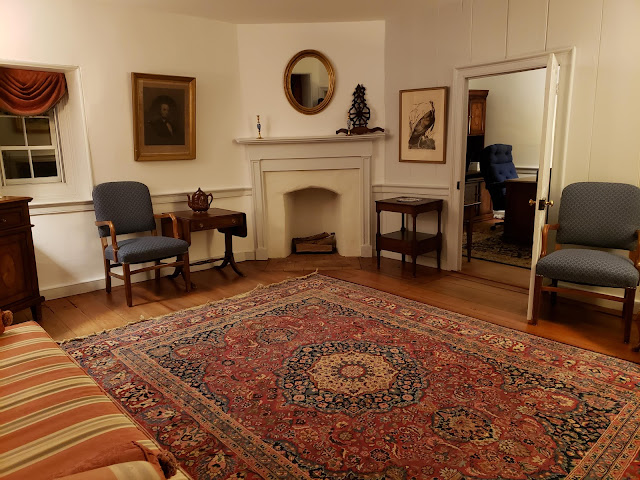 Howard's son, George, also was a governor of Maryland, and is the only governor of Maryland to have been born in the Governor's House and then later lived there as governor. He died in 1846, and the property passed to new owners. Like other members of his family, he enslaved a number of individuals on his various properties. I think it's important to give the individuals the Howards enslaved their names, although we only have the names of the 25 men, women and children the Howards enslaved at the time of George's death on Waverly: Elias, Jim, Peter, Henry, Jolen, Jake, Bell, Dan, William (Mimah's son), Joshua, Henry, Joe, Mary, Prudence, Lizzie, Frances, Sidney, Sally & child, Mimah & child, Fanny & child, Betsey, and Old Nancy. 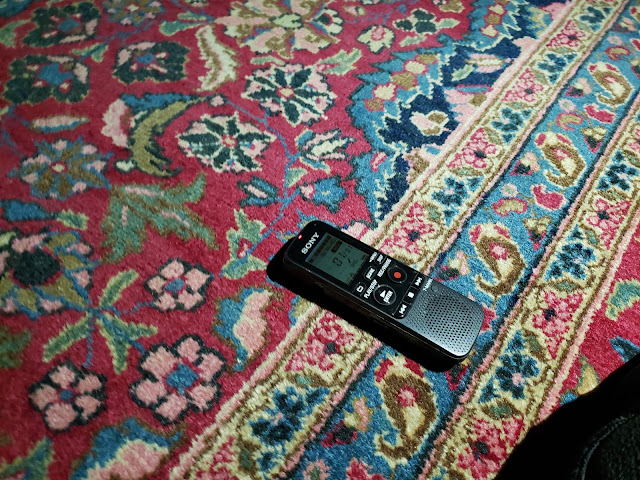 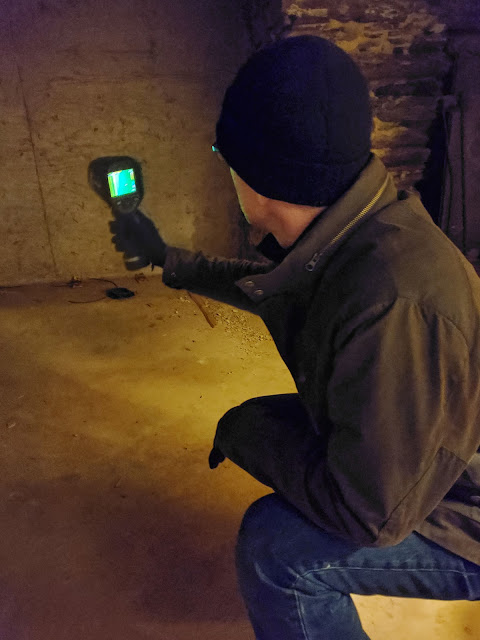 This was a short investigation, just three hours long, and arranged by Inspired Ghost Tracking, a meetup group that sponsors ghost hunts and other meetings to explore the paranormal world. Throughout the evening, we tried out various equipment, from thermal imagers, voice recorders for evps (electronic voice phenonemon), dowsing rods, cameras (both traditional and full-spectrum), EMF (electro-magnetic field) meters, spirit boxes, and even light-up cat toys. 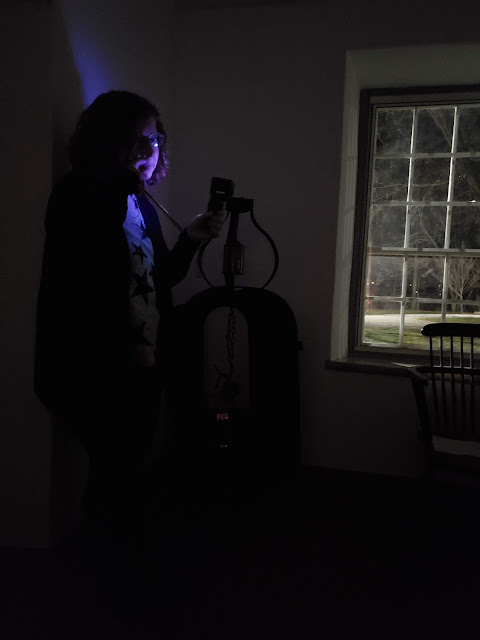 We think we may have had a discussion with either a young enslaved individual or servant (we never narrowed down the time period) and also members of the Howard family, although the responses weren't consistent and were sporadic, leaving much to doubt. Our imaginations may have filled in some of the gaps! 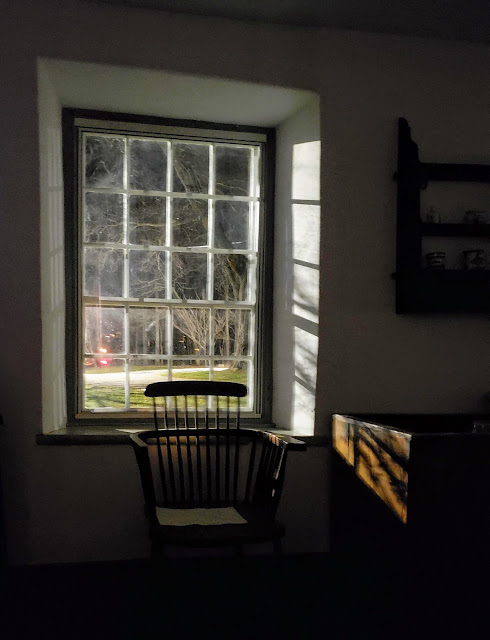 In one bedroom on the second floor, which had creeped me out when I was there earlier in the evening taking photos (with the lights on), we got nothing when we were there with our ghost hunting equipment and asking questions. Dead quiet. Then we moved across the hallway to another bedroom, and our dowsing rods sprang to life. 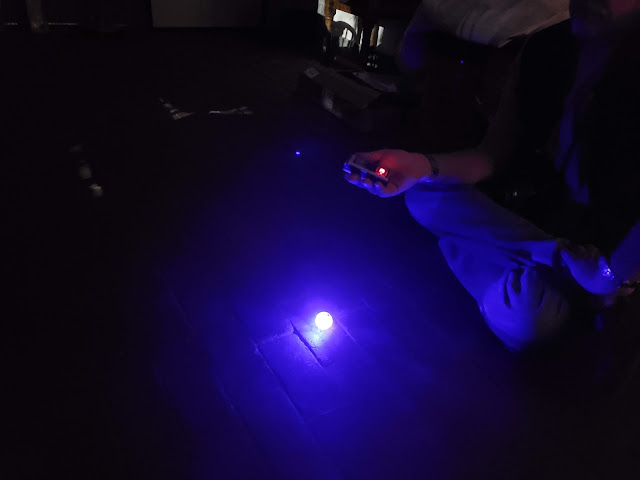 Later, we moved to the basement, where our EMF (for electro-magnetic field) reader flickered lackadaisically. Actually, the EMF barely moved at every location in the house, except in the dining room, although others who had visited previously with Inspired Ghost Tracking reported that the house had been quite active at times. 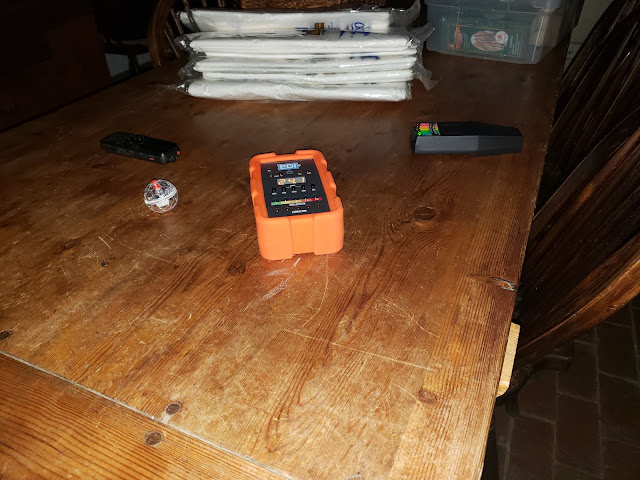 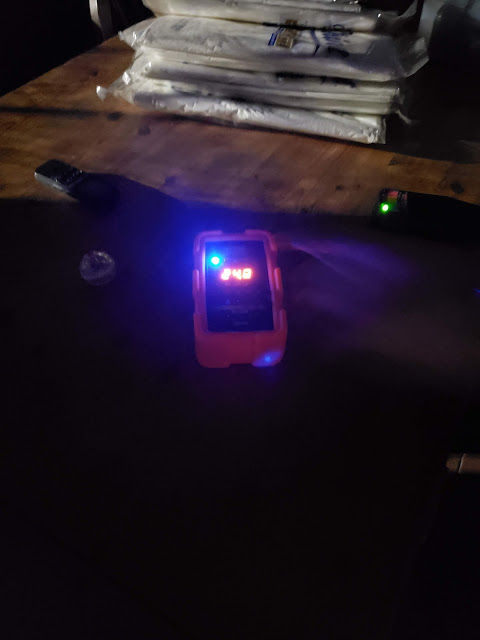 My camera didn't even catch any orbs during this visit -- it was really quiet during the entire evening. A spirit box session didn't throw out any words in response to questions. And we didn't notice any temperature fluctuations although we did get an unusual image of a really cold spot hovering above my friend, but I wonder if that could be debunked by the painting hanging behind her, above the couch. I have to admit, if it weren't for its reputation, I would have thought the mansion was NOT haunted (creepy feelings just aren't enough evidence). 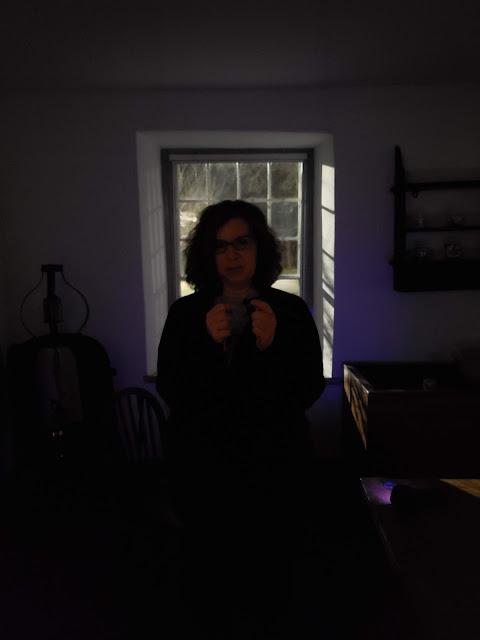 That said, I'd probably give it another try. Ghosts aren't trained seals, performing on command. And perhaps they didn't want to deal with visitors, or the environment just wasn't as conducive as it might be on other occasions. Who knows? 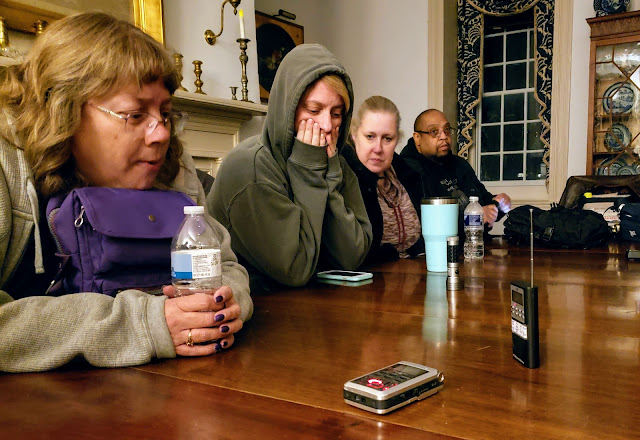 Know before you go: It's important to do your research before you go, so the questions you ask can be more pointed. Here's the info I think you should start with, if you're planning to visit Waverly Mansion on a ghost hunt:

Names of those enslaved on the property:

Names of the families which owned, managed or lived in the mansion (and roughly when): 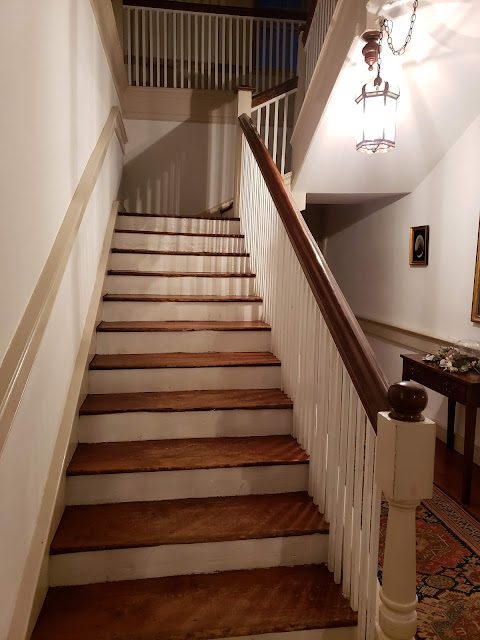 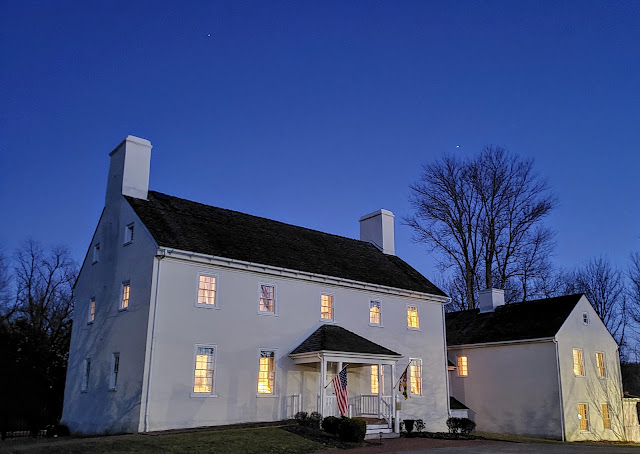