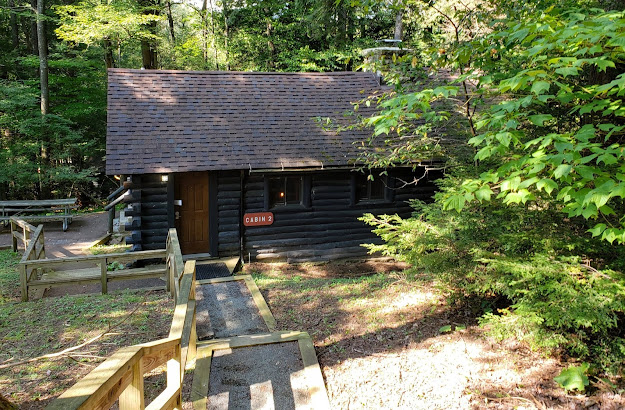 Nestled between Big Savage Mountain and the Eastern Continental Divide, New Germany State Park offers 10 miles of hiking, a lake to swim or kayak on, and of course, 12 cabins. 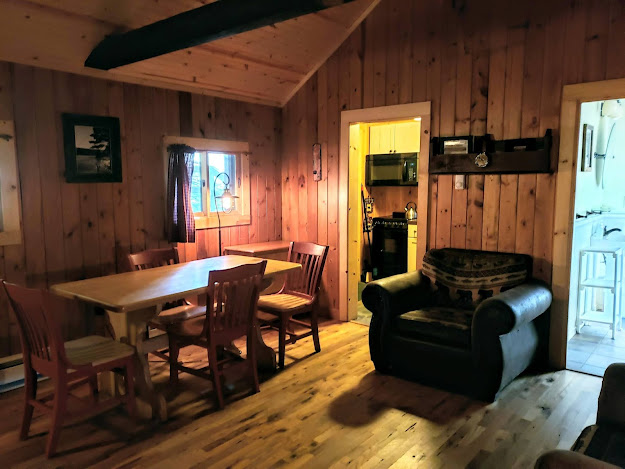 This was our first stay at a state park cabin. We're hooked. We're not into roughing it -- we consider no air-conditioning "glamping." So we glamped at New Germany State Park. 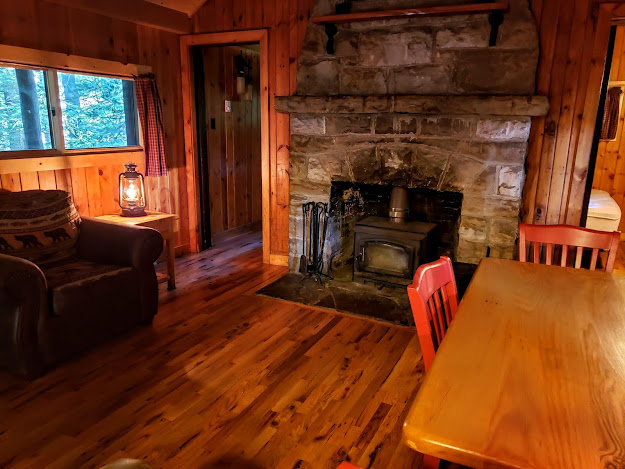 The cabin was cozy and comfortable and just right as a base of operations for two day of exploring all that Garrett County, in western Maryland, has to offer. 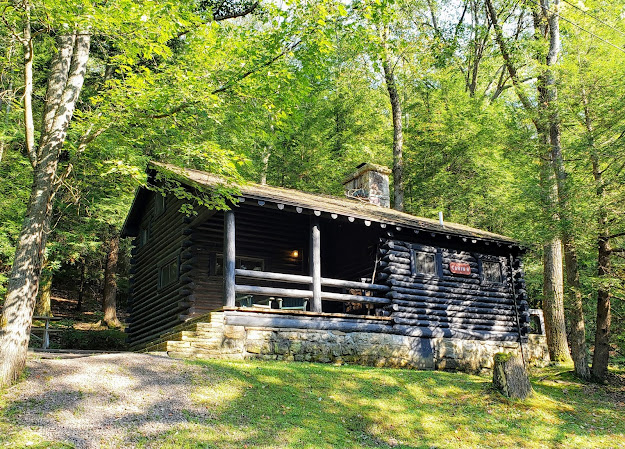 The two bedrooms weren't fancy -- just room enough for a night table and a queen-size bed in one, and a twin bed in the other. At night, with the windows open, we could hear the night-insect sounds -- one of my favorite sounds. On our first night, we heard an owl -- a first for me -- hoo hoo de hooing. I believe I heard him a several times that night, as I dreamt later that I'd heard it again. We did not see a bear or any other forest critters, to our disappointment, but we definitely saw evidence of bears, with scratch marks on logs and scat. 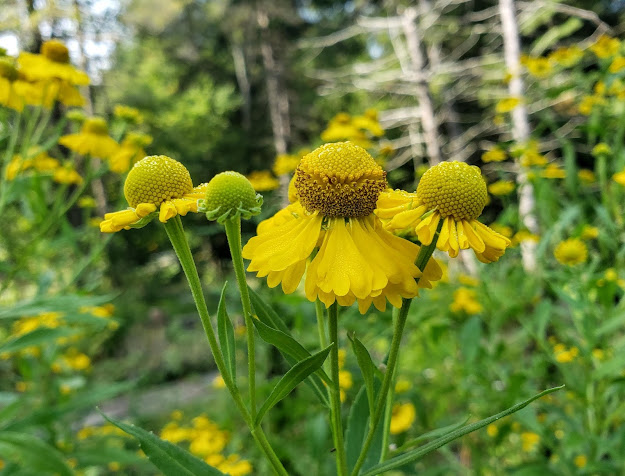 Cabins 1 -11 are historic, built in the late 1930s by the Civilian Conservation Corps, part of Roosevelt's New Deal that put out of work young men back to work in the 1930s. In western Maryland, that meant building trails and park roads and park buildings for Maryland's new state parks. 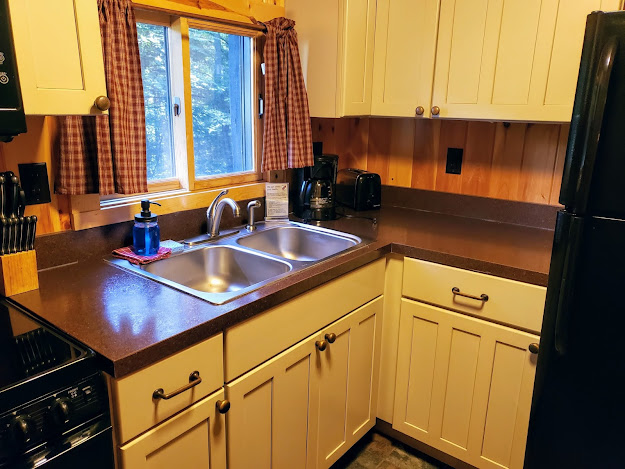 Each cabins features a beautiful stone fireplace; a full kitchen including a full-size refrigerator, microwave, four-burner stove/oven, a coffee maker and basic pans and dishes; electric heat, and rustic charm. 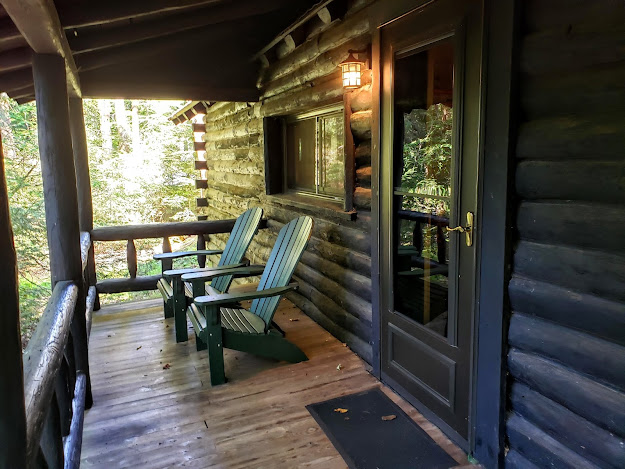 On each front porch are adirondack chairs that invite you to enjoy nature and contemplate your day. An outdoor grill and picnic table complete the cabin.

So what's the catch? Is there one? Yes -- you're out of cell phone range and there's no internet. Congrats! You get to disconnect for a few days. 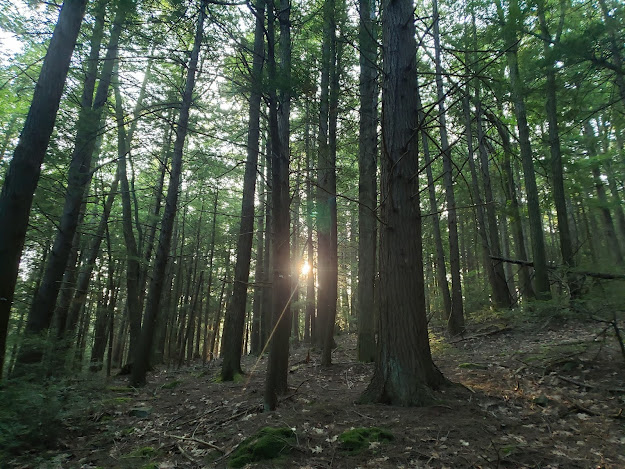 Although we suffered withdrawal, it was also a blessing. My sister and I hiked, reconnected, read books, played games, sat on the front porch doing nothing (which felt really good after a lot of hiking), and I learned to knit. 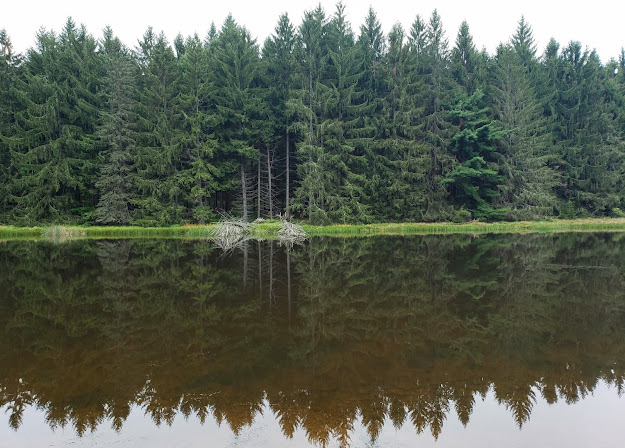 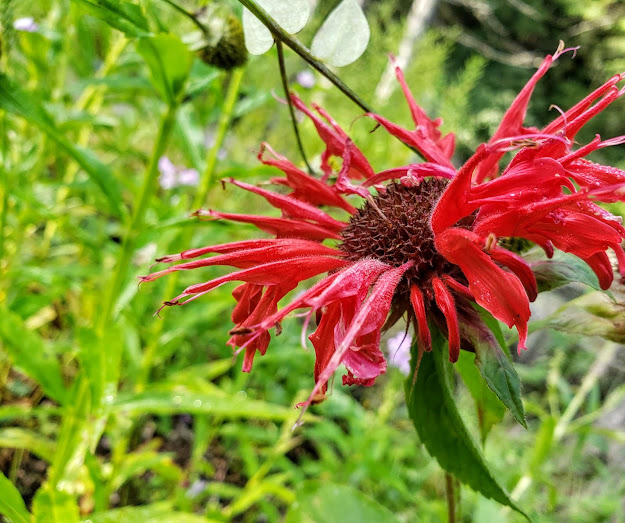 The park itself features 10 miles of hiking trails and a man-made lake that includes a beach for swimming. 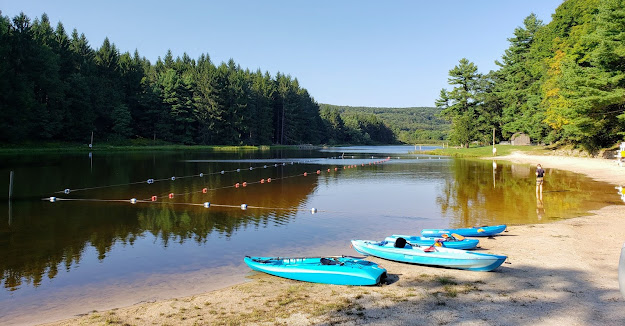 Open year round, New Germany State Park has a lot to offer in every season. During the winter months, you can rent cross-country skis or snowshoes to take out on the trails, which are professionally tracked and groomed for skiing. We want to try out snowshoeing, so we're already making plans to return during the winter. 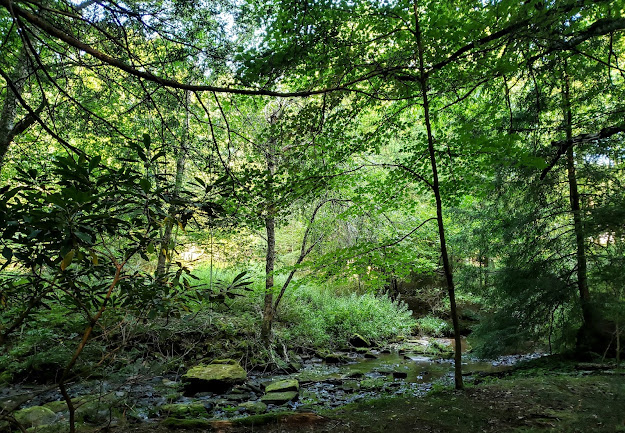 During the summer, you can swim in the lake or rent paddle boards or kayaks. 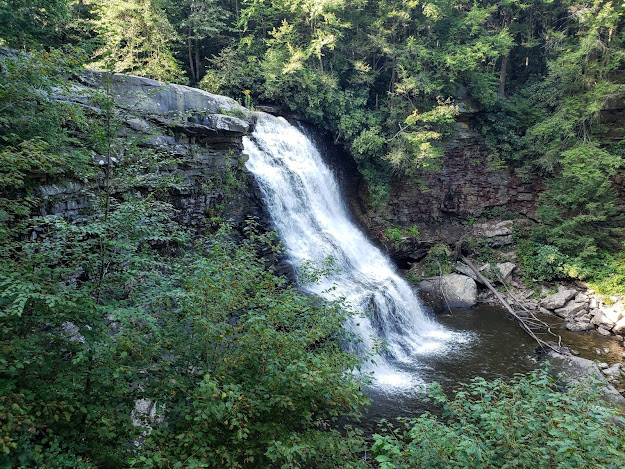 If you're into biking, the Great Allegheny Passage is nearby and while reading the comments previous guests had left, apparently that was the draw for a number of folks who stayed at the cabin. 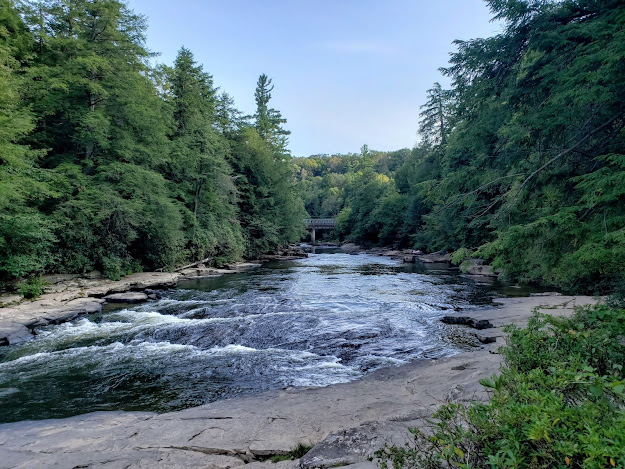 In addition, you're not far away from both the Youghiogheny and Casselman rivers, American history spanning from the French & Indian War through the 20th century, and the promise of endless outdoor adventures! 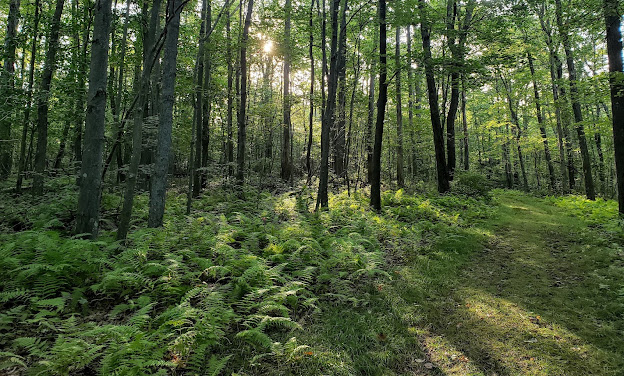 Know before you go: Bring a fan, since there's no air conditioning. You'll also need to bring your own sheets and towels and blankets. Finally, there's neither cell phone service nor internet. 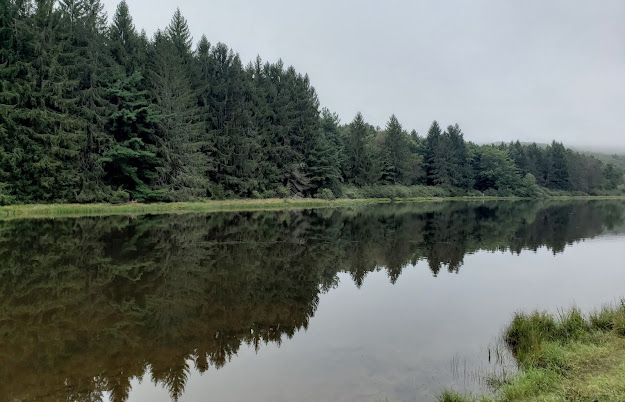 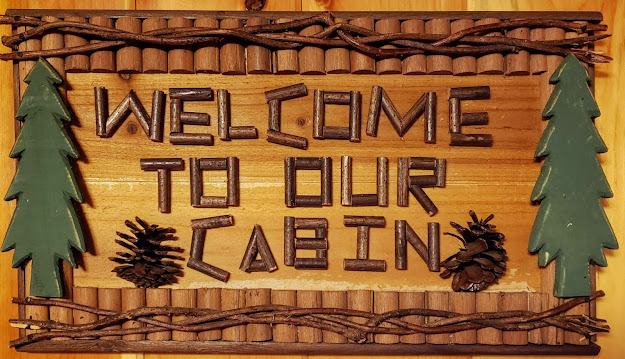