10 Spooky and Haunted Daytrips in the MidAtlantic 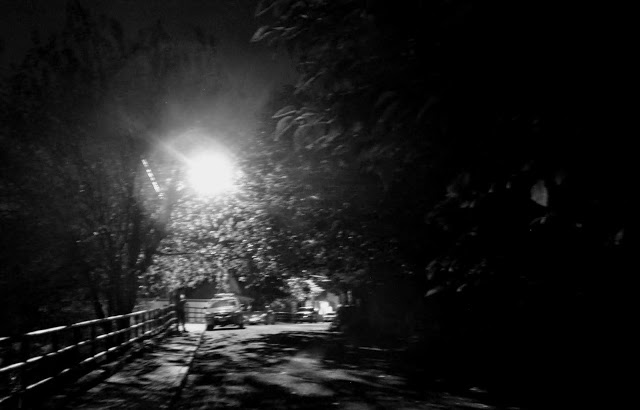 Take a tour of the spooky MidAtlantic states -- or if you dare to go see the ghosts and ghouls and more yourself, check out the places below.


Pennhurst Home for the Feeble Minded

Pennhurst State School and Home for the Feebleminded still haunts Spring City, PA. The facility began its service to Pennsylvania in 1908 as an institution for mentally and physically disabled individuals. It closed its doors in the 1980s, only re-opening in 2010 as a museum and seasonal Halloween attraction. 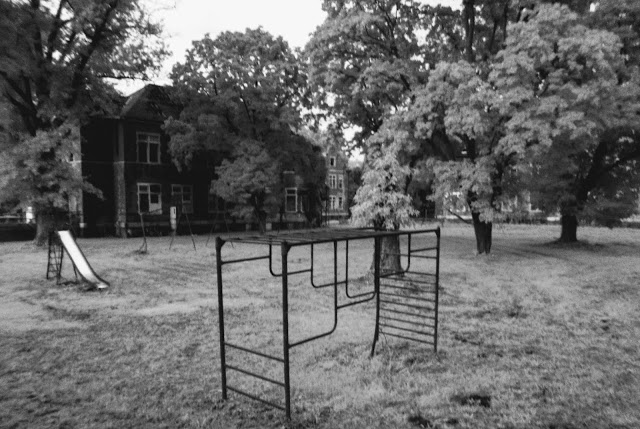 This place is both haunted and haunting -- all the lives wasted there only because they were "different." Such a place of tragedy and sadness. No wonder it's haunted. 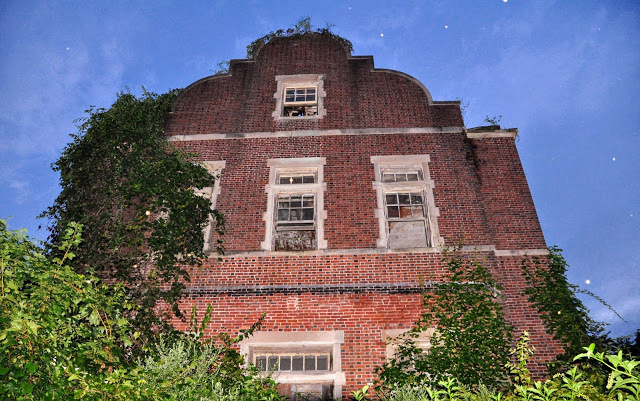 Click here to discover what a former inhabitant, "Gertrude," thinks about her nickname. Do you dare to spend the night there and call her "Gertie"?

Sometimes referred to as the West Virginia Penitentiary, Moundsville Penitentiary is one of the scariest places to visit in West Virginia. You can easily find ghost hunts at night in this former state penitentiary or go on a daytime historic tour of the facility to learn its history and more about its inhabitants.

Paranormal groups and enthusiast travel guides consider WV Penitentiary to be one of the most haunted prisons in the United States, with ghost stories originating as early as the 1930s. Legends include the prison occupying the site of a Native American burial ground, which makes sense, since the Grave Creek Burial Mound is right across the street, and it and other Adena burial mounds in the area provided the town with its name. It also makes absolute sense that a prison so violent that it had to be shut down -- the Department of Justice’s Top Ten list of most violent correctional facilities in the nation included it -- would hold so much paranormal activity. 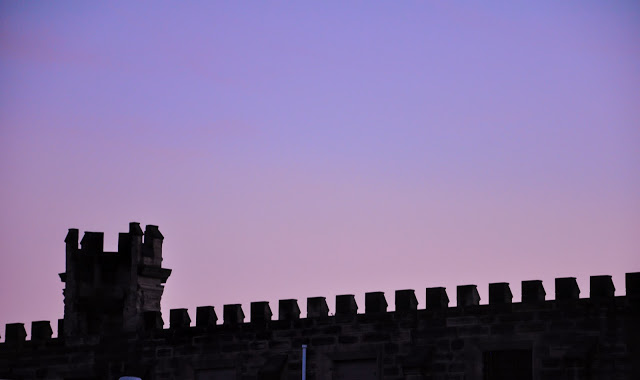 Learn about the ghosts at Moundsville Penitentiary here. For more about the historic daytime tours, click here. 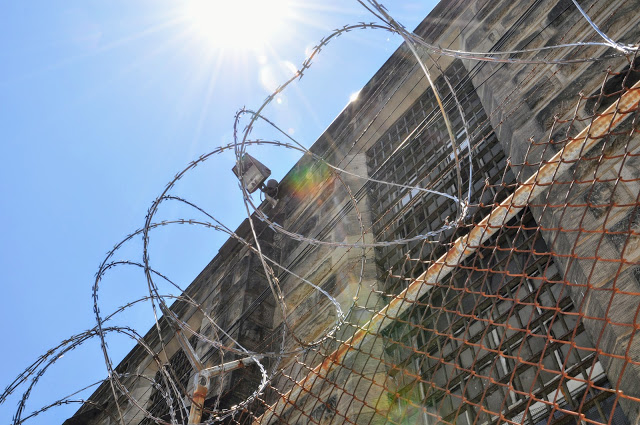 Until child labor laws went into effect in the early 1900s, children as young as 14 and 15 were employed at the Carrier Furnaces Steel Mill on the outskirts of Pittsburgh. As with the adults, many sustained injuries, some of them mortal. Women worked at the mill as well, often as carriers of water to the men working in the extreme heat of the mill. They were also exposed to many of the hazards of working in such a perilous environment. Needless to say, there were many deaths of the men, women, and children working there. Voices and shadow figures have been captured on multiple occasions at the steel mill.

For almost 200 years, Fort Monroe has guarded the navigation channel between the Chesapeake Bay and Hampton Roads -- the natural harbor, or roadstead, at the confluence of the Elizabeth, the Nansemond and the James rivers. Surrounded by a moat, the seven-sided star fort is the largest stone fort ever built in the United States. 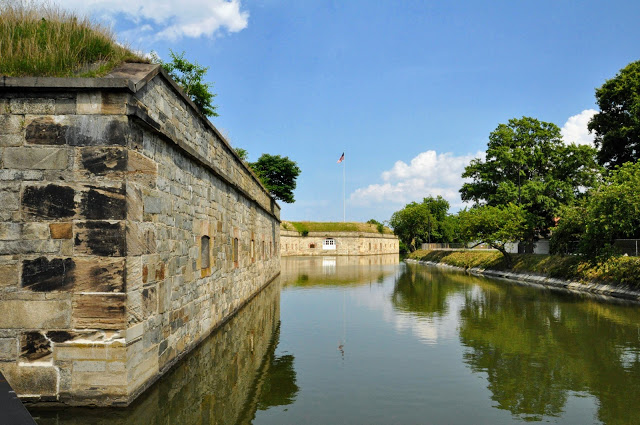 For two years after he was captured at the end of the Civil War, the former Confederate President, Jefferson Davis, was imprisoned at the fort. His first months of confinement were spent in a cell of the casemate fort walls that is now part of its Casemate Museum, which chronicles the military history of Fort Monroe from the construction of Fort Algernourne, the first defensive fortification at the site in 1609, through the last major command to be headquartered at Fort Monroe, the Army’s Training and Doctrine Command. 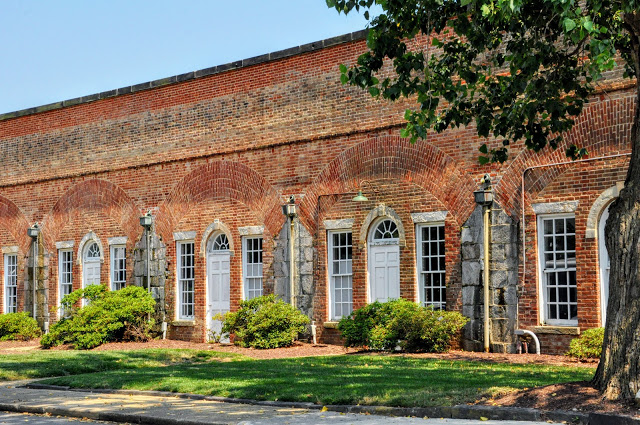 Residents on Fort Monroe have reported seeing figures in the ramparts. Tour guides and staff of the Casemate Museum have reported hearing voices and unexplained knocks and bangs. 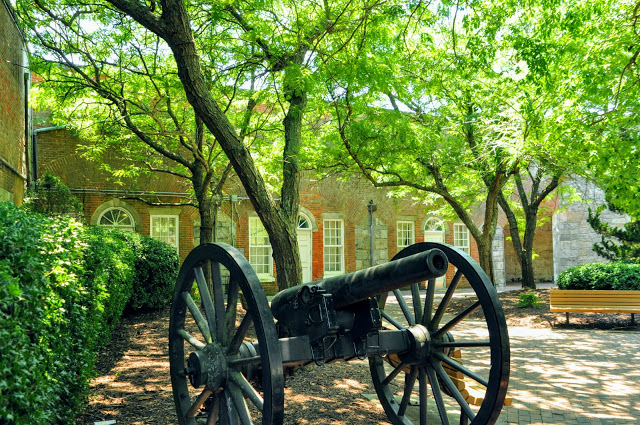 Fort Delaware, now a Delaware state park, is located on Pea Patch Island, in the mouth of the Delaware River. It served as defense for one of our country's most important cities in the early 1800s: Philadelphia. The walls stand surrounded by a moat of brackish water.

This fort will capture your imagination!

Fort Delaware, like many of the other forts in the U.S., never saw a shot fired during a war. Its working life spanned from before the Civil War through the Second World War, but mostly served as a prisoner of war camp during all three major conflicts (most of the Confederates taken prisoner during Gettysburg were confined at Fort Delaware). 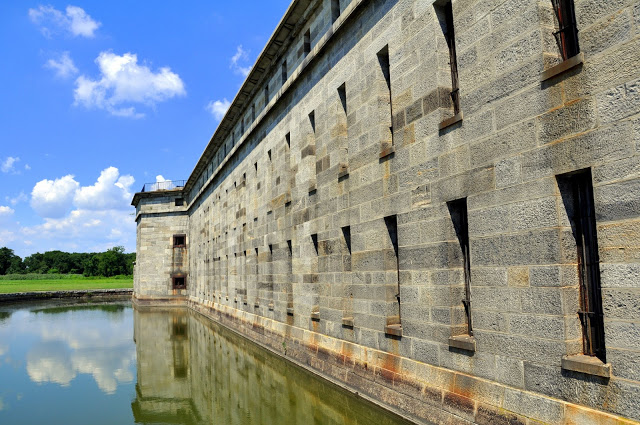 Now a museum run by Delware State Parks, it's undeniable that the place is terribly haunted. Tour guides have reported seeing figures disappeaer into thin air, hearing whispers and voices, and other unexplainable phenomena. Several ghost hunting shows have aired from the isolated fort. Find out more about this spooky place and its history here. 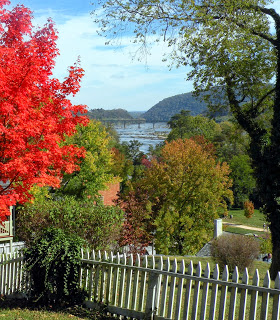 The lower part of Harpers Ferry is located within the Harpers Ferry National Historical Park. Harpers Ferry is quaint, historic, and has both ice cream parlors and some tasty cafes to check out, along with some art boutiques, an historic candy shop, and a variety of touristy Civil War flavored type places. It has everything: incredible scenic views, historic buildings, ruins, history, and of course, ghosts. 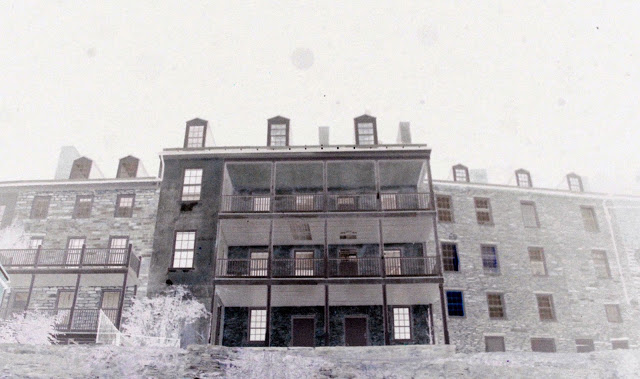 In addition to a couple hundred years of history, Harpers Ferry was NOT the place to be during the Civil War, although just as clearly, its factories and mills, and access to two rivers, railroads and an important canal made it a strategic location with much to offer whichever side controlled it. All this means a lot of folks died in and around the town. With the two rivers, the stone buildings, it has all the ingredients for hauntings and paranormal activity. 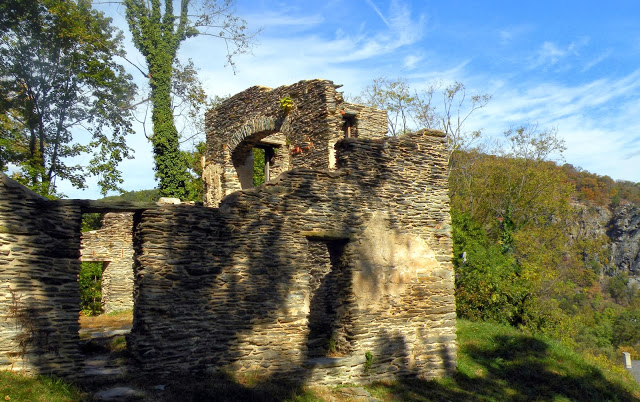 One of the best ways to learn about this haunted history is through a ghost walk through the town, which reveals the intimate history of its inhabitants and most famous ghosts. 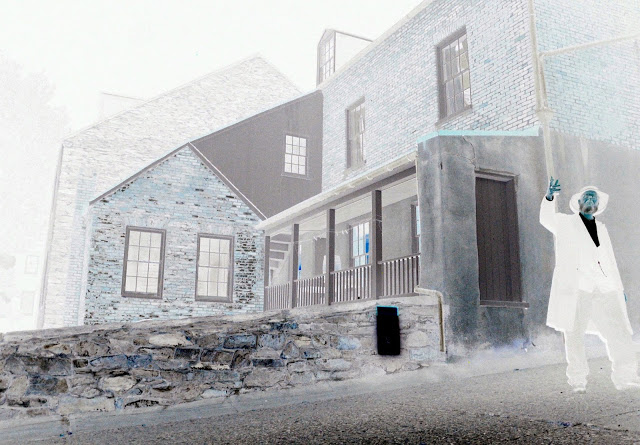 The story of TALA is a sad one. The original hospital, designed to house 250 patients, opened in 1864 and reached its peak in the 1950s with 2,400 patients in overcrowded and generally poor conditions. Thus, although it was built and opened with the intent of providing humane treatment for the mentally ill -- somehow through the years, it didn't maintain those high goals. It seems a trend that has endlessly repeated itself throughout many of the large institutions -- schools, penitentiaries, and asylums.

Thus, it became a place of heartbreak, cruelty and sadness -- a deep melancholy that seeped into the bricks and mortar and now echoes down the hallways when nobody is looking. 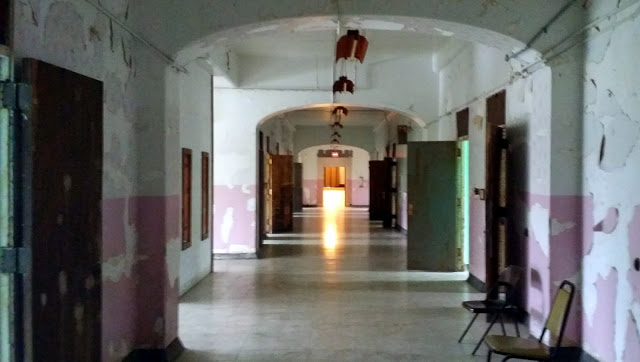 Currently several wings have been restored to near original condition, while other parts of the several buildings that make up the complex continue to deteriorate. This place is a favorite of ghost hunting groups -- both the ones on TV and regional ones who frequently offer public ghost hunting tours. 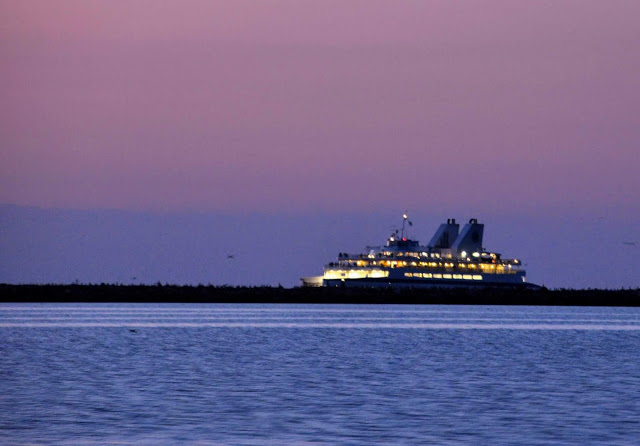 From the founding of Lewes in 1631 and the massacre of its settlement the following year, to the unknown sailors’ cemetery at the Cape May-Lewes Ferry, some residents never seem to depart.

Lewes is more than a beach resort town, and more than "just" a pleasant, quaint town (although it is that!) to visit in the off-season. It's a town with a rich history of shipwrecks, souls and forgotten cemeteries. Multiple buildings are reported to be haunted in town, but there are also haunted lighthouses and ferry terminals. Even the nearby state park, where the historic Fort Miles is located, has its own hauntings. 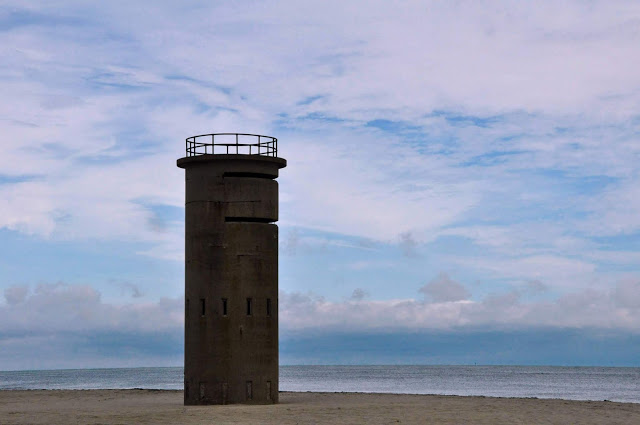 The site of the most famous Civil War battle, Gettysburg has certainly had more than its fair share of death and destruction. The battlefields, preserved in a national park, are famously haunted -- the Devils Den is particularly known for ghostly activity. But numerous other buildings throughout the town are as well, and the almost-as-famous Gettysburg ghost tours will take you to these various places. 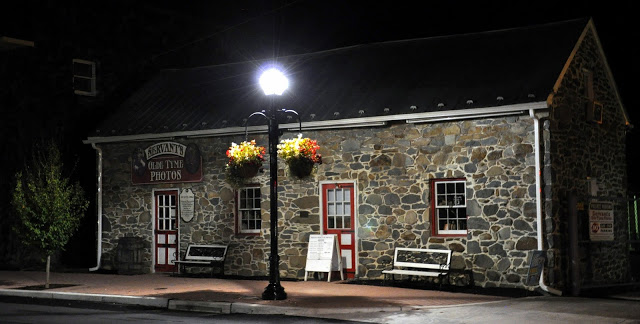 Numerous bed and breakfast inns are likewise haunted, for a variety of reasons. Check into Farnsworth House, Cashtown Inn, and the Battlefield Bed and Breakfast Inn for just a few examples! 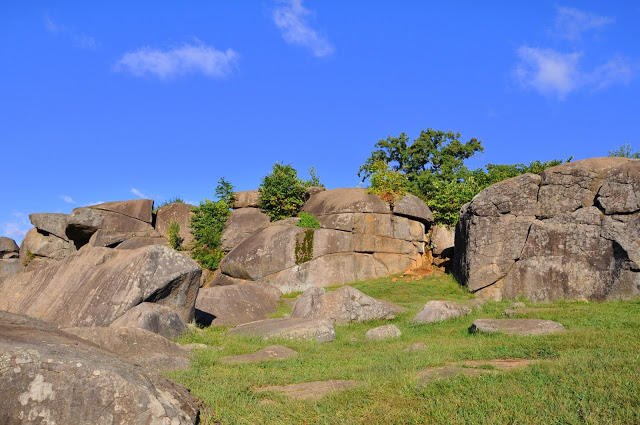 In addition, while touring the Shriver House Museum, we experienced the haunting for ourselves, including a photo with an unexplained, shifting mist and doors slamming. Several Confederate sharp shooters died in the attic of Shriver House, where I photographed the mist; the house also was used as a hospital after the battle. 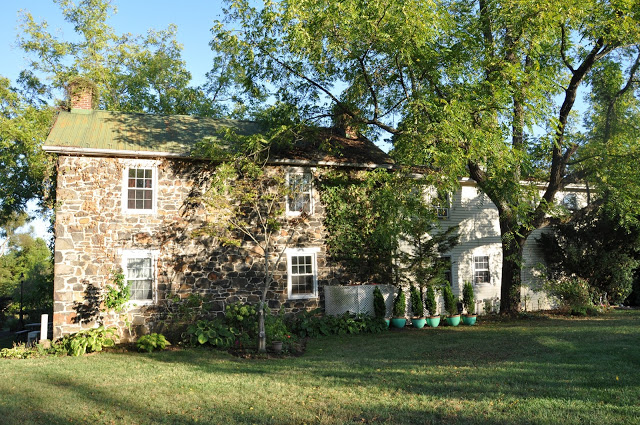 By day, Eastern State Penitentiary is a museum dedicated to educating the public about the history of both the penitentiary itself and incarceration in America. By night, it's one of the most haunted -- and scariest -- places in the mid-Atlantic! 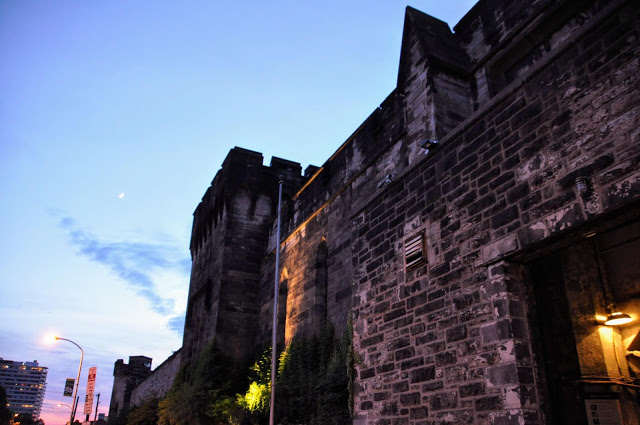 Undeniably one of the most famous places on this list, Eastern State has been featured on numerous ghost hunting shows, including Ghost Hunters Halloween Special. 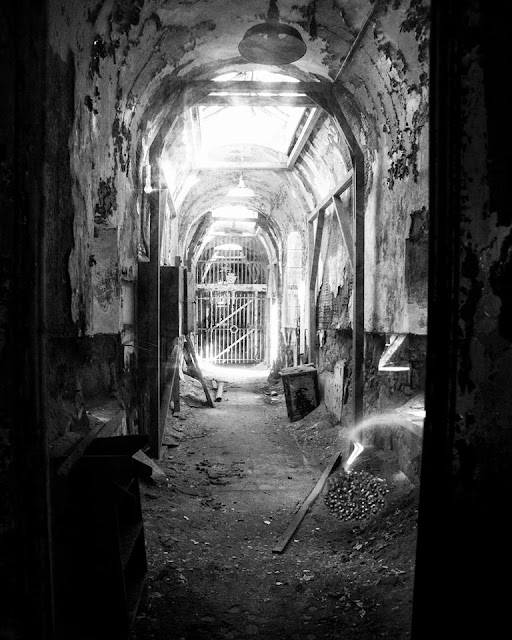 It is a ghost hunter's dream: shadowy figures, mysterious laughter, and footsteps have all been reported. EVPs are not uncommon. (EVP stands for electronic voice phenomena -- the process of seeing or hearing a dead person or people through the use of modern electronic devices.) Discover the darkness at Eastern State and our ghost hunting adventures here.

Looking for a haunted hotel? Dare to check in here.