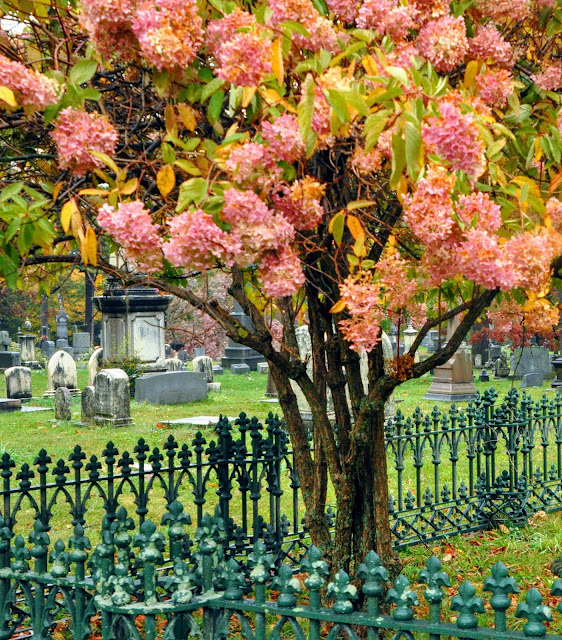 The Albany Rural Cemetery is as much a park as it is a burial ground. There are a variety of species of trees, and the roads lead you through undulating hills.
But it is a cemetery, and there are some interesting monuments, as well as a few famous people, buried there, including one former president, Chester Arthur, the United States' 21st president.

Before Albany Rural Cemetery was established, people began objecting to the over-crowded church burial grounds within the Albany city limits. 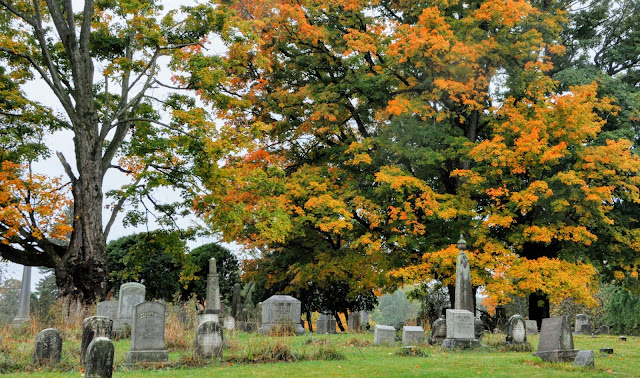 The concept of rural garden cemeteries -- "rural" because these were usually a few miles outside of the cities -- were just becoming the fashion, and the citizens of Albany wanted their own.
Thus, Albany Rural, true to its name, opened October 7, 1844; it is one of the oldest examples of this style of picturesque cemeteries in the country.
The rural cemetery movement reflected how death was beginning to be viewed. Gone was the puritanical pessimism, and in came images of hope, immortality and salvation. 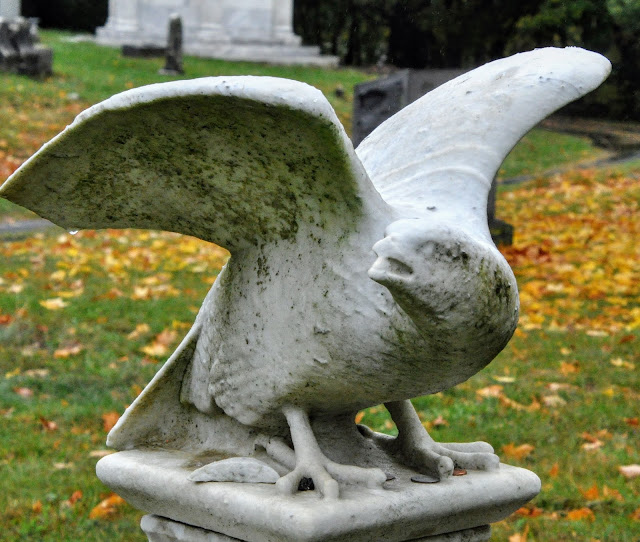 You'll find beautiful angels and hopeful cherubs, doves, as well as botanical motifs such as ivy representing memory, oak leaves for immortality, poppies for sleep and acorns for life. 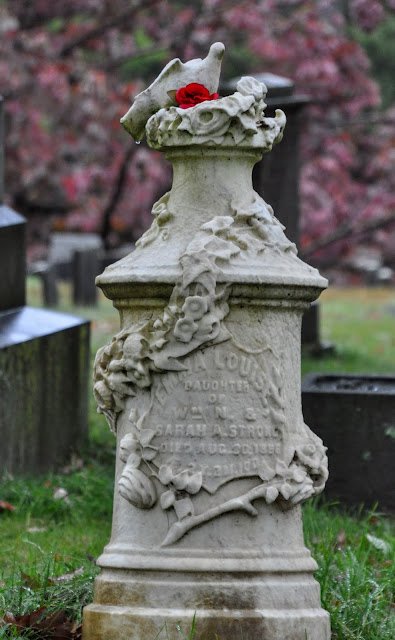 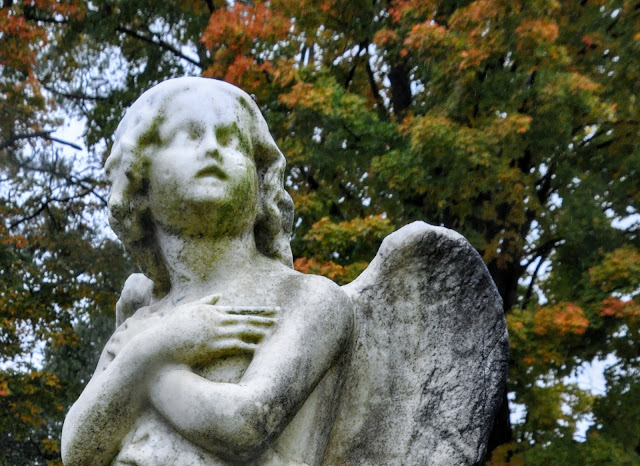 If you like ghosts, then this cemetery, unlike most others, might offer you some good ghost-hunting -- or at the very least, some interesting ghost stories. 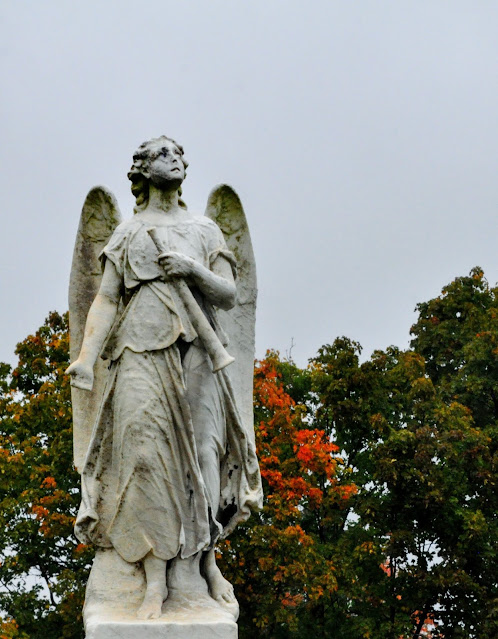 There's the ghost horse, who died suddenly after bolting from its owners and careening into a headstone. Or the young girl who wanders the grounds in a long gown -- still trying to get to her Prom. On the right days, you may find yourself face to face with a mysterious and sad lady in gray, who likely drowned in a nearby pond. Or you may encounter Anna Osterhoudt, who shot herself on her husband's grave or Mary Douglass Scott, who drank arsenic on the cemetery grounds, and died alone and forlorn.

Then, as now, the Albany Rural Cemetery is a beautiful and peaceful location to walk, run, ride a bike, or take a drive along its winding roads, wooded hills and beautiful burial monuments. 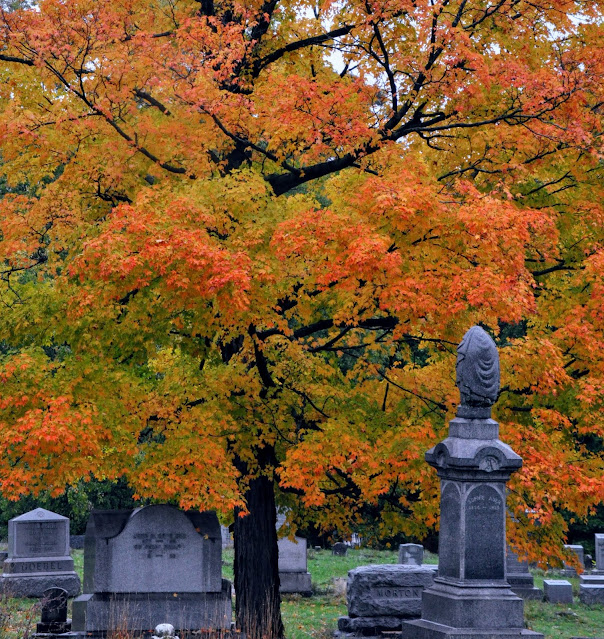 It is also a beautiful place to visit to enjoy the autumn foliage.
Among the more than 135,000 people buried in Albany Rural Cemetery are a panoply of famous and interesting people. 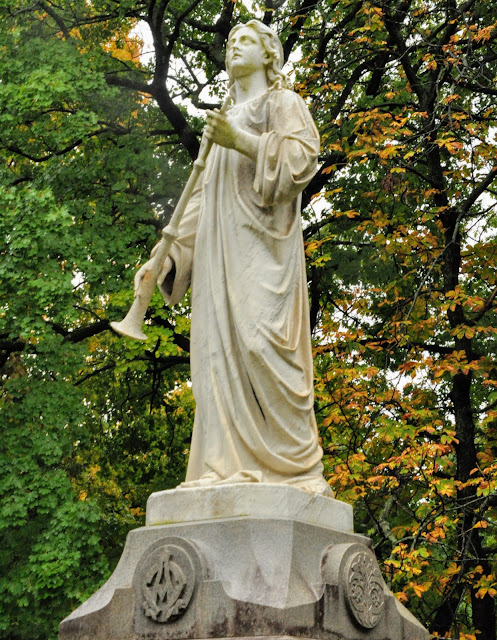 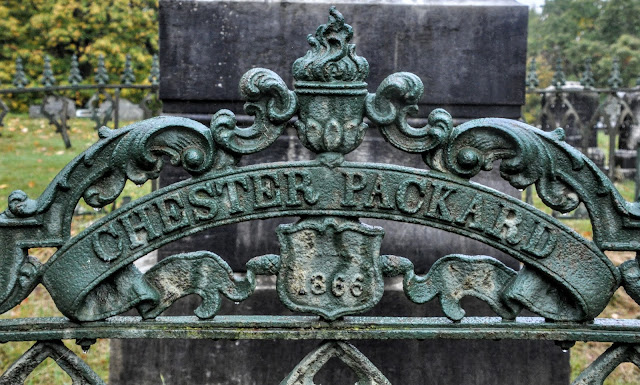 In addition to former president Chester A Arthur, you'll find 34 members of Congress, eight presidential Cabinet members, five New York State governors, and 55 mayors of the City of Albany. And of course, the cemetery is also the permanent home for many artists, architects, sculptors, writers and business people as well as those who served and died in the Civil War.

Know before you go: This is still an active cemetery, so please be respectful if you encounter mourners or a funeral. Move to a different section and avoid photographing toward the group. 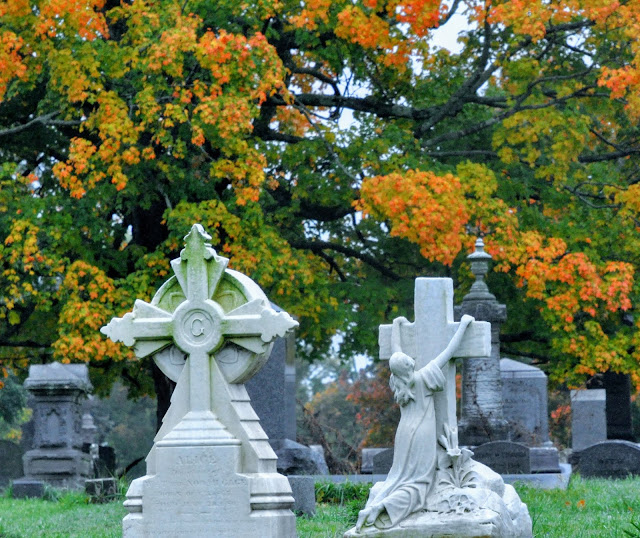