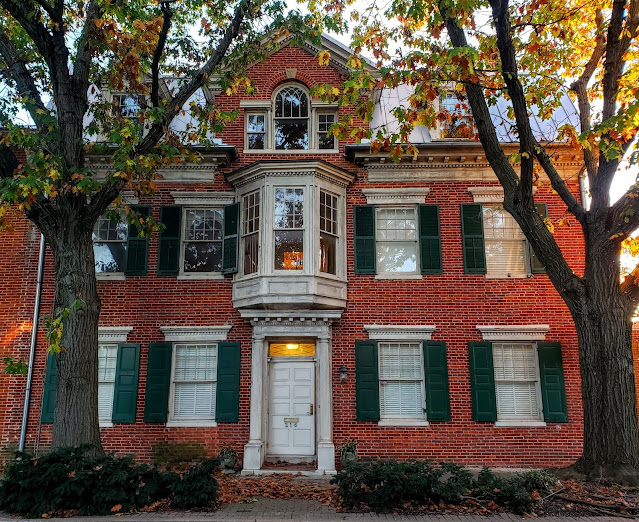 Westminster, an historic town in central Maryland, has a lot of history, many historical buildings and with that history and historic buildings, some say the town also has ghosts.

Built around 1820, the building at 216 E Main Street, known as Cockey's Tavern, provided a home for several families over the years, including the Cockeys) before serving as a tavern, a boarding house, a restaurant, and finally, a museum for the Historical Society of Carroll County. 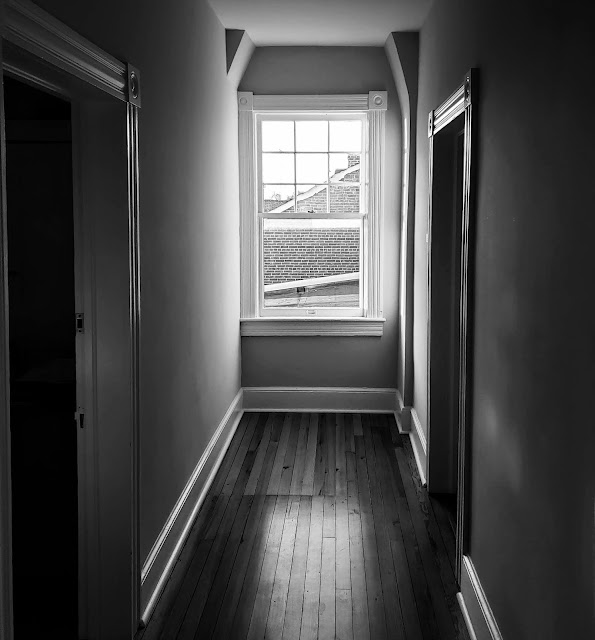 By the early 1830s, the home served as a tavern, run by Joshua Cockey. This building is haunted by the apparition of a soldier, who has been heard marching up a flight of stairs to the second floor. Doors often slam for no apparent reason, and one particular painting, often believed to be of General Ulyssis Grant but is actually of an unknown gentlemen (it's frequently mis-identified), often gets dropped from the wall where it hangs.
During the Civil War, it's believed that Confederate General J.E.B. Stuart briefly used the building as a temporary headquarters leading up to the Battle of Gettysburg. Later on, Confederate sympathizer John Brooke Boyle acquired the property in 1872; both of his sons served in the Confederate army, and some speculate that the resident ghost may be one of his sons.

The property stayed in Boyle’s family until the 1920s when it was bought by Frank and Mary Hoffman, who renamed the property Hoffman’s Inn. It was both a boarding house and restaurant. In 1969 Hoffman’s Inn again became known as Cockey’s Tavern, a name that stayed with the property ever since. In 2000, a fire that devastated parts of the first floor and former enclosed back porch shut down the restaurant. The Historical Society of Carroll County bought and restored the building in 2009 and it is now a museum of Carroll County history. 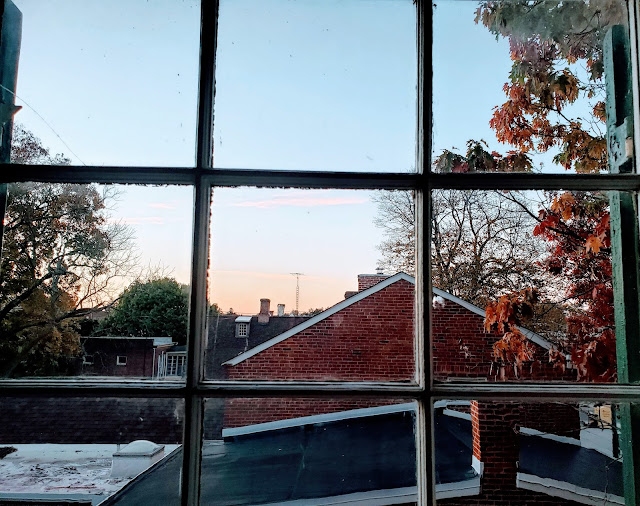 The historical society often allows paranormal investigations at the historic building. A curator from the museum on the night we were there said she's heard heavy footsteps going up the first floor stairs.

The evening started with the realization that several pieces of equipment, despite being loaded with new batteries, were drained. Likewise, my husband's phone charger, which had been fully charged, was found to be out of juice. The evening looked promising.

Once the ghost hunt formally started -- we were divided into two groups, with one heading down to the basement and the other up to the second floor -- the expectations didn't translate to actual performance.

The EMF readers were non-conclusive, as all the outlets seemed to be exuding a lot of energy, not shocking giving the historic building's antique wiring. The cat ball stayed dark. Things just weren't clicking. It seemed as if the entitites had retreated to their safe space: they didn't want us here and they didn't want to play.

In fact, it seemed as if any activity taking place was occuring in another room -- whichever room we weren't in. A few times I wondered off from the main group, crossing the hall to take a few photos into a room. I'd get a few orbs the first few photos, then nothing as I continued shooting. I didn't get any orbs from photos I took in a room the group was in, which also corresponded to the lack of activity on our EMFs (other than from the electrical wiring itself), the K-2 meter, and even our cat ball. 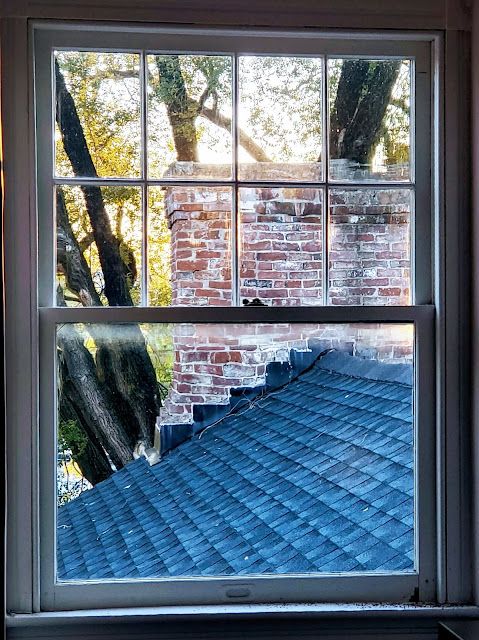 The exception to the activity was the basement. The other group heard footsteps on the first floor above them when they were in the basement -- so much commotion that they trotted upstairs, believing it was time to switch locations. But our group was busy on the third floor, and tests afterward revealed that the sound from a bunch of people on the third floor doesn't transfer to the first floor. 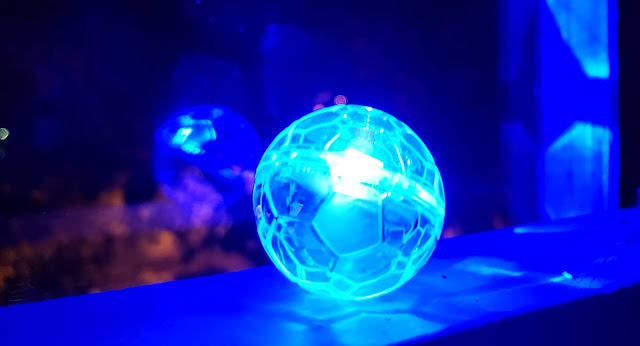 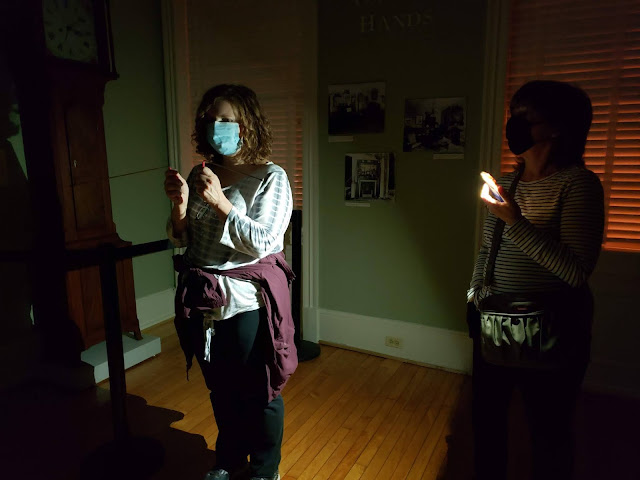 But between those two questions, Lisa heard a hiss, coming from her location in a corner of the basement. She moved closer to the rest of the group, standing near me. Right after we asked a second time about hiding, and the ball lit up again, we both heard "aahhh."

The only other significant activity was during a dowsing rod session. The rods seemed to be responding to Lisa; another ghost hunter was asking a variety of questions. It was then that I felt a touch on my hand -- almost like a how a whisper would feel, and then it was gone. The entity had just been asked "Where are you standing" and the dowsing rods pointed to a spot between Lisa and me.

There is a lot of controversy about orbs. Many in the paranormal field believe orbs are not a good indication of paranormal activity -- they could be dust or bugs (or dust or whatever).

But some believe orbs are signs of ghosts. I'm in the latter camp, although I reserve some doubt. During this ghost hunt, it seemed that all the orbs in photos were caught outside of the rooms where the group was asking questions, etc.

When you take photos, it's best to take a string of photos -- at least two, with three or more being optimal. I was often taking five or six in a row in a position, then shifting and taking another string. I've included the orb photos here: you can decide for yourselves whether this signifies paranormal activity.

If you want more ghosts in Westminster, then check out the Paranormal Walking Tour at http://www.westminstermd.gov/DocumentCenter/View/183/Ghost_Walk_Tour2009

Hours: Your group must work with the Carroll County Historical Society to arrange a ghost hunt at this location. We participated as part of the Inspired Ghost Trackers meetup group. 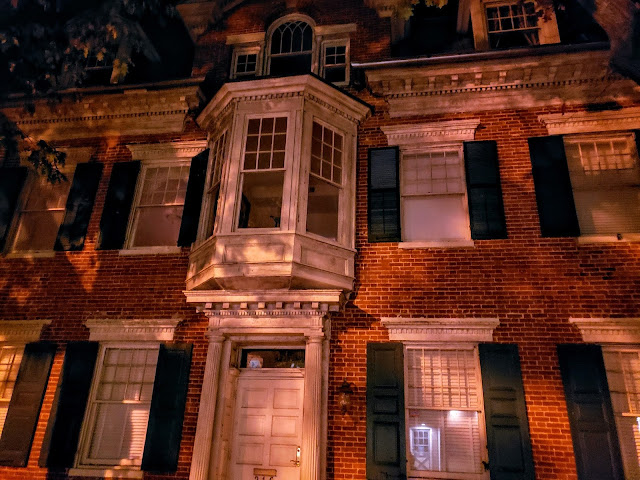