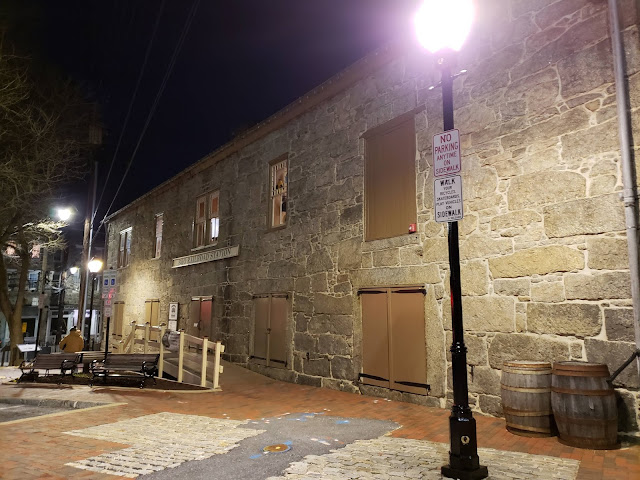 The Ellicott City Station is the oldest remaining passenger train station in the United States, and one of the oldest in the world. It was built in 1830 as the terminus of the Baltimore and Ohio Railroad line from Baltimore to Ellicott City -- then called Ellicott's Mills -- and a facility to service steam locomotives at the end of the 13-mile run. The station, a National Historic Landmark, is now a museum.

And it's got ghosts. 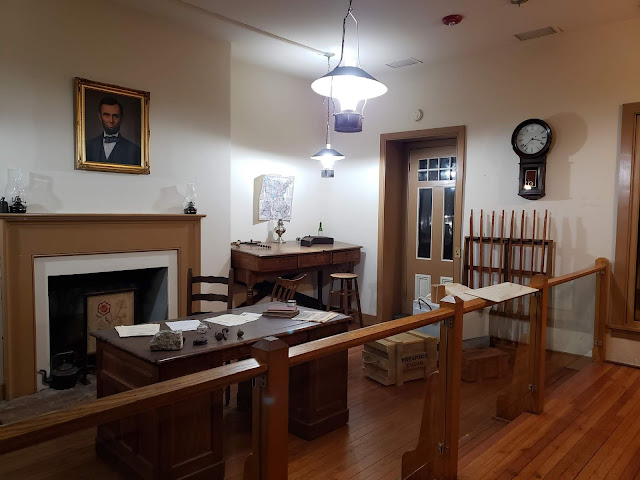 Periodically, Howard County Parks and Rec, as well as local ghost hunting groups, offer public ghost hunts of the museum. We went on a chilly February evening, and were joined by just four other individuals. 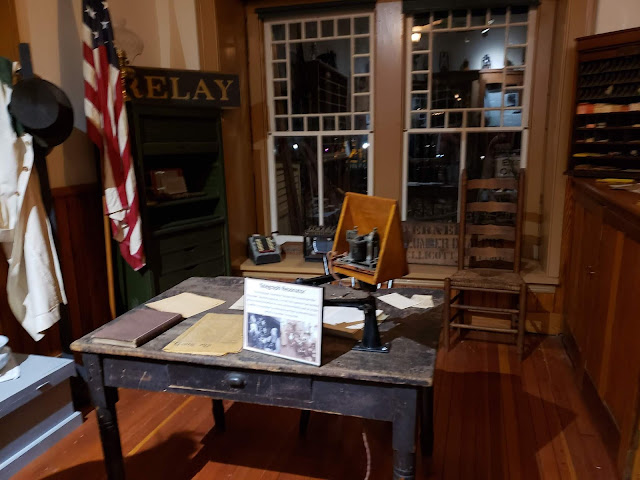 Twenty-five years after the station was built, it was converted to accommodate passengers. Women waited on one side of the wall partitioning the second-floor ticket office, men on the other.

The ghost hunt started with a brief tour of the museum, including a discussion of ghost hunting equipment, which were provided by Howard County Parks & Rec. 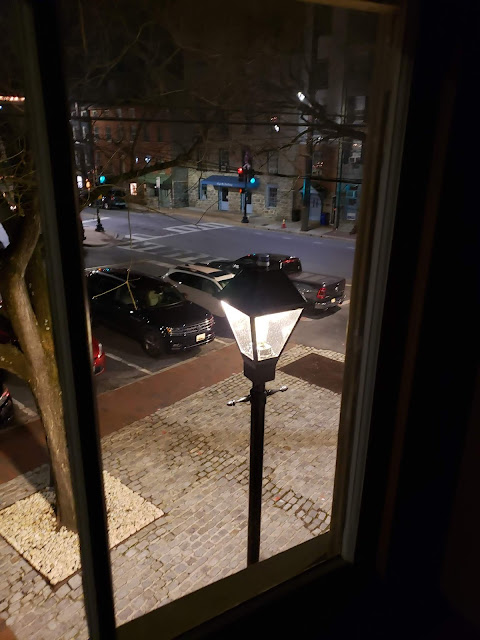 The museum is reportedly haunted by a ghost that has been named “Charlie,” believed to be a former worker at the station. During the Civil War, train cars filled with Confederate prisoners of war rolled through the town, sometimes stopping.  During Civil War re-enactments the apparition of a union soldier has been seen. 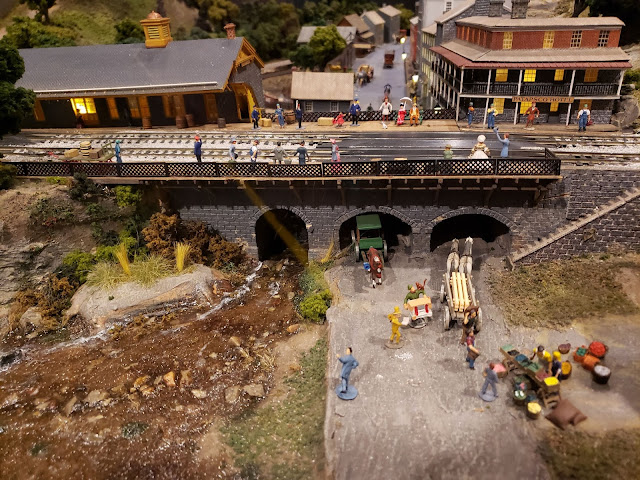 The two-story station, built at the end of the Oliver Viaduct in 1831 as the railroad's first terminal as it expanded west to Wheeling, WV. Originally built to handle freight, passengers increasingly used the station as a transfer point to get onto stagecoaches headed for the Frederick Turnpike.

Doors are low -- originally the station was only meant for loading farm goods and other freight and Ellicott Mills was, as it name implied, a bustling mill town -- to send the 13 miles into Baltimore. The station building was designed to allow engines to be pulled in on the upper level so that they could be worked on from below -- the second story of the station is level with the rails. 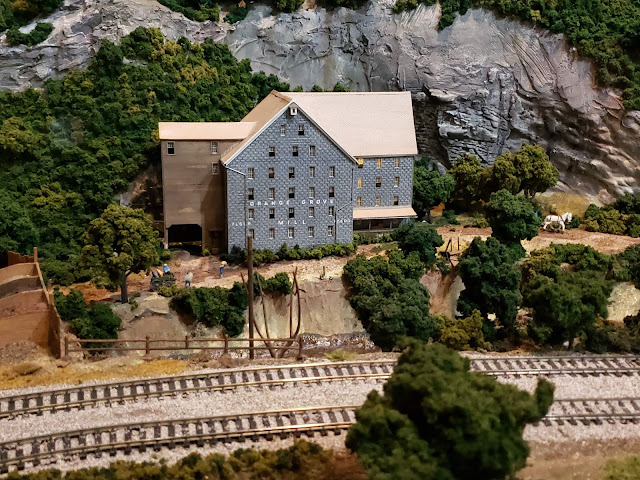 The freight building, which now houses a diarama of Ellicott City, depicting the town when it was just a small bustling mill village called Ellicott Mills, is where Charlie is likely to make himself known. In fact, that's where we headed first after the tour of the museum. It's a creepy building when the lights are on. It's even creepier when the lights are off. 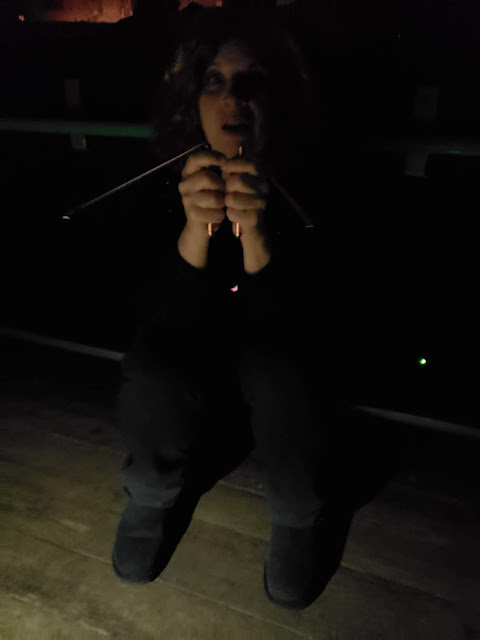 We used both the EMF (electro-magnetic field meter) and dowsing rods.

Sometimes the dowsing rods are just dead. They don't move for me, not even a quiver. This night, though, they were on fire. Combined with the EMF lighting up, we had a "conversation" with "Charlie" indicating he was not just passing through, that he had worked on the railroad or at the station. 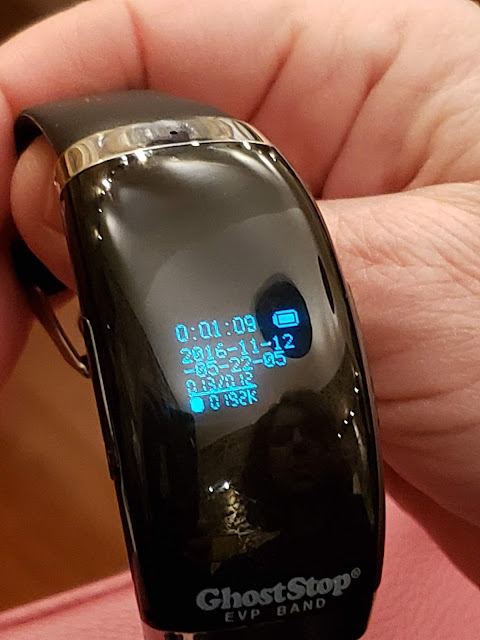 After that we headed back into the main part of the station, but from then on, we didn't find much activity at all, to our disappointment. We should have stayed in the freight building. 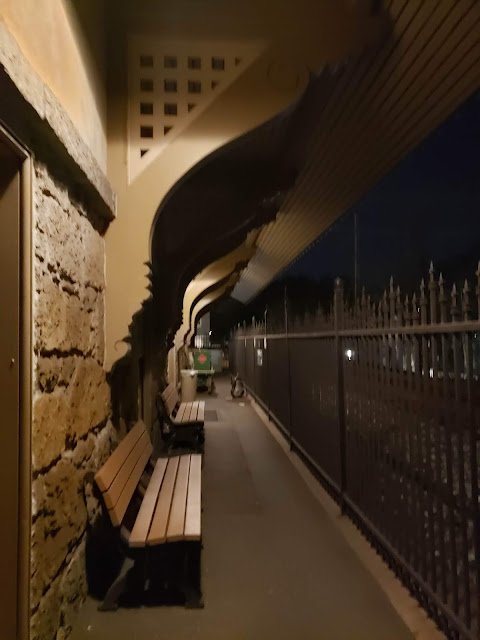 All in all, though, it was fun. We learned a lot about the history of this historic railroad station and the nation's first railroad. We think we had a discussion with a ghost (but who really knows??). We enjoyed an evening out with friends doing something we enjoy doing. We got to meet new people who enjoy doing the same thing. 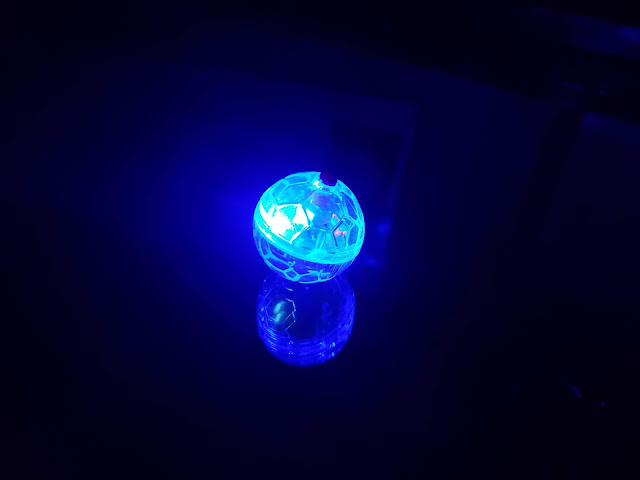 If you ever get the chance to go ghost hunting at the Ellicott City rail station, take it (ghost hunts are offered by a local ghost hunting meet up group as well as through the Howard County Parks & Recreation. 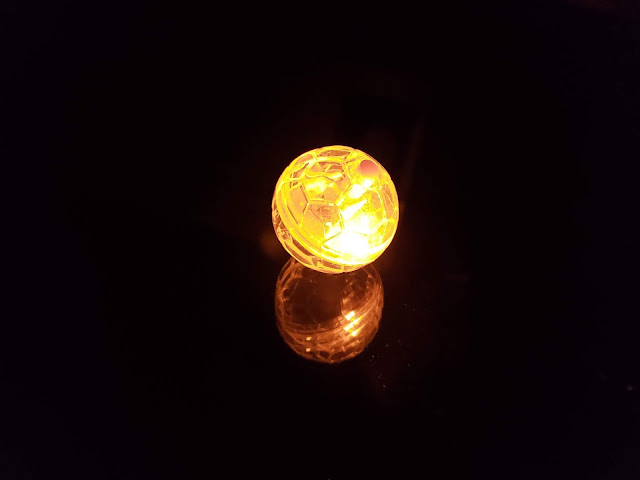 Know before you go #1: Dress for the weather. It can get chilly after the sun sets, and then there are the cold spots. Wear comfortable shoes, as you're on your feet for extensive periods. You probably want to wear long pants (in lieu of shorts), as it's also likely you'll be sitting on the floor in some places.

Know before you go #2: Ghosts are not performing seals, offering you a show on demand. They are fickle creatures, preferring to sneak up on you or surprise you when you least expect it. Although it is LIKELY you'll experience something, there are no guarantees what, if anything, you will see or hear.

Know before you go #3: Although some groups will share equipment, and Howard County Parks & Recreation makes a point of having equipment for those on its ghost hunts, having a recorder or EMF detector, in addition to your camera, would be helpful, as some of the ghost hunts give you extensive free time to explore on your own. 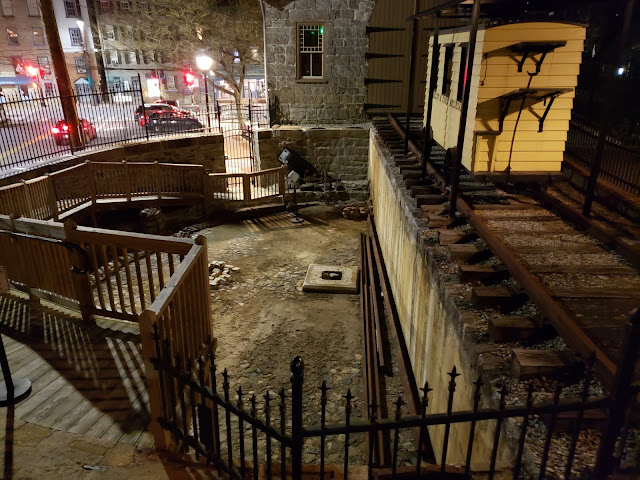 
Hours: Check out the Howard County Parks & Rec website, below, for future offerings of ghost hunts at this museum. 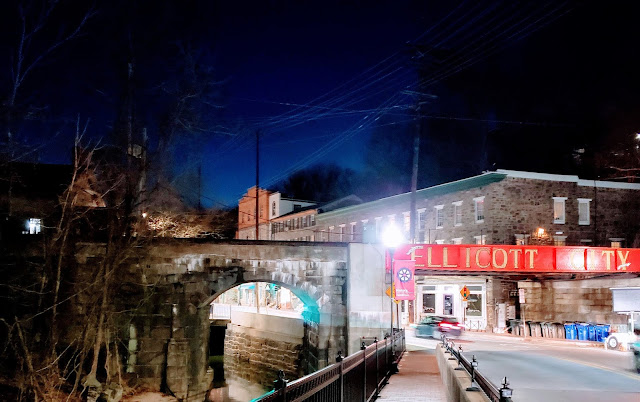