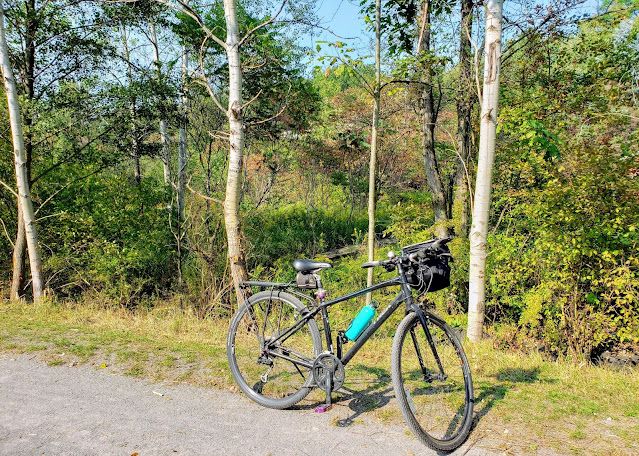 Running just shy of 10.5 miles, the Houtzdale Rail Trail is a delightful little trail in Clearfield County between Oceola Mills and Smoke Run, PA. We had just enough time to ride a few miles in each directions, so we headed for the near geographic center of the trail, Houtzdale itself.

The trail from Houtzdale is an unevenly groomed small gravel trail -- hybrid bikes do just fine. It's not the most manicured rail trail but it's easy to follow and brush is kept in check along side the trail. Often a stream runs alongside the railtrail, as it traverses wetlands and forest. Unfortunately, I wasn't able to ride much of the trail due to a shoulder injury, although my companion was able to enjoy more of the railtrail. 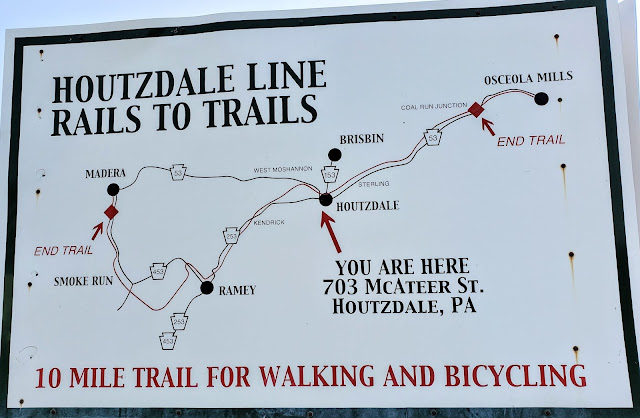 About 8 miles of the trail hav been improved, although at either end it deteriorates into a rougher trail, with muddy spots during the spring and late falls, that challenge navigation -- although in rough condition, the extreme ends of the trail are still usable by hikers, mountain bikers and cross-country skiers. 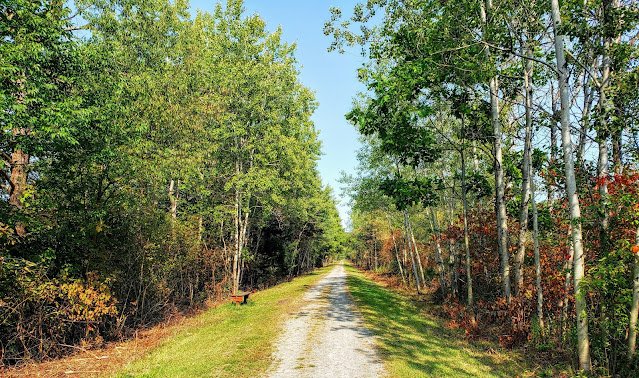 The railtrail honors its railroad history with a series of historical markers sharing local railroad history. Thus we learned that President Benjamin Harris visited Clearfield County to tour coal country in September 1893, stopping at Oceola Mills, Houtzdale, Phillipsburg, Clearfield and Curwensville.
Back then, coal was king in Clearfield County, and Houtzdale,was just one of the numerous coal or company towns that sprang up, as coal mining brought jobs, people, as well as churchs, schools, stores, and theaters to the region.
Houtzdale is named after Dr. Daniel Houtz, who owned the land the town was built upon. Like other small towns in the area, it seemingly arose overnight in the late 1800s; like most of the other towns in the region, it was focused on the railroad and coal industry, and the railroad -- now the railtrail -- runs right through the center of town. In fact, the once thriving town served as a hub for the railroad, as it made its way  along to Ramey and Madera and other points west. 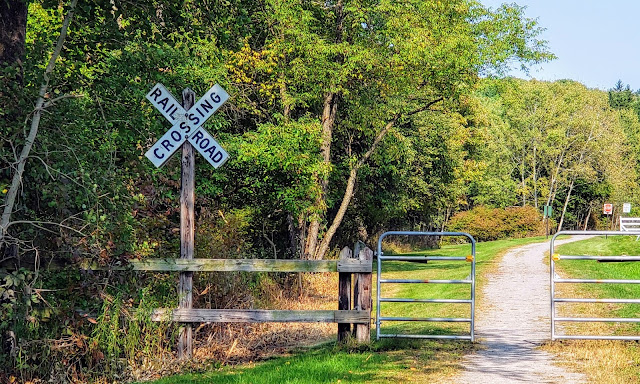 We also learned that three years after Harrison's visit, tragedy struck. On Memorial Day (May 30) 1893, a train carrying oversized circus rail cars (oversized for the requirements of that railroad) flew off the tracks as it tried to navigate a tight right turn as it entered Tyrone, a few miles away from Houtzdale.

Sadly, a number of animals died that day -- including several elephants (I find that the saddest, for some reason). 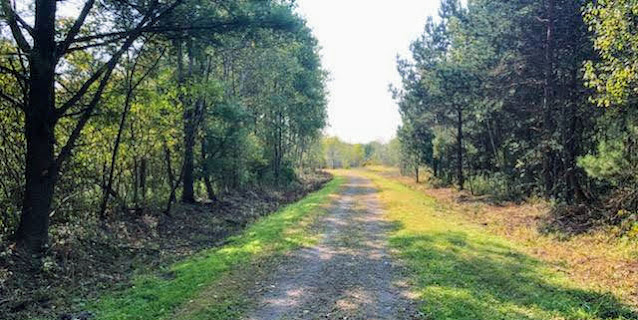 The wreck killed six men and hundreds of animals, although the local residents gathered to clear the wreckage and save the people and animals that they could. In fact, for a while after the tragedy, local residents sheltered, and cared for the performers, crew, and animals. May 30 1893 continues to be remembered both locally and by the circus community. But to this day, mystery surrounds the train wreck. Where were the elephants buried? No one knows. 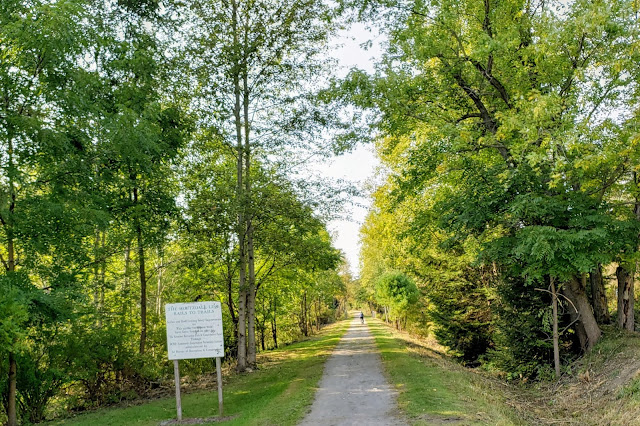 Getting there: Parking is along the street in Houtzdale -- no special parking lot for the rail trail, but parking is easy to find and is free. There is a small parking lot in Ramey, just off Route 453.

Websites: Some of the best info you'll find about the Houtzdale Rail Line is on Traillink. Check out https://www.traillink.com/trail-maps/houtzdale-line-trail/ or for personal experience of the rail trail, check out this well-written blog post by Helena Kotala -- her blog is called "To the Nth Degree." 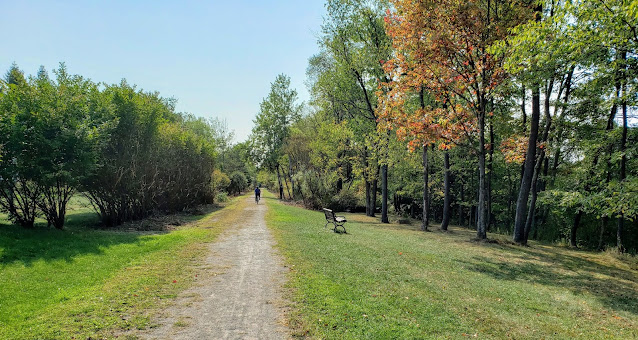 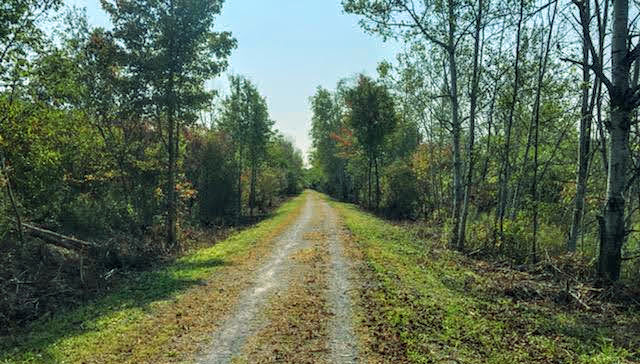