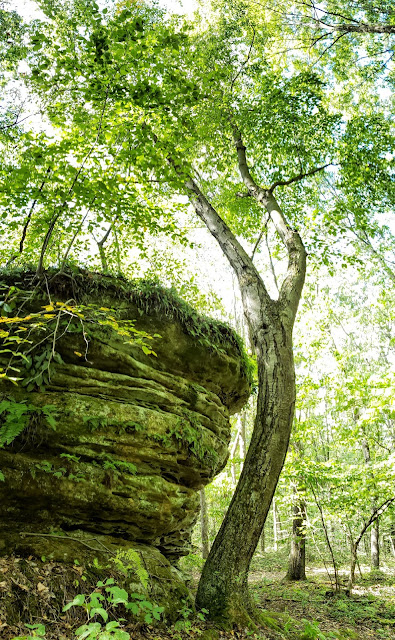 Panther Rocks, located in the Moshannon State Forest adjacent to SB Elliott State Park, is overshadowed by Bilgers Rocks, also in Clearfield County, but are worth a quick visit for a fun afternoon in the woods. 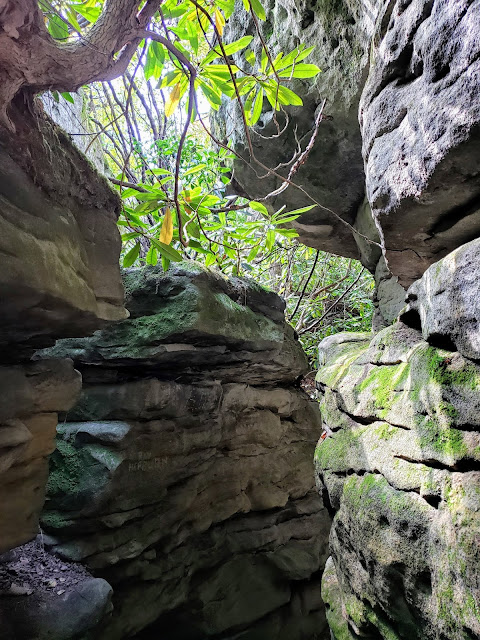 If you're into geocaching, then you'll be pleased to note that there is at least one geocach on the site, although we couldn't find it. 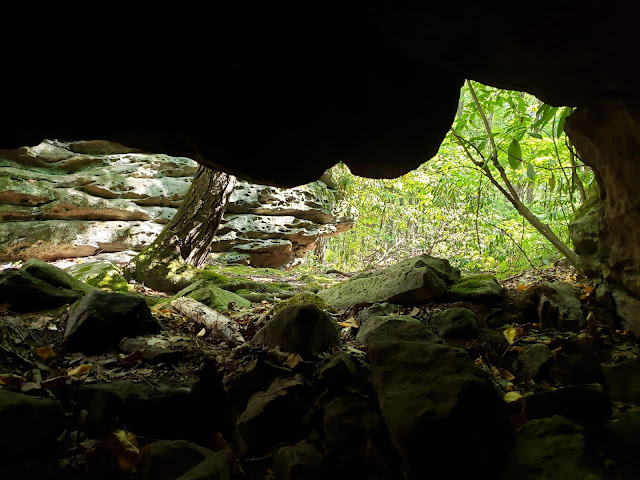 You can't even call it a hike to get out to Panther Rocks. The trail is well maintained and obvious, and probably less than a quarter mile long. 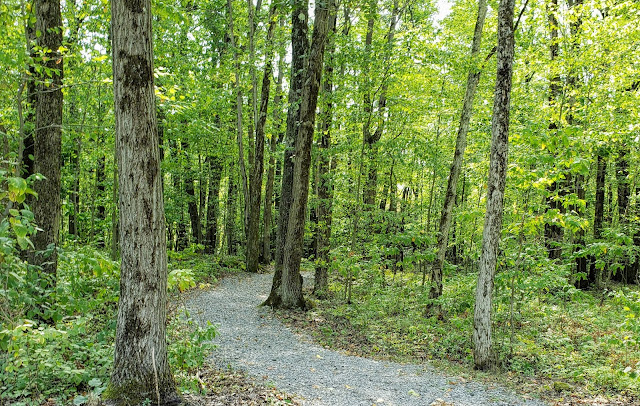 The 300-million year old rocks that comprise the Panther Rocks formation are massive and spectacular. The crevices between the rocks form a "rock city," it seems. (Whereas, Bilger Rocks, even though more extensive, are more like a rock mansion, with "rooms.") 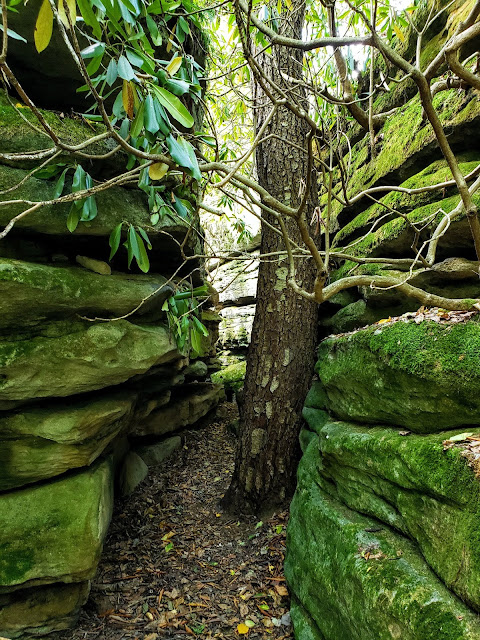 The "streets" are vertical fractures, referred to by knowledgeable geologists as joints, which have widened over time by multiple freezes and ice events over the millenia. 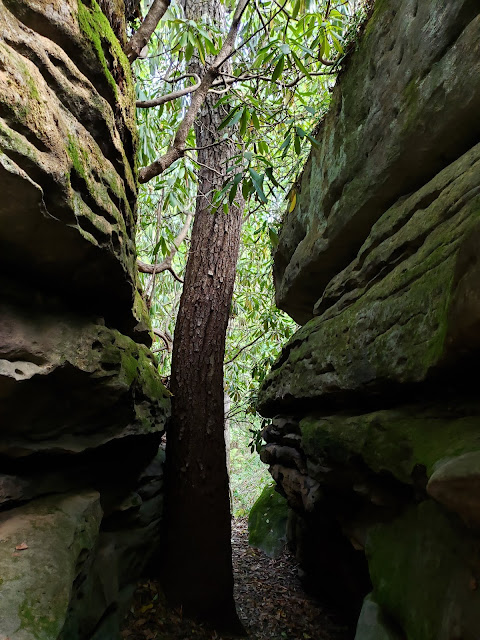 The overhangs, crevices and even a small cave make this a fun rock formation to explore, and because it's not located on a cliff, as many rock outcroppings are, it's relatively safe. 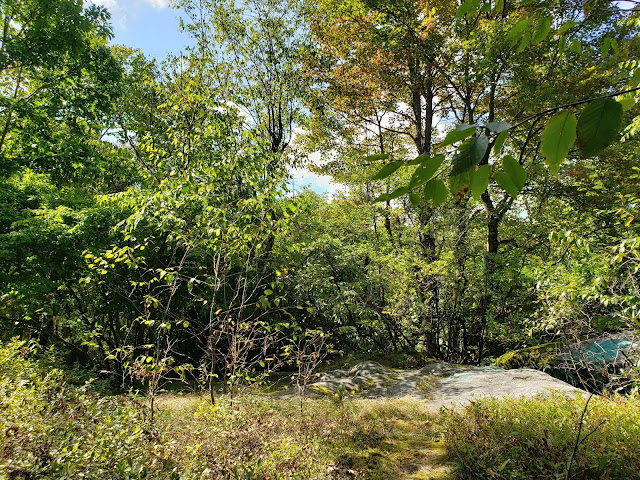 Panther Rocks is a small “rock city” made of several large sandstone blocks. “Streets” in the rocks are vertical fractures called joints that have widened over time by frost or ice wedging. Overhangs, crevices, and a short tunnel have formed from an outcrop of medium- to coarse-grained sandstone. Spaces (i.e., joints) can be a few inches wide, or 20 feet or more wide.

You can even climb on top. 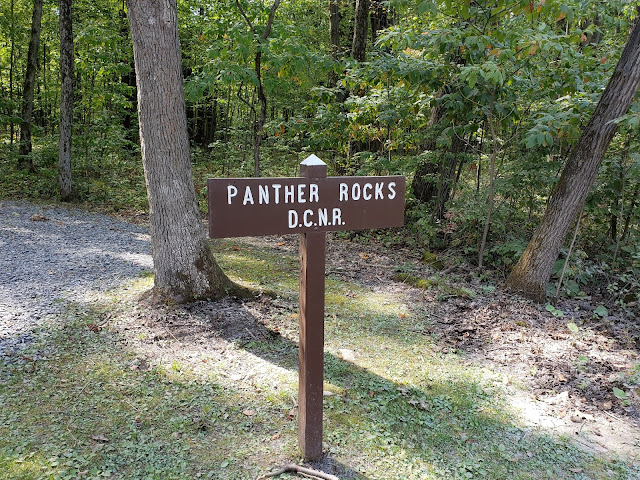 Getting there: GPS S.B. Elliott State Park, but instead of turning into the park, head down Four Mile Road (a well kept dirt/gravel road) until you see the signs for Panther Rocks on the right. There's a small parking area. 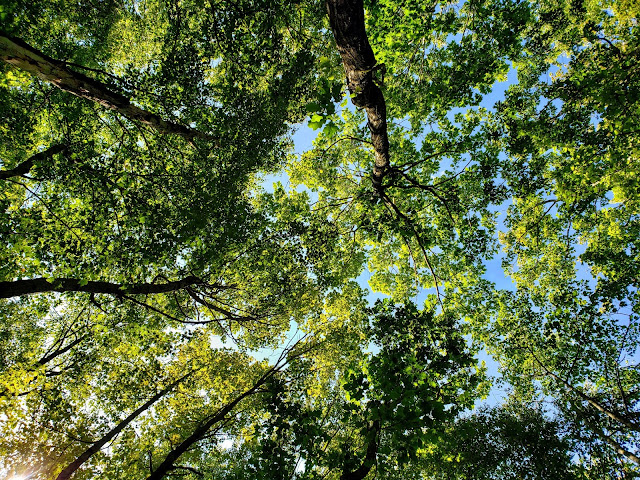 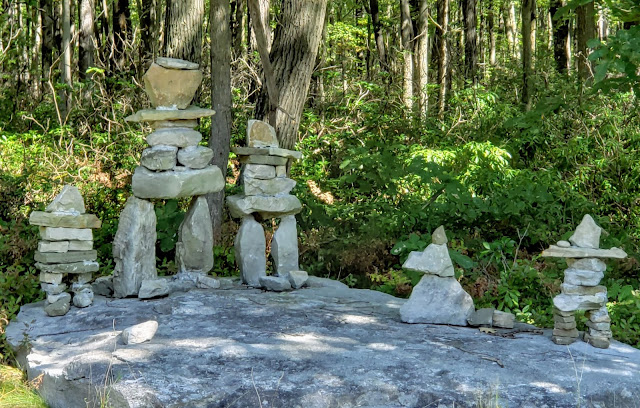