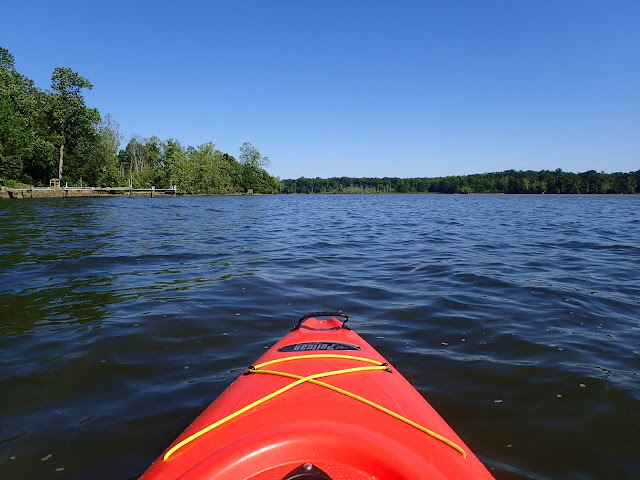 Pohick Bay Regional Park is a Fairfax County regional park on Pohick Bay of the Potomac River. The park offers camping, hiking, a water park, boat launches for both canoes and kayaks (a place along the shoreline) and a boat ramp for motorized boats.

Once you launch, head due north -- or turn left after launching. The morning we were there it was slightly windy, and the waves were a little rough until we got closer to Pohick Creek and the marshes.

The marsh and Pohick Creek offer a world to get lost in. And it can feel like a wildlife tour. 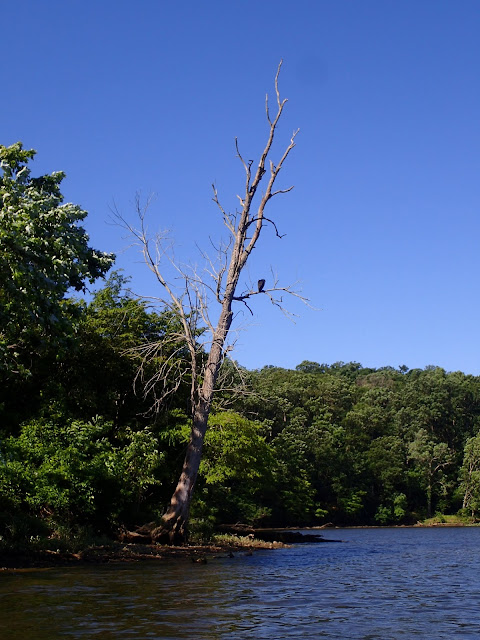 You also avoid the motorized boats and jets skis there -- it's simply too shallow for them to manuever. 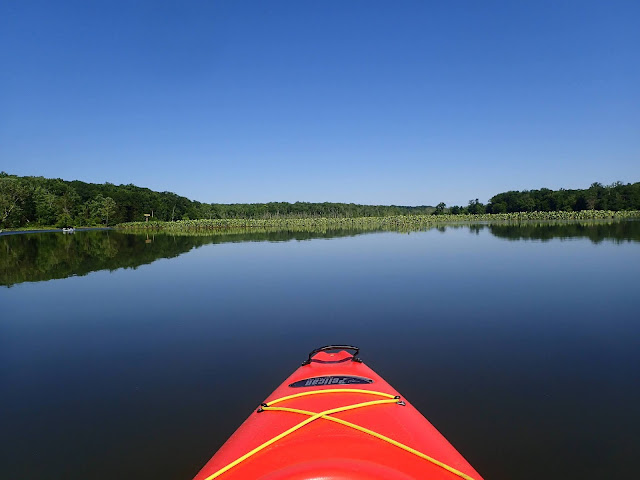 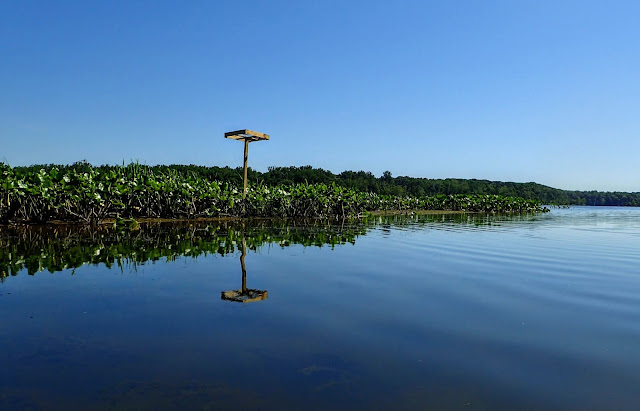 We even enountered two men with metal detectors. We joked with them about searching for treasure, but they admitted that all they were finding were lost fishing lures and loose change. 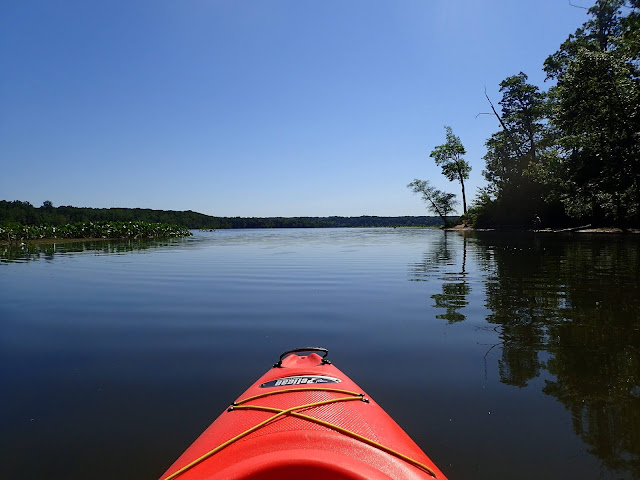 It's helpful to know the tide schedules, since Pohick Bay and the Potomac River is tidal in this area. The Tideking site offers a handy chart so you can plan your kayak adventure a little better than we did. 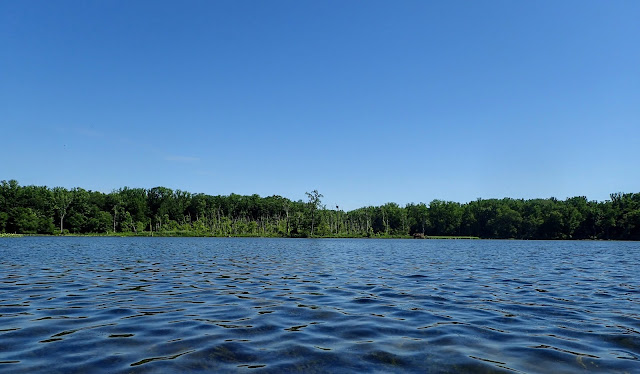 We arrived just as the tide was turning and got ourselves beached a time or two in our cadillac of a tandem kayak, but as we headed back toward the launch, we noticed the water was already a foot higher than it had been, and we would have had no problems navigating the shallower Pohick Creek. 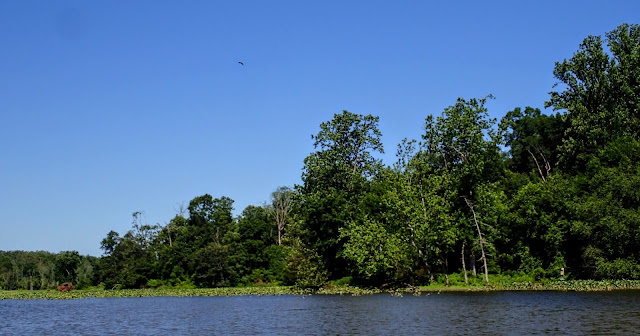 As you get lost among the cowlilies, which dominate the marshland, you enter a serene landscape. Listen carefully, and you'll hear a woodpecker or the piercing cries of osprey.

Pohick Bay Regional Park, located on Mason Neck Pennisula is an ecologically fragile land that shelters an abundance of wildlife, including the bald eagle. 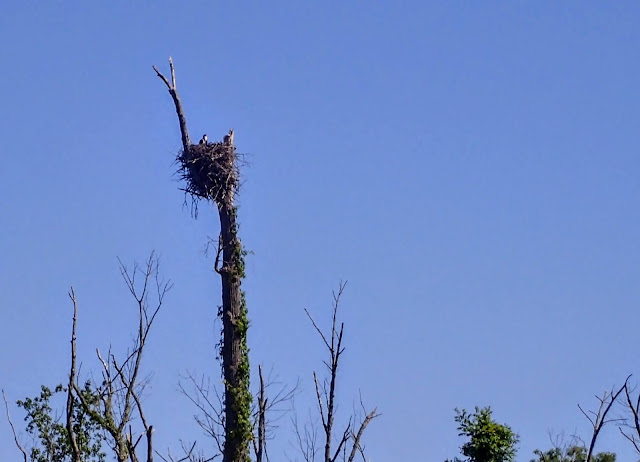 You can expect to see blue birds, osprey, heron, deer, beavers and with luck, river otters. We also saw an osprey nest with at least one chick in it, its parents were fishing in the marsh. 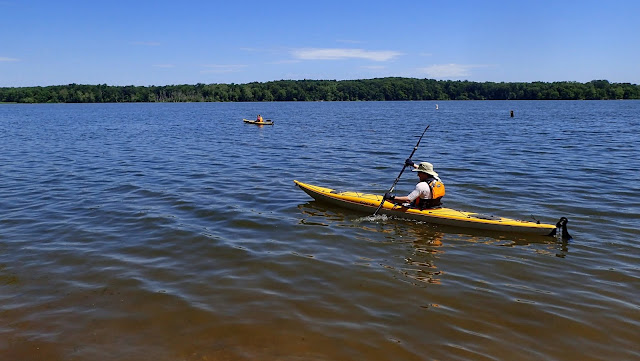