“We all should rise, above the clouds of ignorance, narrowness, and selfishness.”
― Booker T. Washington, The Story of My Life and Work 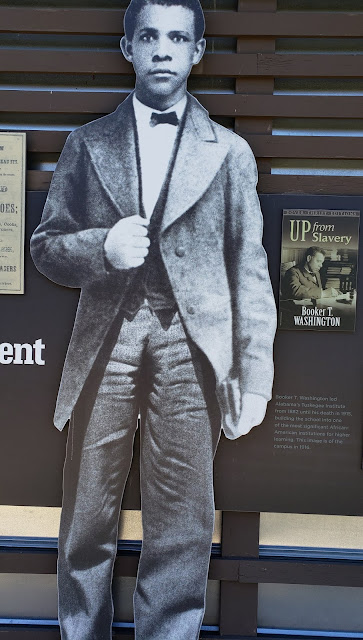 Booker T Washington was born into slavery, probably on April 18, 1856, as that's the date that John Burroughs, who enslaved him, recorded the birth of a male slave. He was known simply as Booker for the first 8 years of his life.

His first realization that he was enslaved was hearing his mother Jane, whom the Burroughs also enslaved as a cook on their tobacco plantation in southern Virginia, pray above him and his siblings that someday they all will be free. There were about 10 others enslaved by the Burroughs also working on the plantation. He, his siblings John, Henry and Amanda, and their mother Jane lived in a small cabin, sleeping on a pile of rags. 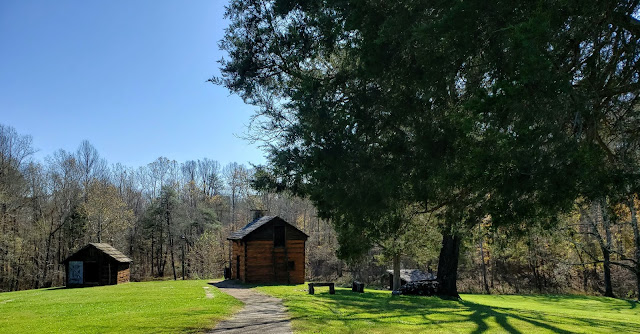 He recalled that they were never able to sit down to a family meal -- rather, they recieved a piece of bread here and a scrap of meat there. Even as a child, when he worked to fan the flies off the Burroughs family while they dined in their home, he noted the differences, the quantity of food on their table and their plates. But he also learned while he fanned those flies -- he listened to their conversation and learned about life beyond the tobacco plantation. He imagined himself getting an education.
Tobacco was the primary cash crop in Virginia. Enslaved black men, women and children planted, cultivated, and harvest tobacco and other crops. In 1860, records indicate that 2000 pounds of tobacco was produced on the Burroughs' plantation.

He was often made to carry Laura Burroughs' books to school, and he thought that going to school would be like "getting into paradise." Early on, his ambition to become educated was planted. At the time, however, educating enslaved men, women and children was actually illegal. 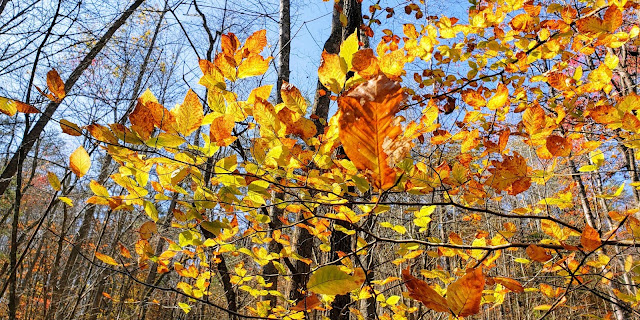 He was five when the Civil War started, and as an adult he recalled hearing his mother praying that Abraham Lincoln would be successful so they could be free. Four years later, a stranger rode up to the plantation house, made a speech, read the Emancipation Proclamation, and told them they all were free. 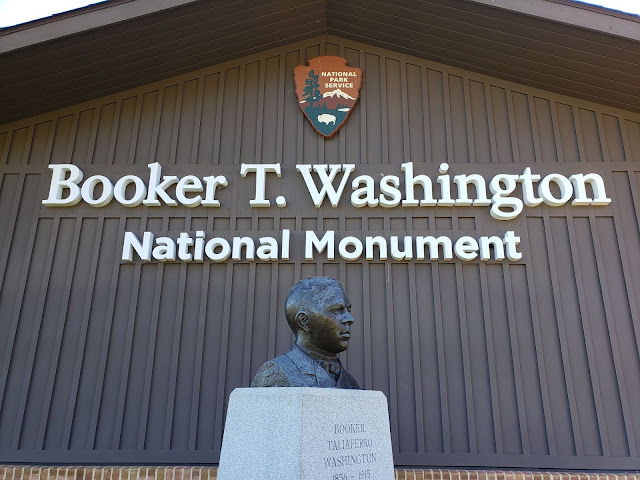 Now, the land where Book T Washington had been born and freed is maintained as national monument. Although all the original farm buildings and plantation house are gone, archeology has revealed the foundations and through records and photographs, the farm buildings and slave cabins have been reconstructed.
Visitors to the site can tour the reconstructed farm buildings, including a reconstructed slave cabin. In addition, there's a 1.5 mile loop hike around the plantation that brings you through the woods and fields where those the Burroughs enslaved worked and foraged for food, and buried their dead. In fact, the loop hike brings you past the slave cemetery, high on a wooded hill, overlooking a stream. It's a lovely, peaceful place -- and actually a nicer location than where the Burroughs buried their family dead. 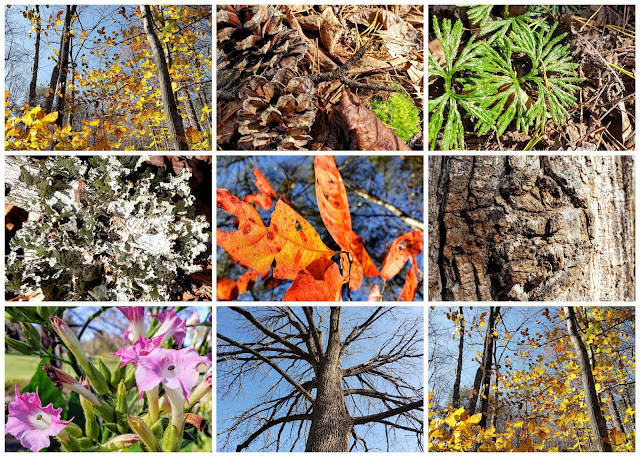 After they were freed, Jane moved her family up to Malden, WV, to join his stepfather. There, he worked in a local salt furnace and coal mine during the day, while going to school at night. On his first day at school, he noticed all the other children had two names. He thought hard and when the teacher called on him to give his name, he chose Washington as his surname. Thus, he became Booker T Washington. 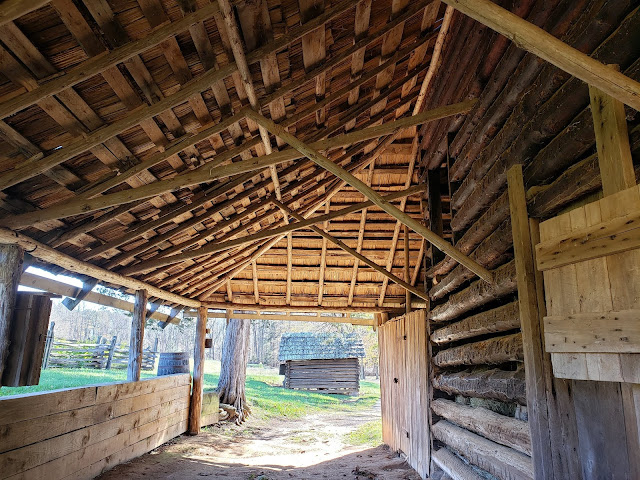 Washington made his way to Hampton Institute, now known as Hampton University. After he received his degree in 1875, he returned to Malden to teach, but eventually returned to Hampton Institute to become an instructor. He then was appointed to open a school in Tuskegee, Alabama, where he remained for the rest of his career. But in addition to founding and literally building Tuskegee Normal School, which later became the Tuskegee Institute and now Tuskegee University; he also founded the Tuskegee Negro Conferences and the National Negro Business League. 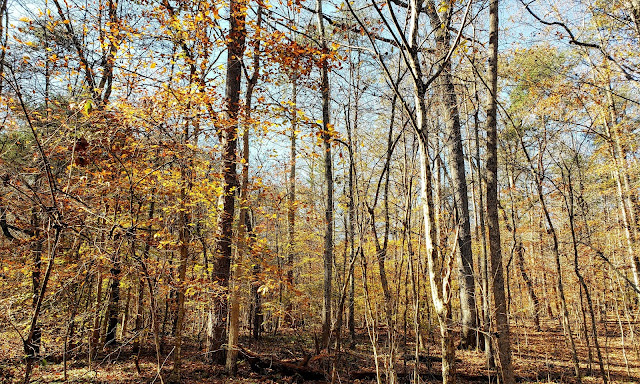 Washington was among the last of the influential black American leaders who had been born into enslavement. He gave his voice and his power as the leading voice of those formerly enslaved and their descendants. But he, like other Black and African Americans of the late 1800s and first two-thirds of the 1900s faced new challenges: terrorism (the many thousands of lynchings and other violent atrocities committed by the white power structure against Black and African American communities and individuals, and the systemic oppression in the South by the Jim Crow discriminatory laws enacted in the post-Reconstruction Southern states in the late 19th and early 20th centuries.

Washington mobilized a nationwide coalition of middle-class blacks, church leaders, and white philanthropists and politicians, with a long-term goal of building the community's economic strength and pride by a focus on self-help and schooling. With his own contributions to the black community, Washington was a supporter of "racial uplift," but behind the scenes he also actively (and financially) supported court challenges to segregation and to restrictions on voter registration.

He lived until November 14, 1915 and was an American educator, author, orator, and adviser to multiple presidents of the United States.
But signs of the South that enslaved Book T Washingon, and countless hundreds of thousands (millions?) of others still exist. In Virginia, the Confederate battle flag still proudly flies on many lawns -- and the message is clear, to America's shame. And driving away from the Booker T Washington National Monument, we traveled on the Booker T Washington Highway. Then, unfortunately, we had to right turn onto Jubal Early Turnpike. 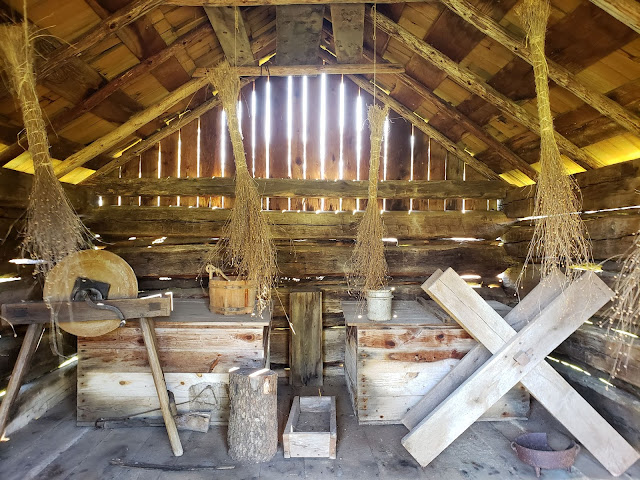 Getting there: 12130 Booker T Washington Hwy, Hardy VA
Hours: the historic site is open daily 9 a.m. to 5 p.m. except for Thanksgiving, Christmas Day, and New Year's Day.
Website: www.nps.gov/bowa
“Great men cultivate love and only little men cherish a spirit of hatred; assistance given to the weak makes the one who gives it strong; oppression of the unfortunate makes one weak.”
― Booker T. Washington, Up from Slavery 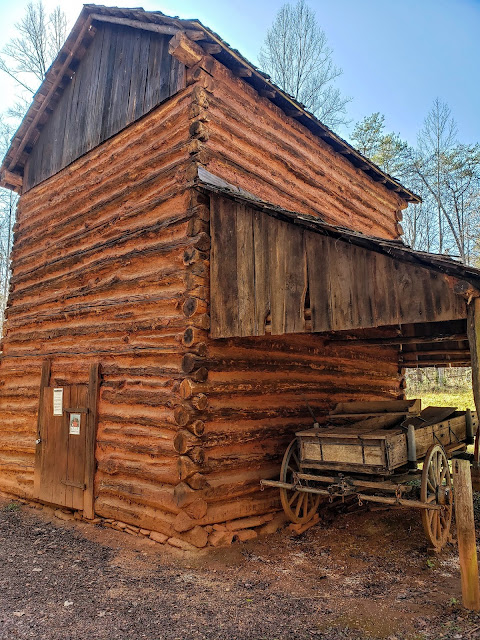 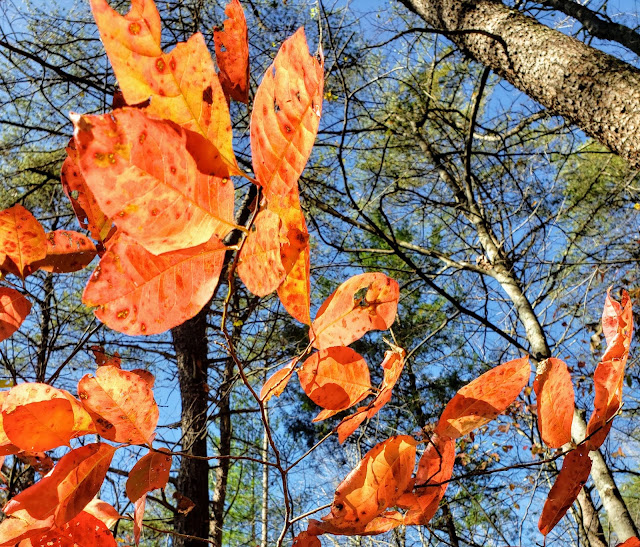