Discovering Black and African American History in the Shenandoah Valley 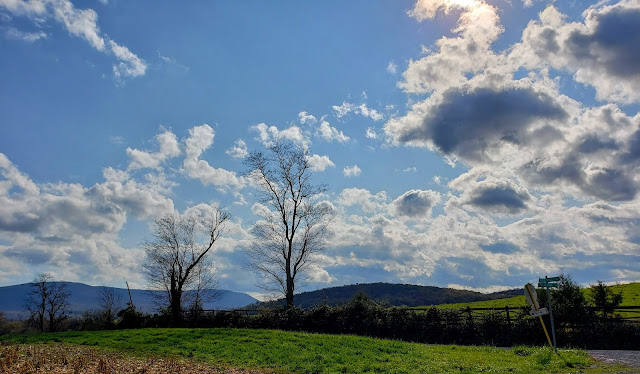 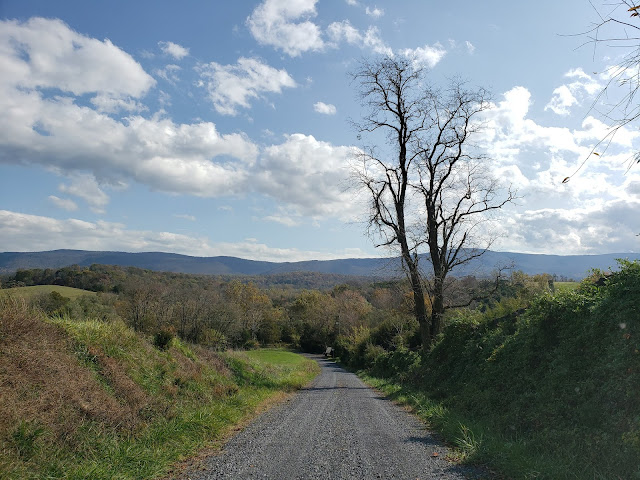 Ultimately, this is an exploration of history that rarely makes it into the history books -- the lives of people who were systematically oppressed, first by the horrid institution of slavery and then by Jim Crow, a series of laws designed to terrorize the Black and African American community in the American south. And it's a history that is fading -- the structures that once housed and sheltered the people who made that history are fast disappearing. 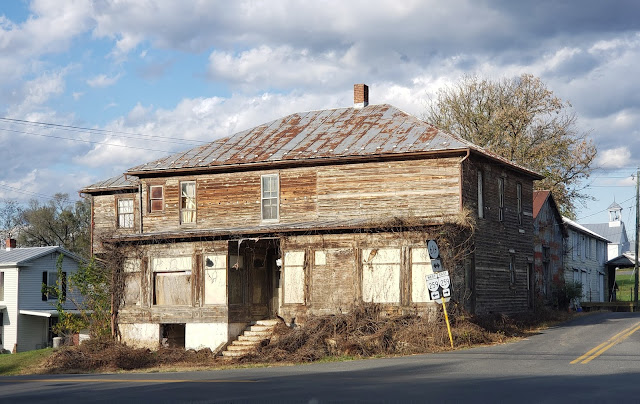 Start this exploration of African American history in the Shenandoah Valley with the Mt. Jackson to Arkton driving tour, which brings you to four stops: The Mt Jackson Colored Cemetery, the Corhaven Cemetery, the John Kline Homestead and finally to the Arkton Tunker Church memorial ("Tunker" refers to Dunkard, as in the Dunkard Church of the Brethren). 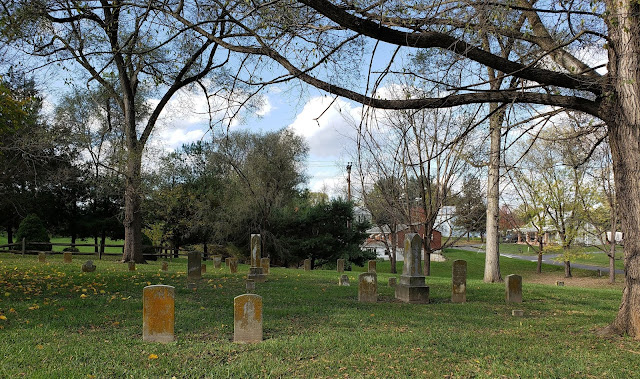 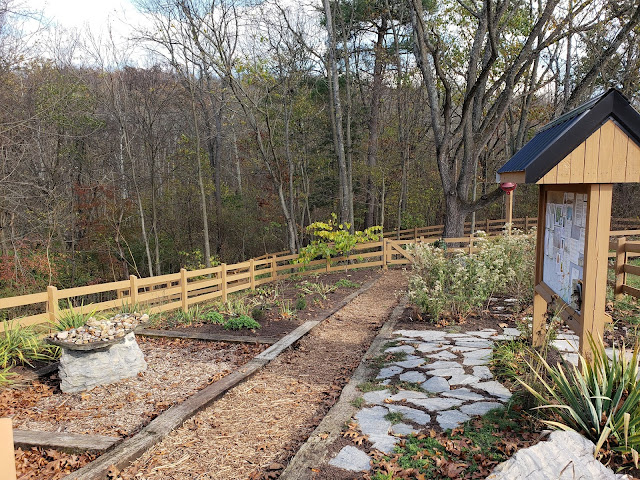 Also once known as Sam Moore's Slave Cemetery, the Corhaven Cemetery -- once a forgotten and ignored slave cemetery -- was a poignant stop on an afternoon journey exploring a small part of the Black and African American history of the Shenandoah Valley. 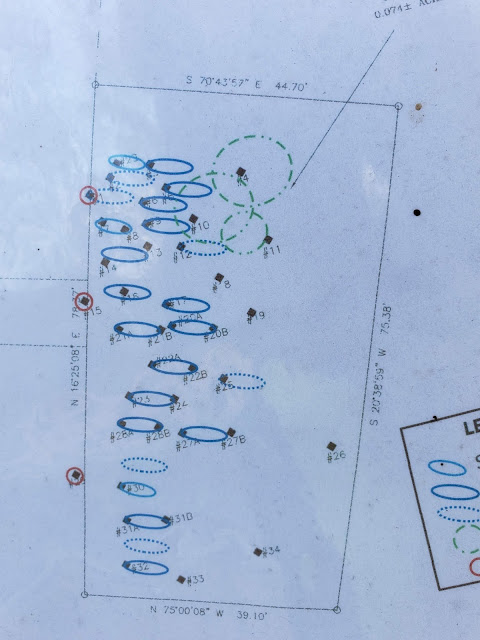 We bowed our heads. These men, women and children lying here had names but are now nameless. The cemetery is now dedicated to giving them the dignity they were denied in life. 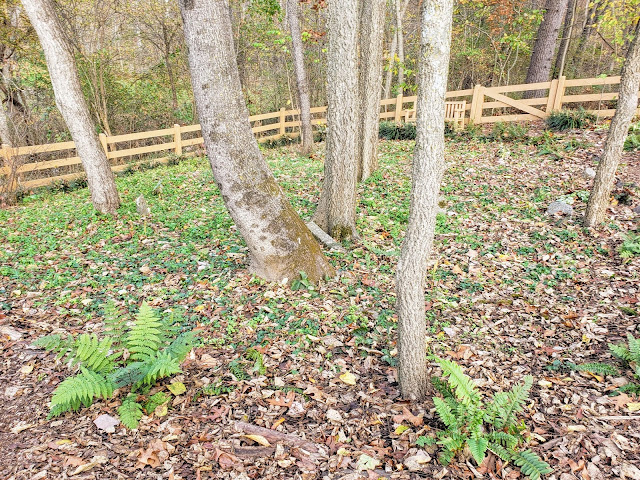 There is a touching article, written by the owners of the land where Corhaven Cemetery is located about their discovery of the slave cemetery: https://inthecoracle.org/2016/01/corhaven-graveyard-dedication-april-30-2016/ 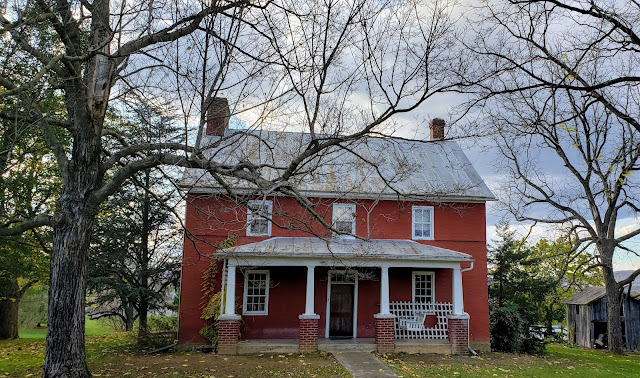 John Kline, a popular preacher for the Church of Brethren in the Linwood Creek area (his home is in Broadway, VA), was opposed to both slavery and the Civil War. Likewise, the Church of the Brethren was opposed to slavery, forbidding its members from owning, selling or renting/hiring enslaved people and many of its members helped, either individuals or by larger acts (such as donating land for a church) the Black and African American community. Because of their stance on both slavery and the war, the Dunkers were substantially harassed leading up to and during the Civil War. Kline was shot by Confederate soldiers in 1864. 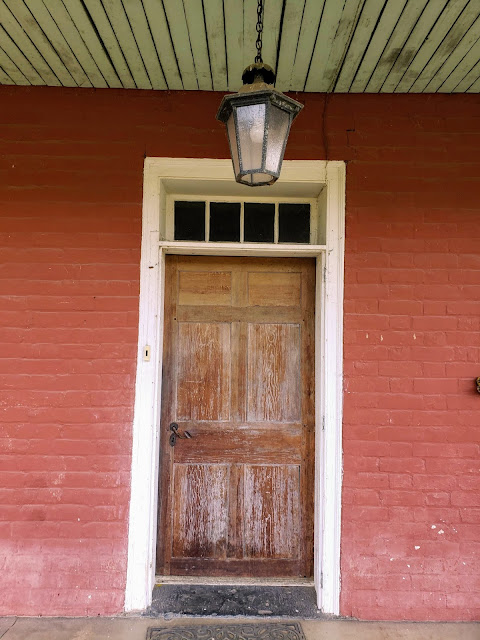 The Arkton Tunker Church memorial is near the community of Zenda, so program into your GPS Long's Chapel, where the second driving tour starts you on an exploration of the former Black and African American community of Zenda. Although the memorial marks the location of the Arkton Tunker Church, the importance to this driving tour is that the "colored school," following the Civil War, was nearby, adjacent to the Brethren Church and not far from a slave cemetery. 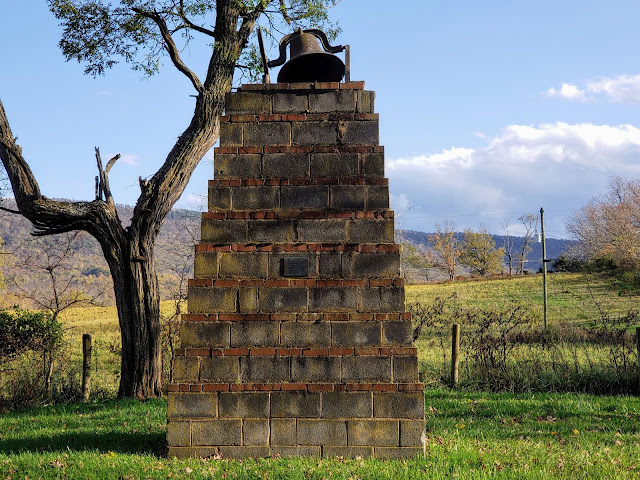 While Zenda may not be significant in and of itself except to the descendants of its inhabitants, the story of Zenda probably is like many other small but yet important Black and African American communities that were founded after the end of the Civil War freed the men, women and children who were enslaved prior. 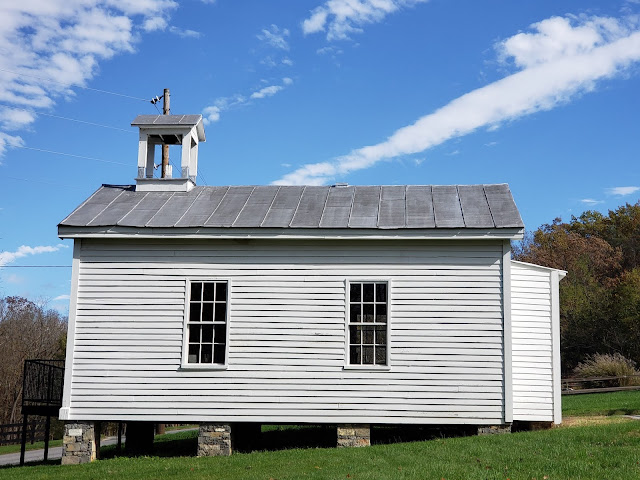 Zenda was founded after the end of the Civil War, on land confiscated from a plantation owner and sold by the government to Black and African Americans for their homes and farms. The community thrived despite Jim Crow laws and increasingly repressive efforts of the surrounding white farming community until the Black and African American mass migration northward and to bigger cities such as Baltimore, Philadelphia, New York and Chicago eventually depleted Zenda. 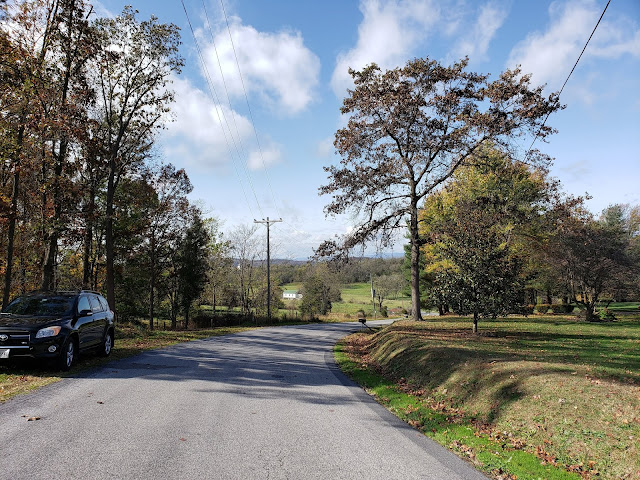 Land for the first stop of the tour, Long's Chapel, was deeded by Hannah and William Carpenter, members of the Brethren Church to church trustees stipulating that the site was for “the congregation of colored people” and would be “theirs and their successors forever.” The church, completed in 1871, was named for its builder: Jacob Long. The chapel served, also, as a school, since the government made no effort to educate African Americans. A cemetery beside the chapel contains the remains of some of the original founders of Zenda. 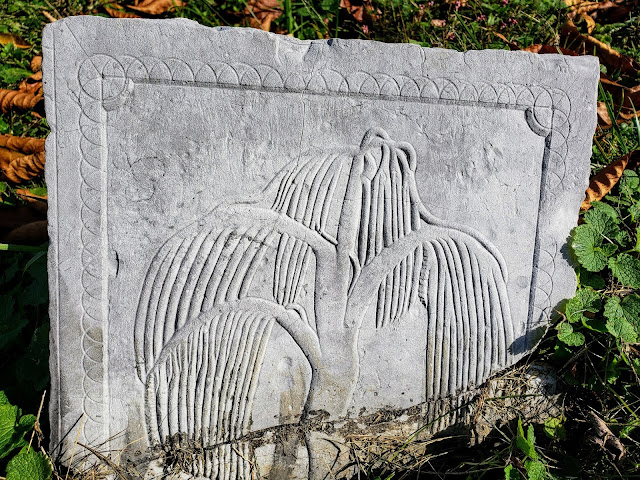 In fact, the community only took on the name Zenda later and was originally called Athens. Zenda derived from a post-office with that name located nearby; even after the post office closed, the African-American community retained the name. 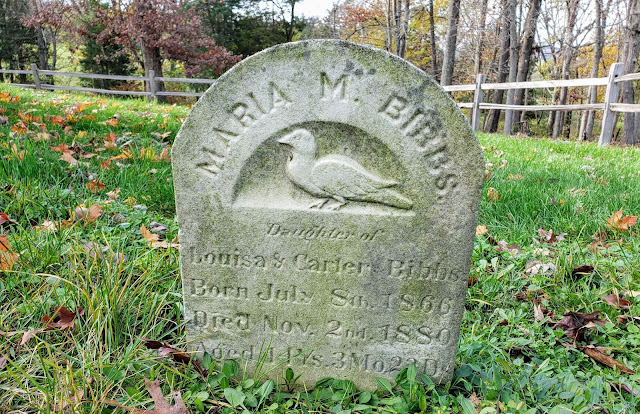 The tour takes you to various important sites to in the community of Zenda -- a former plantation house, farms owned by Zenda community residents, places that provided employment, a former general store that did not discriminate against Black and African American people. 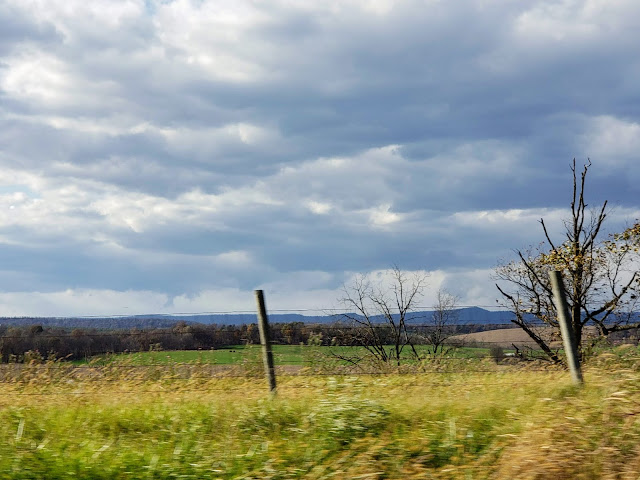 Adults who lived at Zenda worked as laborers on neighboring farms and sometimes as hotel workers, carpenters, or mail carriers. Many children also worked, helping out at home, hiring themselves out to farms, or even leaving home to live with those who would employ them. While African Americans in the community lived strenuous lives, many owned their own land, and such ownership allowed them to prosper beyond their worker’s wages. 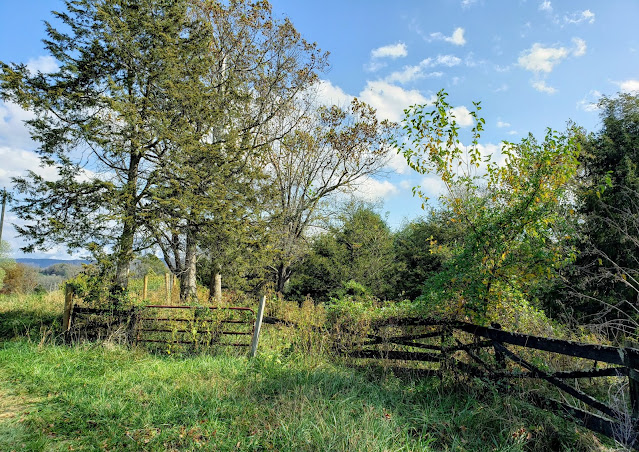 I found myself looking for more -- more tangible touchpoints with the forgotten history of Zenda and the Black and African American community there. We drove up Serenity Lane to look for the old hotel that employed Zenda residents, but couldn't even find its ruins. 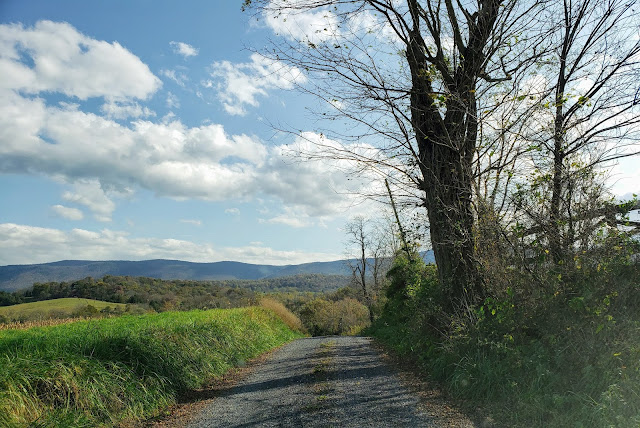 The driving tour leaves as many questions as answers. It points out that there's a forgotten cemetery on the Wilson Farm down Hinton Mill Lane. So we decided to drive down the lane to see what we could see -- and I believe we found it. 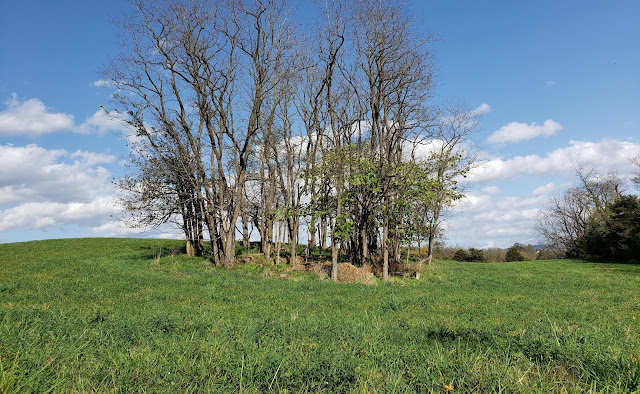 Only one headstone is readable, and it looks new -- in sacred memory of Polly Hinton. Why is there a new headstone there? Is this a family cemetery of white enslavers or a cemetery for enslaved individuals? Given the condition of the cemetery, I guessed the latter. Most of the stones are in a jumble at the lower edge of the copse. 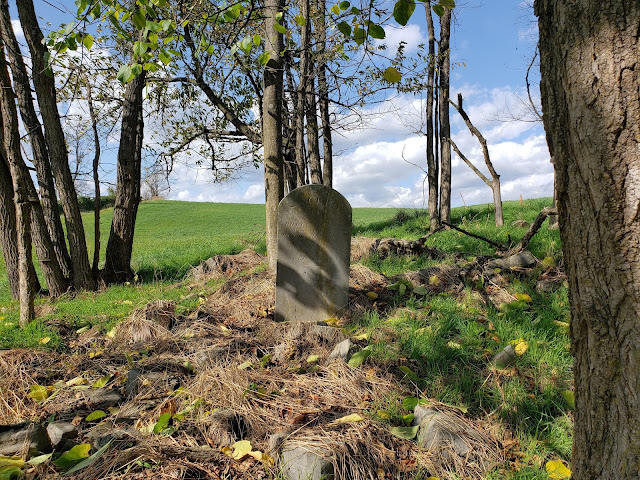 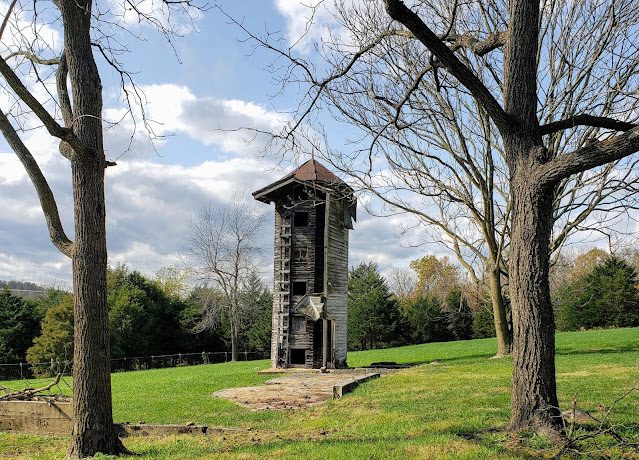 With so many questions triggered by the driving tour, I wondered what exactly I was hoping to see as we explored these communities and important sites, whether I was actually looking for the ghosts of these communities? I imagined them walking on the road or riding in a wagon, perhaps on their way to church service at Long's Chapel and I imagined them driving their teams plowing the fields and harvesting their farm crops. 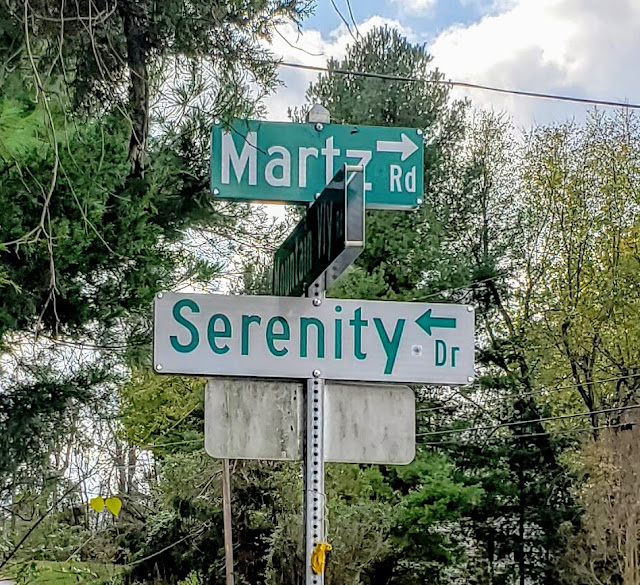 On Serenity lane we noticed an old farmer's stone wall, and its sudden start and just as suddenly end. I wondered if the former inhabitants of Zenda had built this fence. 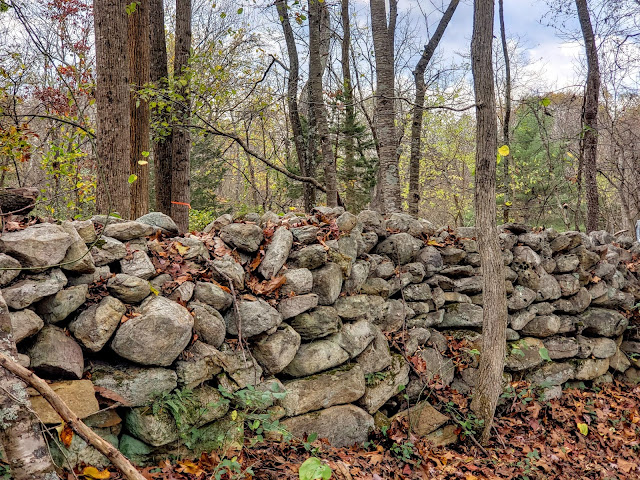 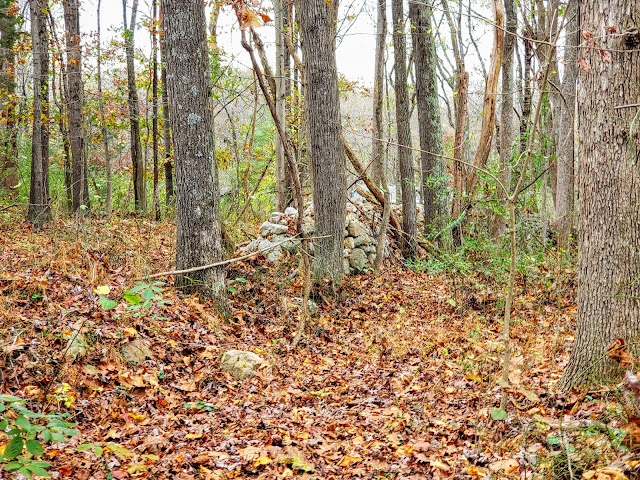