When it opened to rail traffic on April 6, 1872, the Rosendale Trestle was the highest span bridge in the United States. 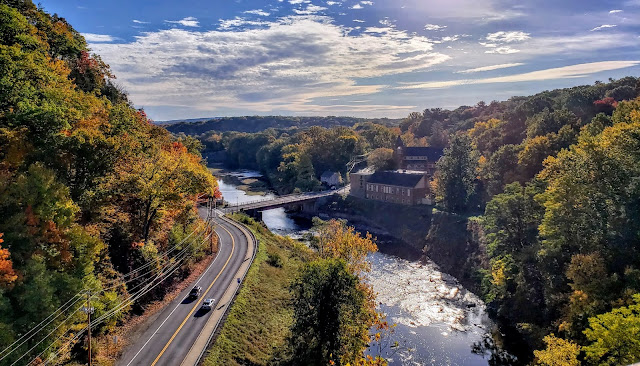 We'd seen the entrance for the Wallkill Valley Rail Trail along Binnewater Road, as we were driving to check out the Widow Jane Mine in Rosendale. I wished we'd brought our bikes along on this trip to the Catskills. 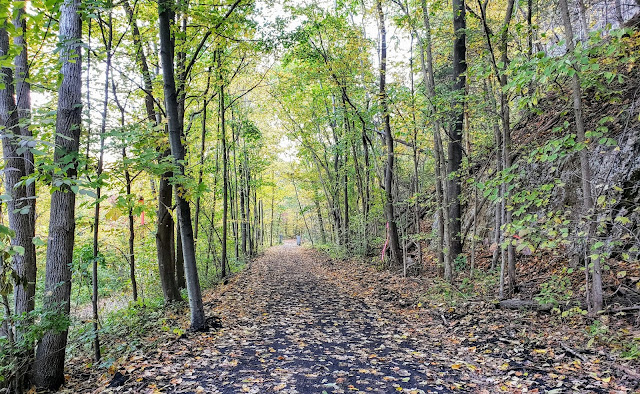 But we kept driving, turned onto Route 213 and then we saw the trestle soaring 150 feet above us and Rondout Creek. And I realized, we could probably fit in a short walk along the trestle. So we turned around and made our way to the parking lot on Binnewater Road. 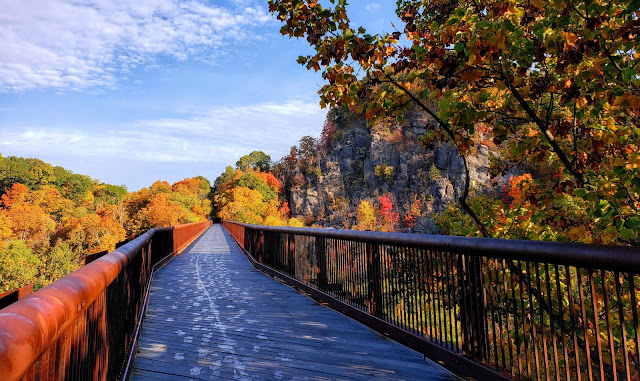 The Rosendale Trestle is a 940-foot continuous truss bridge and former railroad trestle in Rosendale Rosendale in Ulster County, NY. 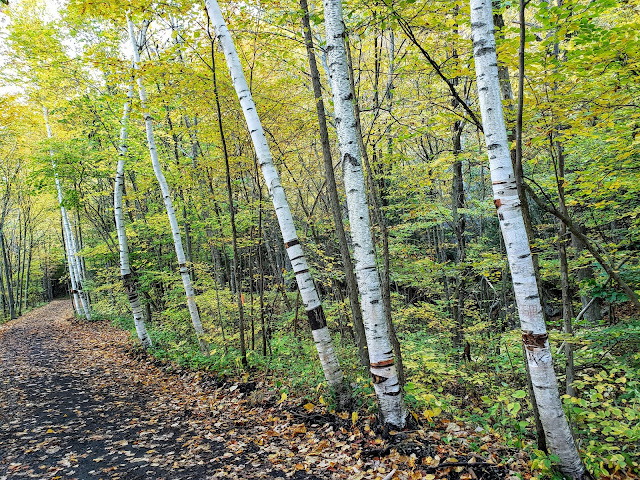 Originally constructed by the Wallkill Valley Railroad between 1870 and 1872, to continue the rail line from New Paltz to Kingston, the trestle spans Route 213, the former Delaware and Hudson Canal and Rondout Creek. Construction on the trestle began in late 1870, and continued until early 1872. 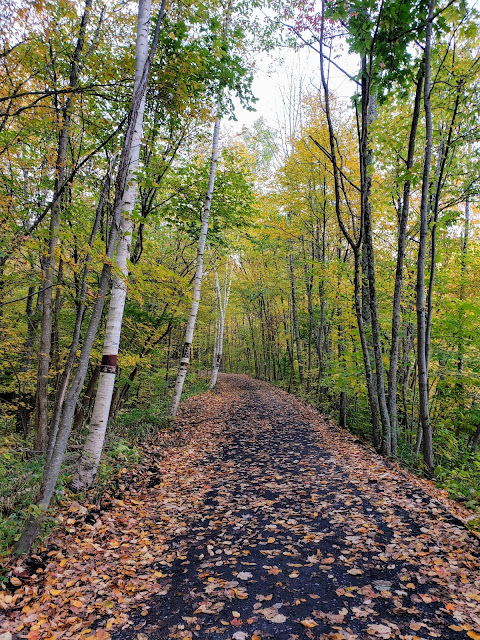 The trestle was rebuilt in 1895 by the King Bridge Company to address public concerns regarding its stability, and it has been repeatedly reinforced throughout its existence. Concern over the sturdiness of the trestle has persisted since its opening, and was a major reason Conrail closed the Wallkill Valley rail line in 1977. 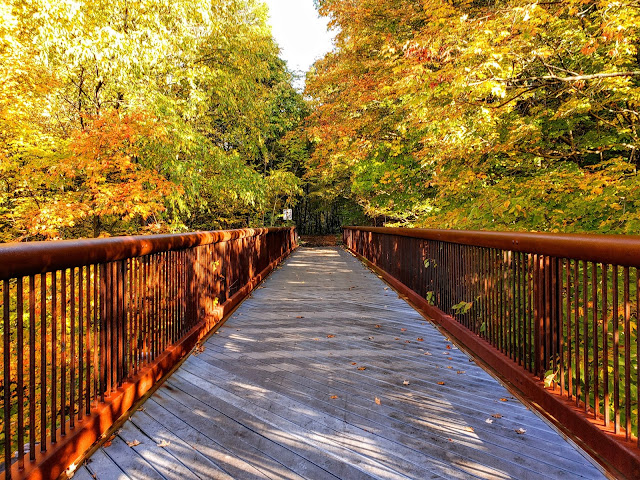 After shutting down the rail line, Conrail sold the bridge in 1986 for one dollar to a private businessman, who then tried unsuccessfully to operate the trestle as a bungee jumping platform in the 1990s. Although that business venture flopped, someone tried again in the early 2000s. 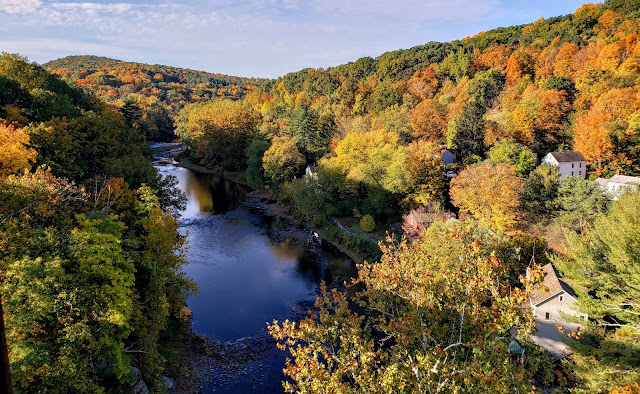 Both attempts went bankrupt, and the trestle was seized by Ulster County in 2009 and renovated as a pedestrian walkway for the Wallkill Valley Rail Trail.
Its closest access is from the parking lot we'd noticed, which is a quarter mile north of the trestle on Binnewater Road. 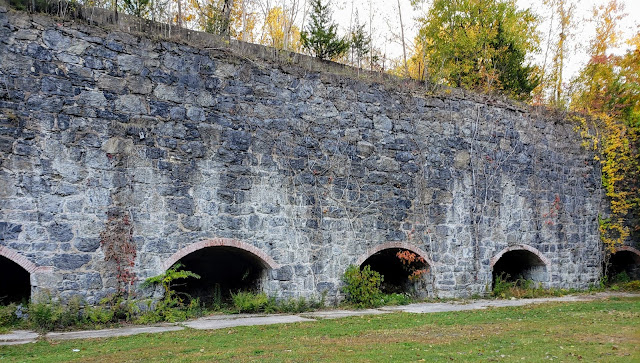 While you're in the area, check out the Widow Jane Mine, a natural concrete rock mine -- natural concrete was a local industry that drove the local economy for a number of years in the late 1800s and early 1900s, and concrete mined and produced in the local mines and furnaces was used in iconic American buildings such as the Empire State Building, the base for the Statue of Liberty, and the Capitol Building. In the Binnewater parking lot, you'll notice remnants of some of the concrete rock furnaces at the far end. 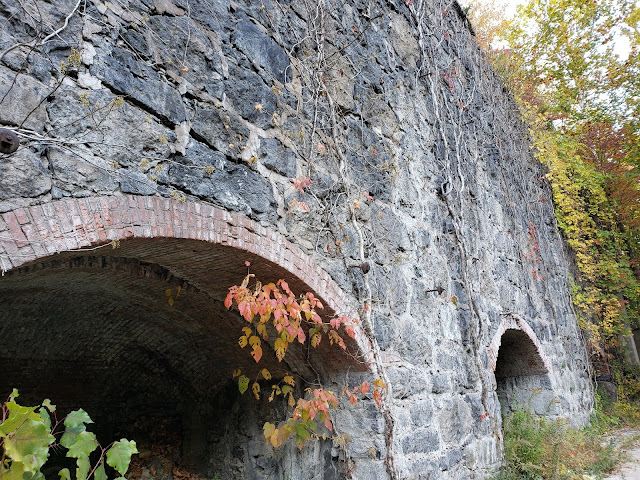 Know before you go: There are multiple access points for the Wallkill Valley Rail Trail. You can park to access the trail from Gardiner, Sojourner Park in New Paltz, Binnewater Rd in Rosendale, and Rockwell Lane in Kingston. 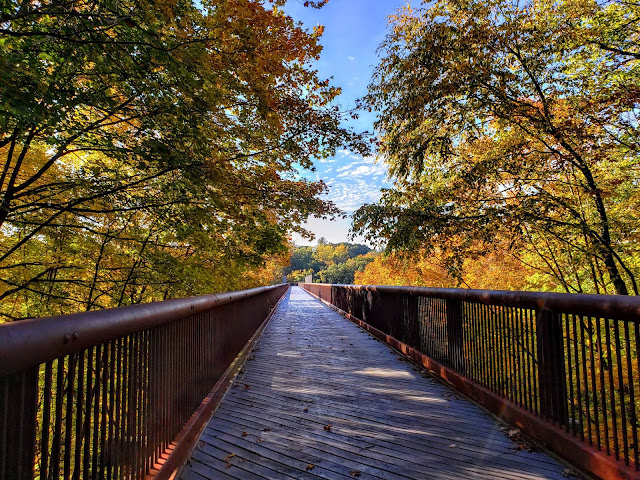 Getting there: Directions to find the parking lots are at the website below.
Hours: dawn through dusk
Website: https://wallkillvalleylt.org/wvrt/ 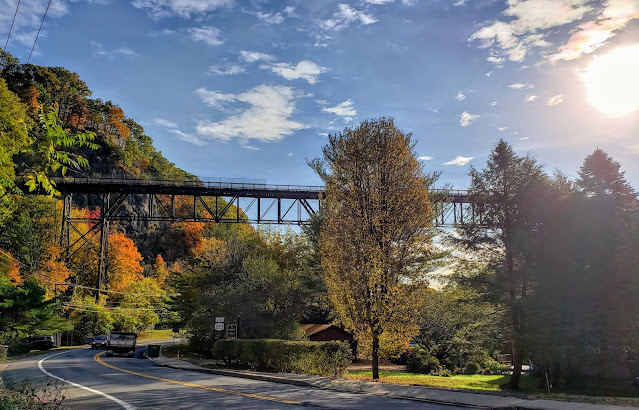