Cool Sights Along the Maryland Creamery Trail in Frederick County 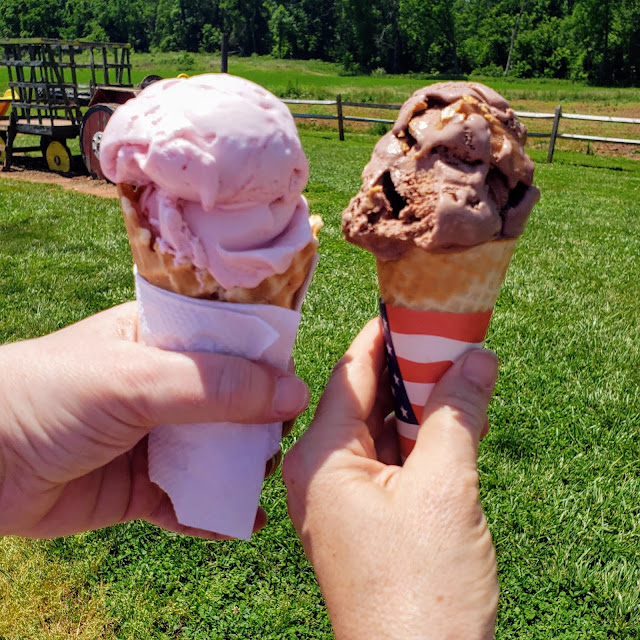 Our goal was simple and sweet: head out to sample two stops along the Maryland Creamery Trail in Frederick County. Along the way we enjoyed the pretty farmland countryside, discovered some hidden Civil War history, found some instantly instagramable old trucks, and -- oh yeah, enjoyed the best summer snack ever! 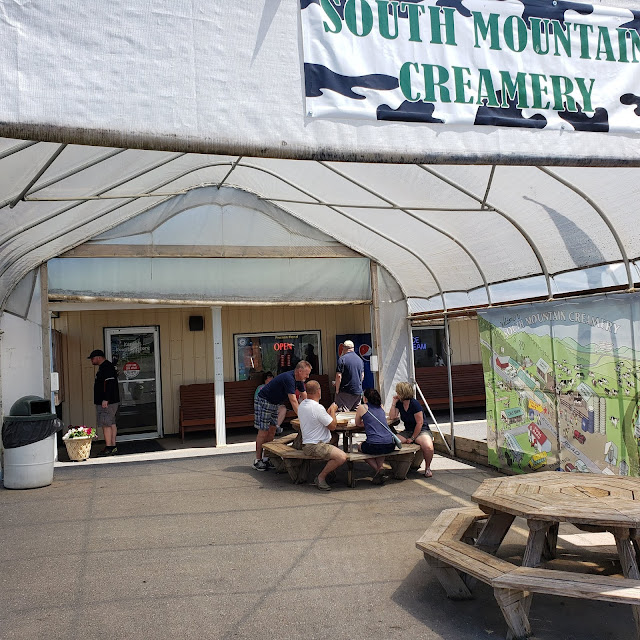 About a decade ago, Maryland dairy farmers came up with a creative – and delicious – plan to improve income on their farms: opening cow-to-cone creameries. Or rather, on-site ice cream (and other dairy product) shops. Maryland's Best Ice Cream Trail now includes 10 dairy farms with active creameries. I plan to hit the rocky road (get it? I crack myself up) to sample them all over the summer. Why don't you join me? 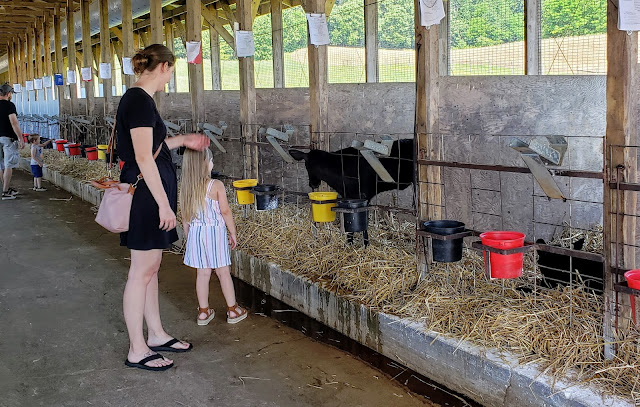 In the past decades, the number of dairy farms in Maryland has declined, and current ones faced challenges due to urban sprawl. Making and selling fresh ice cream is one way to promote and add value to their product. The profits from the ice cream trail have already helped some farmers with operation bills and business in general. Also, cool fact: Maryland’s Best Ice Cream Trail at the time of its inception was the only farm-based ice cream trail in the country -- now many other states have followed this tasty trend! 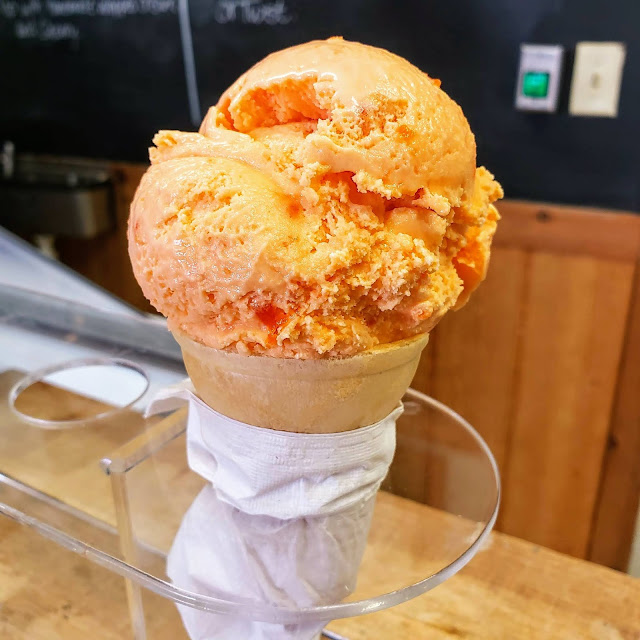 We headed first to South Mountain Creamery, one of my sister's favorite places -- she's been having dairy products delivered from them for several years now. Tucked into the countryside near the quaint town of Middletown, MD, this three-generation farm offers both home delivery, an onsite creamery, and an ice-cream shop in Frederick. 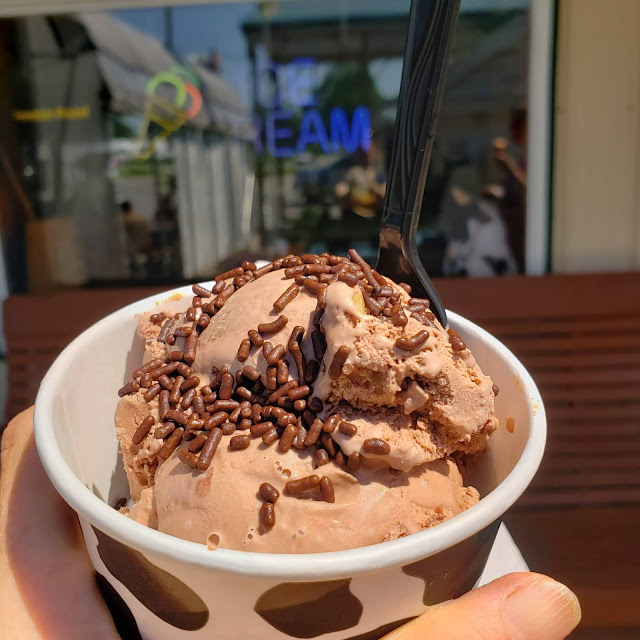 After we each enjoyed some ice cream -- Monocacy Mud in a cup and Pineapple Orange in a cone, its orange goodness melting onto my hand as I tried to keep up with the summer heat -- we decided to go visit the calf barn -- a favorite place for the kids It was wonderful for us adults as well. 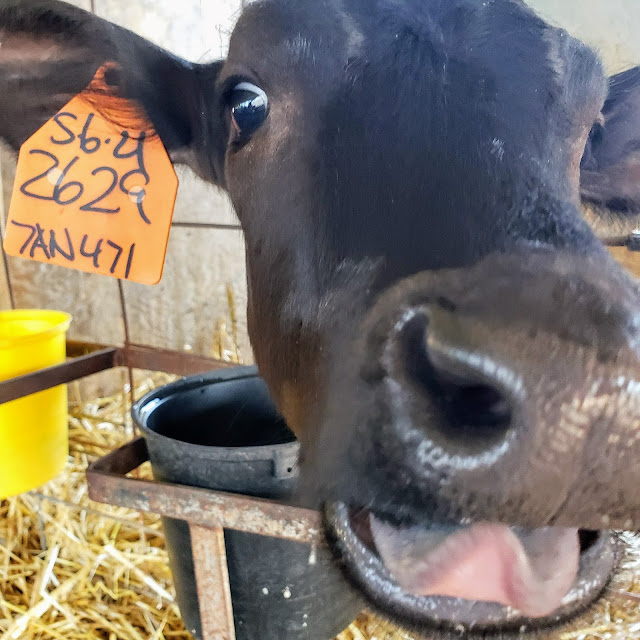 The calves pretty much all LOVED getting scritched behind their ears and you can be sure that any that were poking their heads out and seemed interested, got some attention! 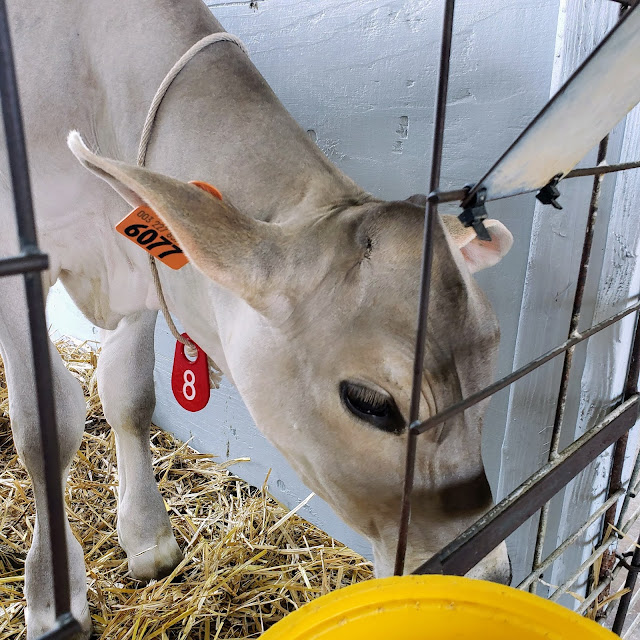 And they were adorable. We saw Holstein, Jersey and Ayreshire calves and moms in the calf barn and the "maternity shed." 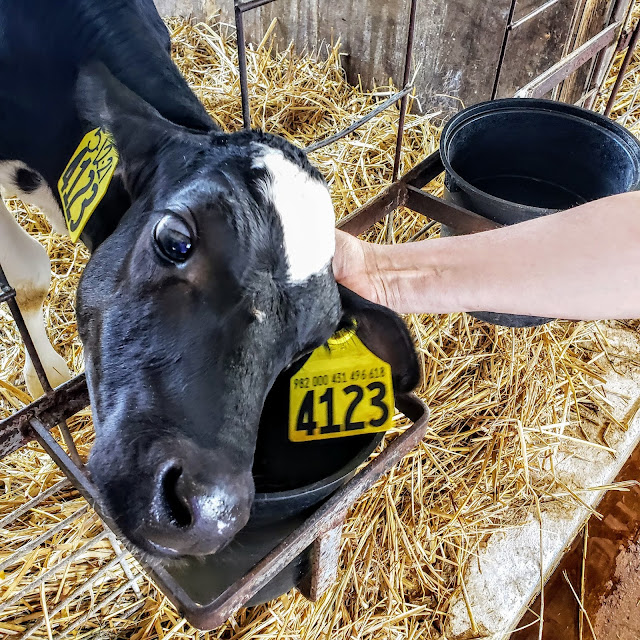 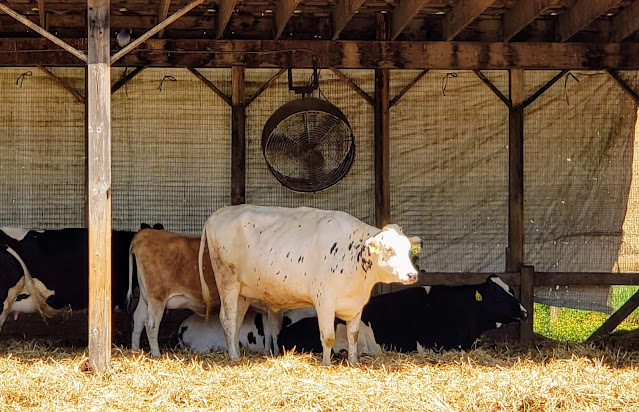 After we left the creamery, we noticed the historical marker for Reno Monument, and being Civil War buffs, we detoured Fox Gap to find it. It's just off of Reno Monument Road and Lamb's Knoll.

The drive to the monument was really scenic but the history is bloody. Union Gen. McClellan surprised Confederate Gen. Robert E Lee by speeding through Maryland to try to cut off Lee's invasion of Pennsylvania in September 1862. The Confederate plan was thwarted, but the two armies clashed at South Mountain, allowing Lee time to reunite his divided army and prepare to face the Union army at Sharpesburg, now known as Antietam Battlefield. 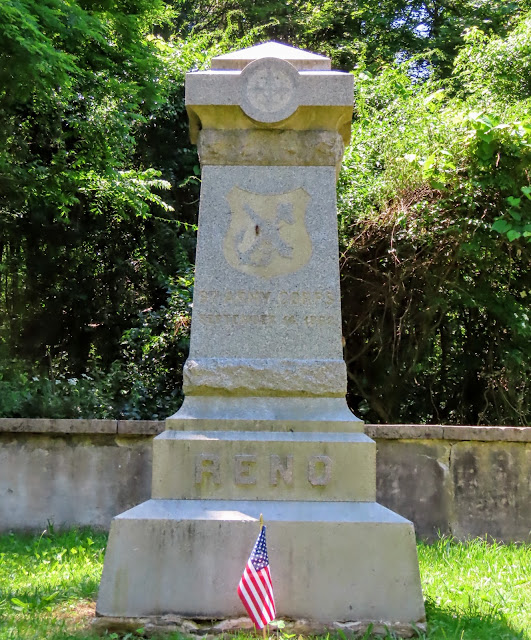 Leading up to the confrontation at Antietam, Confederate Gen. D.H. Hill struggled to hold the gaps of South Mountain on September 14, 1862. The fighting at Fox Gap, where the Reno Monument is located, raged on throughout the day and two generals -- Union Gen. Jesse Reno and Confederate Gen. Samuel Garland lost their lives there Fox Gap. 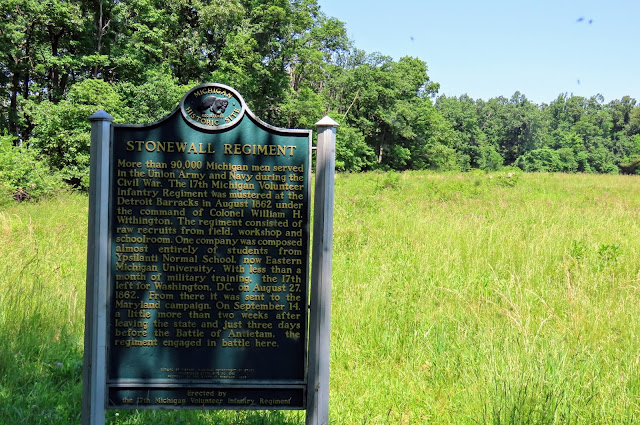 In the field north of the present Reno Monument, the raw, untested recruits of the 17th Michigan received their "baptism by fire" in the field that now bears their name. A panel now stands, possibly the only Michigan State Historic Site in Maryland, to honor the Michigan troops, some of whom a month previously had been students in school. 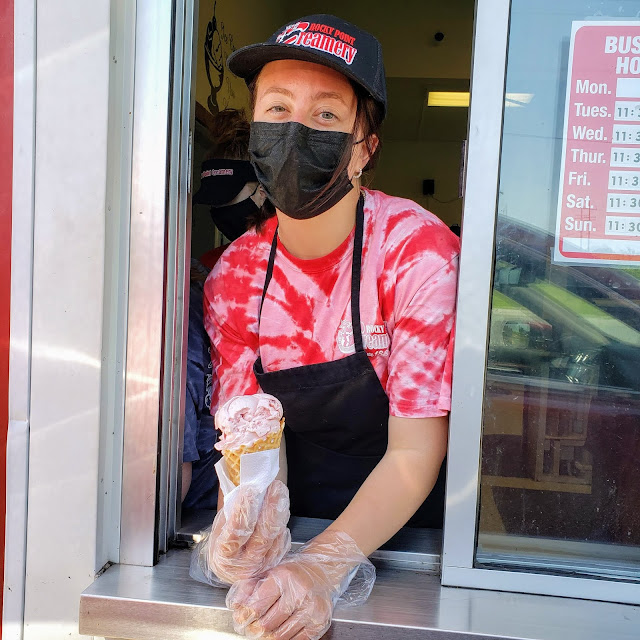 After checking out this interesting but little known site, we headed to the second creamery: Rocky Point Creamery. 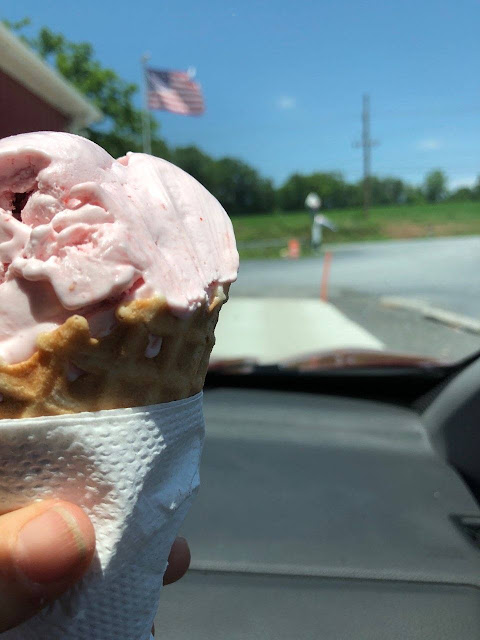 Still partially closed because of the pandemic, only the drive through window seemed to be open -- but all the flavors were available and the ice cream was very delicious! I chose strawberry, unknowingly following in the footsteps of Maryland Governor Thomas Bladen, who introduced ice cream to the North American continent when he served up the sweet, creamy treat (strawberry, by the way) all the way back in 1744. 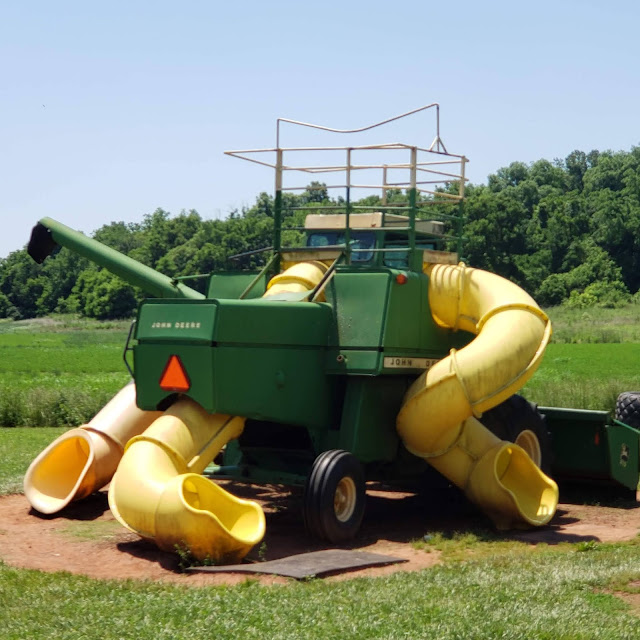 At Rocky Point, there's a fun playground for kids. And of course, I felt the need to sit in a cow! 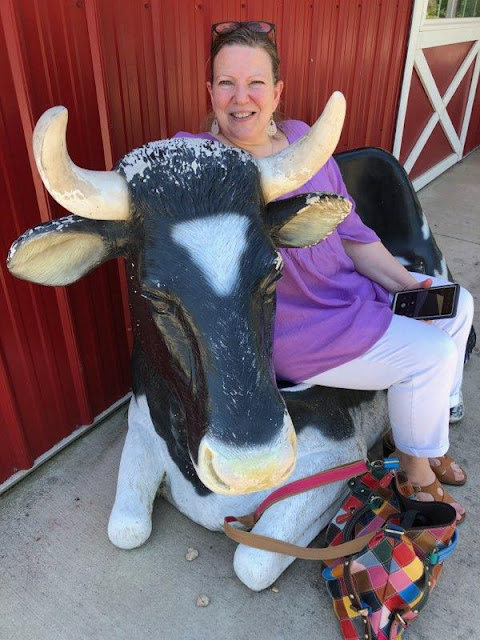 But along the way we'd noticed these old time trucks, rusting away in along the edge of the woods, and we felt obligated to return to photograph them, so our sweet snacking daytrip then turned into an impromptu photo safari! 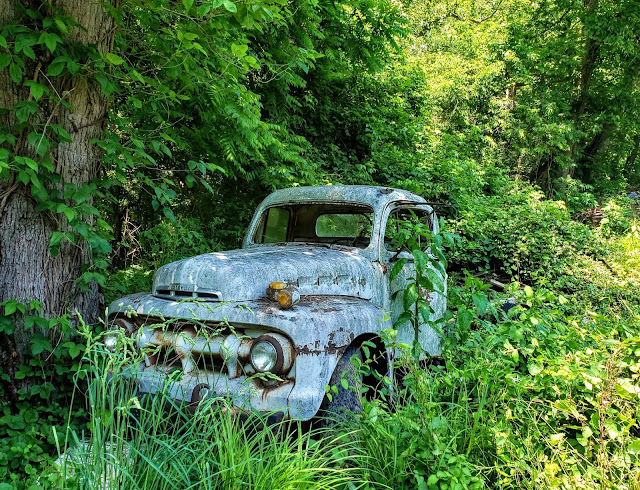 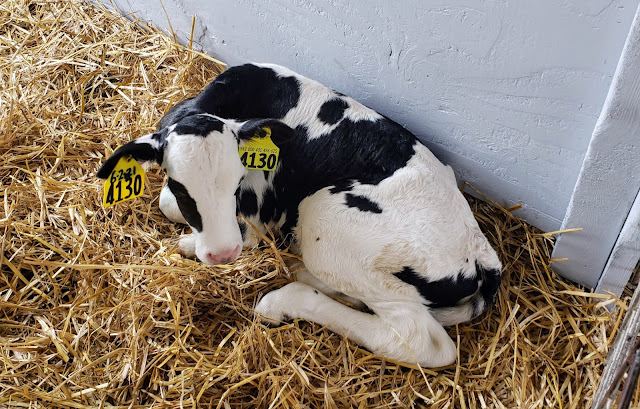 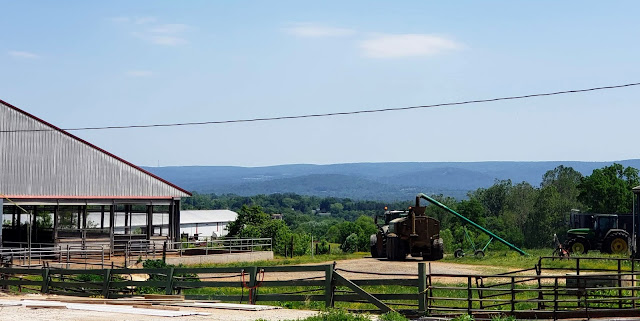