"We build too many walls and not enough bridges." -- Isaac Newton

Like Thomas Shoals Lighthouse outside of Annapolis, the Cassalman Bridge in western Maryland is an iconic Maryland image.
Casselman Bridge once carried the National Road across Casselman River in Garrett County. It remains one of Maryland's most picturesque places, instantly Facebook and Instagram worthy. It has been photographed in the winter, with autumn foliage, and in all sorts of weather.

And this old bridge has earned her beauty -- she's a 200-year old dame that served this nation proudly for 120 years, from 1813 to 1933, carrying the western expansion from eastern and central Maryland west through what was once the frontier wildnerness west beyond Cumberland. She also can boast of being one of the oldest of her kind surviving. 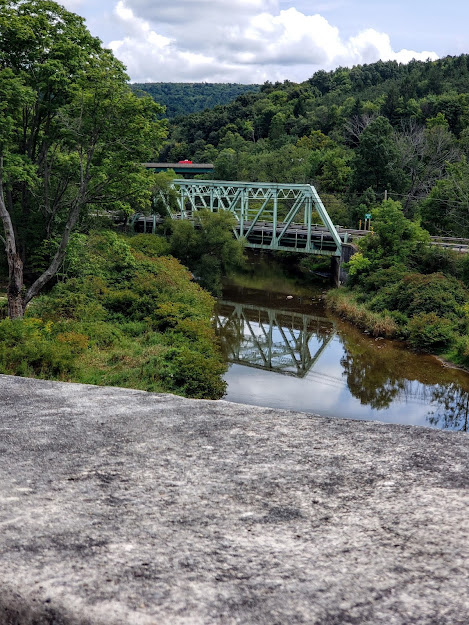 Now, the Old National Pike runs a 100 yards south of the bridge, and another 500 yards beyond that runs I-68 -- both visible from Cassalman Bridge.
When the bridge was built, it was the longest single-span stone arch bridge in the United States, and was built to last, to ensure heavy traffic, including heavy wagons, carrying loads of up to 10 tons, drawn by 12-horse teams, and countless smaller wagons pulled by oxen, loaded with the earthly belongings of those seeking better lives further west. 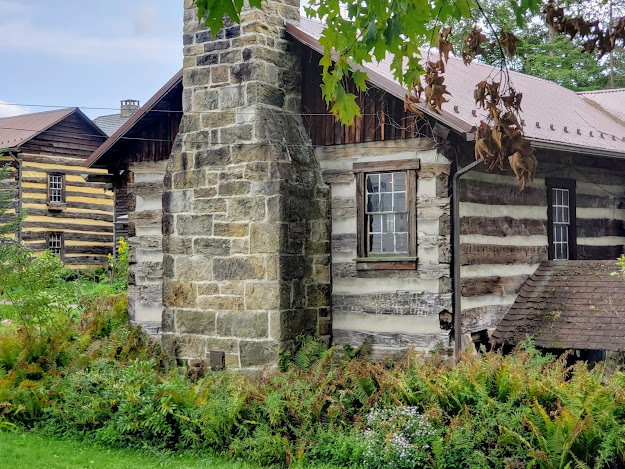 Now the bridge carries pedestrians only; a four-acre space surrounding the bridge is a state park, that also offers picnic tables and green space.
When the 80-foot span Casselman Bridge was constructed, it was the longest single-span stone arch bridge in the United States, and served as an important link on the National Road. A small portion of the original National Road still exists at the approaches to the bridge.
Although the bridge no longer carries vehicular traffic, it is open to pedestrians and is accessible for disabled visitors. 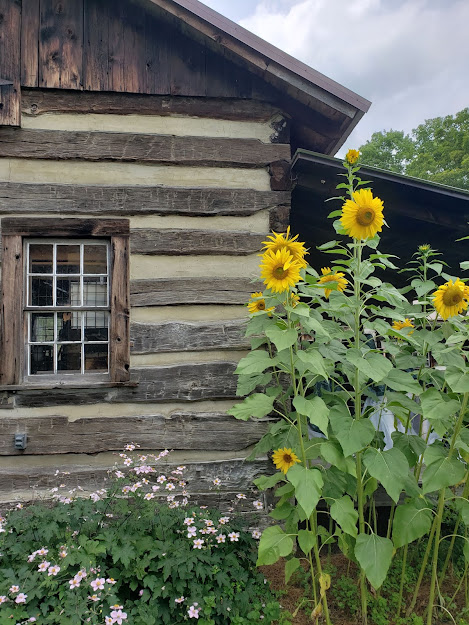 While you're there, walk over the bridge to the Spruce Forest Artisan Village to interact with six resident and usually several visiting artists and their work. 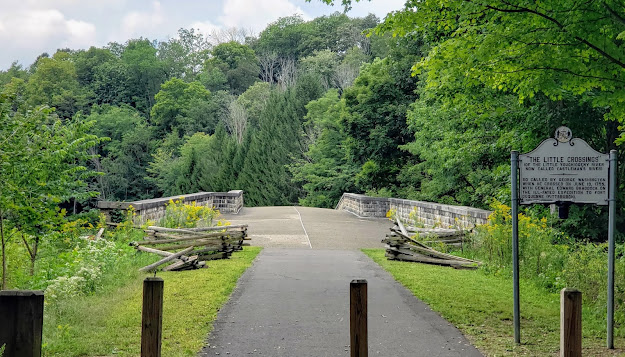 Spruce Forest serves a unique purpose in the Allegheny region. Here in the heart of what was known as Little Crossings in the time of General Braddock, artists have developed designs, genres, and even media specific to this area. Spruce Forest is a venue where artists showcase and sell their work.

I appreciated seeing the log buildings adjacent to the bridge -- this is perhaps what local buildings may have looked like in the early 1800s, or so I imagined.

Plus, who doesn't want to do a little shopping? 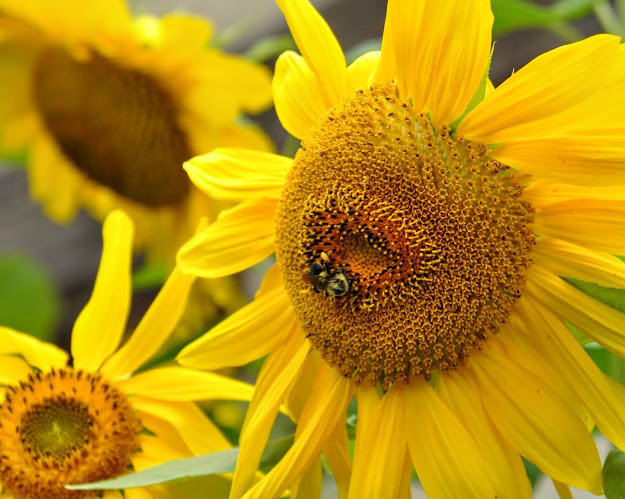 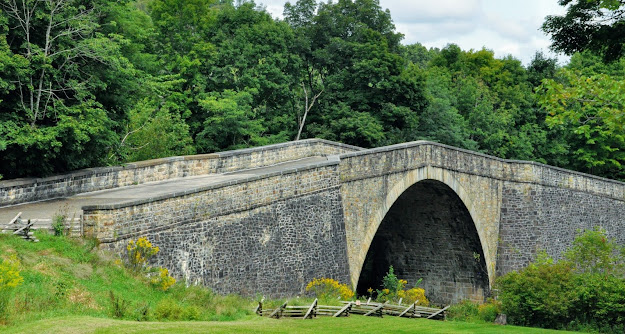