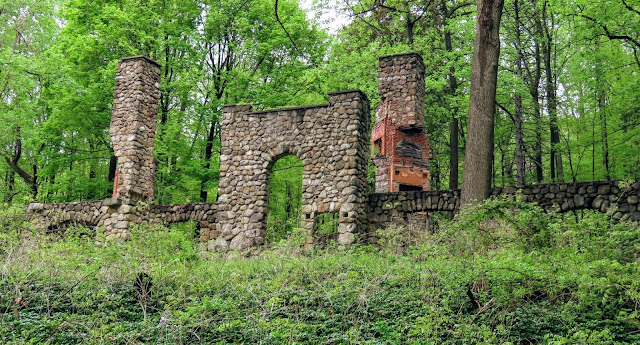 Why are ruins so fascinating? Do we expect to see the ghosts of the people who lived or worked there to suddenly appear? I don't know the answer to that, but I'm fascinated by ruins. There's something sad and creepy and symbolic about beautiful places that have been abandoned. 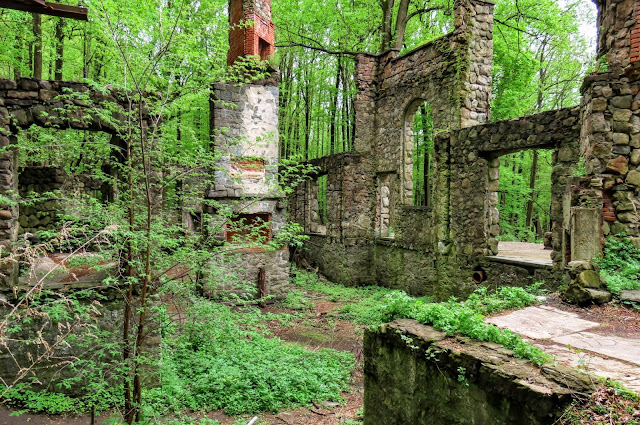 There's almost a fairytale set of ruins hidden on the side of a mountain in Putnam County, NY, in the Hudson Highlands State Park Reserve. Known as the Cornish Estate Ruins, after the second owners and first inhabitants of the estate and mansion, these ruins are easily accessible along a short trail, off of Rt 9W.

In 1917, seeking an escape from New York City, Edward J. and Selina Cornish purchased the 650 acre estate from a diamond merchant Sigmud Stern. Sadly, Stern had been building the estate to share with his wife, Dove. When she died in 1915, just three years after construction had begun, he lost interest in the place, and started looking for a buyer. 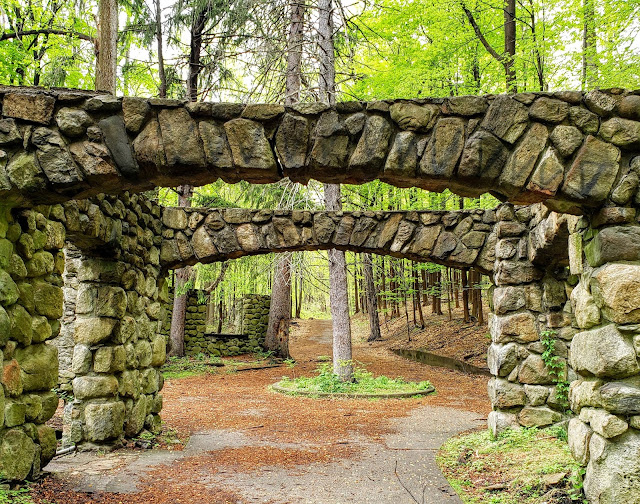 Together they furnished a grand estate, which consisting of a mansion, swimming pool, sunken gardens, an outdoor theater, stables and barns for livestock, and other outbuildings. 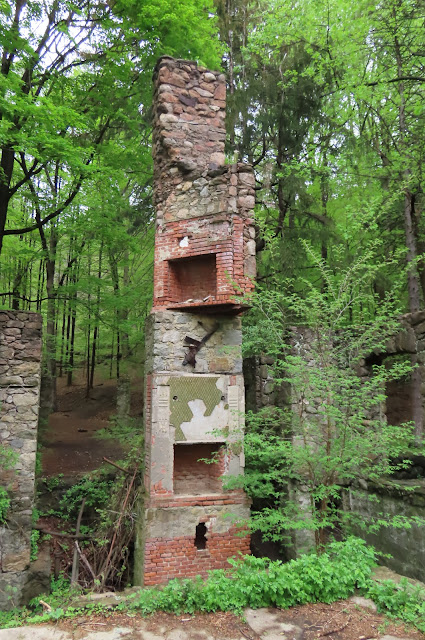 The couple lived in the mansion for 20 years, frequently filling the mansion with their friends, before dying within two weeks of one another. The mansion was not lived in regularly after that. In 1958, the mansion burned down, leaving the ruins we can see today. 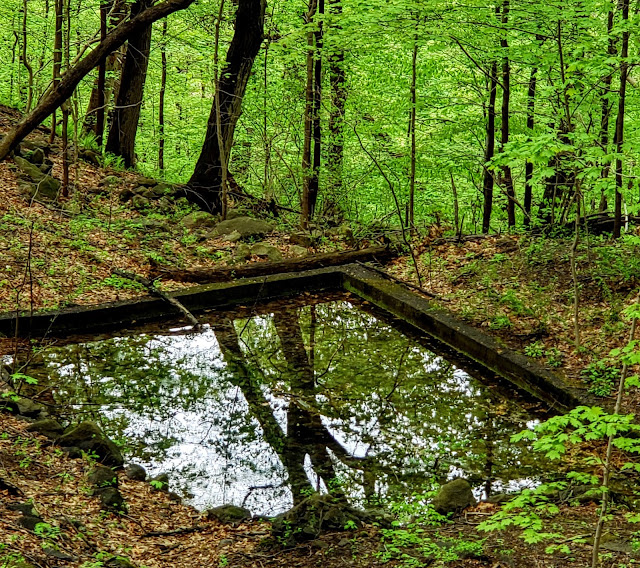 Today those ruins are overgrown; soon the forest will succeed in reclaiming these fairytale ruins. 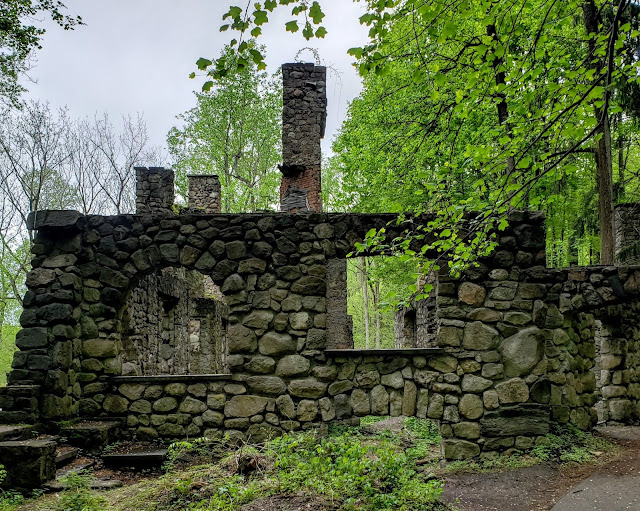 The trail head is located right across the street from the Hudson Highlands State Park visitors center. The trail initially starts off as a fairly narrow and muddy path, partly shaded, before turning a sharp right, and joining the expansive driveway the Cornish's had built leading up to the mansion; which is almost entirely shaded in the summer. This is the part where you climb up the side of the mountain, although elevation gain is just under 200 feet. 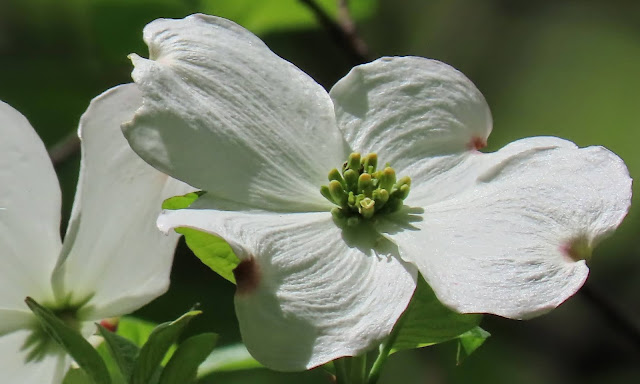 Along the way, however, you can enjoy glimpses of the Hudson River below. Trains pass by frequently, adding a pleasant rumble to the bird song and forest noises. The forest is reclaiming the mountainside; you'll notice dogwoods, as well as a variety of oaks and maples, white ash, American beech, black birch and tulip trees. This would be a beautiful hike in the fall! 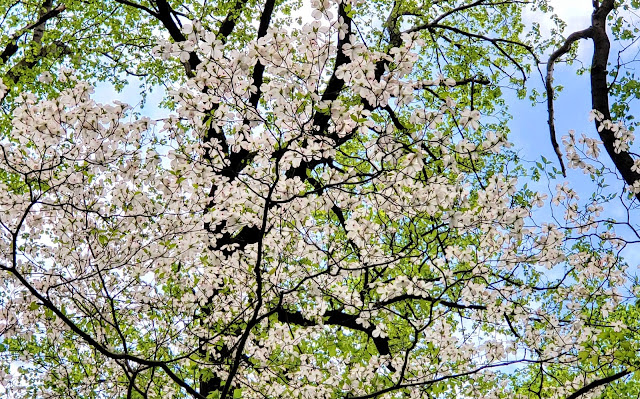 Approach the ruins via the swimming pool, because then your first real view will be the front of the house, which overlooked the Hudson River below.

But then head beyond the mansion to the other buildings, also ruins -- the stables, and so on -- before following the drive up to the waterfalls. 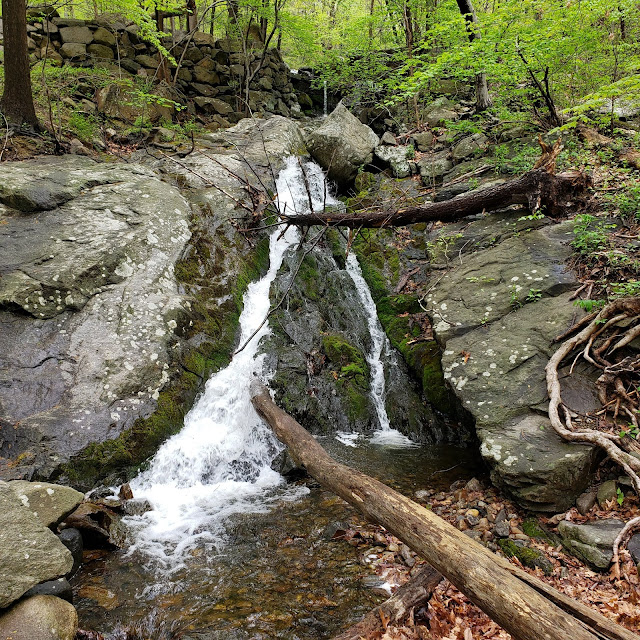 Know before you go: This is a very popular hike. Parking is limited and can be almost impossible on weekends and holidays. So go early, or chance it and hope you luck out. Don't bring your dog on this one -- there's glass everywhere. Also, the trail head is close to a train station, so its easy to take a train from Manhattan to Cold Spring/Hudson Highlands State Park visitors center.
Getting there: 3260 NY-9D, Cold Spring, NY 10516