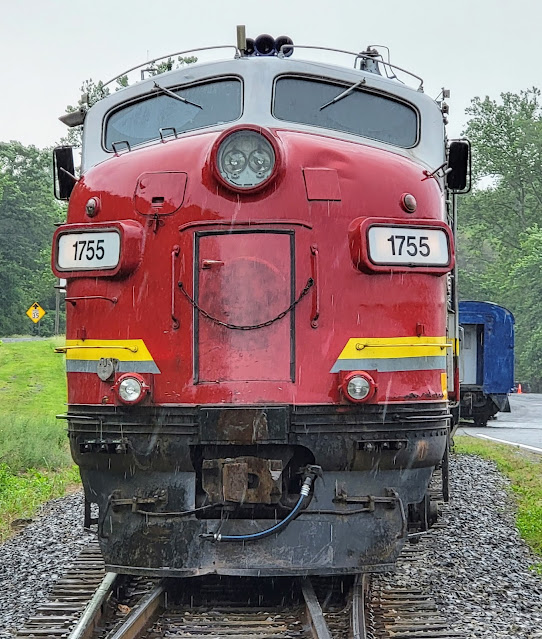 The Potomac Eagle Scenic Railroad is a heritage railroad based in Romney, WV. The railroad operates excursion trains over a former Baltimore and Ohio Railroad line that runs between Green Spring and Petersburg. Since 1991, Potomac Eagle has operated scenic rail excursions through the South Branch Valley in West Virginia. 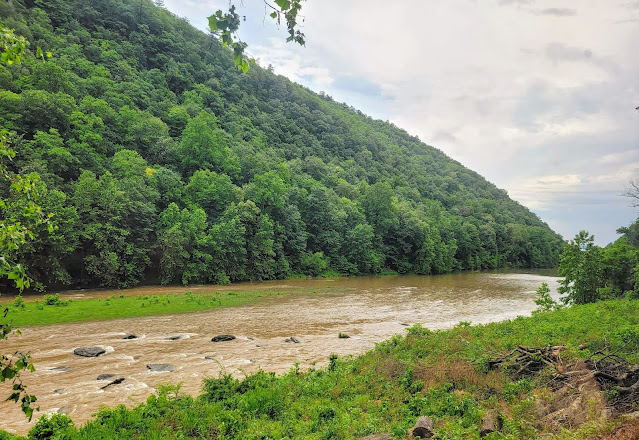 As you wind along the South Branch of the Potomac River, you’ll enter a scenic 6-mile wooded gorge known as the Trough, an area noted for bald eagle sightings, situated in the Allegheny Mountains of Hampshire and Hardy counties. 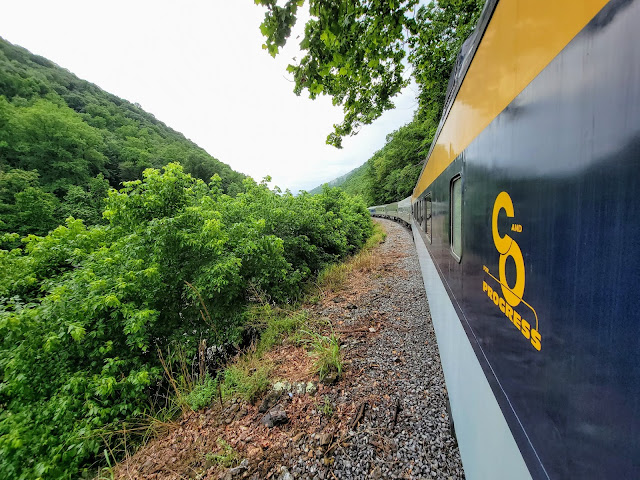 The steep slopes of the Trough are wooded ridges that make it inaccessible from either side. 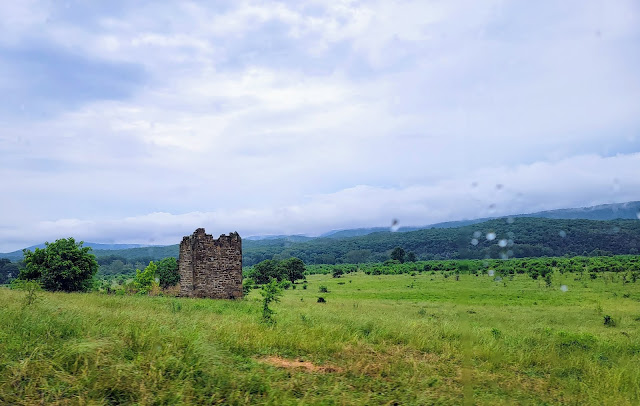 Your options are limited if you want to explore the Trough: you can experience this beautiful stretch of the South Branch Potomac River only by the South Branch Valley Railroad (the SVBR, the host line for the Potomac Eagle Scenic Railroad, runs along the foot of Mill Creek Mountain), by canoe or kayak or on foot.
The three-hour train excursion leaves from Wappacomo Station, just outside of Romney. The good news for us on this rainy day is that bald eagles tend to be more active in overcast and/or rainy weather.
Before you enter the Trough, you travel through scenic farmland. 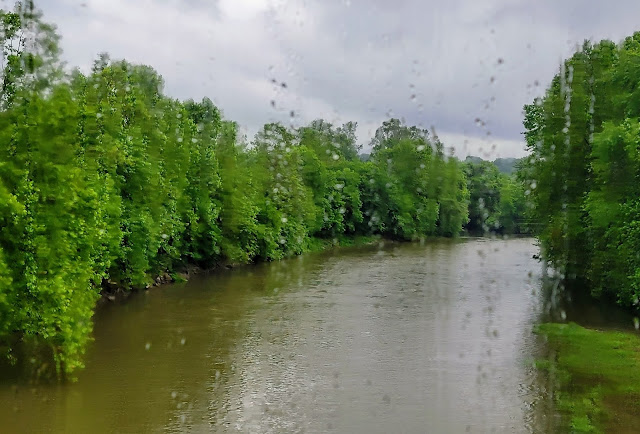 Because of the clean water, tall trees, and breathtaking environment, the South Branch makes a perfect home for these birds -- but the eagles only recently returned to the area, as the first bald eagle nest in West Virginia was found there in 1981. Now there's at least eight documented nests in the Trough. 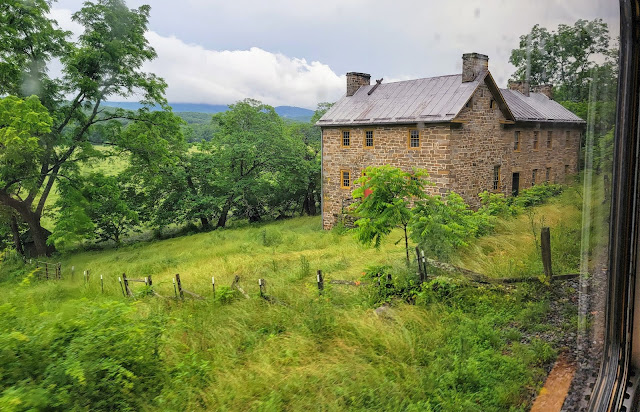 The narrated journey noted the historic homes we passed by, as we were served a four-course meal in the lounge car (yes, it's expensive but the experience of riding in this luxurious rail car is oh, so worth it!). Although it had been pouring as we waited to board and at the beginning of the ride, as we rode along, the rain decreased and soon ended. We felt very lucky! 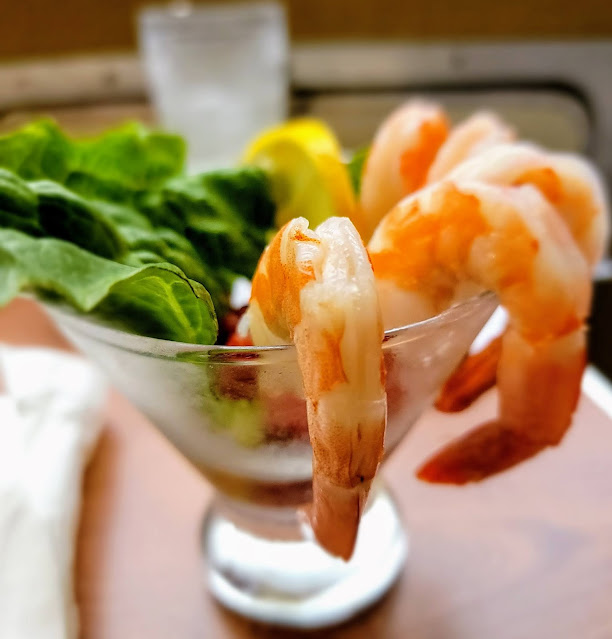 We were dining in one of the railroad's two lounge cars, Pere Marquette’s Eagle Cañon and Chesapeake and Ohio’s Chessie Club, both of which feature couch style seating with tables, are climate-controlled, and include the four-course meal service. 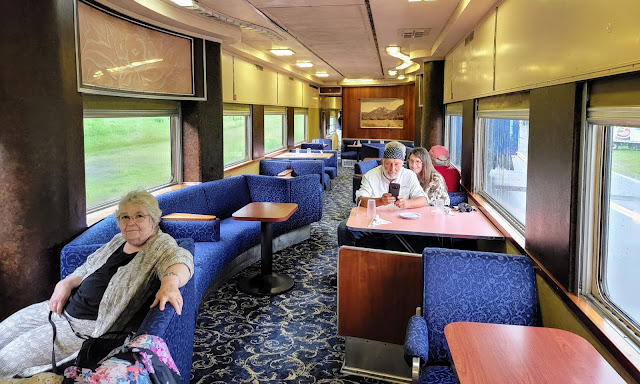 We stopped briefly on our journey into the Trough, to allow passengers to enter an open-top gondola car that had been used to carry freight like pipes or railroad ties, but now is outfitted with benches, lending itself to eagle sightings. 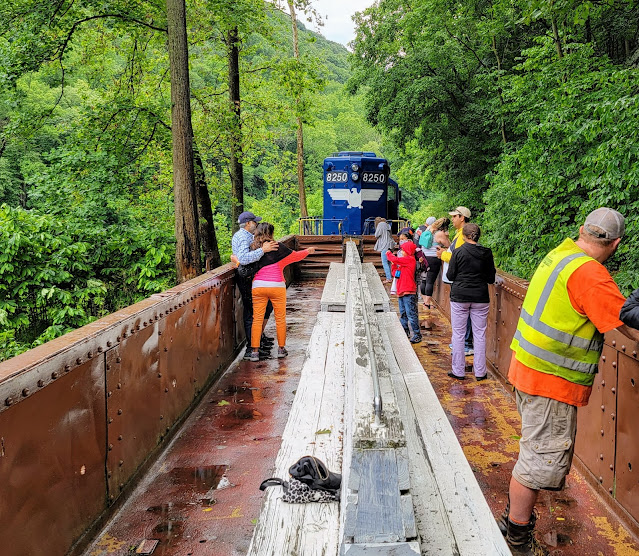 We stuck to the observation car, with large wide-open windows where you can lean out to get a better look that offered a bit more shelter (it was threatening rain) and allowed us to move back to our original seats in the Superior Dining Car. 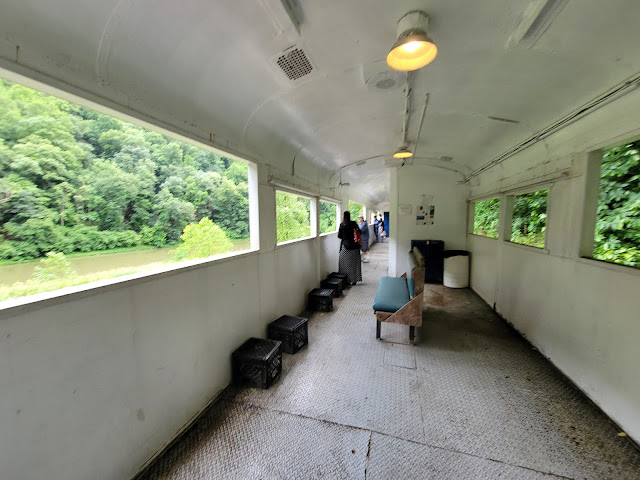 Regular passenger coaches are coupled to the north of the open-air cars. Most of these cars came from commuter rail service on the Canadian National. Typical seating in these cars are cushioned, reversible seats where passengers can move the seat-back in order to face in either direction. 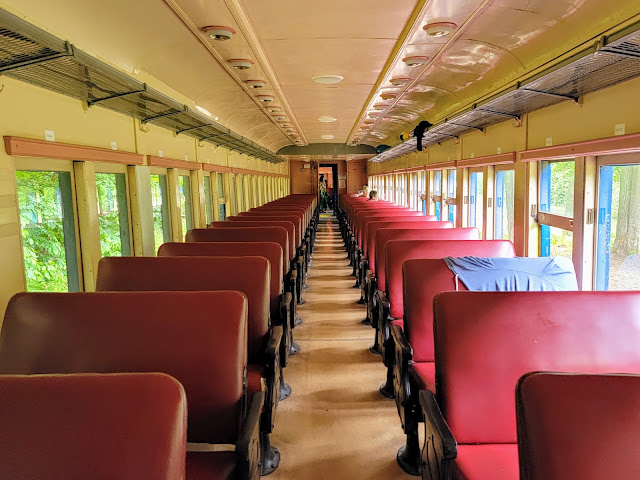 Other seating options include the three air-conditioned cars featuring table-style seating, which is convenient if you're bringing picnic lunches or simply wish to purchase snacks from the concession car. 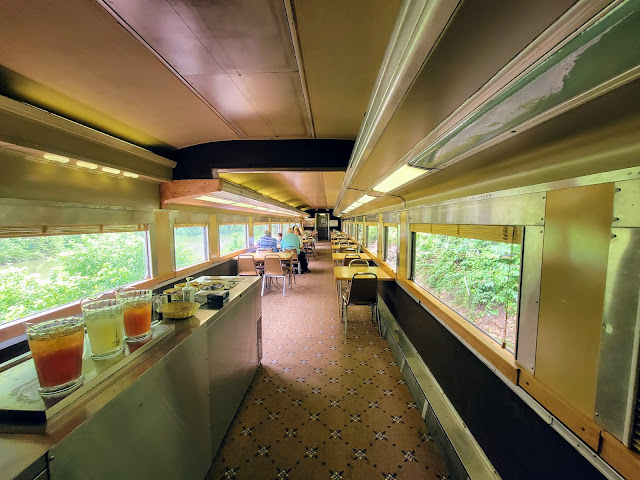 The concession car originally was a kitchen car during the Korean War offering a selection of hot dogs, nachos, candy, chips, popcorn, and other snacks as well as beverages such as hot coffee, soda, Gatorade, and water. 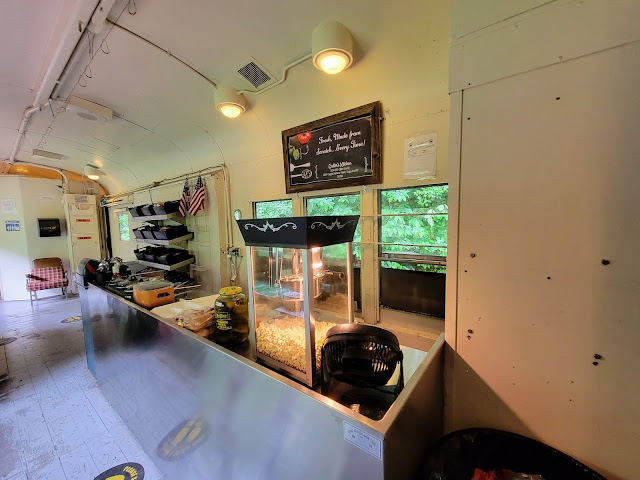 We spotted deer just as we started entering the Trough, but it was over shadowed by two eagles flying over.
We soon spotted the first of the two nests that can be seen from the train, with fluffy little eagle balls still in the nest.
We saw a variety of eagles -- six or seven in all, a rewarding trip! I spent some time in the observation car, chatting with Greg, the Conductor, whose served as a conductor for three years. He says he loves his job, especially seeing the eagles, and enjoying the wonder of the passengers enjoying the eagle sightings. 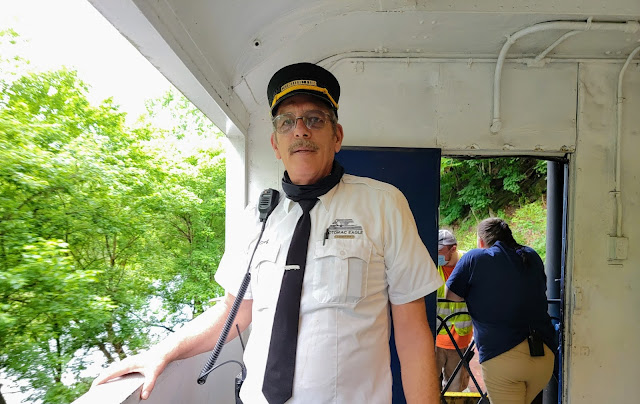 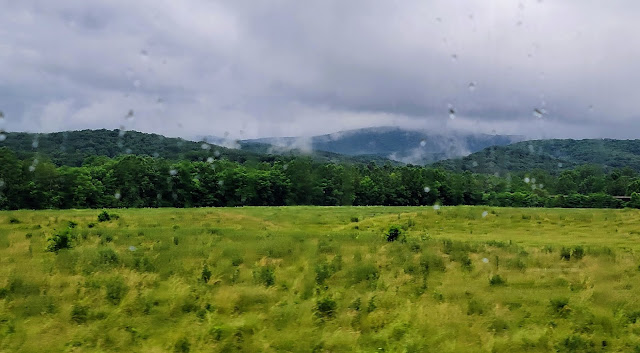