The Secrets of Pemberton Hall 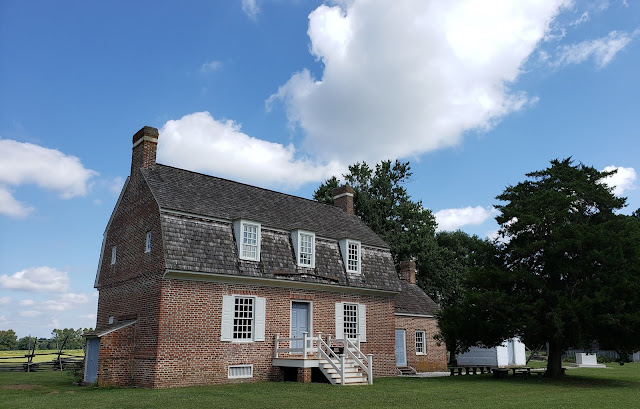 Nearly 300 years old, Pemberton Hall is located in Salisbury, MD in Wicomico County. When it was built, as now, it was surrounded by a rural, wetland landscape. The building holds it secrets. 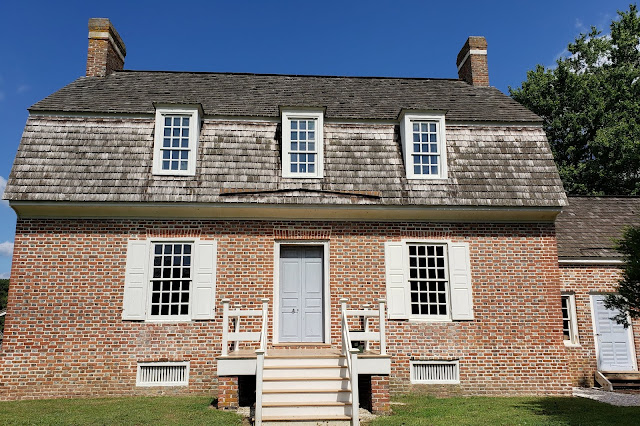 Col. Isaac Handy built the home in 1741. Although decades of neglect in the 20th century brought it to the point of ruin, it was saved and restored, and remains an outstanding example of eighteenth century Eastern Shore regional architecture and the only such structure open to the public. 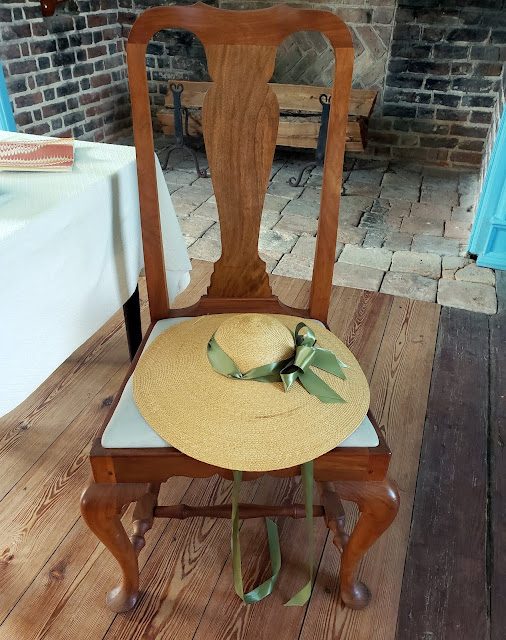 Isaac's family history is interesting: his father, Samuel, arrived on the Eastern Shore in the late 1600s century as an indentured servant. Not only did he survive his indenture, he thrived. When he died in 1721, he owned more than 2,000 acres as well as ships that plied the coastal trade. With his wife Mary, they raised 15 children. The 13th child, Isaac, purchased 960 acres of undeveloped land from Joseph Pemberton in 1726. 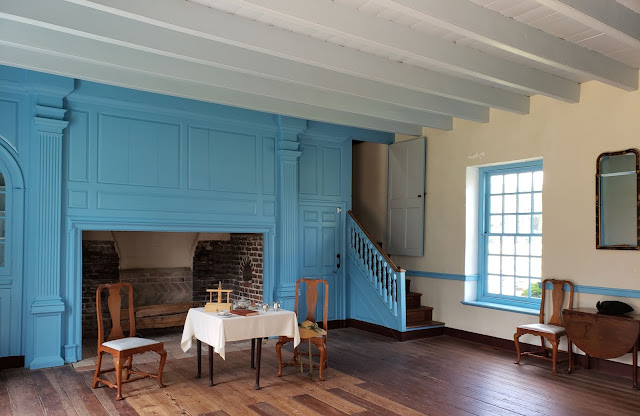 During the mid-seventeenth century, the Maryland colony expanded along the shores of the Chesapeake Bay and up the many rivers and inlets. Maryland's Lower Eastern Shore offered many advantages to European settlers and would-be farmers: level expanses of sandy soil favorable for growing tobacco, grain, and other crops; abundant streams to power mills; and protected inlets and coves suitable for boat landing from which plantation goods could be shipped to Britain and other foreign and domestic markets.


The house itself is cheerful and bright and must have been a comfortable haven for those who lived in it, despite the hardships they would have endured as colonists in a very rural location. Like most other large land-owning white families, the Handys enslaved Africans on their property. Life for the enslaved individuals would have been very different, although little is known about those the Handys enslaved, unfortunately, and that remains one of the secrets of the house: how were they treated, what did they think, what were their dreams and hopes, what were their names? During the house tour, a pallet is pointed out on the second floor, with an indication that an enslaved individual would have slept there, always ready to provide aid and service to the Handy family. 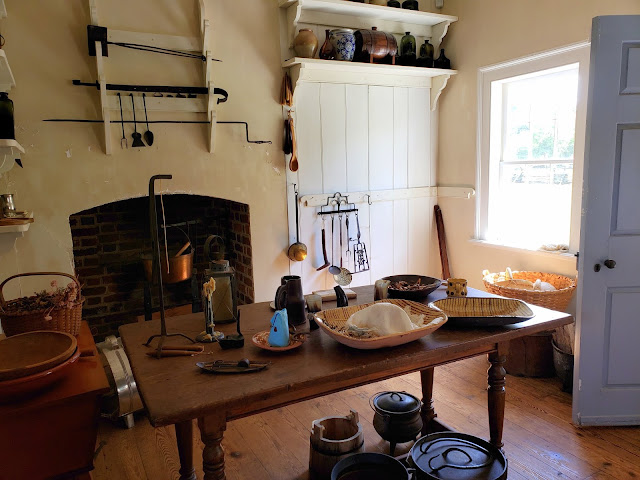 During the American Civil War, the Hall was the home of Salisbury militia Capt. Allison Parsons, a Southern sympathizer. Despite the Federal troops encamped in Salisbury, Parsons insisted on firing a cannon upon the receipt of news of each Confederate victory, which really must have irked local Union commanders, given how many battles the North lost. 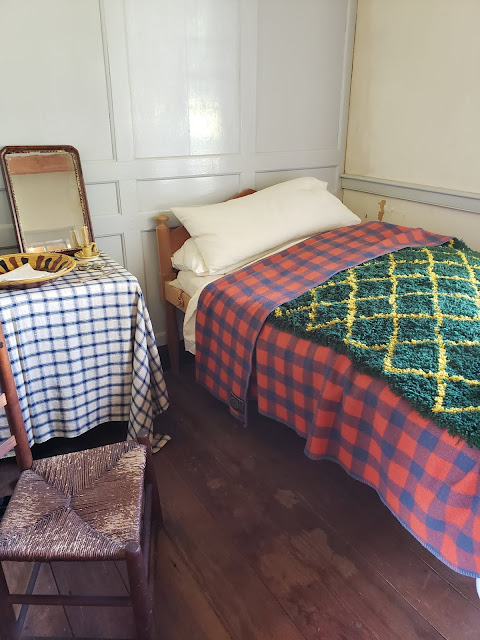 After Parsons ignored orders to cease the firings, U.S. Army soldiers raided Pemberton Hall intent on silencing the cannon. Their efforts were thwarted by Parsons, who had buried the cannon before their arrival. Parsons also likely used Pemberton Hall as a rendezvous for Eastern Shore Confederate sympathizers. 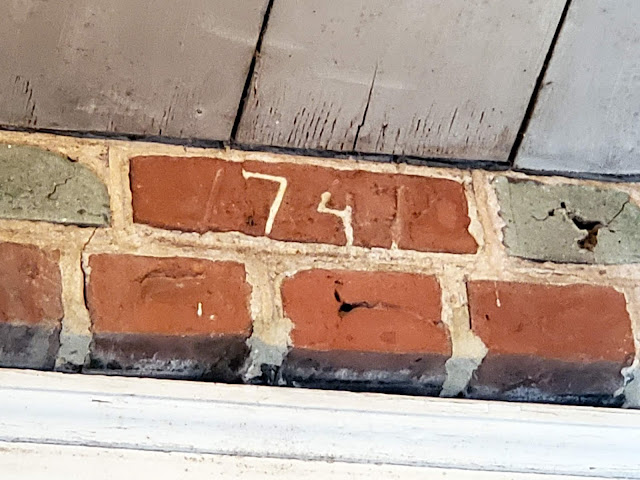 Two hundred years after Handy died in 1762, Pemberton Hall had fallen from a thriving plantation home into a derelict property on the verge of destruction. But in 1963, the Pemberton Hall Foundation was established, and the building was saved.

Over the years, the Foundation has worked to save and restore the building and research other buildings on the grounds. Now, the home's furnishings reflect life in pre-Revolutionary times, and have been produced based on three 18th century probate inventories of the plantation. Paint colors have also been replicated as a result of spectral and chemical analysis and the result is the beautiful, cheerful manor house. 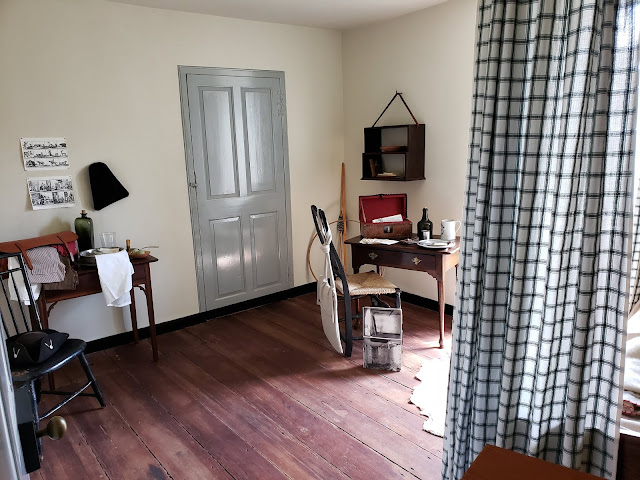 The house is significantly different than the other homes built in the 1700s that I've visited and is well worth your time for a visit. While you're there, plan to spend a few hours walking the trails in Pemberton Park! 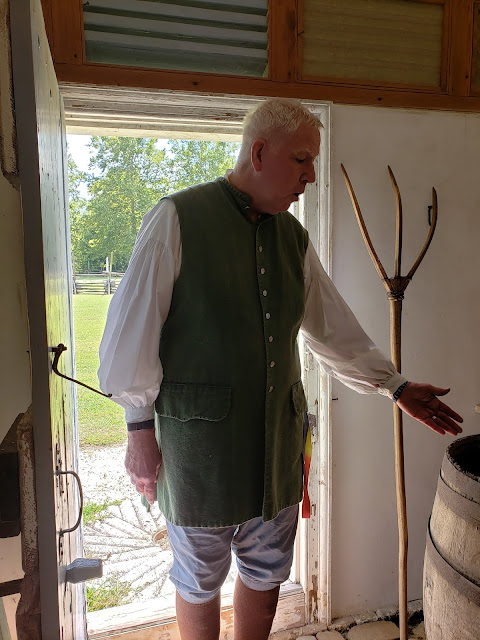 A note about the enslaved individuals who worked on this plantation: None of the buildings where they lived and toiled, other than the house, kitchen and barn, exist (or have been rebuilt). Several times during the tour, the docent noted that the enslaved people on the property were content, because they had food and shelter and clothing in a very hostile environment, that it was one community that needed each other but there is no evidence to support those statements. As with other former plantations, I wish more would be done to learn more about those the Handys and the Parsons enslaved. 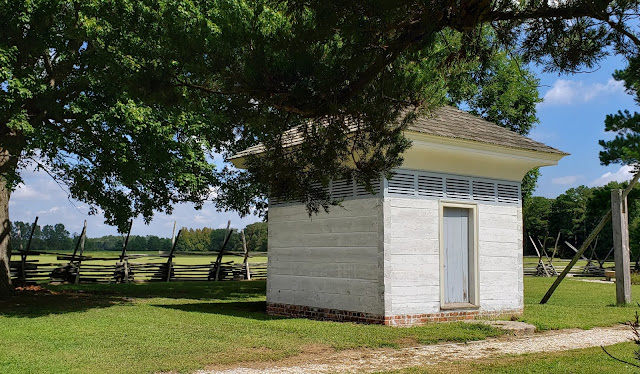 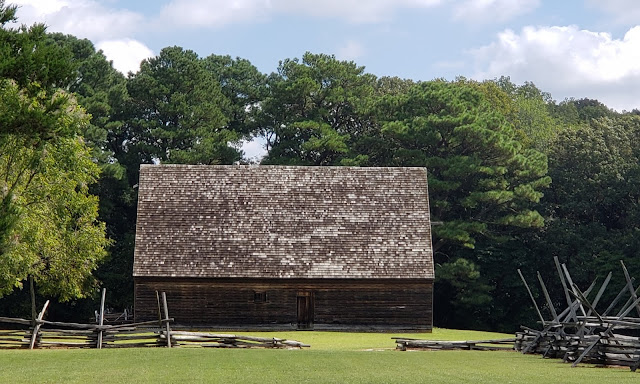 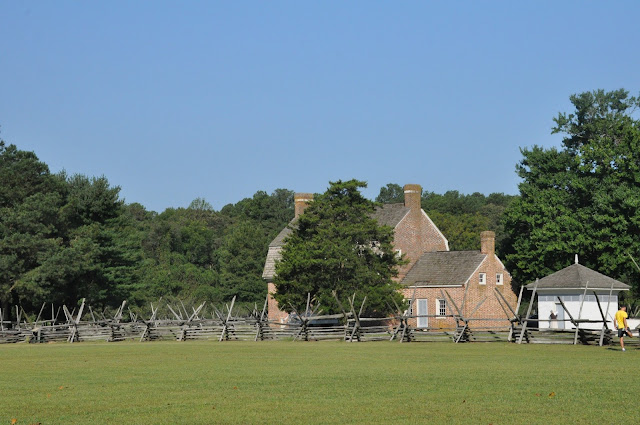