Ever since spending a couple of years of my childhood in Panama, I've enjoyed touring battleships. Luckily, there are a few in the mid-Atlantic region, including one in Camden, NJ: the USS New Jersey. 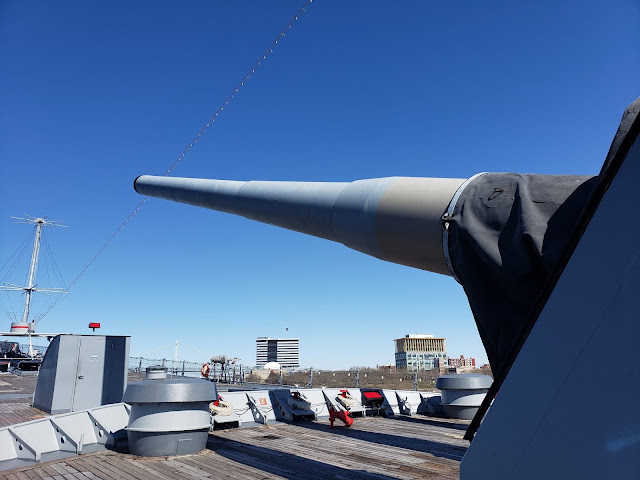 The USS New Jersey is an Iowa-class battleship, and was the second ship of the U.S Navy to be named after the state of New Jersey. 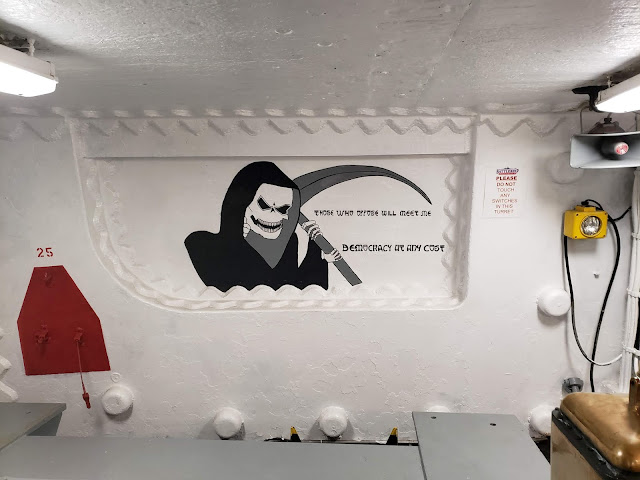 She earned more battle stars for combat actions than the other three completed Iowa-class battleships, and was the only U.S. battleship providing gunfire support during the Vietnam War. 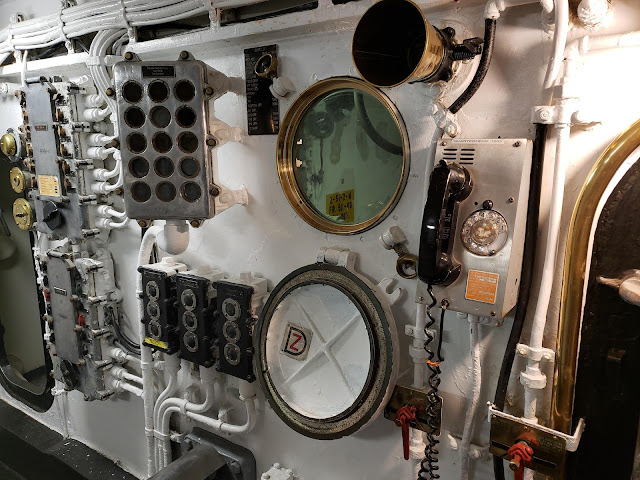 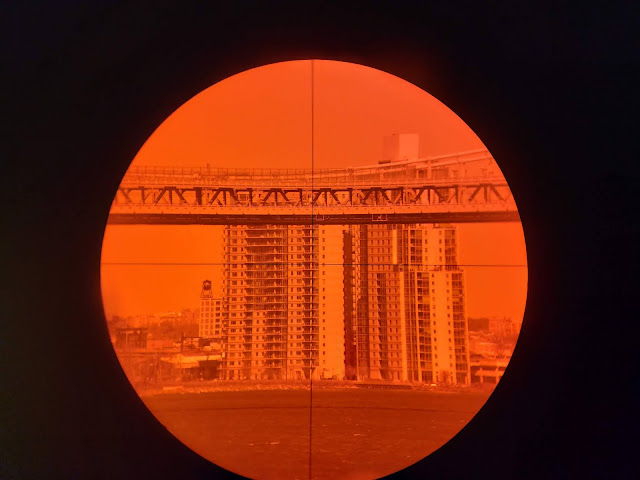 During her active service, she saw combat operations during World War II, the Korean War, the Vietnam War, the Lebanese Civil War, and service in the Persian Gulf. After briefly being mothballed, she was donated to the Home Port Alliance in Camden, NJ, and began her career as a museum ship 15 October 2001. 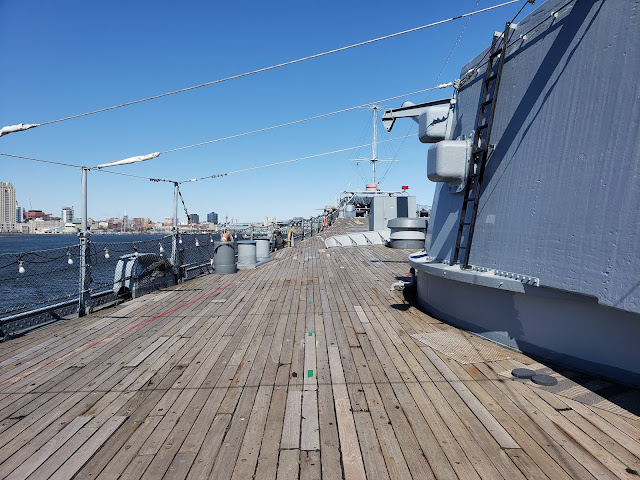 Shortly after her arrival New Jersey was opened to the public, officially beginning her new career as a museum ship with the name Battleship New Jersey Museum and Memorial. 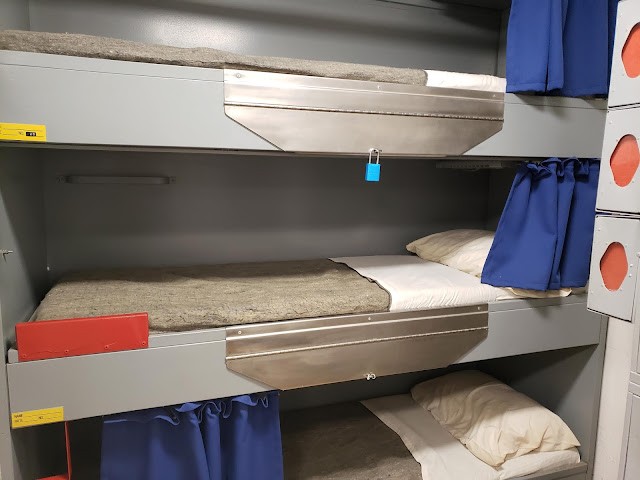 The mission of the Battleship New Jersey Museum and Memorial is to restore, preserve, and exhibit the continuing history of the USS New Jersey and those who worked and served on her so their service will continue to educate and inspire future generations. 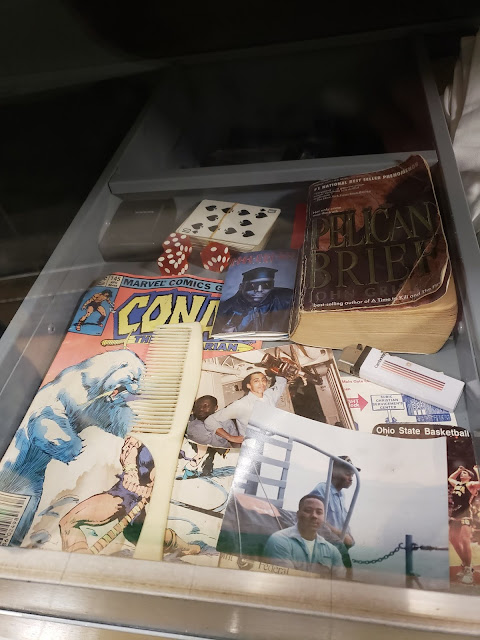 Touring this museum ship gives you an idea how the men and women who served their country aboard her lived and worked. Exhibits include examples of belongings the sailors who served on the USS New Jersey might have brought with them. 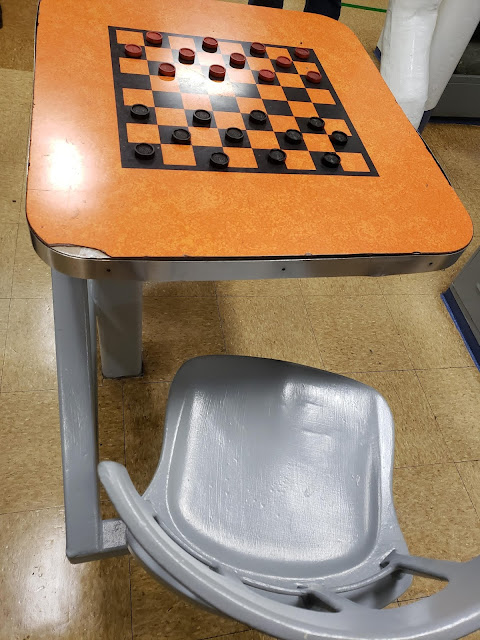 Self-guided tours, guided group tours, and overnight encampments are offered on the floating museum. Overnight encampments, typically for the benefit of Scouting organizations, also offer the opportunity to sleep and eat in the original berths and mess decks. 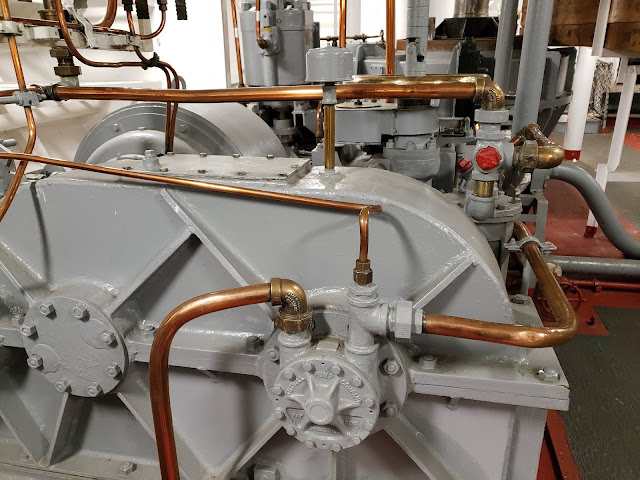 Want to tour the Battleship from home? Well, now you can! Visit https://youtu.be/kDOFBGIf6Uo

Hours: Check the website for hours and to ensure the ship is open. 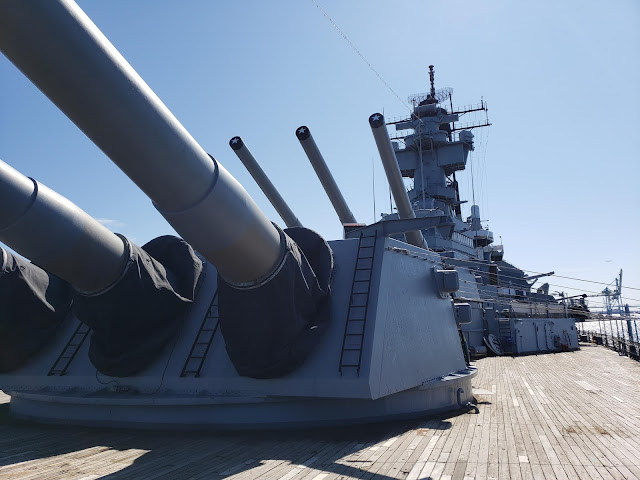 Do you enjoy touring museum ships? If so, check out Baltimore's historic ship museum: 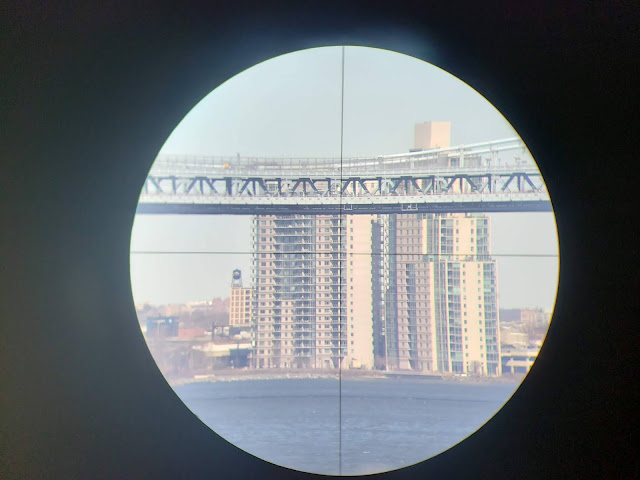 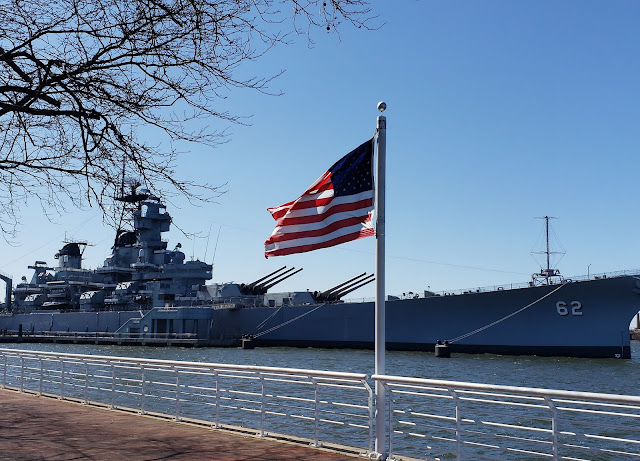