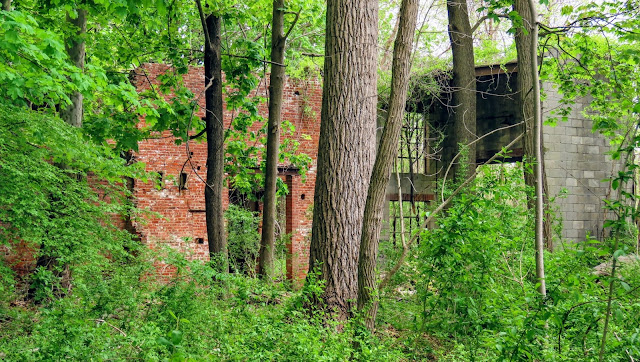 The Old Forge Loop Trail was billed in AllTrails.com as being great for kids, and so I was about to dismiss this walk, until I noticed that there were ruins and a waterfall.

They had me at ruins.

Turns out, the waterfall is meh, but the history and the ruins are fascinating -- and has a Civil War link that made this Civil War history buff glad we spent an hour on this hike. This little hike packs in a lot of history!

Plus we saw a pair of eagles fishing and eating their lunches, which really made our day!

We started the Old Forge Loop Trail from Foundry Dock Park, where there's not ample parking on a week day -- in fact, there's only two spots. But on weekends, you may use the parking spots at the train station, and that's probably enough parking for all. The hike was 1.6 miles, the way we walked it.

From the park, head over to the Metro-North train station and head up the stairs (or take the elevator) to cross over the tracks to the other side, then head down the platform to reach the trailhead.

From there, the trail leads you alongside Constitution Marsh Sanctuary, a 270-acre tidal marsh that includes Foundry Cove, once the site of ecological disaster and an Environmental Protection Agency superfund site -- from 1994-1996, the cove underwent substantial dredging and remediation to remove the heavy-metal poisoning left by the Marathon Battery Company plant and to restore the wetlands. Afterward, the Scenic Hudson organization purchased the land to protect it and preserve the history on it. Before opening it back up to the public, they had to remove tons of debris dumped on the site over the decades, preserve and stabilize the ruins, blaze trails and install the signage. 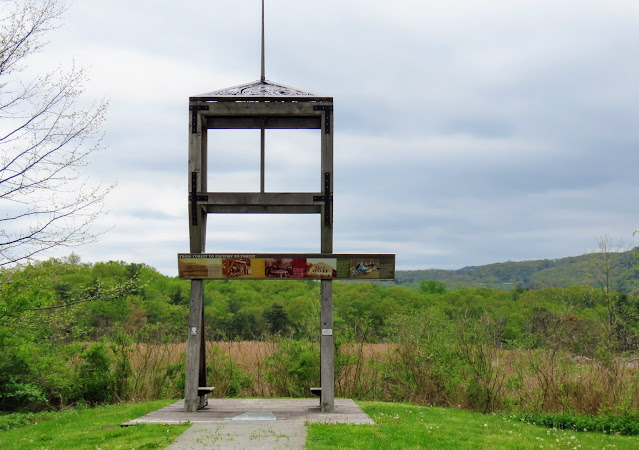 Shortly after 1812, President James Madison realized that heavy artillery would be key to ensuring national security, and designated the area as one of the four sites for a foundry. Cold Spring offered everything a foundry could want: close to sources of iron ore, had onsite water power, an abundance of local hardwood (from which could be made charcoal, a necessary part of the forging process), and an adjacent river to transport the finished goods. 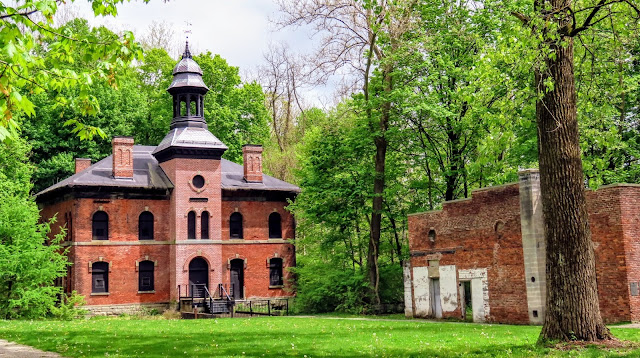 The foundry was established in 1817. At its hey day, it employed a thousand individuals, providing significant boost for the town of Cold Spring.

Among the items manufactured in the foundry are miles and miles of the cast iron water piping, still in use in New York City today; machinery for cotton and sugar mills; and parts used in cast iron furniture and architecture. The foundry produced more than 17 thousand cannons -- in particular the rifled Parrott guns patented by Foundry Superintendent Robert Parrott -- and 1.3 million projectiles (presumably cannon balls). This reliable production of superior artillery ensured the Union's military superiority on both land and sea during the Civil War. 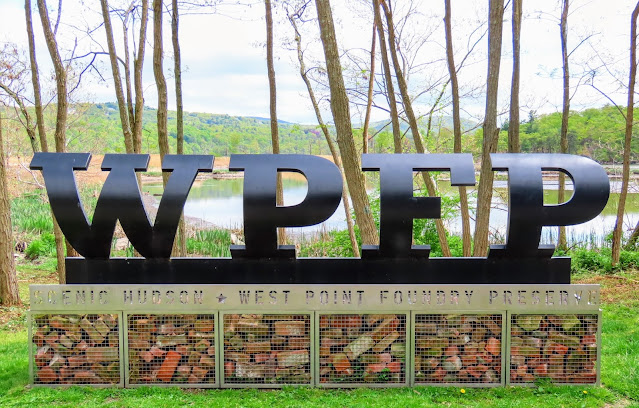 If you've been to a Civil War battlefield, you've likely seen a Parrott Gun (cannon). 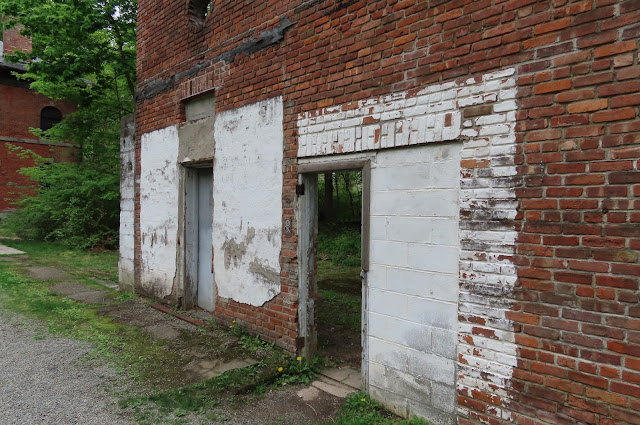 Cool Civil War fact: The foundry produced the guns that graced the USS Merrimac as well as the engines that powered the USS Monitor. When the Confederates captured the Merrimac, they renamed her the Virginia; the two iron-clad warships battled each other on 9 March 1862. 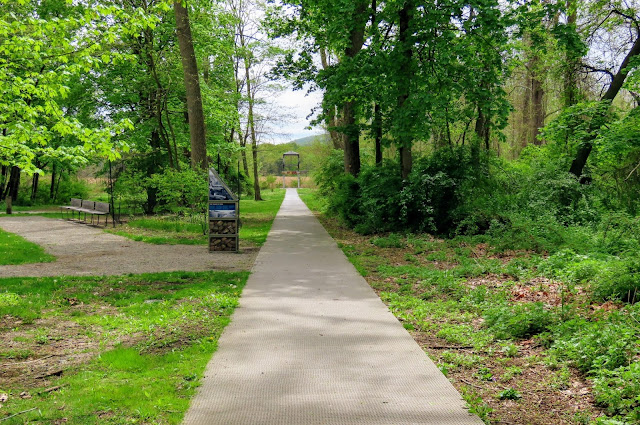 Post Civil War, munitions orders declined and competition from steel mills sealed the deal. By 1911, the foundry shut down. 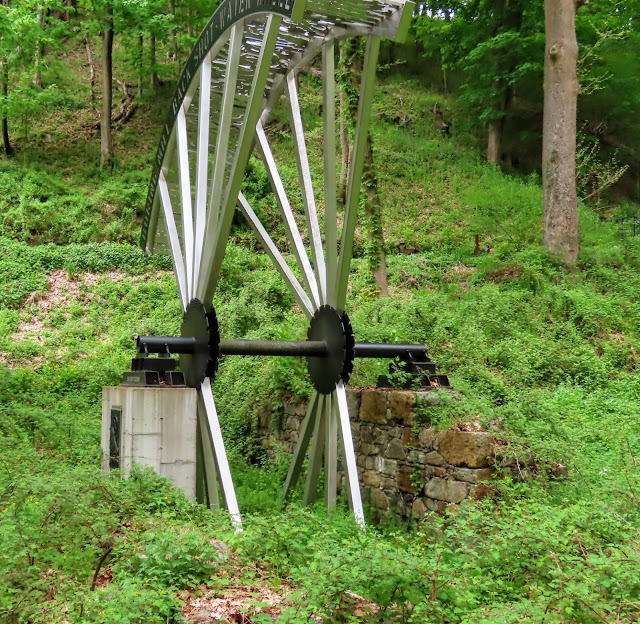 The Old Forge Loop Trail, which is blazed in yellow, traces the process of creating these “game-changing” weapons. The trail sits atop the rail line that linked the buildings (turntables made it possible for railcars to enter them). The line also brought raw materials to the foundry and delivered finished goods to a loading dock on the river (now the Foundry Dock Park). 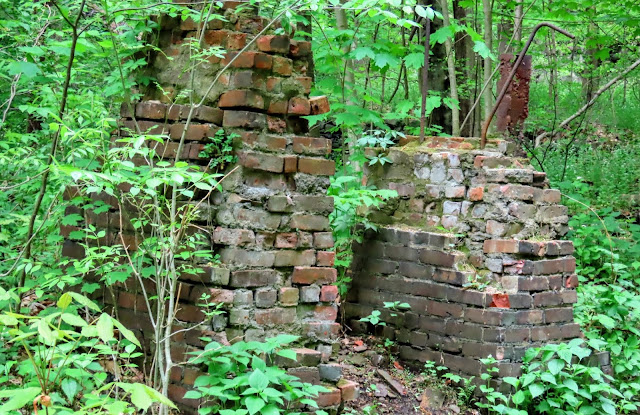 The trail passes the remains of foundry buildings and interpretive features that tell the story of the site’s contribution to the Industrial Revolution and the Civil War, as well as the land’s astonishing ecological renewal.

The trail is wheelchair accessible if you treat it as an out-and-back hike. Once you climb the stairs (at which point it is not accessible), you walk through a bit of forest before descending down to the WPFP parking lot. You're not missing anything. 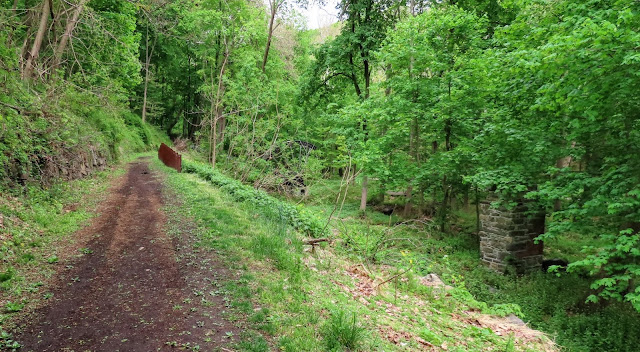 The walk from the Foundry Dock Park to the parking lot at West Point Foundry Preserve takes you along the Constitution Marsh, which is known to have eagles. We were lucky to have spotted them on our way back from the loop hike, and we sat down to watch them fish and then eat their lunches. 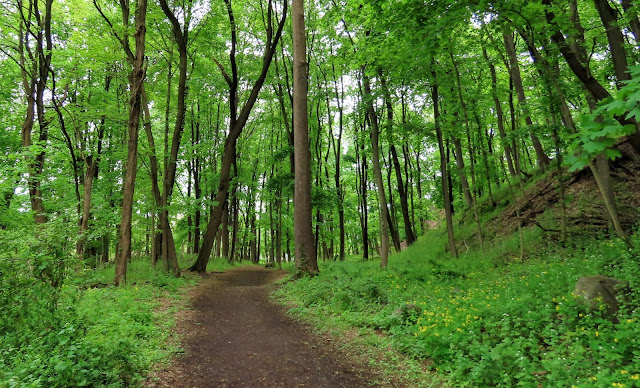 Which reminded us that we were hungry ourselves, and jonsing for some nourishment. We finished up our walk, and drove over to Main Street / NY Rt 301, which offers a variety of restaurants. We ended up at Juanita's Kitchen and enjoyed some tasty empanadas. 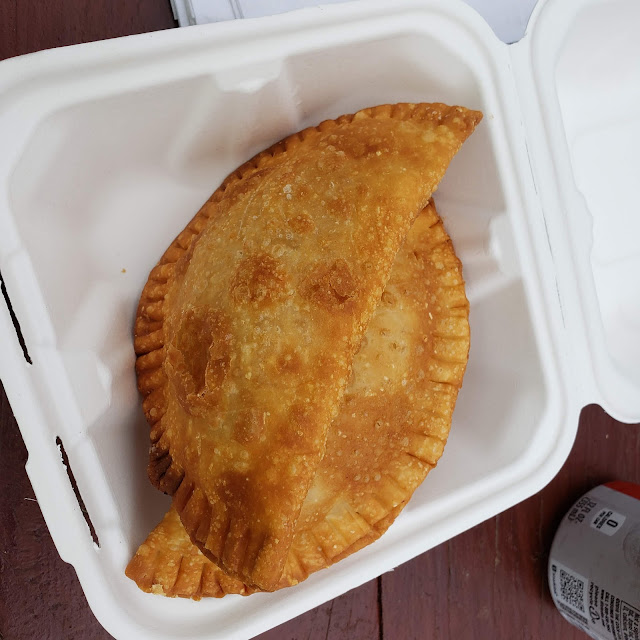 Know before you go: If there isn't parking at the Foundry Dock Park, then GPS "West Point Foundry Preserve" and you'll not only have a shorter hike -- a half mile loop -- (but with all the history), but will be likely to find plenty of parking, and bathrooms. 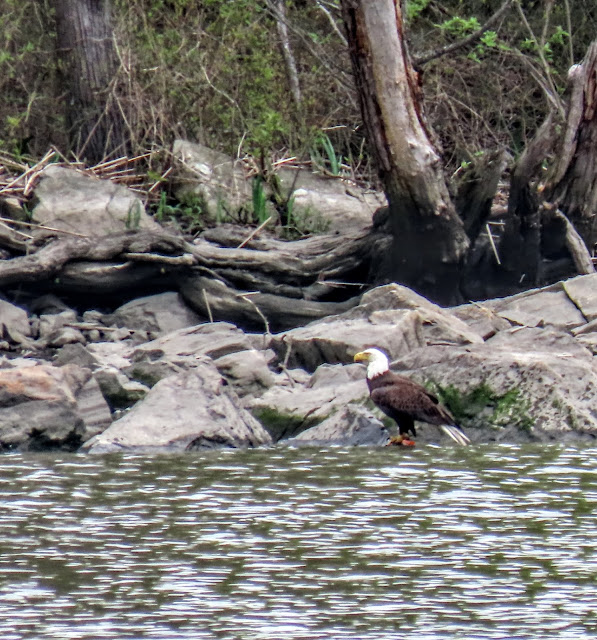 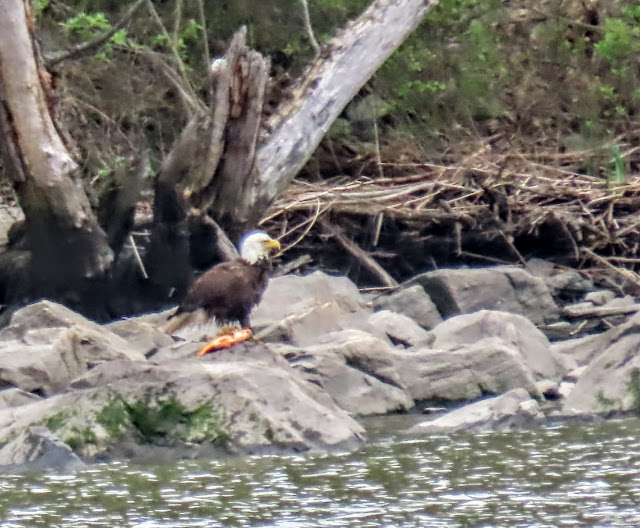 Getting there: Foundry Dock Park is at  and West Point Foundry Preserve parking lot is at 80 Kemble Ave, Cold Spring, NY. 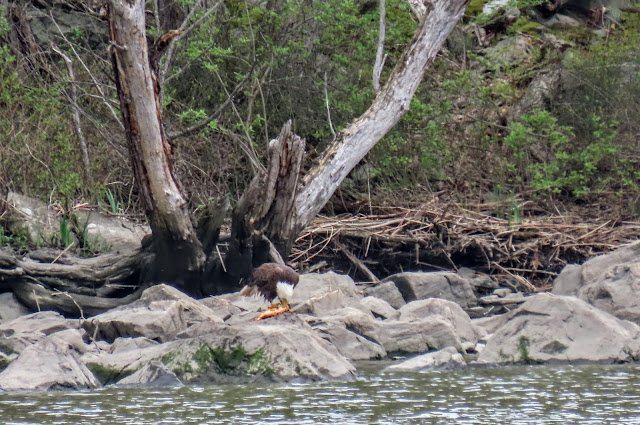 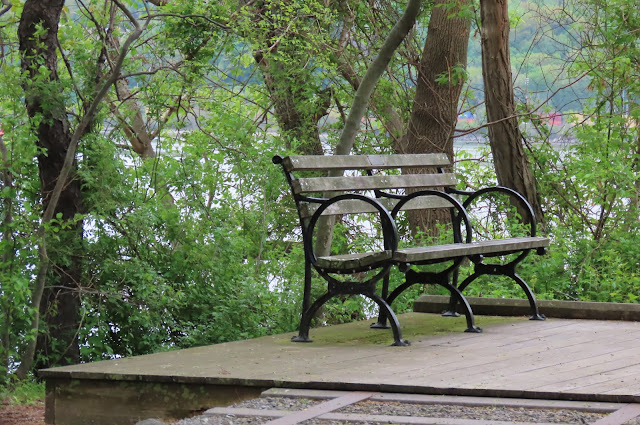