Could There Be a Qainter Town Than Shepherdstown WV? 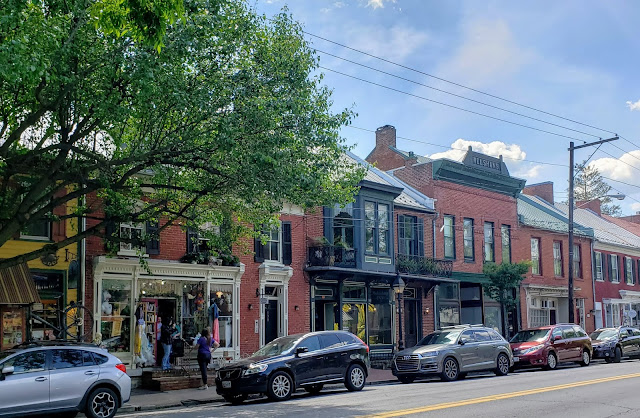 Shepherdstown dates back to 1762; Thomas Shepherd founded Mecklenburg, as it was known then, was a bustling little town of 100 by 1775, filled with millers, tanners, potters, smiths and other artisans who appreciated the six natural springs which feed Town Run as it enters the south of town. This small stream meanders through backyards, under houses, across alleys and beneath five streets. 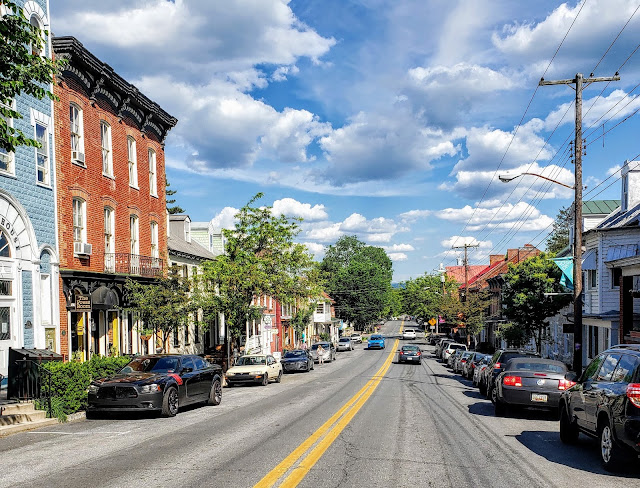 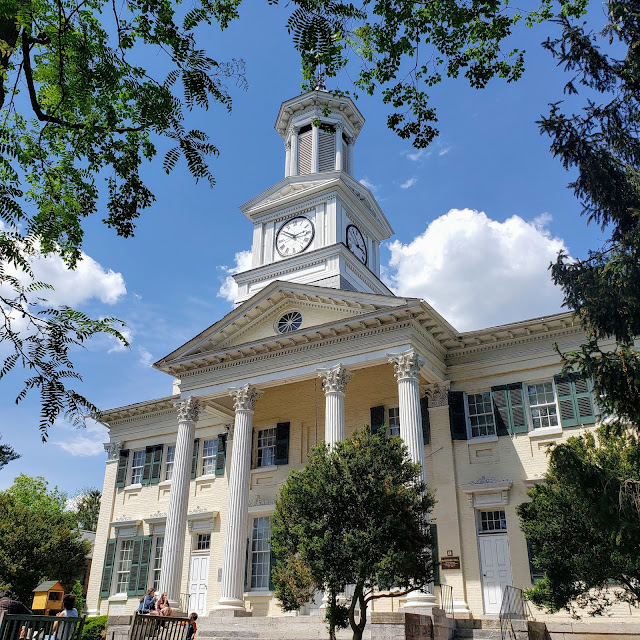 In the town, Shepherdstown University adds energy to this quaint town, and its a great daytrip destination if you're in the mood for a pleasant afternoon spent strolling the historic blocks and dining at one of the inviting restaurants. 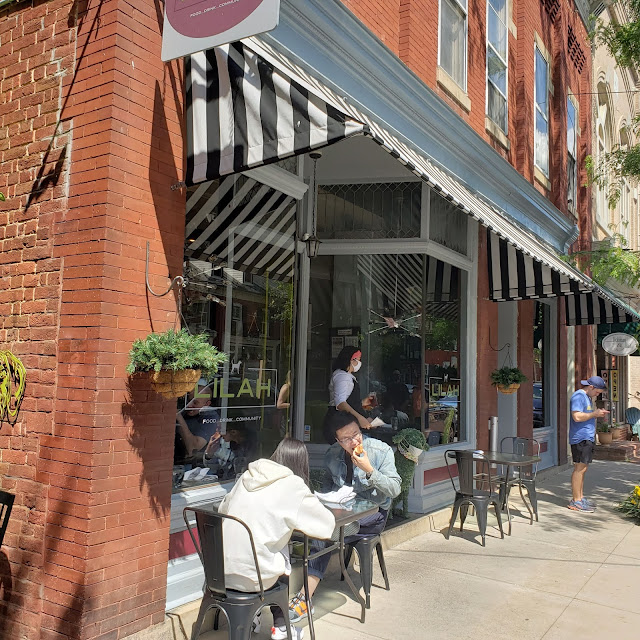 Throughout the town are several signs detailing the town's history, including one that recounts the July 1775 Beeline March from Shepherdstown to Cambridge, MA, when the Virginia Volunteer Riflemen responded to then General George Washington's call by walking 600 miles in just 24 days. Local cemeteries and burial grounds hold the remains of 38 Revolutionary War veterans. 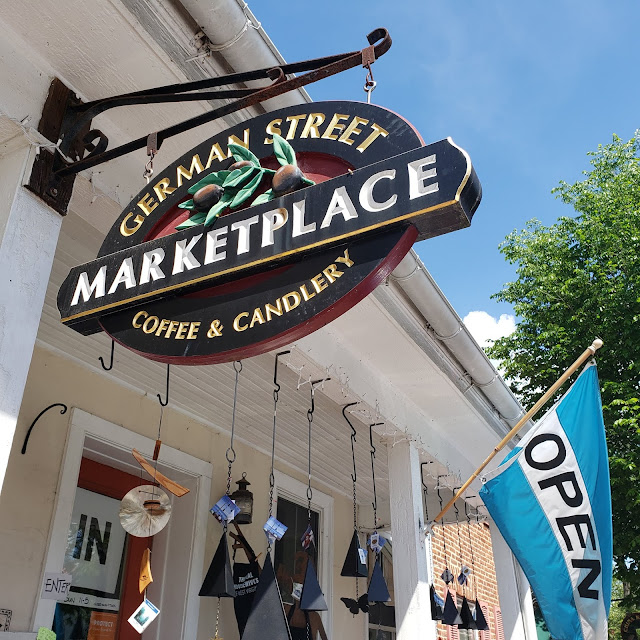 Despite its bustling past, today, Shepherdstown is a quaint, college town with restaurants and boutiques, as well as historic homes lining its streets. 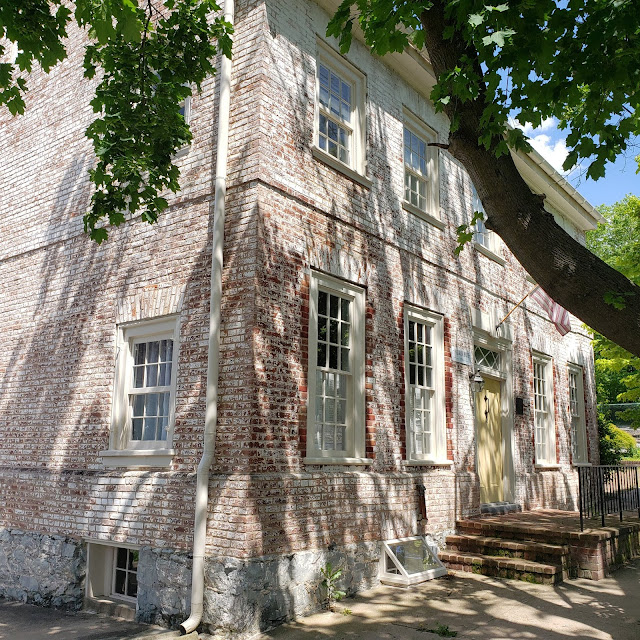 Many of the buildings still retain their historic charm; many of the panes of glass in the windows are wavy, indicating they were hand-blown. 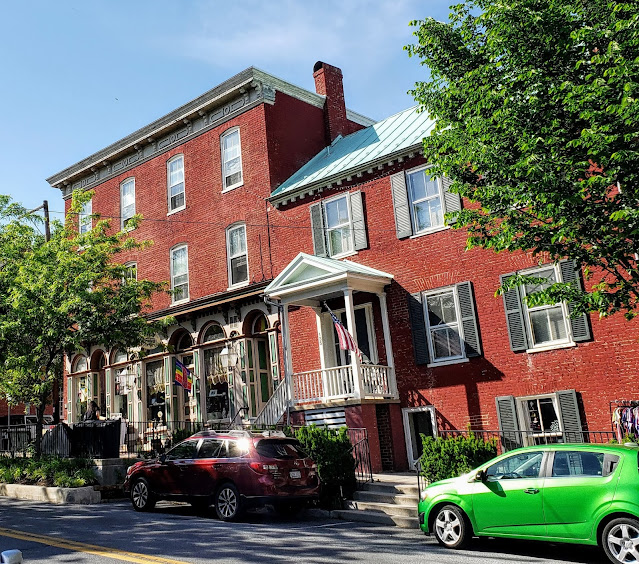 After walking up and down German Street and browsing the boutiques, we decided to enjoy a late afternoon lunch/dinner at Lilah's, a dog friendly establishment that just seemed inviting. No, we didn't have our dog with us, but we wished we did! It seemed that most of the shops and restaurants welcomed well-behaved tail-wagging friends! 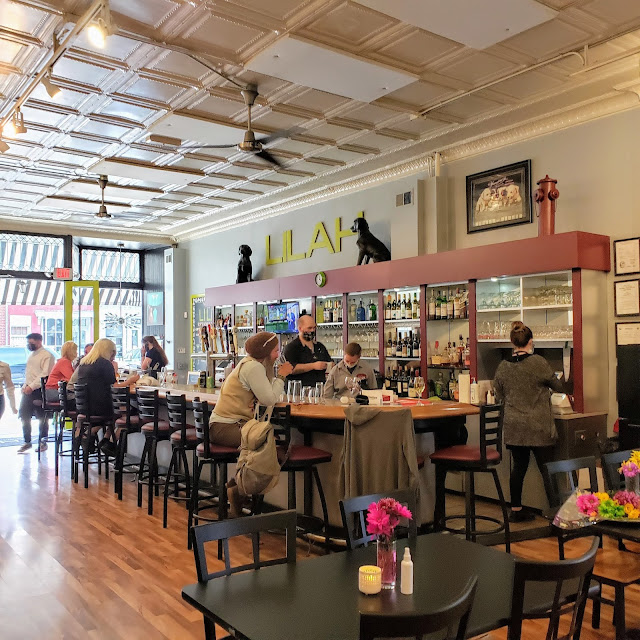 Not only is it inviting, but with a menu offering sandwiches and entrees from hamburgers and wraps to pizzas to vegan entrees, it's also worth visiting. 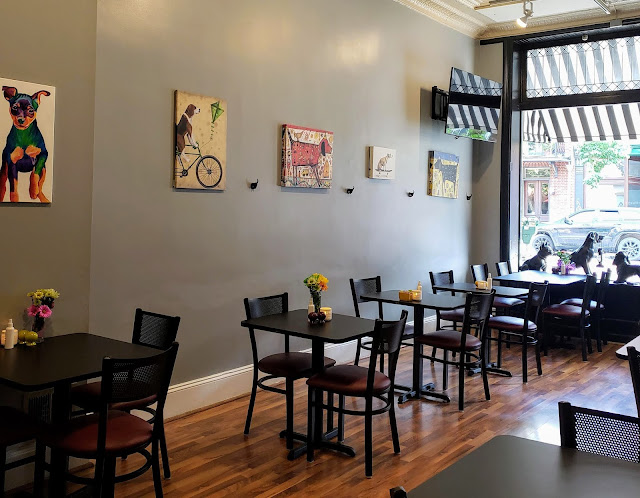 Then we continued our exploration, darting into an ice-cream shop for a cone. 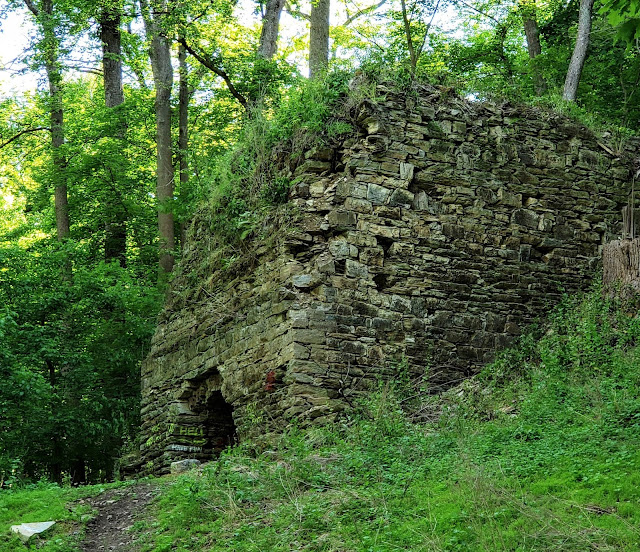 After we explored the town, we kept driving, finding ourselves along River Road. Then we stumbled across some mysterious ruins by the Potomac River. What were they? Who lived, or worked, here? Why were they abandoned? 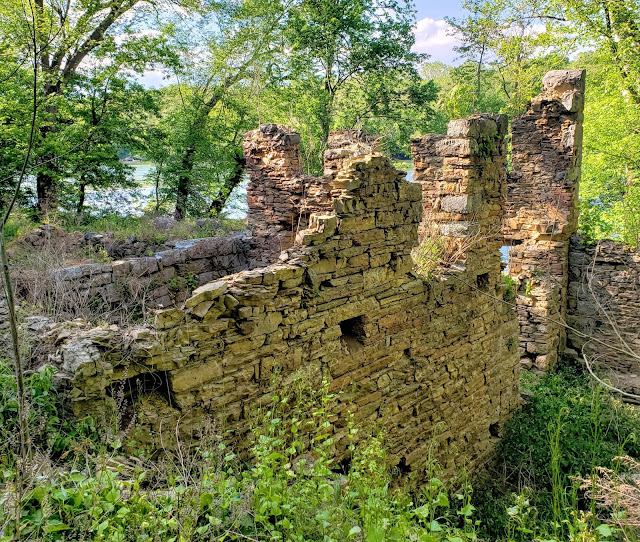 The mystery was solved with a little armchair sleuthing, thanks to the Jefferson County Historical Society. The ruins turned out to be the remains of a cement mill and furnace operation that helped build the C&O Canal. C&O Canal lock 38 is right around the corner. 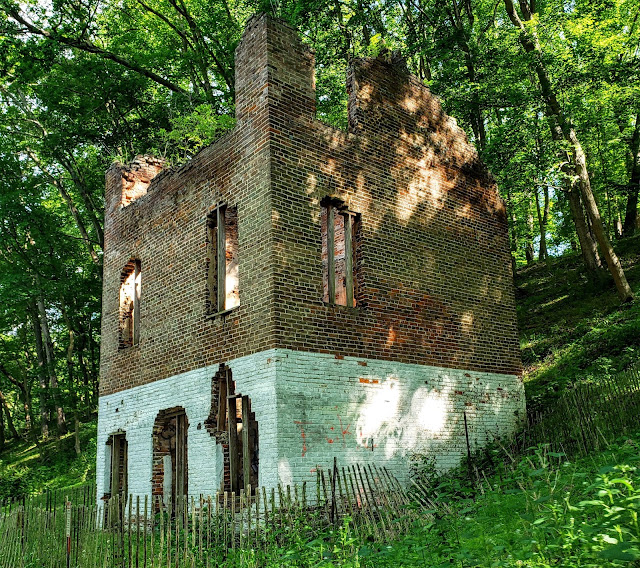 For more info about these ruins, check out the historical society's website at http://jeffersoncountyhlc.org/index.php/landmarks/botelers-cement-mill/
If you're interested in making a full day of it, then pair a visit to Shepherdstown with a visit to nearby Antietam National Battlefield Park. 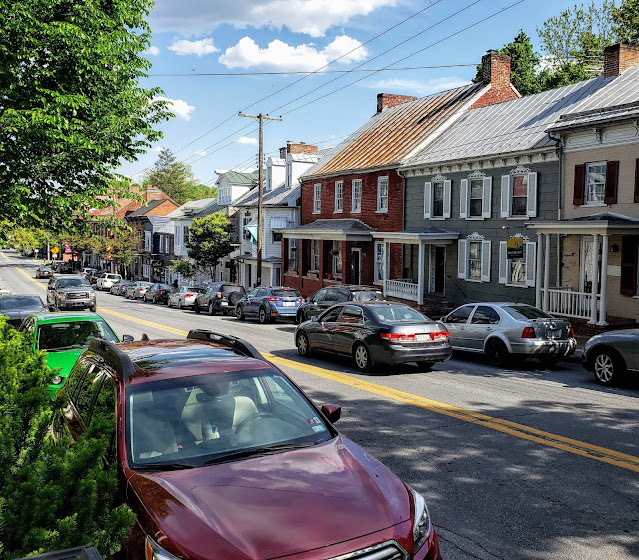 Getting there: Load German Street, Shepherdstown WV into your GPS 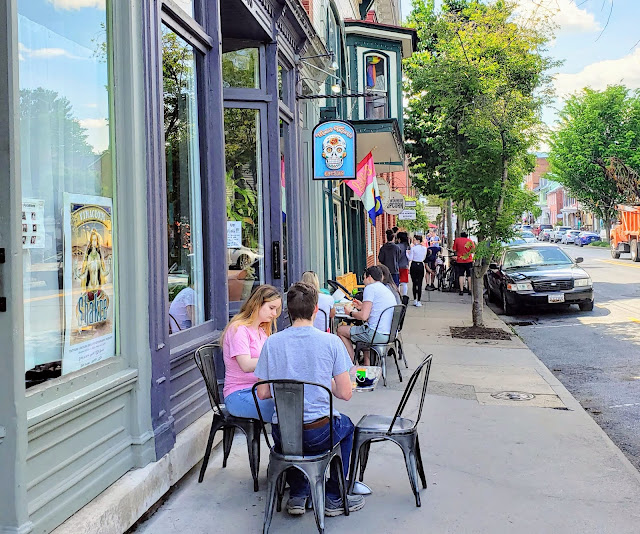 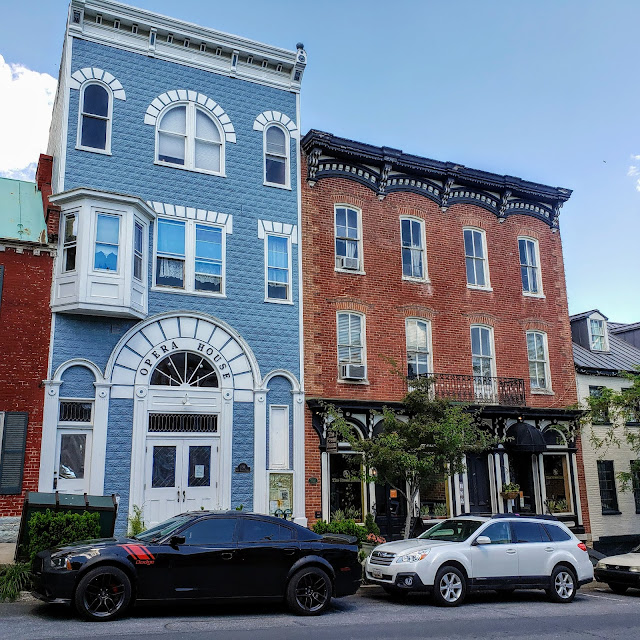 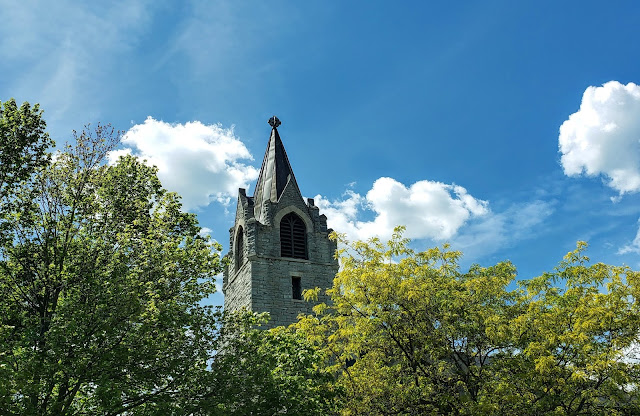