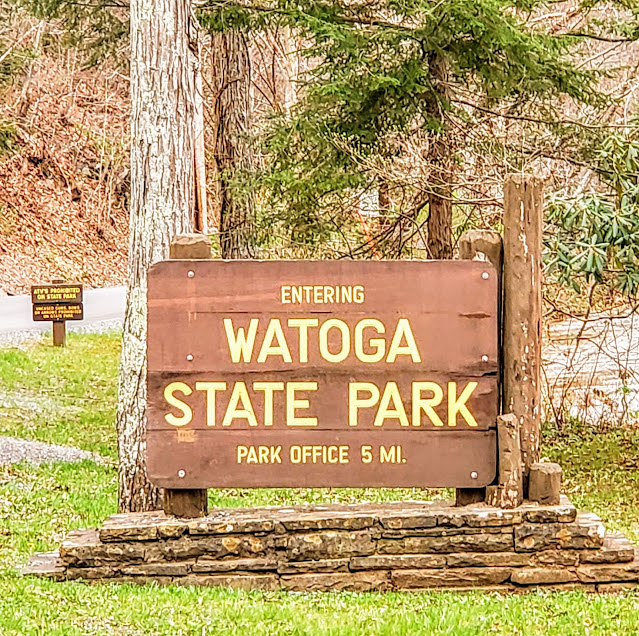 There is so much to see and do in and around Watoga State Park, that it seems like the ideal location to set up a home base for your exploration of the area. The park covers more than 10 thousand acres, and began as a state forest designated as a wildlife and timber preserve. Franklin Roosevelt's Civilian Conservation Corps began developing the park in 1934, and it opened its doors as a state park in July 1937, offering a number of cabins for folks to rent out. 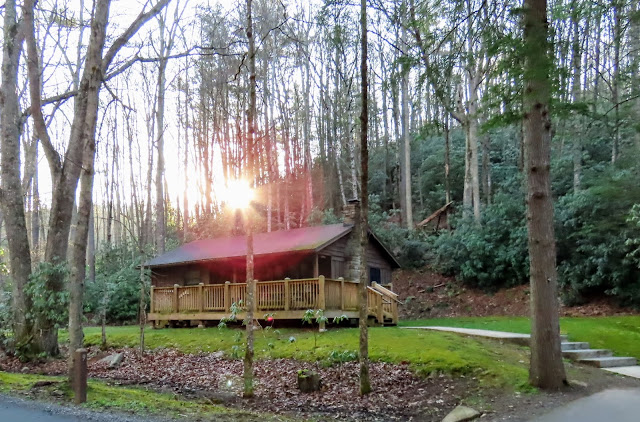 Two other West Virginia state parks, Beartown State Park and Droop Mountain State Park, nearby ensure that you will have plenty to see and do during your visit! 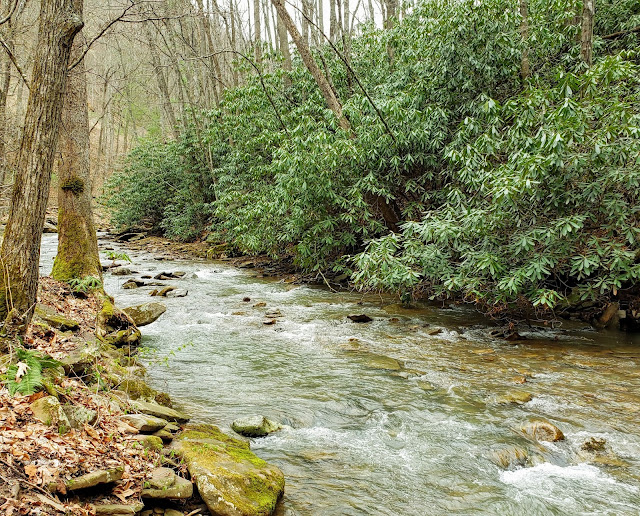 After World War II, the park became more popular, and the first camping area and an additional eight "deluxe" cabins opened in 1953. 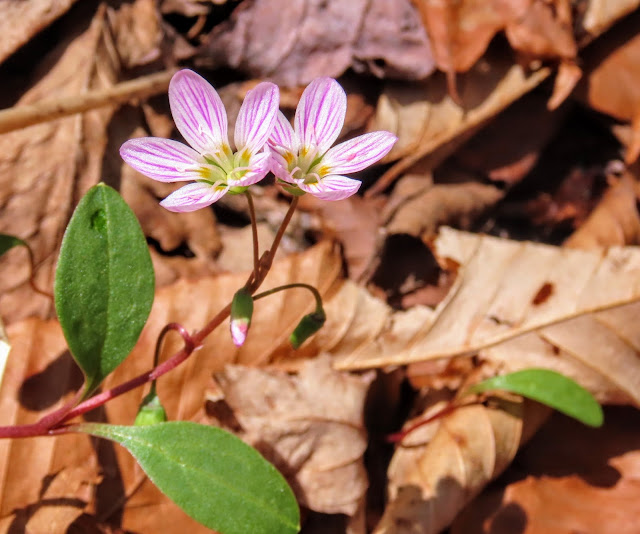 The park offers miles of hiking along 18 trails, most accessible from the roads within the park, which carry you to old pioneer cabins, long forgotten family cemeteries, beautiful scenic overlooks, and other interesting features within the park. There're even two arboretum trails. 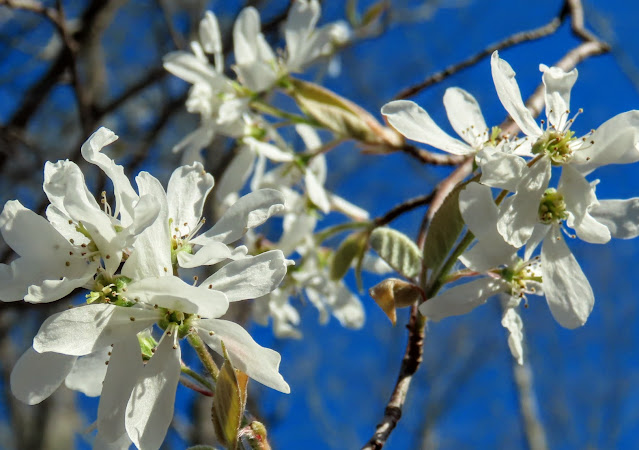 During our stay, we hiked the Ann Bailey Trail and the Bear Pen Trail Loop, both worth your exploration.

There's a small lake for fishing, paddle-boarding, or kayaking. During the warmer months, there're tennis courts and a swimming pool (if you stay in the cabins in the park, you can swim free.) 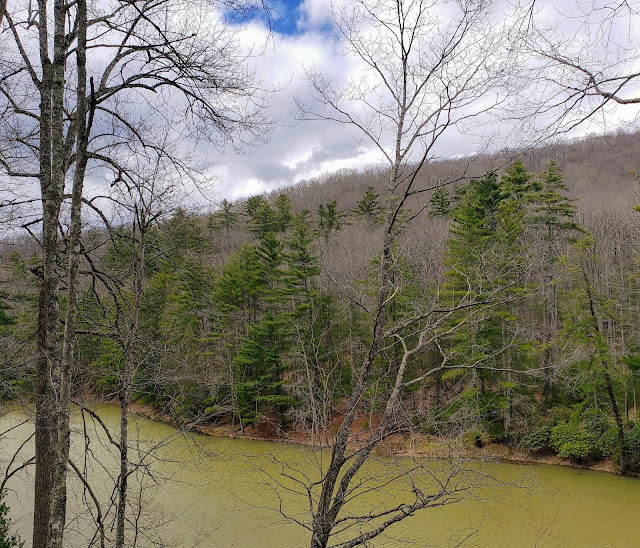 If you wish to venture outside the park, there are a variety of fun places to check out, including

A little further away is the Green Bank Observatory, which offers interesting tours of its grounds and the Cass Scenic Railroad. I'm sure there are other fun things to do and see nearby as well!

The state park offers both cabins and camping -- there are two separate camp grounds in the park, with a total of 88 campsites between them, almost half of which have electric hookups. But I've lately become a huge fan of staying in state park cabins, plus, we're  glampers, not campers. 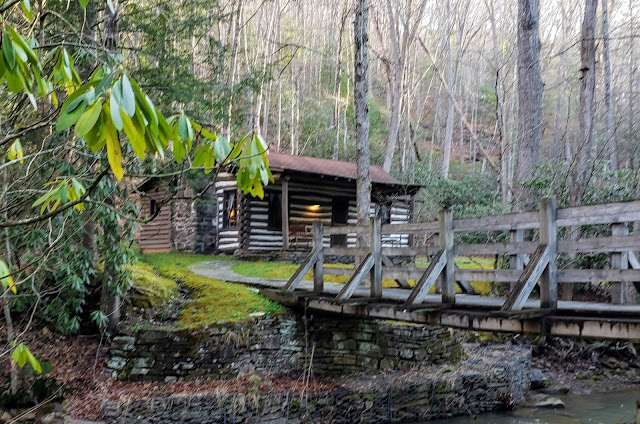 We stayed in cabin number 8, a classic (i.e., one of the newer ones, built in 1953, which has been retrofitted with heat and air conditioning). 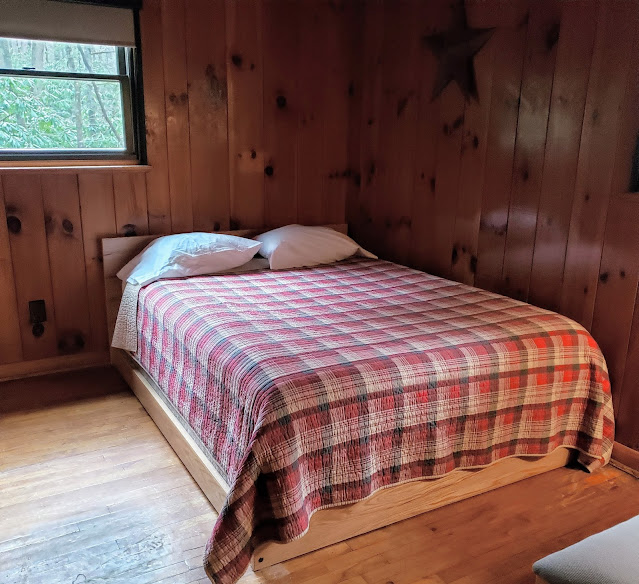 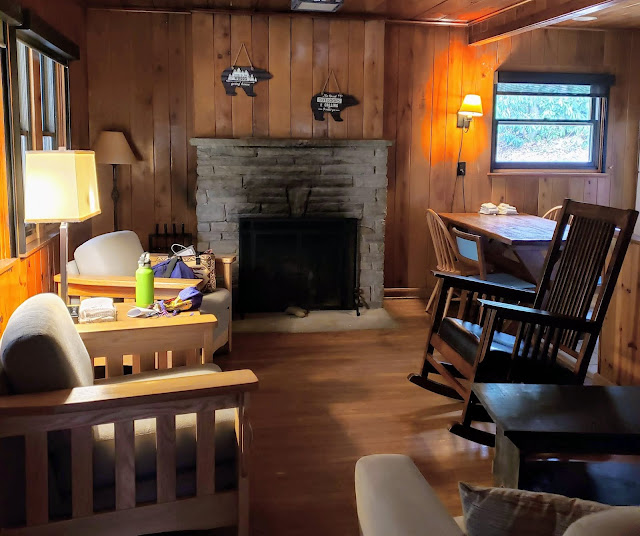 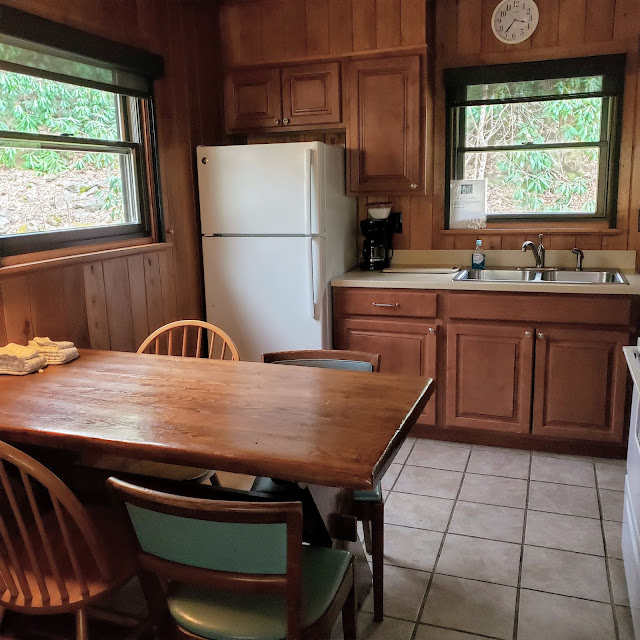 All the cabins have fully equipped kitchens, which we were relieved to discover as having coffee makers, toasters, and microwaves, as well as a full-size refrigerator and stove/oven. Linens are provided (sheets, blankets, pillows, kitchen and bathroom towels); a charcoal grill and fire ring, along with a picnic table and four chairs are available outside. Although there are basic dishes and utensils and pots and pans, you should bring all your food items with you, including cooking oil and salt/pepper, etc., as well as paper towels and napkins (toilet paper is provided). 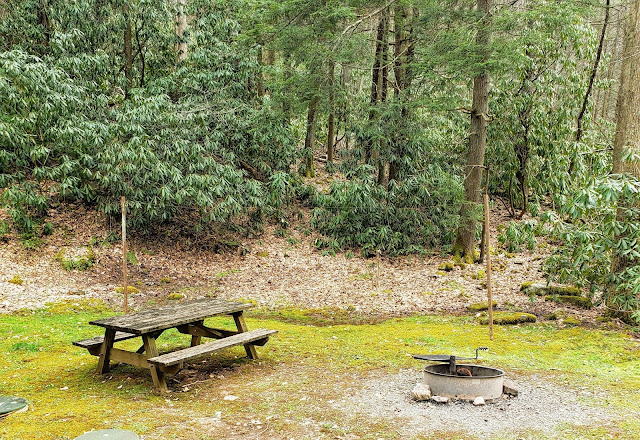 While there are only eight classic/deluxe cabins, the rest of the 34 cabins in the state park are the "legacy" ones, i.e., those built when the Civilian Conservation Corps built the park and its amenities. The legacy cabins lack heating, other than a wood-burning fireplace (some wood is provided by the park, but you are also able to bring your own wood in). We were there in mid-April -- we welcomed having a little heat, but obviously, didn't need the a/c! 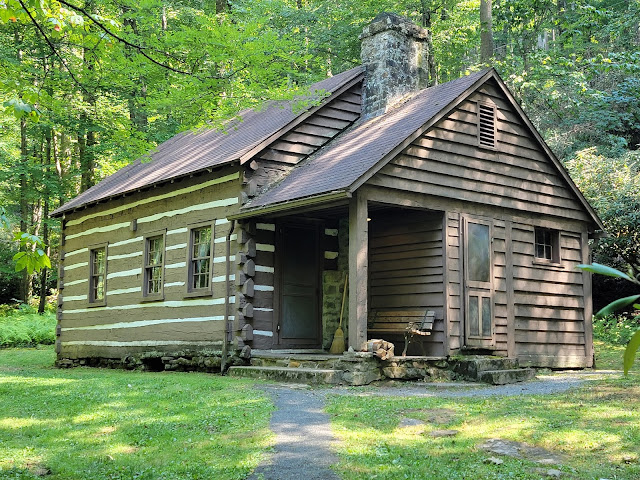 On a return visit just a few weeks ago, we stayed in a legacy cabin (Cabin #7). It was quaint. On this visit, during the heat of the summer, we very much appreciated the air conditioning! 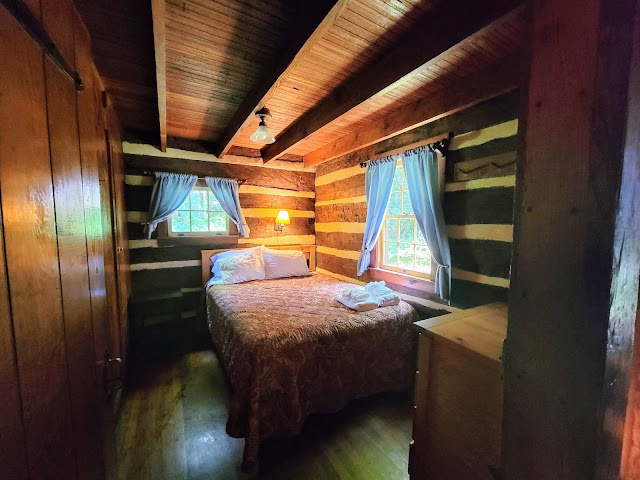 What we especially enjoyed was the quaint rustic cabin feel of the legacy cabins. We were amazed at the thickness of some of the logs used to build the cabin. The beds were all comfortable and we were able to enjoy our second stay at the park in the comfortable cabin. 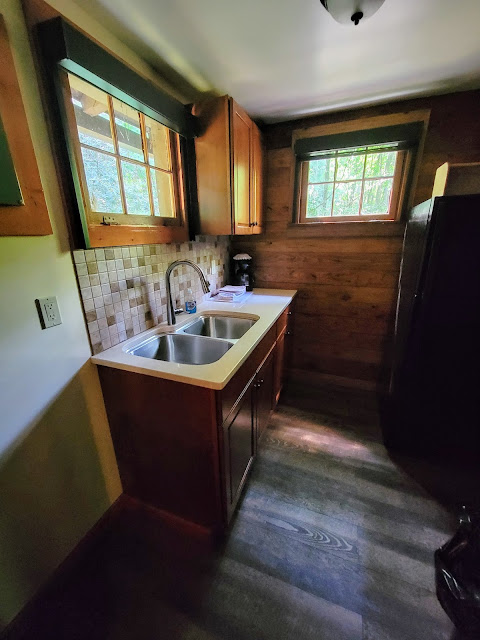 The classic cabins are open all year round, but the legacy cabins are only available April through October. 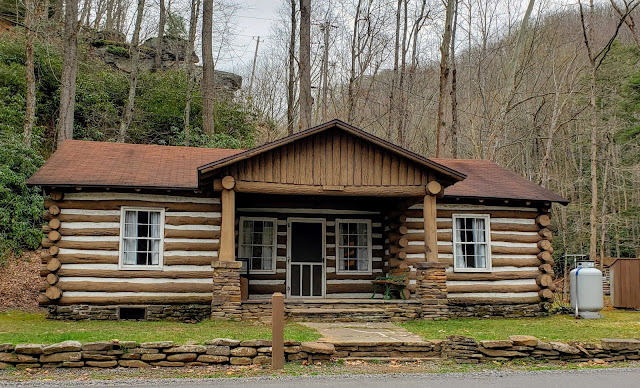 Cabin 8 is in the Island Lick group of cabins, but we really liked the cabins and their placement in the Bucks Run group of cabins. Most of the cabins are quite separated from the others -- you don't feel as if you're on top of your neighbors in the next cabin. The classic and legacy cabins are mingled in with each other. Cabin sizes range from two to eight person cabins. 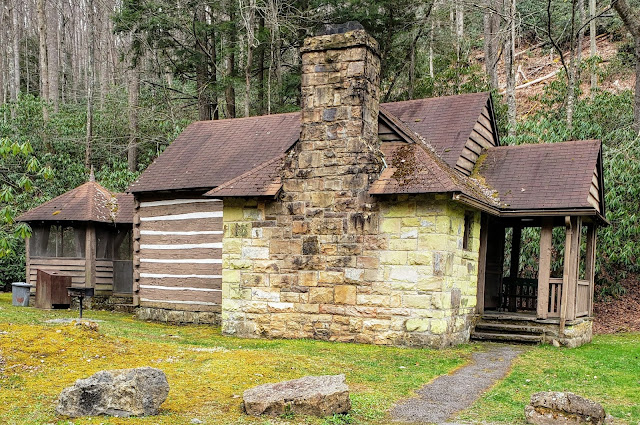 What you won't find at the cabins is wifi or cell service, despite what the website claims, so if you stay there -- and I recommend you give it a try -- you'll be disconnecting from the hustle and bustle of the digital world. If you really need wifi, you can join the others who park in front of the park headquarters, busy checking their email, Facebook, and cell phone messages.

Getting there: 4800 Watoga Park Road