Martinsburg's Spooky Roundhouse Keeps the Spirits of Its Past

The railroad came to Martinsburg in 1842; the Baltimore and Ohio Railroad Company established engine and machine shops in the town in 1849. Martinsburg became a major regional transportation node and one of the major employers of the region. The railroad and railroad yards provided jobs, prosperity and military strategic importance during the Civil War. 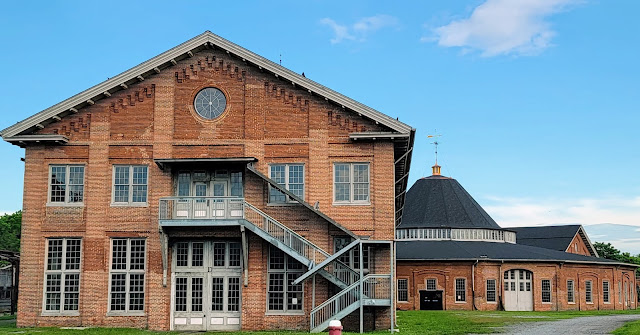 We have the state of West Virginia to thank for preserving the Roundhouse and associated buildings, which closed in 1980, even though a devastating fire in 1991 that took out one of the two roundhouse buildings on the premises. 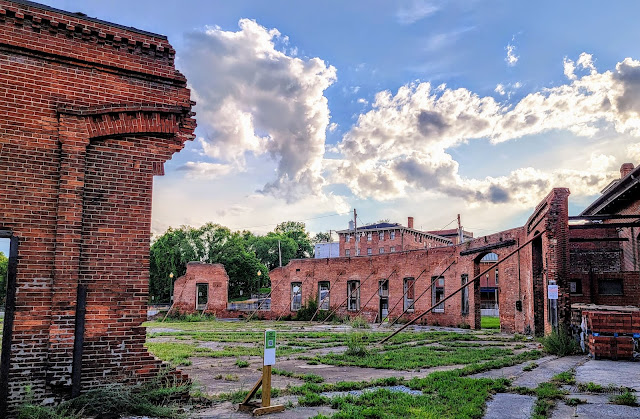 When West Virginia seceded from Virginia in 1861, everything was thrown in turmoil. Despite joining the Union, the community surrounding the roundhouse was largely southern sympathizers, but the railroad was why this region was carved out of Virginia and forced to join the North.
​Martinsburg's railroad yards made Martinsburg particularly vital to the Union. On May 22, 1861, Thomas "Stonewall" Jackson's troops stopped all trains going east from Martinsburg and Point of Rocks. Once he determined that all of the trains that could be caught had been caught, he blew up the bridges to the West and blew down the rocks onto the tracks to the East.
The Confederates stole or destroyed 42 locomotives and 386 cars; tore up 36 1/2 miles of track, 17 bridges and 102 miles of telegraph wire; and destroyed the B&O roundhouse and machine shops were destroyed.

The railroad remained inoperative until April 1862. Eventually, all machinist tools and engines except one were returned to Martinsburg. 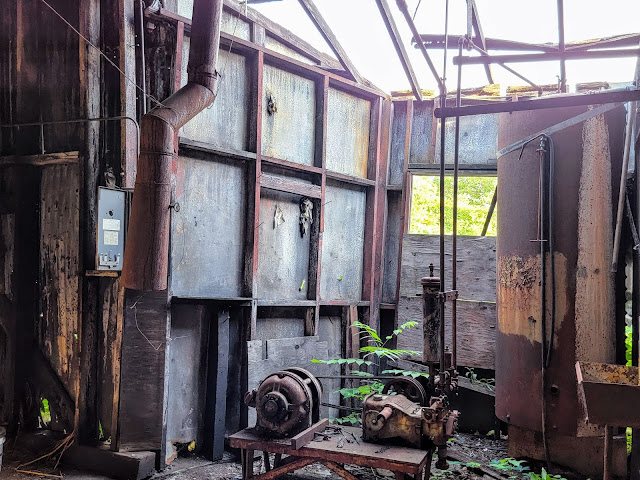 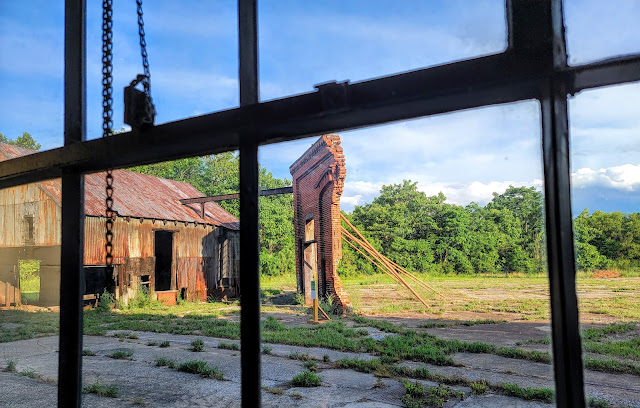 After the war, the town's fortunes began to change for the better when in 1866, the B&O began reconstructing the roundhouse and the associated shops that stand on the site today, completing them by 1872. Once again, the B&O Railroad yards were a major regional transportation node and one of the major employers of the region.

​Architecturally, the buildings are rare and outstanding examples of their types, designed by the engineers of the B&O. It is believed that all original design concepts were developed in-house by B&O. The Martinsburg Roundhouse is the only iron framed roundhouse still standing in the world today. 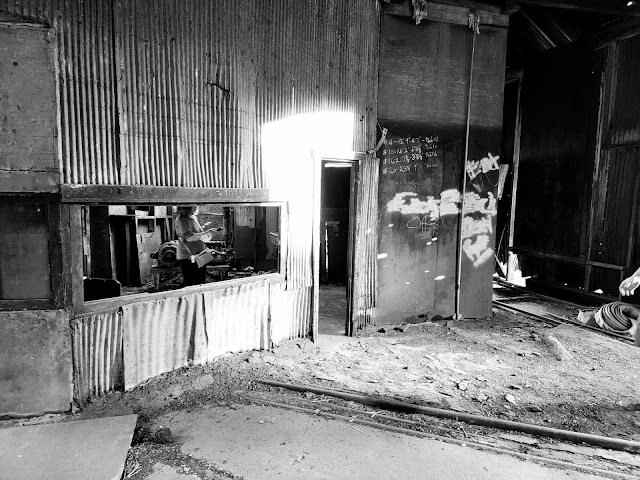 The ghost hunt provided a wonderful opportunity to photograph these incredible buildings in the long angles of the setting sun. 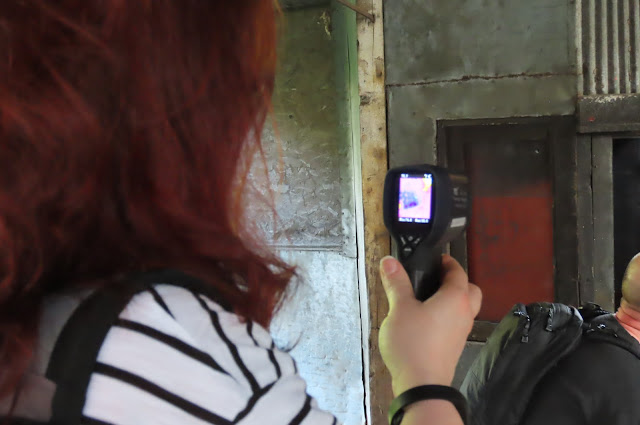 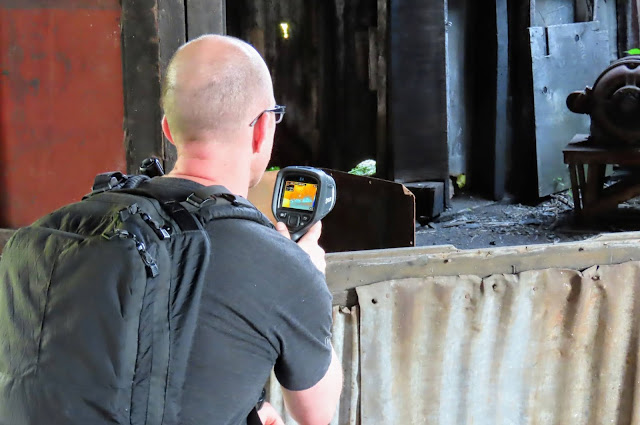 ​
The ghosts that haunt the rail yards include Civil War soldiers moving about the grounds (skirmishes for control of the rail yards took place on the grounds), a mysterious woman who walks on the second floor of the bridge shop, children killed in nearby carriage/wagon accidents are seen playing on the grounds, and several rail yard workers still toil endlessly on in service to the railroad.
A little boy who would bring his father lunch every day was killed by a working train in the rail yards -- that time of day was busy with lots of activity (not a place for a kid by today's standards), with the engines and cars moving to and fro.
Previous ghost hunters have caught smoke or fog in the Martinsburg Roundhouse, leading some to believe this is residual haunt replaying the gunfire, explosives and subsequent fires from the Confederate destruction of the rail yard.
Some of the stories told about the roundhouse include descriptions of an odd colored fog or mist lurking about the attic of the roundhouse. I was so excited when I read that as I was writing this article -- I leapt up and found the photos. Sure enough, I caught that in some of my photos!

We believe we encountered the ghost of Ernest Shickle, a B&O railroad employee, while on the second floor of the bridge shop, conversing with him through the dowsing rods and the EMF (electro-magnetic field) meter. He gets grumpy when folks are in his space because they interfere with his getting his work completed.

Dowsing rods indicated that Ernie misses his wife, who died in childbirth. Although we didn't catch any decent EVPs (electronic voice phenomena), previous ghost hunters have caught "Ernest" and "Ernie" on EVPs there.

Whether by day or by eerie night, the Martinsburg Roundhouse is a fascinating place to visit and explore! 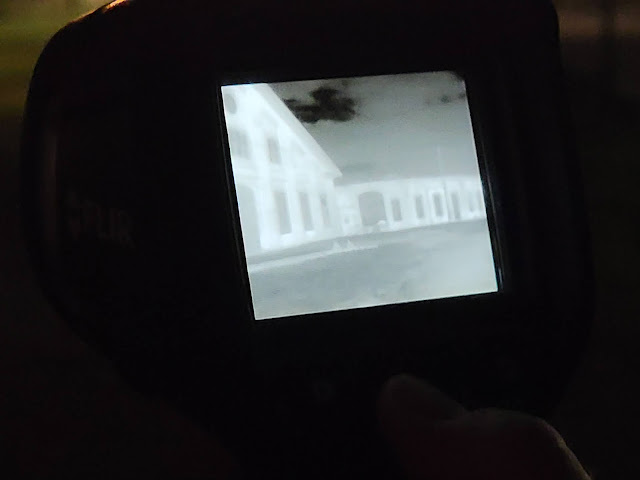 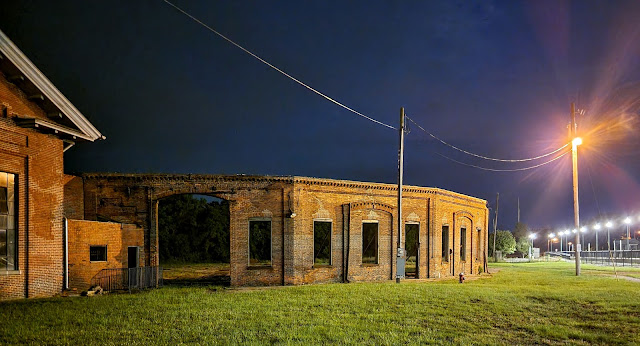 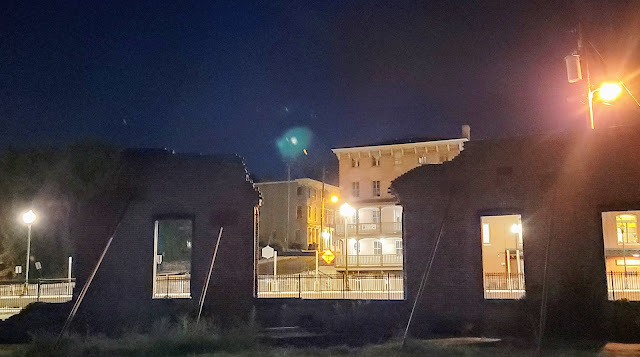