What Haunts the Widow Jane Cement Rock Mine? 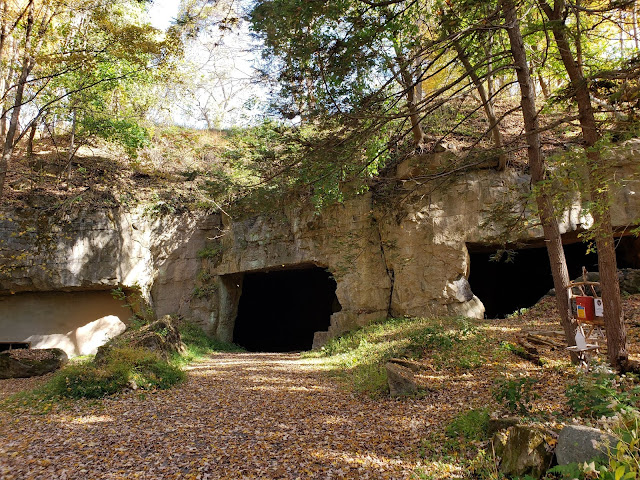 Quirky daytrip destinations are fascinating and one of the quirkiest -- and most interesting -- is the haunted Widow Jane Mine in Rosendale, NY. 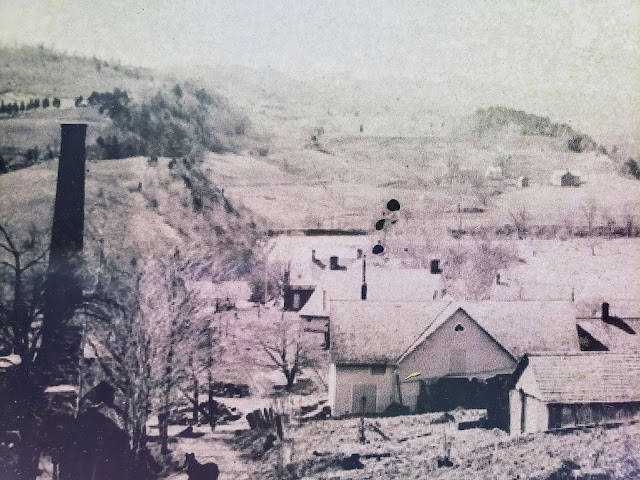 Rosendale once was famous for being the source of "natural cement," i.e., cement made from rock without the addition of a slew of chemicals. Natural cement is produced in a process that begins with the calcination of crushed dolomite in large brick kilns, fired initially by wood and then by coal transported to Rosendale by the D&H Canal. The resulting clinker is ground into progressively smaller particles. The final product is a fine powder. 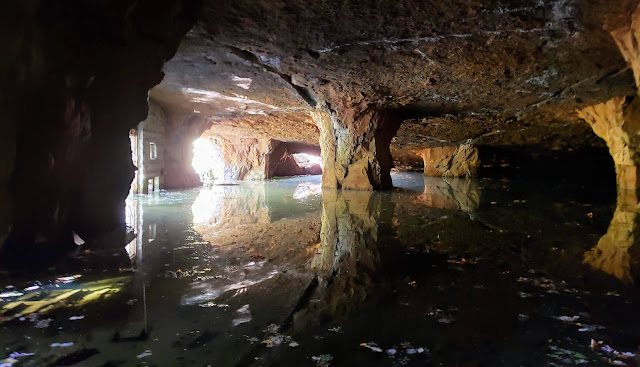 Cement from the Rosendale natural cement mines helped build the U.S. Capitol Building, the Brooklyn Bridge, the base of the Stature of Liberty, and other important buildings -- it literally BUILT America. 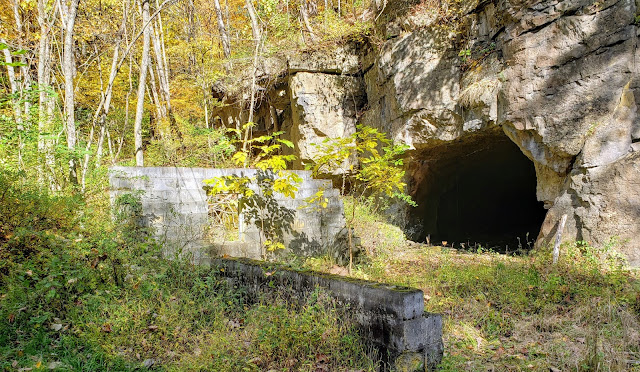 The proximity of the Rosendale region to the Delaware & Hudson Canal enabled the production and shipment of the natural cement. Soon, Rosendale cement could be found in all major American east coast ports and in the West Indies. 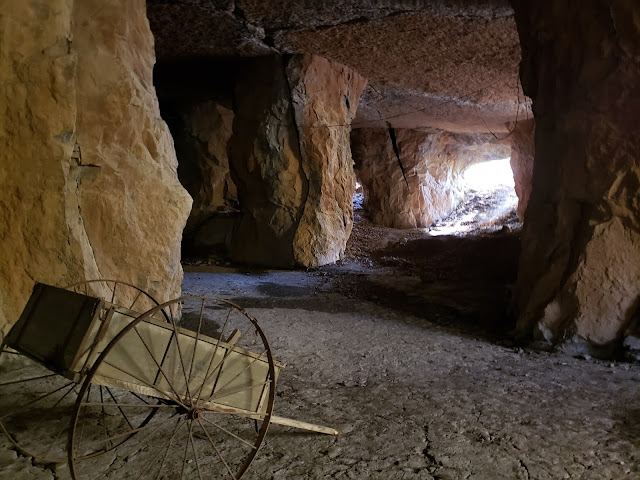 Just one of the several mines in Rosendale are open -- the Widow Jane Mine, part of the property owned by the Century House Historical District on the grounds of the Snyder family estate, the original owners and operators of the mine. 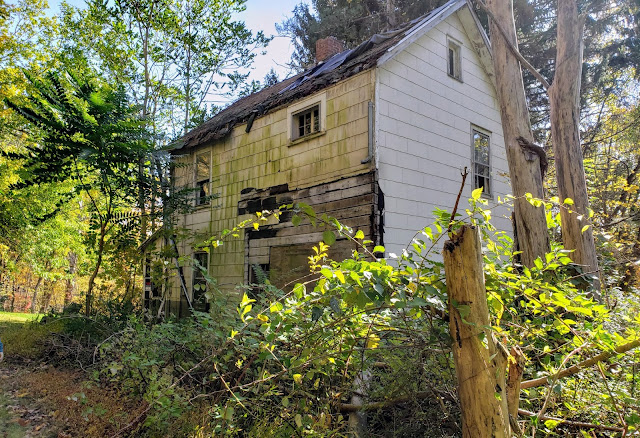 In case you're wondering who Widow Jane was, the Rosendale Historical Society is pretty sure that she was Jane LeFever (alternately spelled LeFevre) Snyder, born on November 26, 1820. She died at age 83, on April 15, 1904. Her husband, James Snyder, died in 1852 -- which means she was a widow for 52 years. 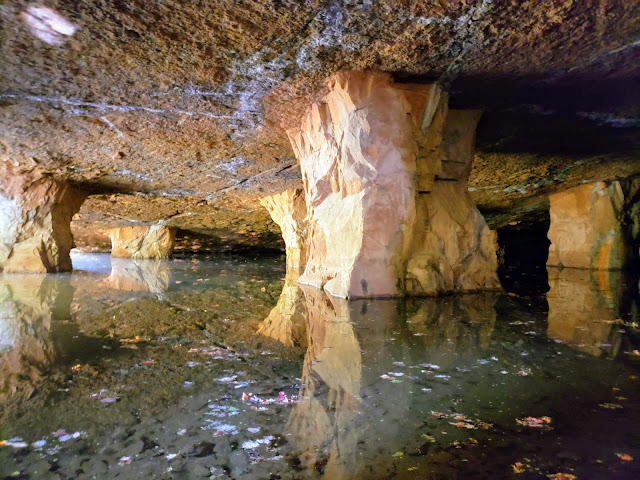 Widow Jane is buried in the Rosendale Plains Cemetery in Tillson, NY, with her husband and many sons who died in early childhood -- she had much sorrow in her life. 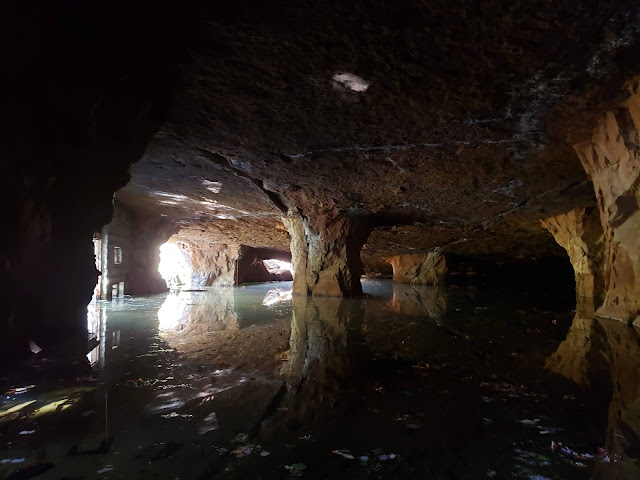 The Widow Jane Mine is in the back of the Snyder Estate -- there is also a large collection of horse carriages and sleighs on display, acquired over the years by the last owner of the Century Cement Manufacturing Company, A.J. Snyder II. 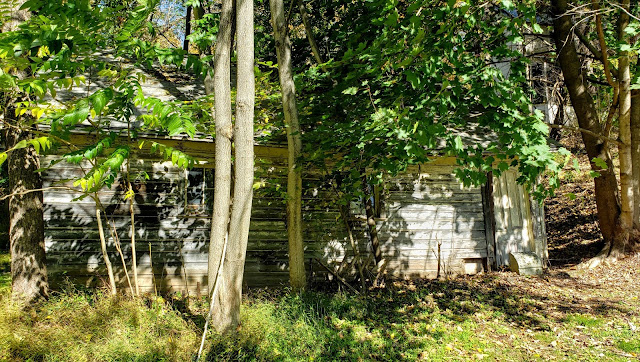 As you walk back to the mine, you'll notice some abandoned structures -- working sheds and homes of those who worked at the mine. Super creepy, too. The mine is said to be haunted. 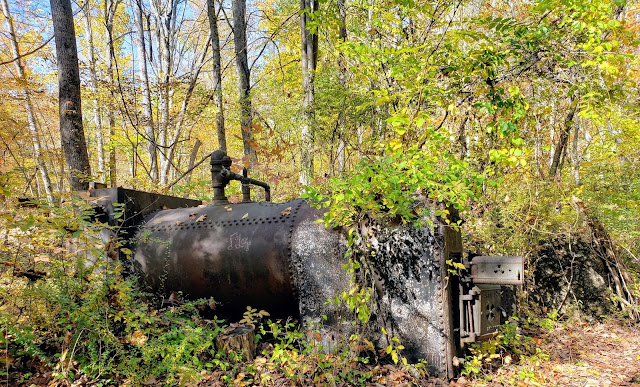 You'll also notice some debris -- what's left of the machinery and equipment the mine used, I suppose. 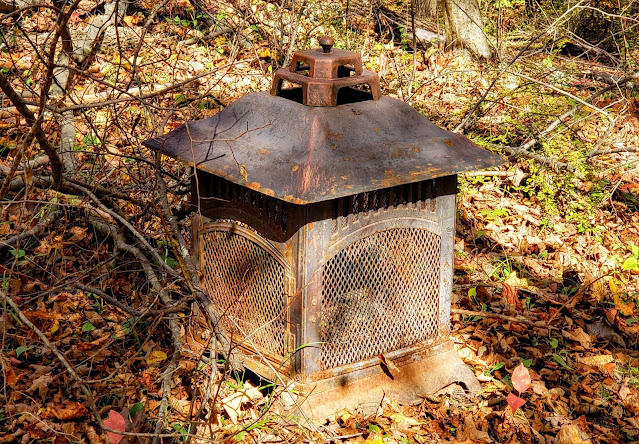 If you hear strange noises coming from the mine -- it might be from an event or one of the performances that are often held in the mine -- a cavernous site with excellent acoustics. In addition to the many live performances, musicians have also used the mine as an underground recording studio, taking advantage of the crazy-good acoustics. But if you hear wailing, then you may be encountered the Widow Jane herself, as some say she haunts the mine. 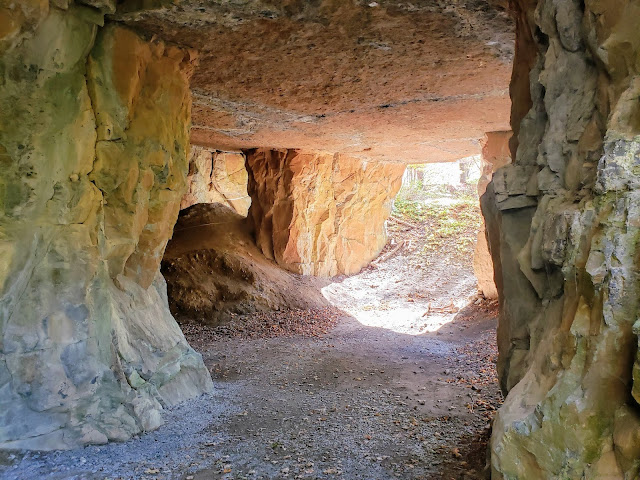 As you return to your vehicle, you'll notice the chimney of the factory -- it alone remains of the factory that helped turn the rock into viable cement and prepared it to be shipped out. 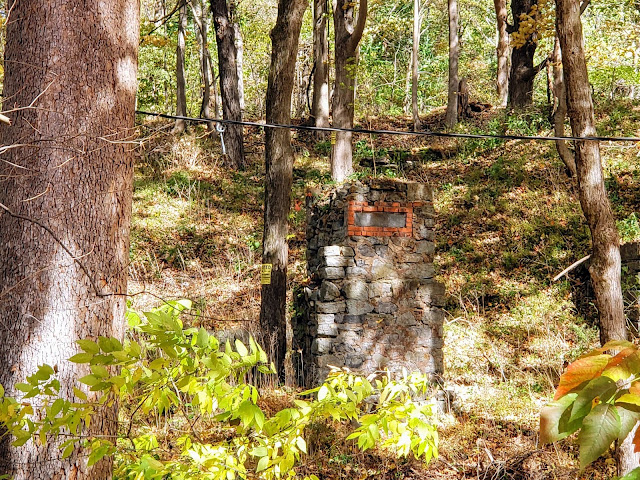 Don't forget to appreciate the crumbling Snyder kilns, some with old carts leftover from its heyday. (You can find more intact kilns a few miles away in the Binewater Road parking lot for the Wallkill Valley Rail Trail.) 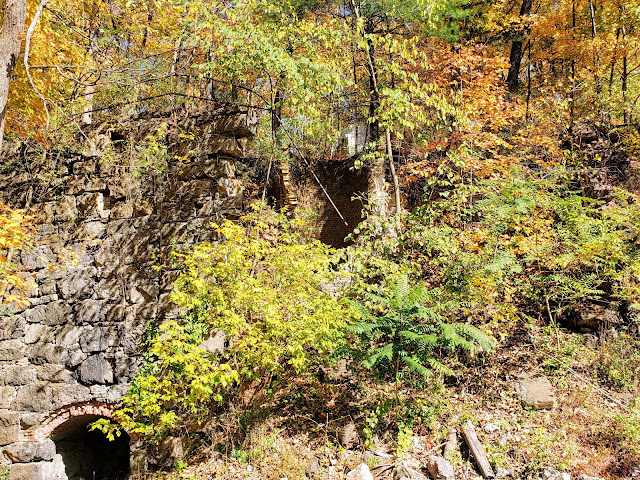 We were the only two there the day we visited. As we walked in the mine we felt very small in the huge space. Toward the back of the mine, strange pings and knocks sounded -- perhaps water drops amplified by the mine's accoustics, or perhaps not... 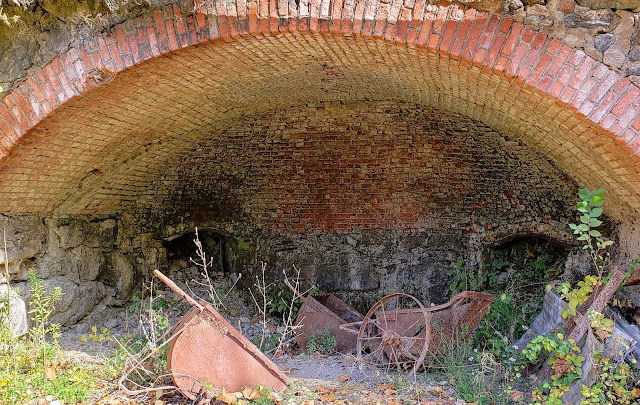 Know before you go: The Widow Jane Mine is on the route of the Shawangunk Scenic Byway, and well worth the brief stop to investigate this quirky site. Also nearby: the Rosendale Trestle along the Wallkill Rail Trail. 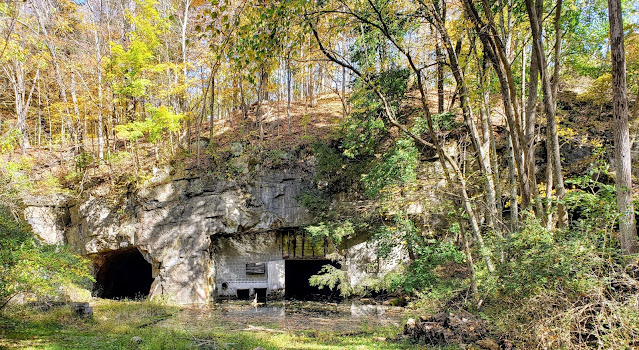 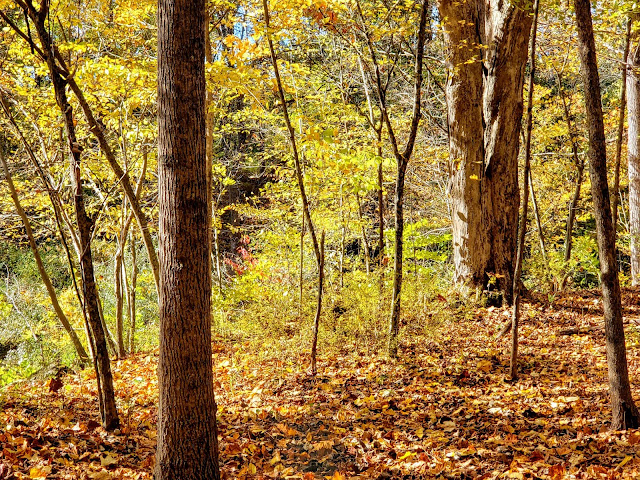 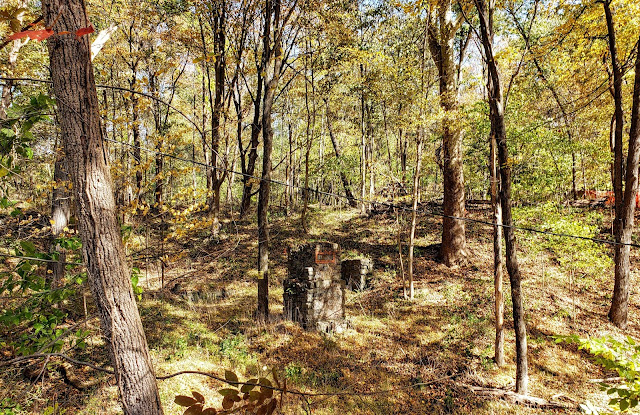