Exploring a Lake in the Sky: Lake Minnewaska

Although originally we'd come to Minnewaska State Park, located in the Shawangunk Mountains in Ulster County, NY, for its water falls -- Awosting Falls, Stoney Kill Falls, and another waterfalls that we ended up not going to -- we came back simply to hike around Lake Minnewaska itself. 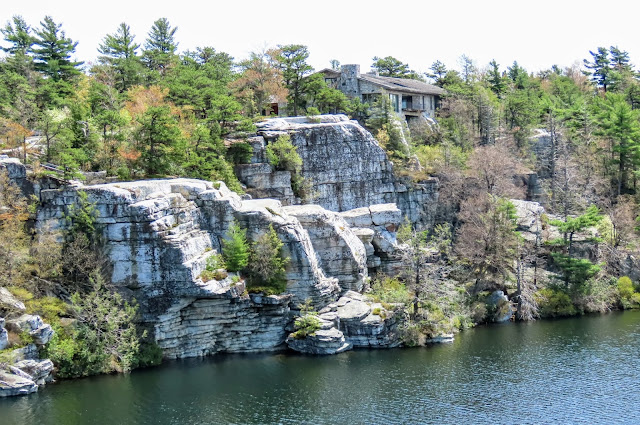 Minnewaska State Park Preserve is nestled within the dramatic Shawangunk Mountain ridge, which rises more than 2,000 feet above sea level and is surrounded by rugged, rocky terrain. The park features numerous waterfalls (we ended up hiking to Awosting Falls, Stoney Kill Falls and Rainbow Falls), three crystalline "sky lakes," more than 50 miles of trails and paths, and some incredibly gorgeous views. 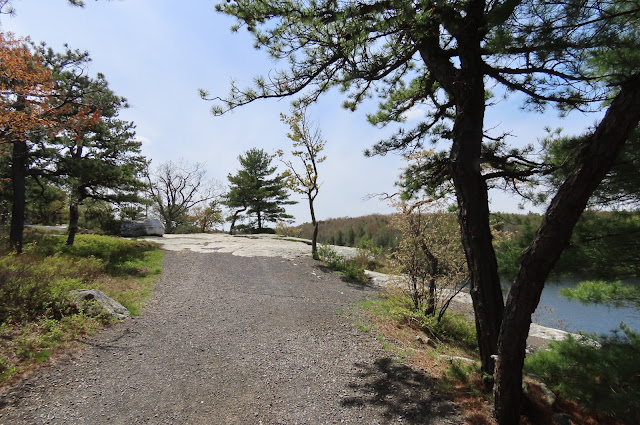 I just adore these names -- Shawangunk and Minnewaska. Pronounce it like a local: "Shwan-gun" with the variant "Shawn-gum." 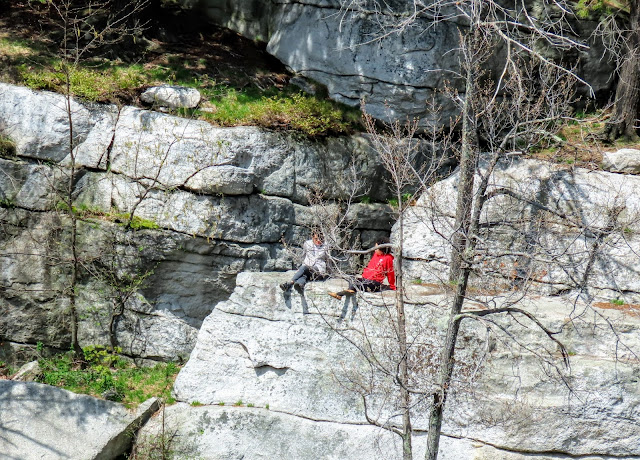 Lake Minnewaska is one of the sky lakes -- we just didn't have enough time to explore the others. Lake Minnewaska Loop Trail is a 1.9 mile heavily trafficked loop trail (for obvious reasons). 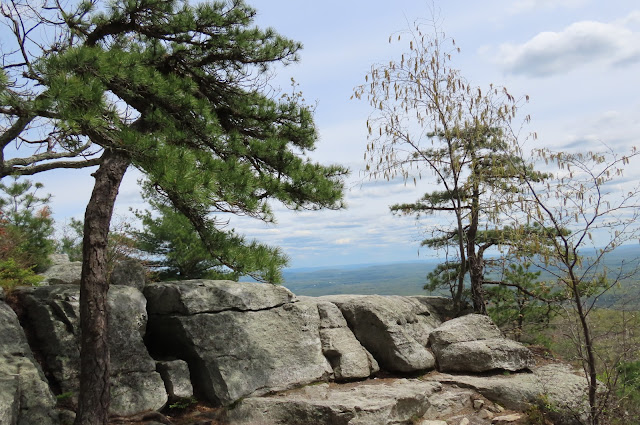 Lake Minnewaska is a bit less than one-half mile long by one-eighth mile wide at its widest point -- not large at all. But beautiful -- very beautiful. 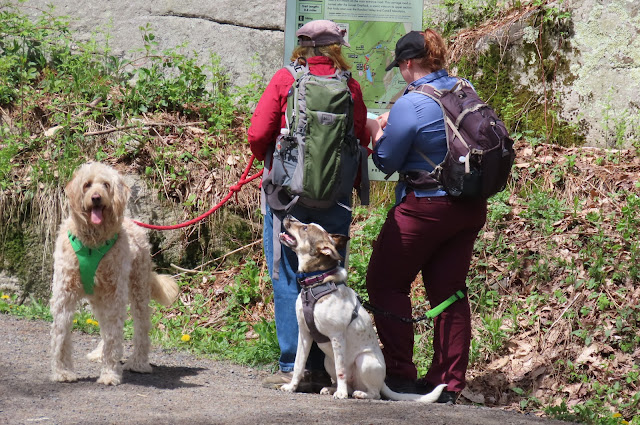 Even on an early spring weekday, there were a fair amount of other folks hiking around the lake. Several were on their way to other trails connecting to the loop trail around the lake. 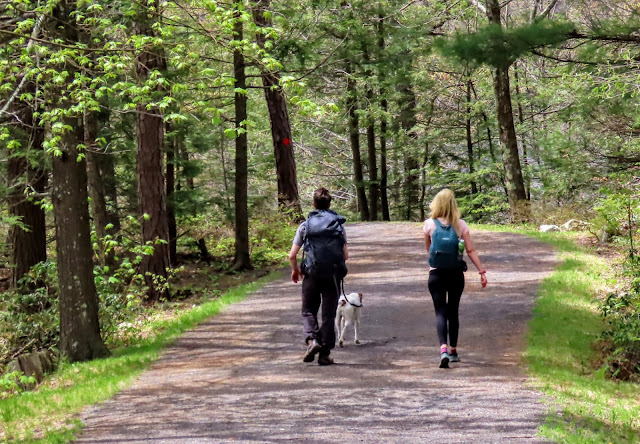 Although the trail is easy, it can be a heart-rate booster at times. It's a super pleasant hike/walk through the forest. The lake is within view for the majority of the time, although often from a distance. Only in two places do you encounter the lake at surface level. 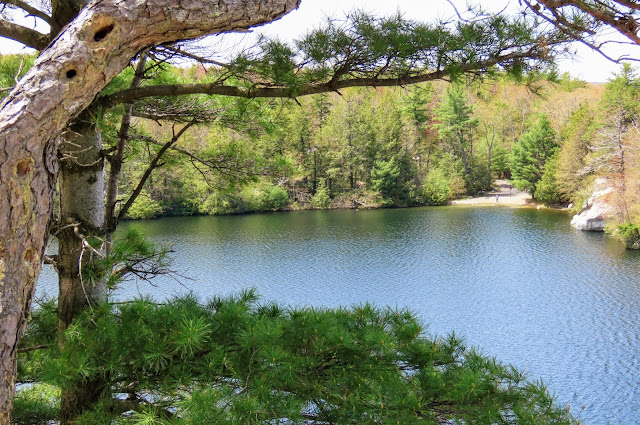 It seems that most of the daytrips I write about in MidAtlanticDayTrips are in the Appalachian Mountains, which makes sense, since the Appalachians form the majority of the mountains of the East Coast, including the Catskills. 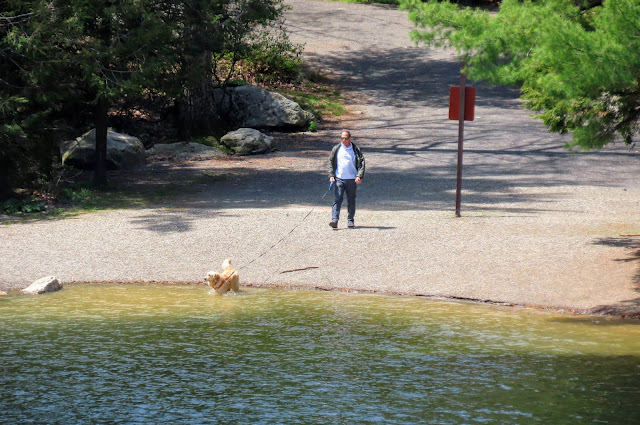 The Shawangunk Ridge is geologically distinct from the Appalachians. The Appalachians were formed roughly 480 million years ago; in comparison, the Shawangunks are mere infants, having formed during the last ice age, which lasted from about 110,000 years to 12,000 years ago.

A quick geology lesson, because how the Shawangunk Mountains were formed explains the origins of the sky lakes. During the last ice age, glaciers moved down from Canada, gouging out softer rock along the way.

However, the vein of quartz conglomerate that would become the Shawangunk Ridge was too hard to gouge out, so it remained mostly intact. When the glaciers receded, the areas around the vein were gouged to a lower elevation, leaving the quartz conglomerate, only thinly covered with soil, as a ridge. 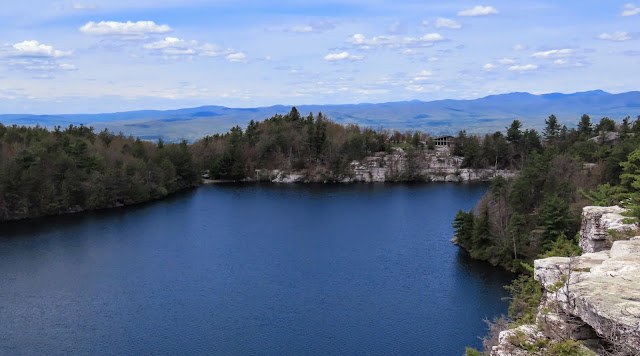 Because the soil layer on top is so thin, the rock acts like a bathtub, and collect (thousands of years of) rainwater. Rainwater typically has very low pH, which means the lakes do as well. There's not a lot of life in these sky lakes. Okay. Geology lesson over. 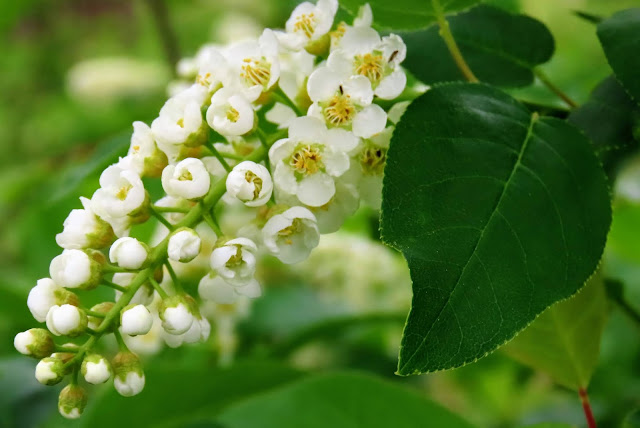 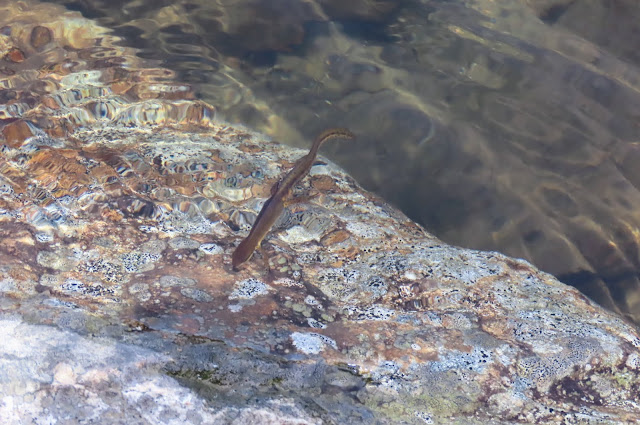 Know before you go: Lake Minnewaska and Sam's Point often experience significant congestion on good-weather days and both sites are subject to intermittent closures as parking lots reach capacity. 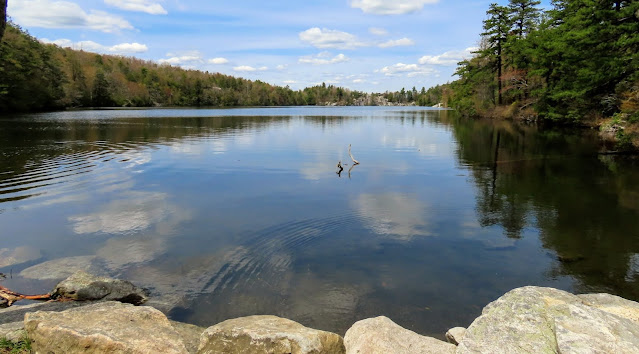 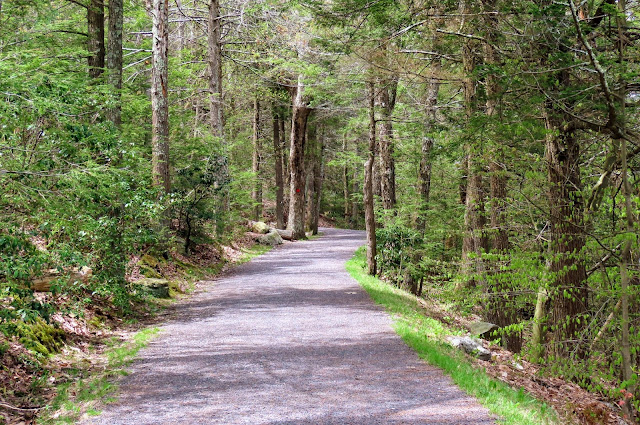