Four Stops You Should Make Along the Highland Scenic Highway 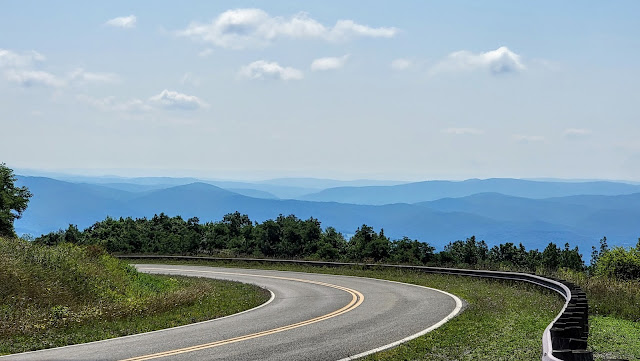 The Highland Scenic Highway -- WV 150 / WV 39-WV 55 -- runs 43 miles through the Monongahela National Forest in West Virginia, meandering along the mountain ridges and reaching an elevation of more than 4500 feet. 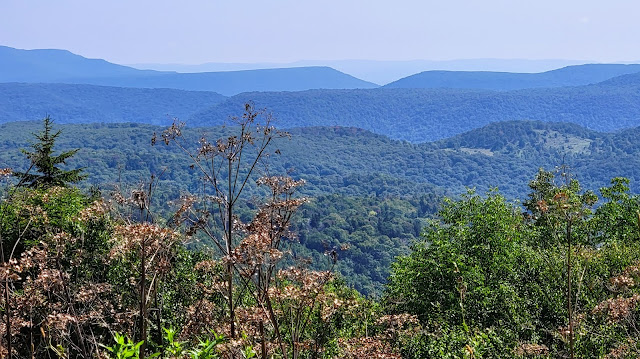 If you plan on spending a day exploring the Highland Scenic Highway (easily doable, since it's only 43 miles long), you can break up the miles by planning several stops that will give you a good sampling of the Monongahela National Forest. 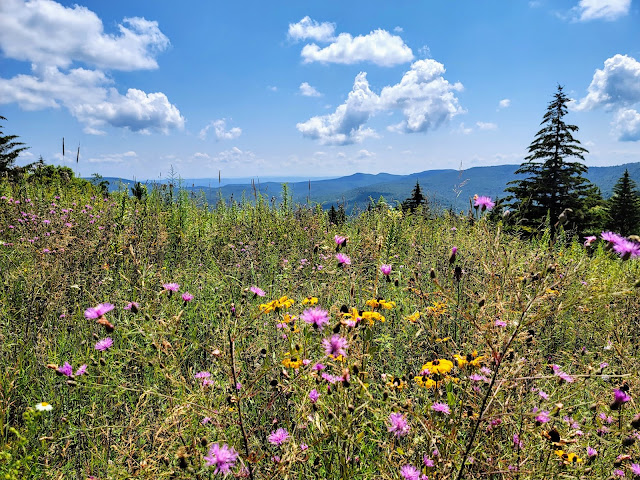 From north to south, these are: 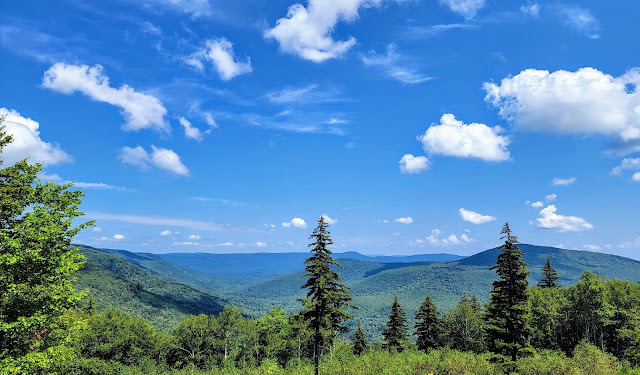 Falls of Hills Creek
The Falls of Hills Creek is a breath-taking (in the literal and figurative senses) hike to the three waterfalls that Hills Creek creates as it descends the mountainside. Hills Creek descends a narrow gorge in the Monongahela National Forest adjacent the Allegheny Scenic Highway, along WV 39/WV 55. It is well marked from the scenic highway. 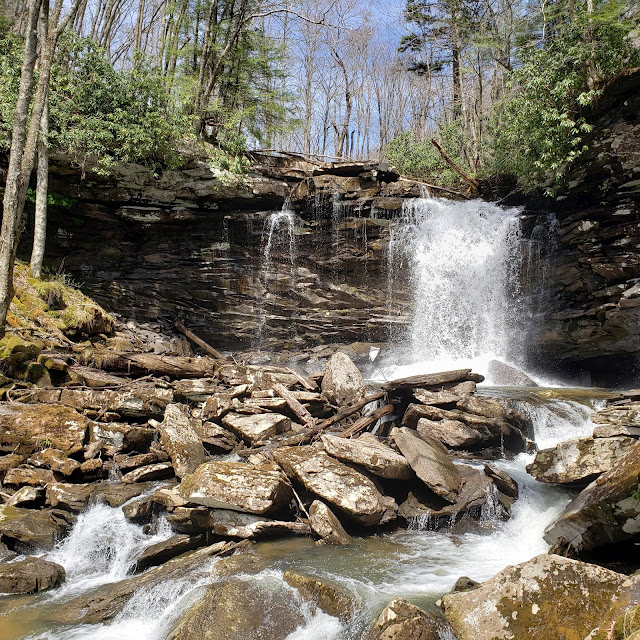 Part of the hike -- the top part -- is wheelchair accessible, although some of the inclines are pretty steep. I believe one review I'd looked at said it was about 12%. This accessible part -- a paved path for some 1700 feet -- leads you to an overlook of the upper falls. 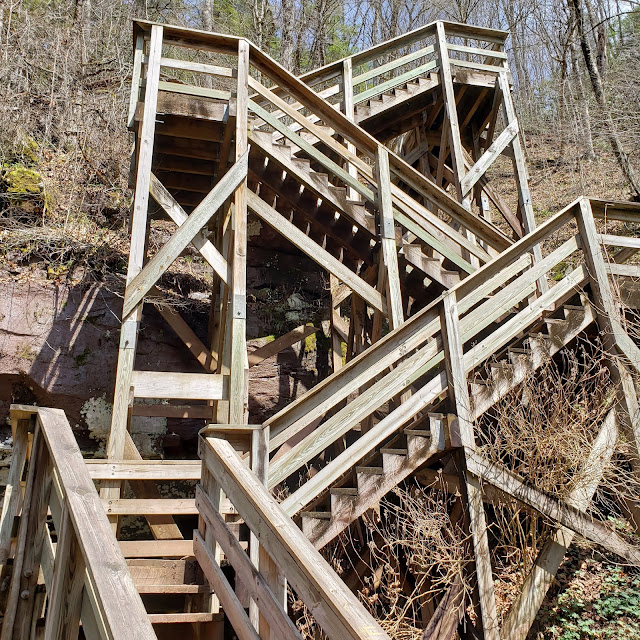 You can see the other two falls -- both spectacular -- along a 1.3-mile trail with a heart-pumping elevation change of 272 feet, almost entirely by stairs. 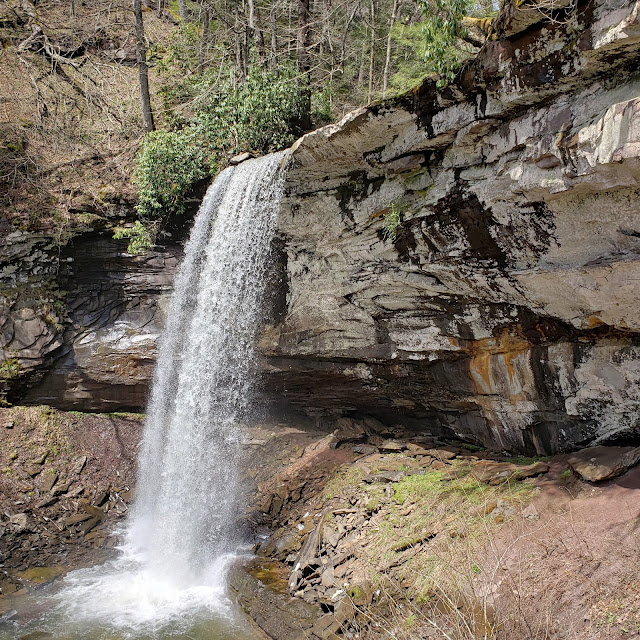 Cranberry Glades Bog Boardwalk
One of West Virginia's largest wetlands, this 750-acre area features open bogs, with the surrounding mountains -- Black, Cranberry and Kennison -- creating a natural bowl around the bogs and trapping the cooler air that creates the unique environment of the Cranberry Glades Bog.

The half-mile boardwalk, which is wheel-chair accessible (but not necessarily ADA certified) leads you around the bogs, introducing you to the unique, and often rare, flora and fauna that the area supports. Plan to take an hour -- you'll be doing a lot of bending and looking at interesting plants. 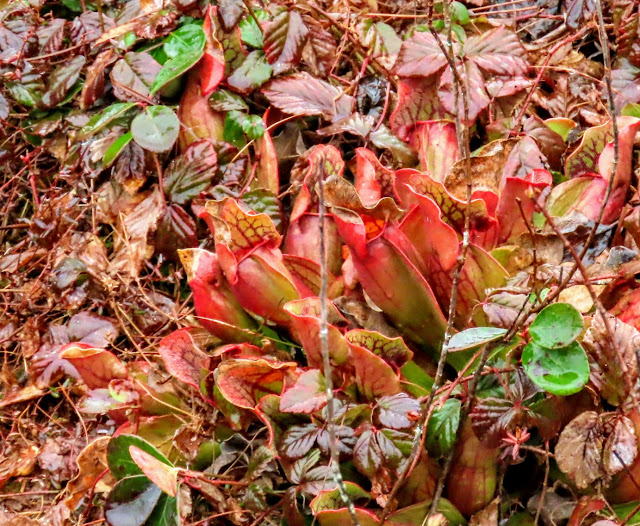 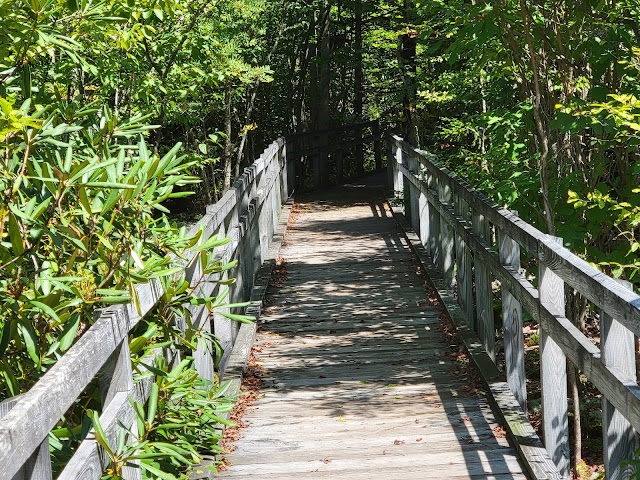 The Black Mountain Boardwalk is just 600 feet long, but carries you over ground that had formerly been desolate, destroyed -- literally to the very bedrock -- by fire. 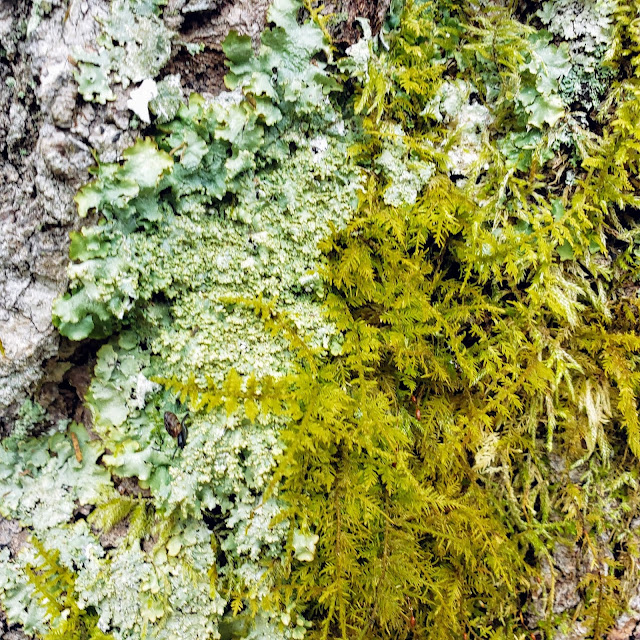 The mountains had been heavily logged in the late 1800s and early 1900s, clear cut, with only slag (the branches and stumps that could not be used by the lumber industry) left behind. Steam engines, powered by coal, often showered sparks around them as they rolled along the railroad. 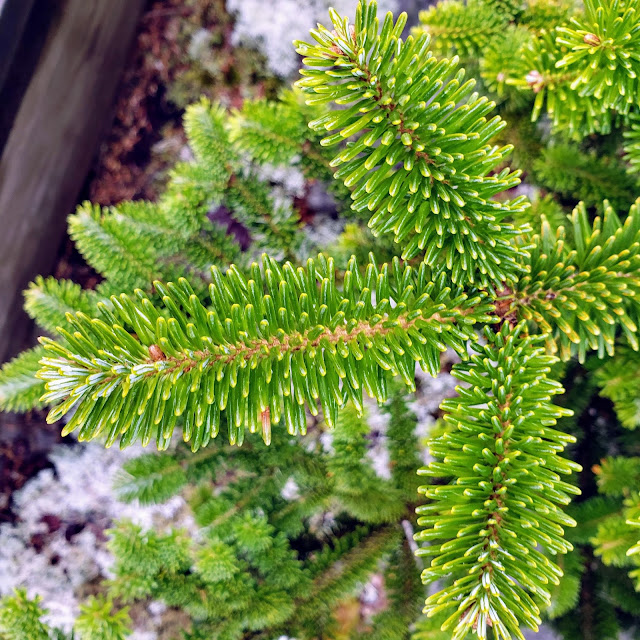 The result was inevitable, and the Monongahela National Forest along what is now the Highland Scenic Highway, as with Dolly Sods just a bit to the north and east, suffered total desolation, an ecological disaster, as fire burned so intensely it destroyed even the top soil, leaving just the bedrock. 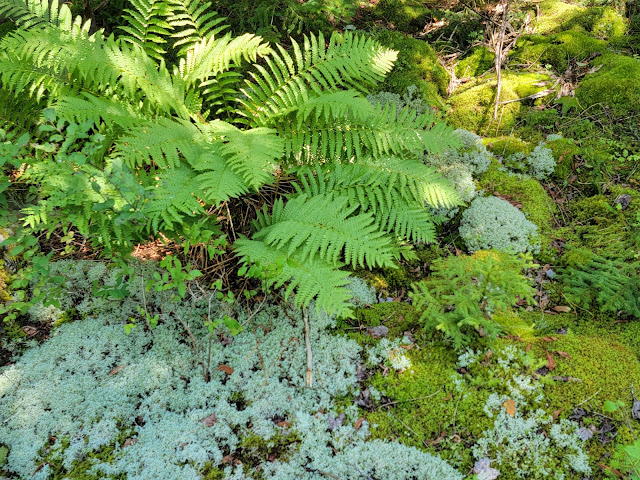 But the Black Mountain boardwalk doesn't end the story there. It also discusses forest renewal and the progress the surrounding area has made since it became part of the Monongahela National Forest. 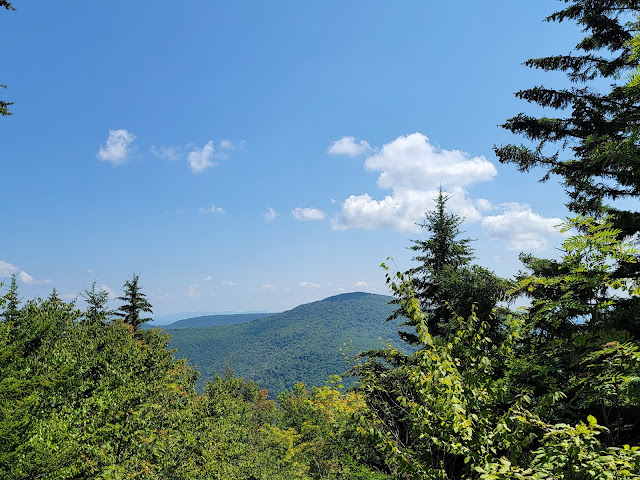 There are several trailheads along the Highland Scenic Trail, but two stood out for us: the High Rocks Trail, a 3-mile easy hike (with minimal elevation change) out to a rock outcropping, and the Honeycomb Rocks Trail, which brings you to an unusual geologic formation. 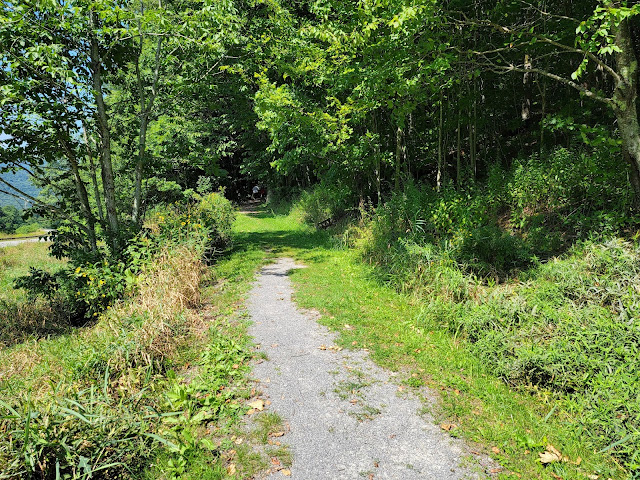 The signage along the short Honeycomb Rocks Trail explains how and why the rocks formed and point out examples of various stages of the formation of the honeycomb rocks from boulders that have tumbled from the top of the mountain. In the heat of the day, I felt grateful our hike didn't take us straight up to the top of the mountain. 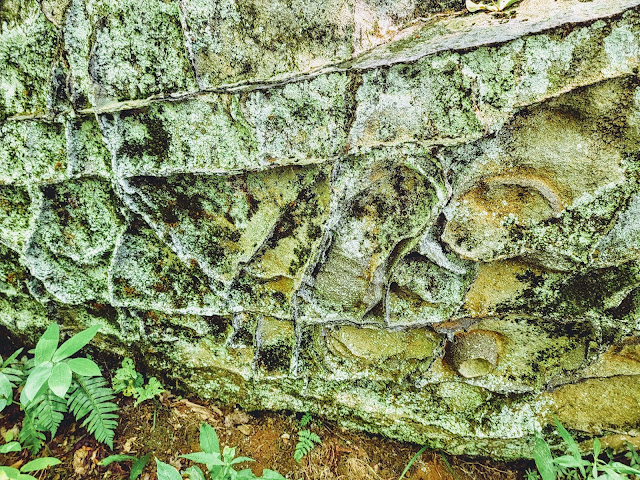 Of course, there are other notable hikes and things to explore along the scenic highway, including some overlooks that are simply beautiful. 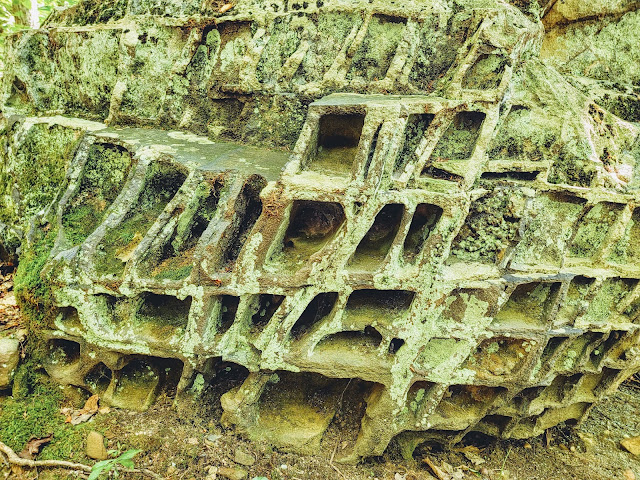 Plan about two hours to drive the southern portion (longer if you decide to picnic at one of the overlooks or do any of the hikes/walks), plus the Black Mountain Overlook, and another three hours to drive the northern portion, including seeing the Cranberry Glades Bog Boardwalk and the Falls of Hills Creek hike. 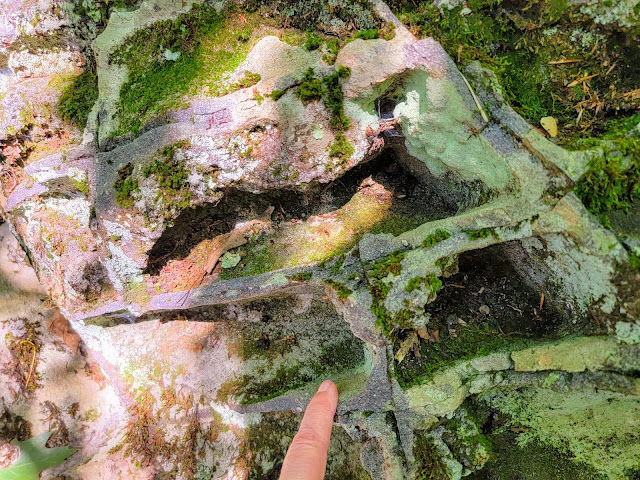 Please note: WV 150 (the southern section of the scenic highway) is not plowed during the winter and typically, there are significant snow accumulations at its highest elevations, often making the road impassable or dangerous November through April. If you do go during the winter months, be on the lookout for snowmobilers and cross-country skiers, who take advantage of the often 100-inches plus snow on the road for both of those sports. 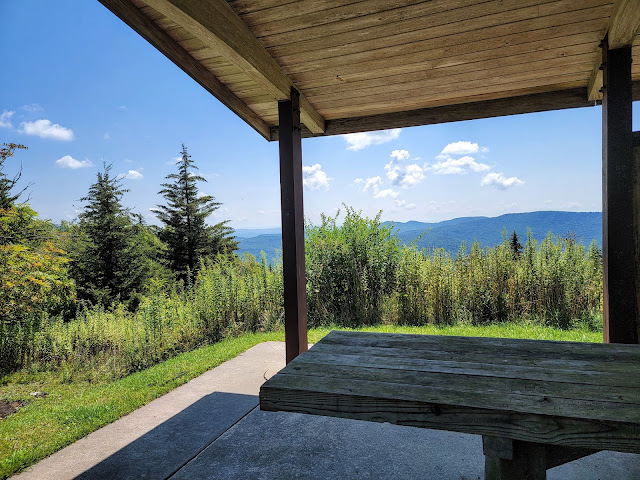 Know before you go: there are accessible, rustic bathroom facilities and picnic tables at every overlook. 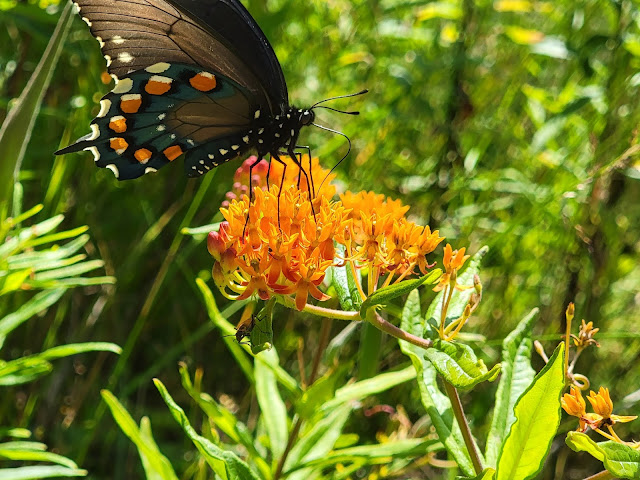 Getting there: The road runs north to south: you can pick up the southern-most terminous at U.S. 219 and WV 55 north of Edray, near Marlinton or the southern terminous of WV 150 at WV 39 and WV 55 northwest of Mill Point. For the northern section of the Highland Scenic Highway, you'll follow WV 39/WV 55 north. 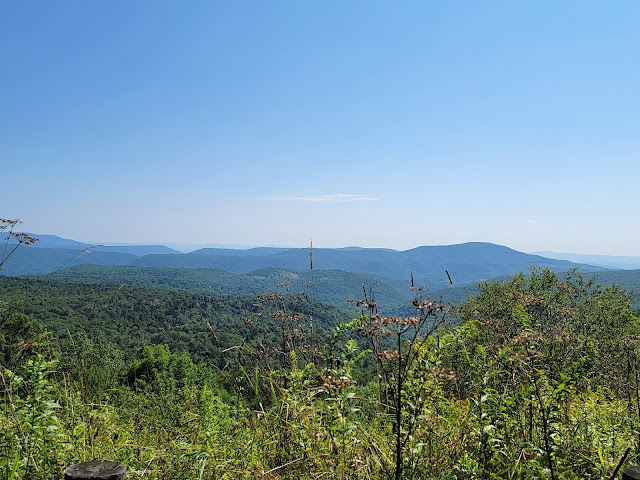 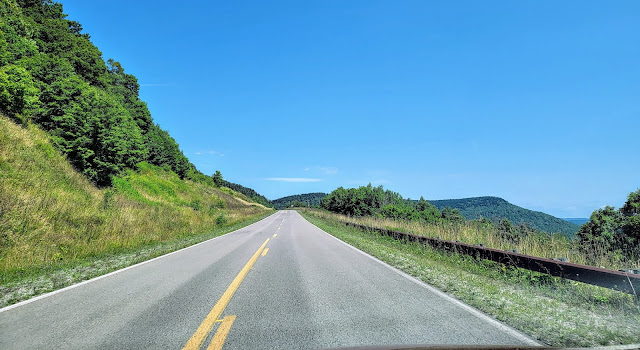