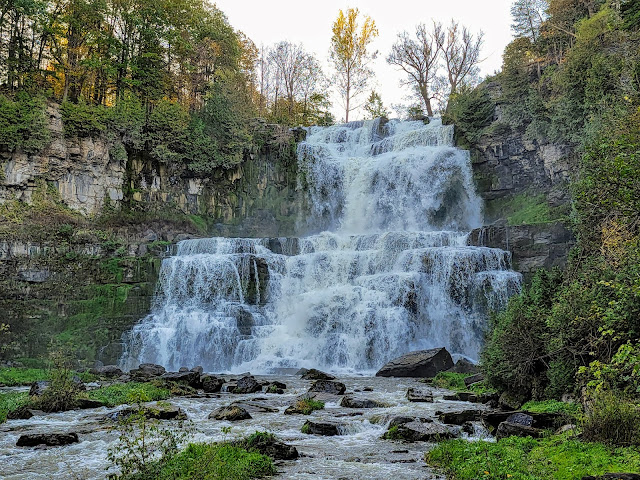 Chittenango Falls is a small state park, just shy of 200 acres. But despite its small size, this park is well worth a visit.

As its name implies, the park's centerpiece is a picturesque, 167-foot staircase waterfall, which sends the waters of Chittenango Creek into a gorge. 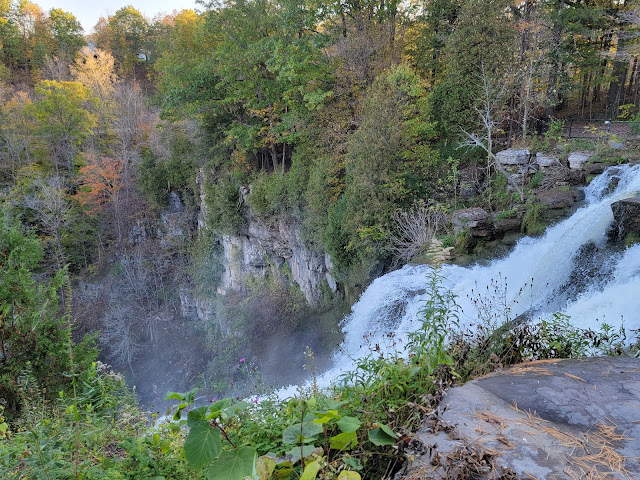 You can't help but notice the amount of spray from the falls, making the hike damp, but also creating the ideal environment for several endangered plans. And, in fact, the only-found-in-this-place rare Ovate Amber Snail is protected by the park -- it has only ever been found living under and around the rocks at the foot of the falls. 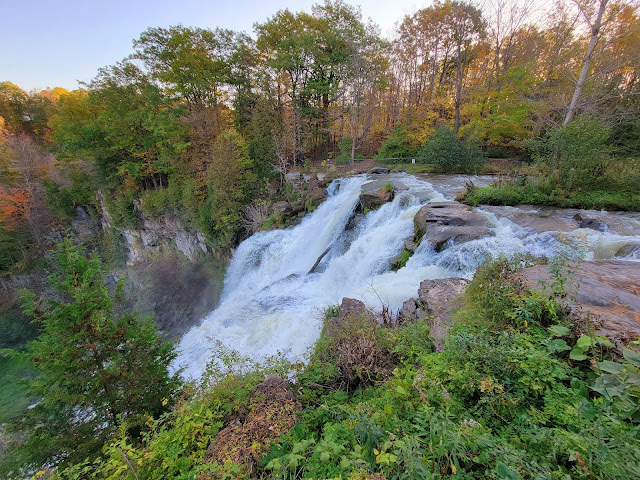 Originally, the site of the falls was a budding industrial site for a growing America, with a paper mill, two sawmills, a woolen clothing factory, and a sash factor located in the gorge in the very early of the 1800s. 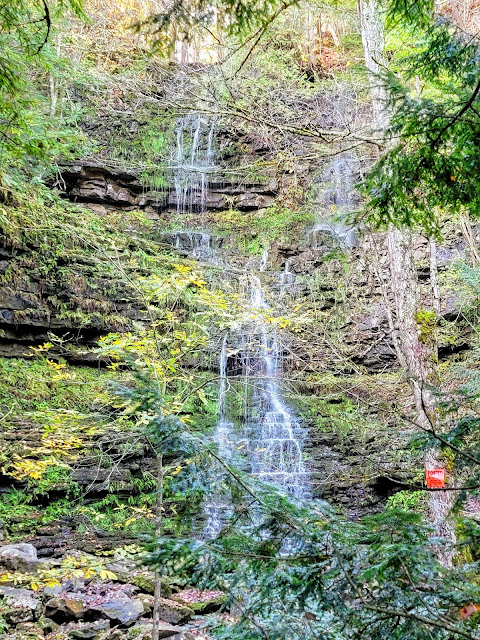 However, the site was saved when a Reverend Boardman purchased the site at auction in 1866. In 1887, a gunpowder manufacturing business approached Boardman to purchase the site, but instead he sold it to Mrs. Charles Fairchild, at a discounted price, so that the site could be preserved as a public park. New York State obtained the park in 1922, and it opened as one of the state's first state parks.

From the parking lot, a series of steps take visitors down the steep sides of the gorge for the first part of this easy half-mile loop trail. 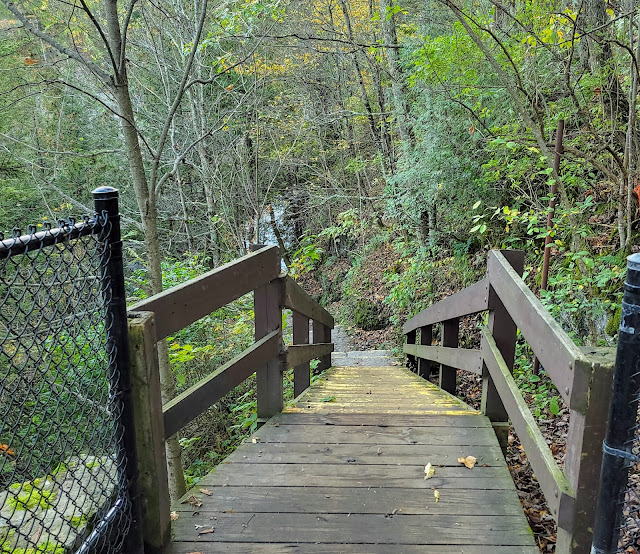 Soon you're rewarded with glimpses of the cascading falls as you descend into the gorge. 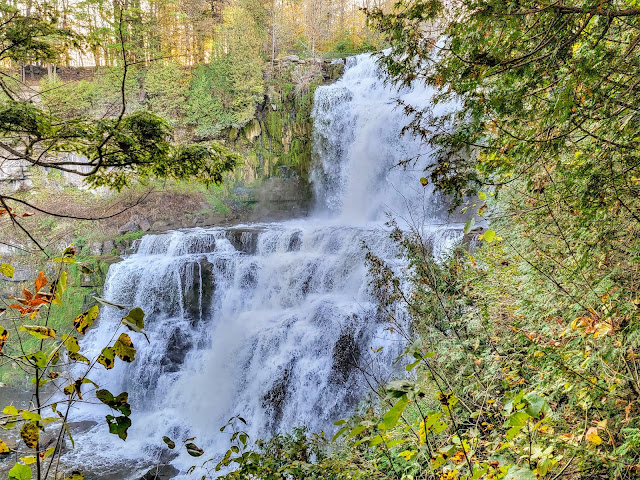 Continue following the path as it leads you to a bonus falls, a thin veil the morning we visited, draping itself over the side of the gorge. 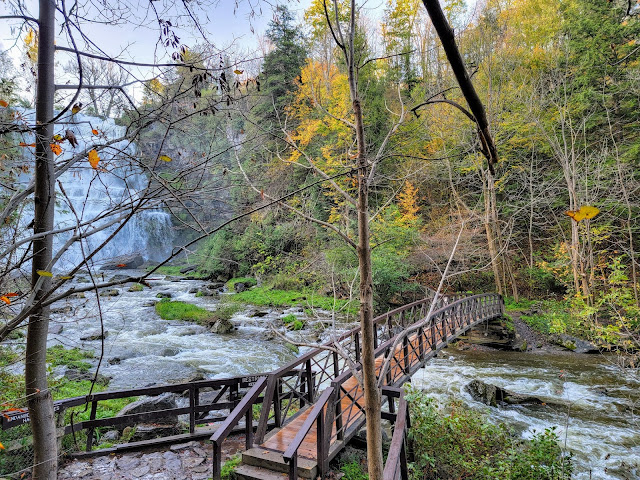 The best view of the falls is from directly below, on the footbridge that crosses Chittenango Creek. 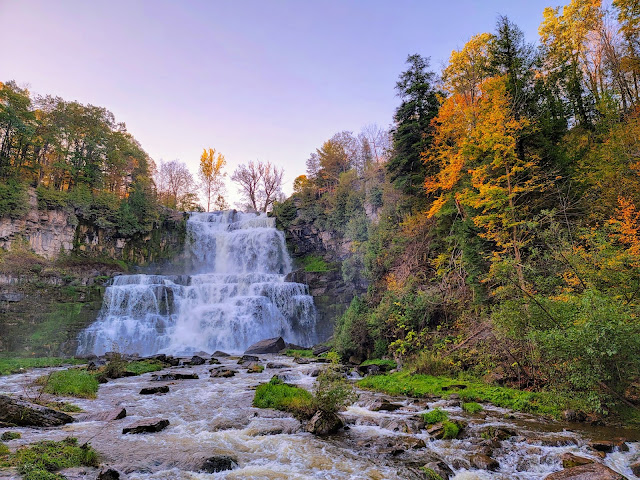 You'll then follow the trail up the other side of the gorge, with additional opportunities for pretty views of the huge falls. 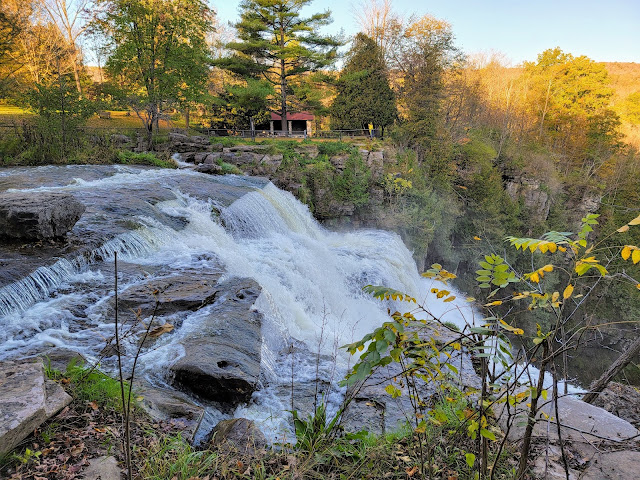 The trail offers a little detour under the road, where you get a lovely view of the creek before it pitches itself over the side of the gorge. 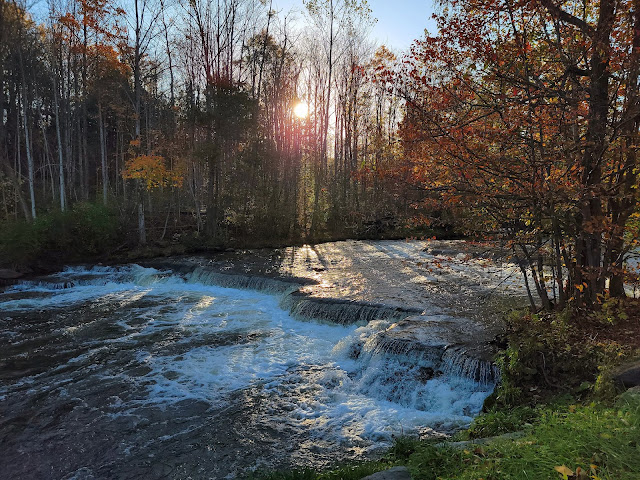 From there, it's back to your vehicle, unless you packed a picnic -- there are multiple tables and at least one pavilion for picnicking. 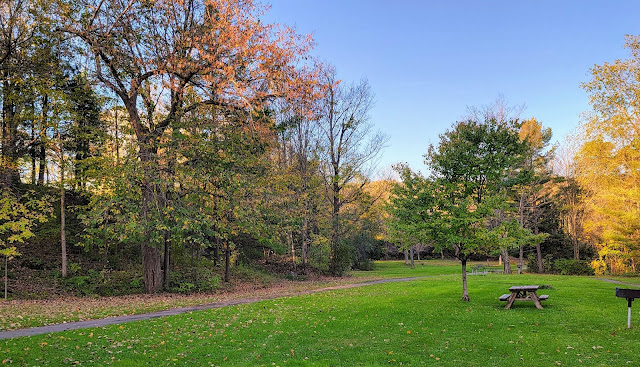 Know before you go: The park offers parking, which may fill up quickly. Because of the sun/lighting, the best time to go might be in the late afternoon, when the sun is landing on the falls (vice back lighting it in the morning).

Getting there: 2300 Rathbun Rd, Cazenovia, NY 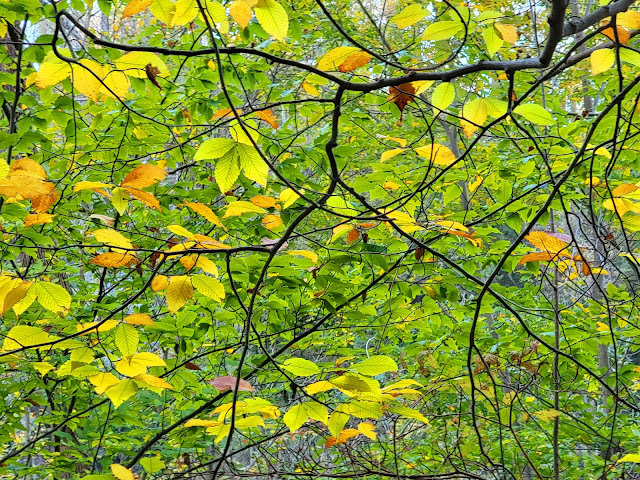 Do you want to fall for more waterfalls in New York? Check out the articles below! 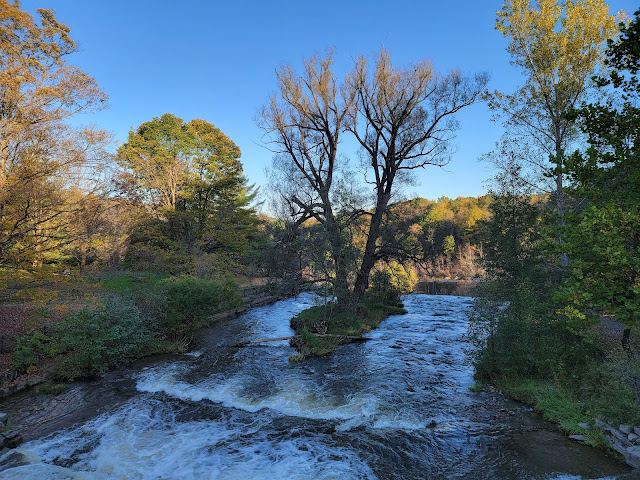 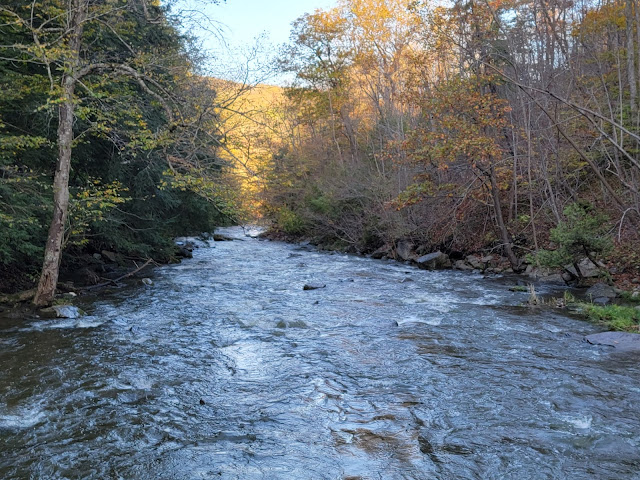