Accidental Tourist: How Playing a Game Brought Me to New Places

My husband and I recently discovered Ingress, a game we can play on our phones, either during a day trip or as the goal of a day trip. We first started it while biking along the C&O Canal. 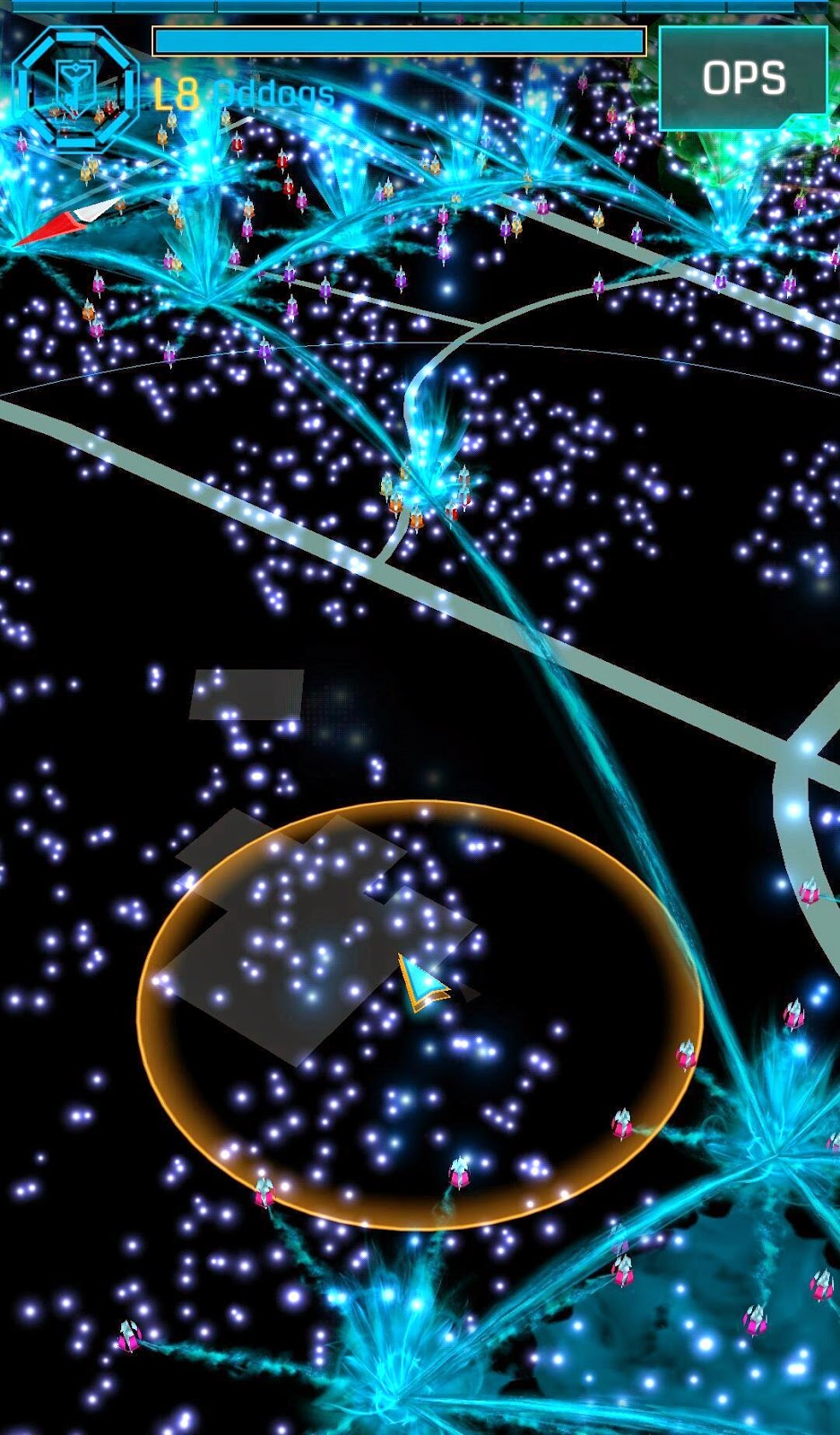 For those of you not familiar with Ingress, it's an augmented reality massively multiplayer online role playing GPS-dependent game; the gameplay consists of establishing "portals" at places of public art, landmarks, cenotaphs, points of historical interest, and linking them to create virtual triangular fields over geographic areas. Players "hack" into both friendly and adversarial portals -- there are two sides, blue and green (or, technically, the Resistance or the Enlightened). There's a fairly interesting sci fi story that is ongoing as you play, but you don't have to be a sci fi fan to find the game intriguing.

But what's really fun about the game is that it's led us to places we might not have found on our own otherwise. It's got us walking around quaint little cities as well as around lakes in our hometown. And meanwhile we've met some fun people.

On our recent leaf peeping trip, we decided to play Ingress along the way. We agreed that, within limits, we would pursue grey, i.e., unclaimed portals -- those historical points of interest -- we came close to. 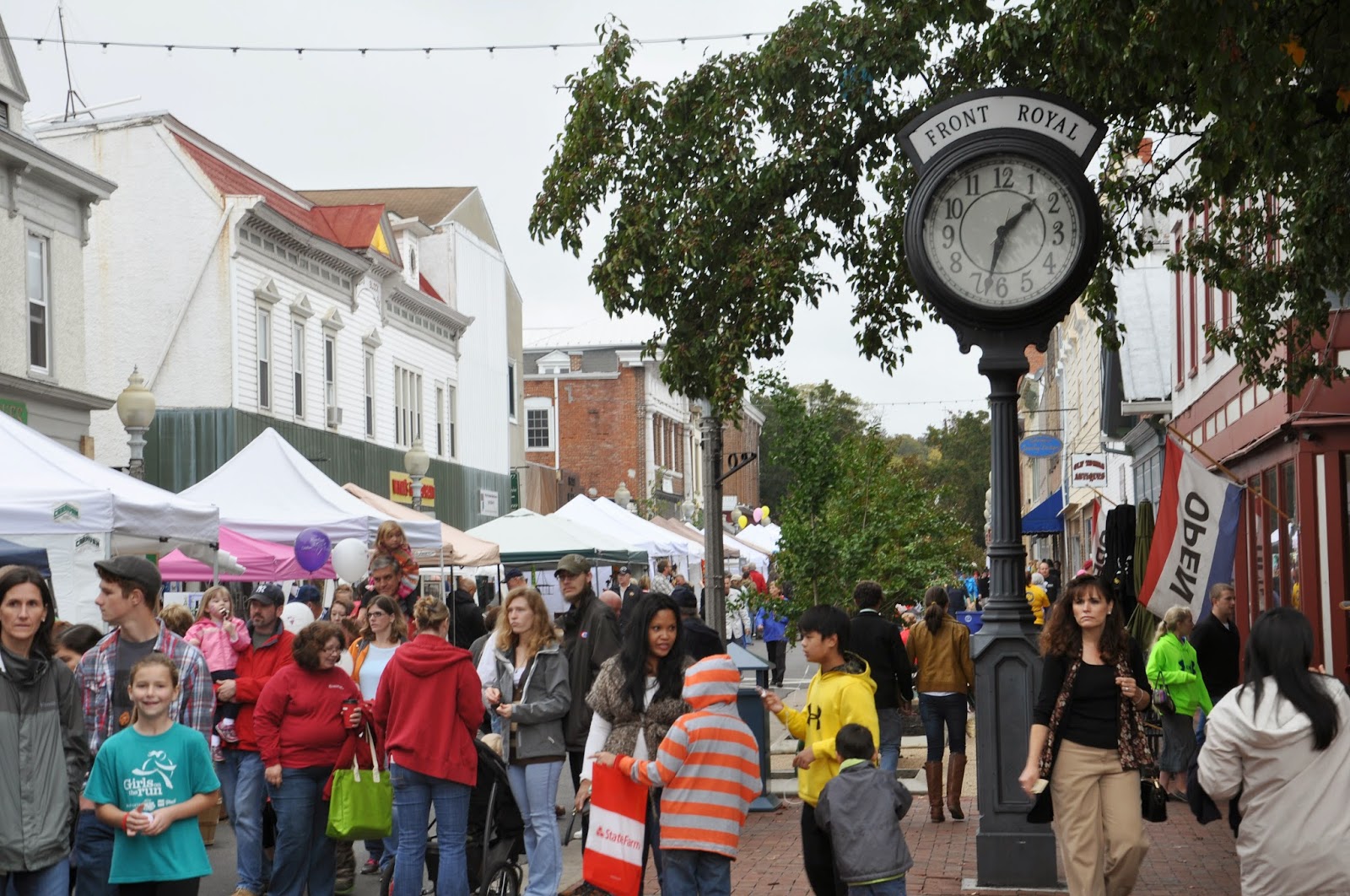 It added another layer of fun onto an already fun day. Because of Ingress and claiming some grey portals in Front Royal, we encountered the Festival of Leaves -- we saw the booths and some of the festivities, and that caused us to go park the car and walk around the area. But it wasn't just the interesting crafts vendors -- there were both adversarial portals we could "take down" and claim for our side, as well as some grey portals we could claim. (Points for claiming portals add up, helping players to level.) 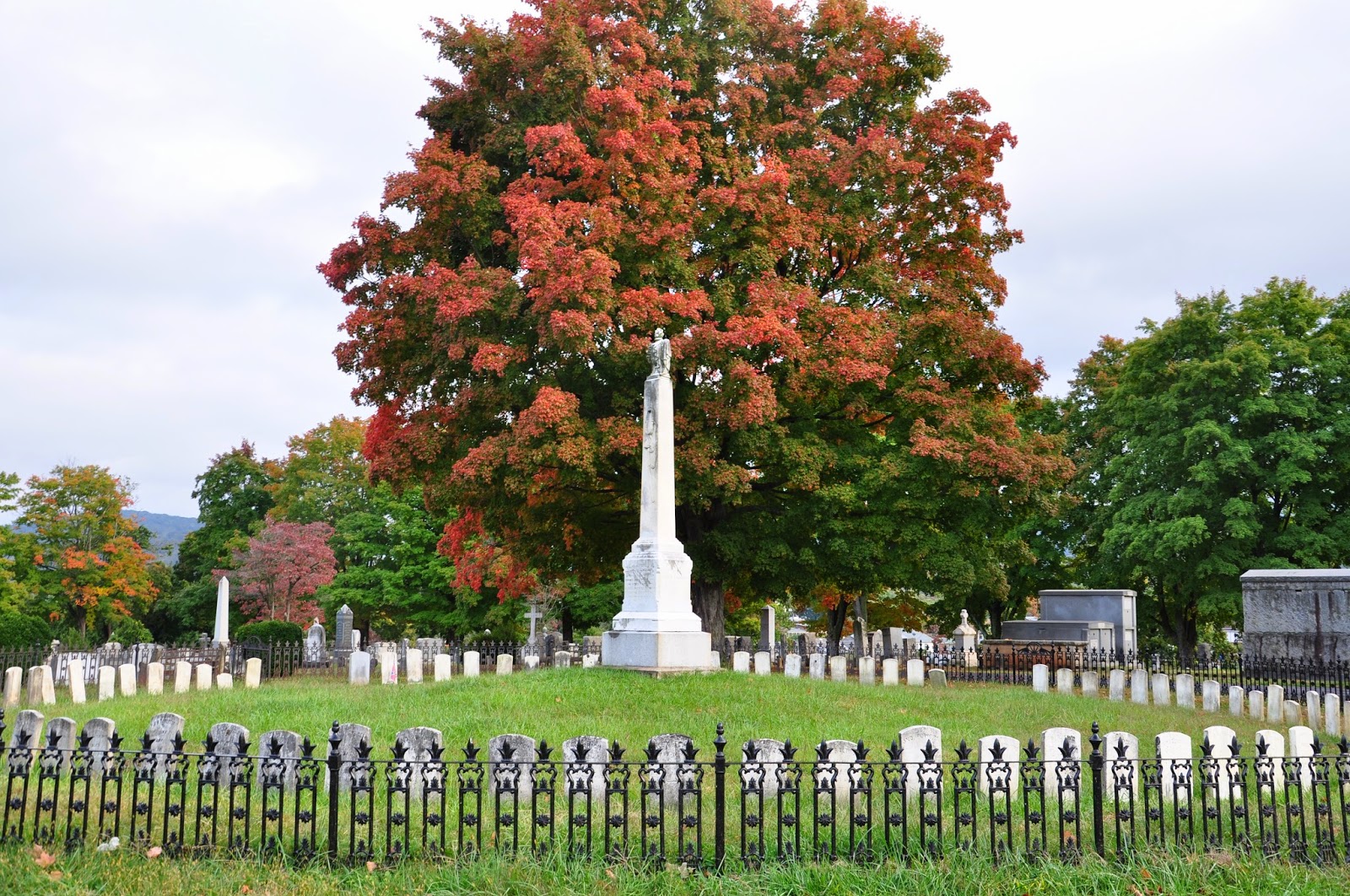 I decided to blog about it because Ingress influenced the leaf peeping trip so heavily, and provided me with another and unexpected blog entry -- the Veteran's Day post about Honoring Our Dead. I simply wouldn't have encountered Soldier's Circle, pictured above, if I'd not been chasing portals.

And it was fun!!! Because of Ingress, we found our way to several little known Civil War sites scattered around Front Royal, learning something about the skirmishes that took place around the area. And Ingress led us to both Soldiers Circle in Prospect Hill Cemetery AND the National Cemetery in Winchester (cemeteries are usually tagged with at least one, and often many, portals). 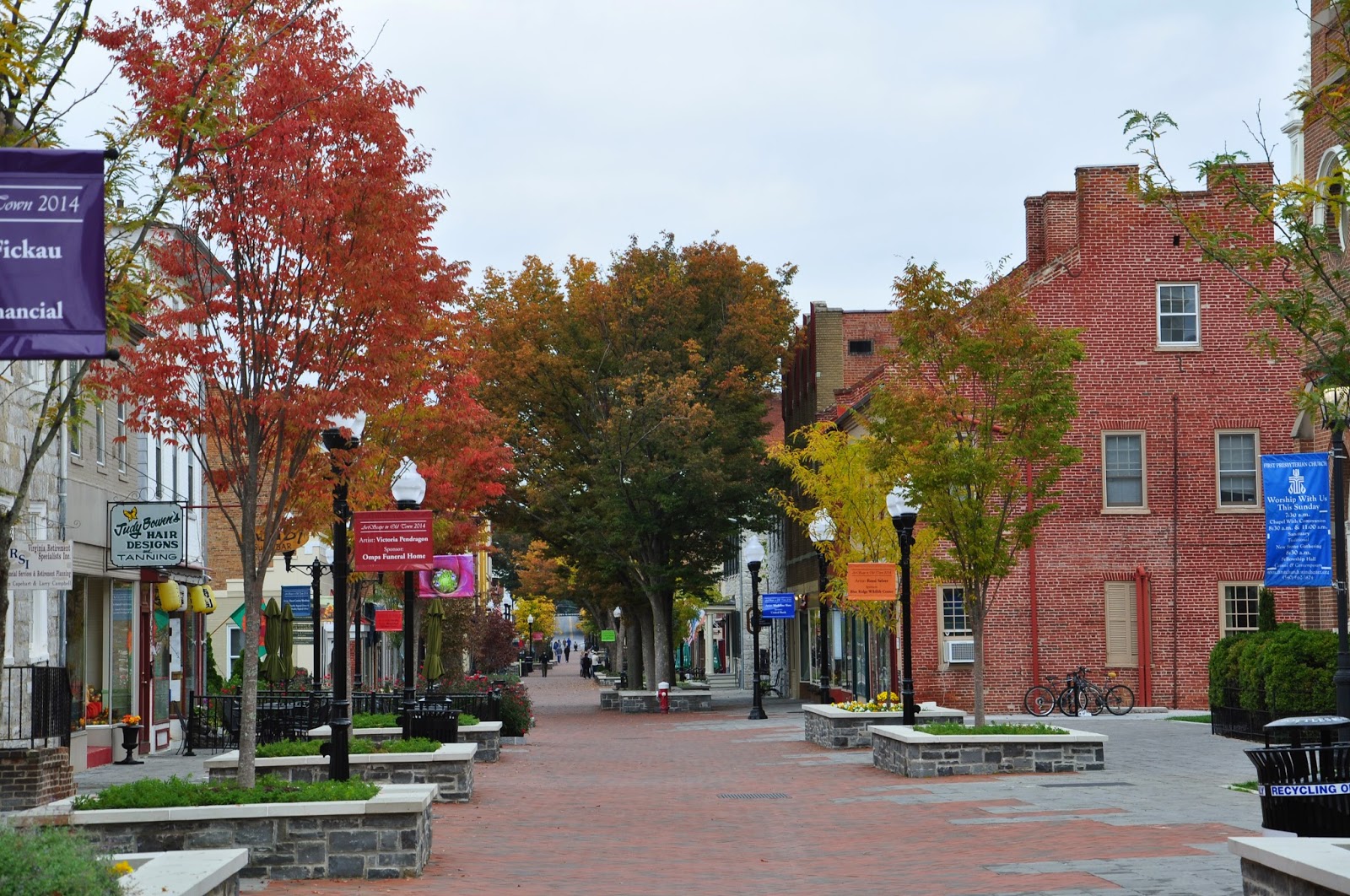 Going in search of portals in Winchester led us down to the quaint and historic main street, which is now a pedestrian mall lined with cute boutiques and restaurants. 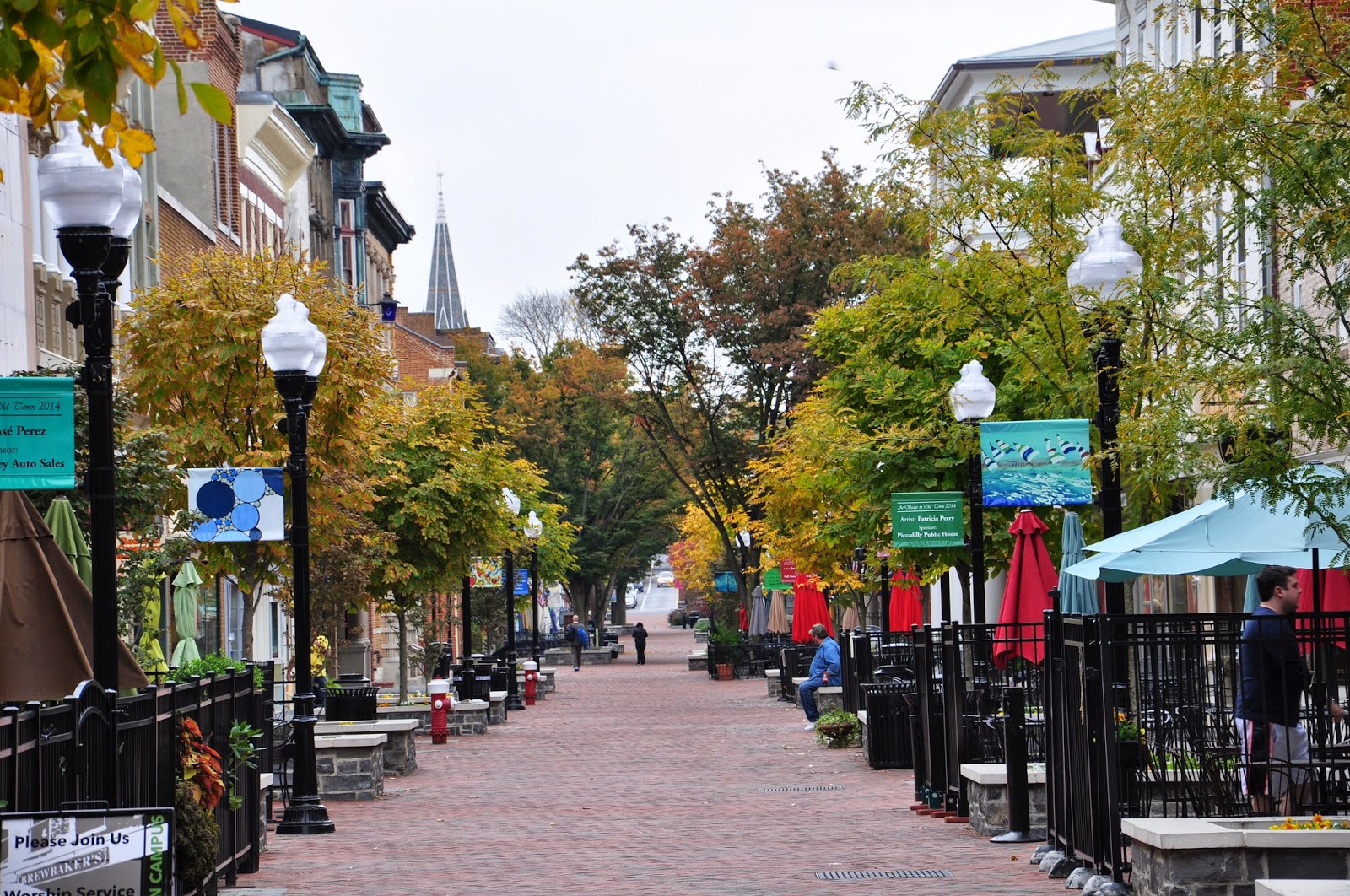 We might not have discovered these otherwise -- Winchester might only have been a hotel off of Route 7 for us. And Front Royal probably would have been "the town we drove through" just before arriving at the entrance to Shenandoah National Park. 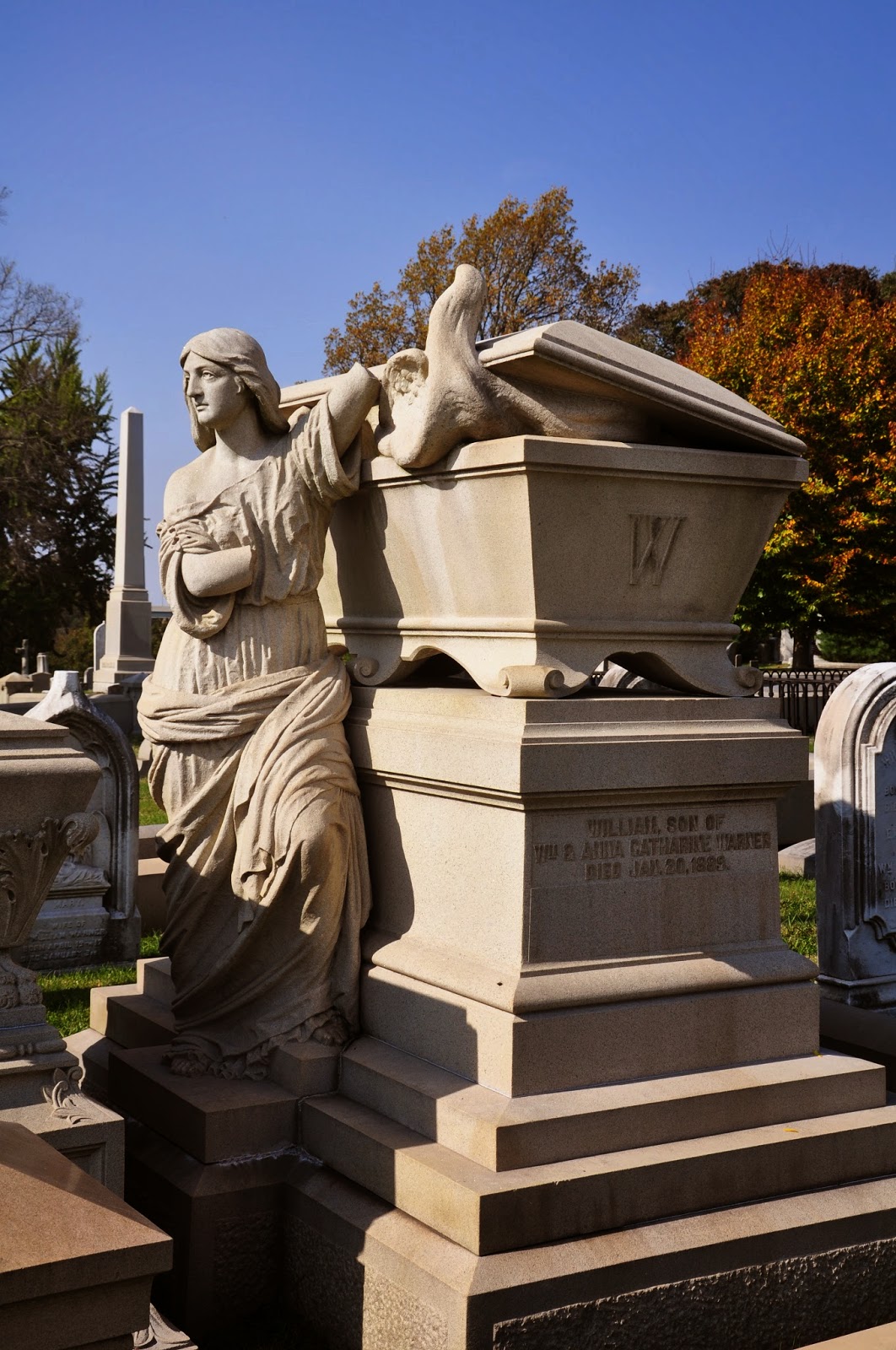 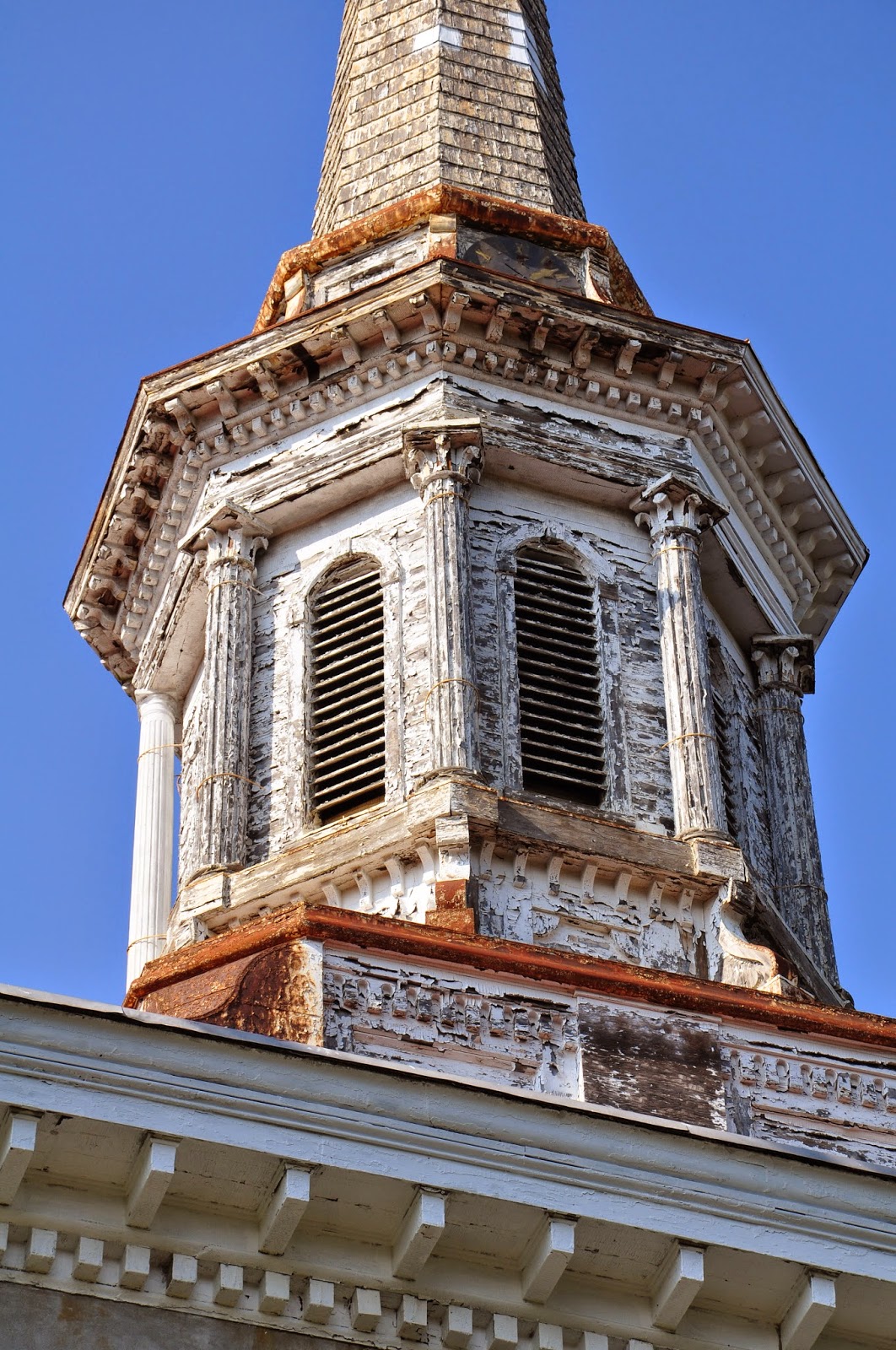 Since then we've been up to Philadelphia (several times). There are usually a lot of portals at historic cemeteries, and Laurel Hill Cemetery was no exception! While I happily photographed and explored my way around the cemetery, my husband, who, although quietly supportive, is less enamored with graveyards and my recent embrace of tombstone tourism, just as happily hacked his way around behind me. We both got a lot out of the day and marital peace was maintained!

Afterward, on our way to our hotel, we passed by lovely hidden Trinity Lutheran Church, whose steeple appealed to me in its paint-peeling splendor! Churches are popular portals -- almost every church we pass seems to be a portal.

Famous places are often portals. On a bus tour around Philadelphia, we encountered portals at the Betsy Ross House, all the outside sculptures dotted around the city, at the Museum of Art, and, well, everywhere! Ingress helps you find some interesting places -- kind of helping you find places of significant local history. Heritage tourism, right there!

Ingress offers "missions" for different places. For example, in Frederick we had a choice of strolling along Carroll Creek and visiting way points (usually portals) or we could follow a mission to food points of interest (we choose the food option). So far we've completed missions in Baltimore; Annapolis; Ellicott City; and Frederick, MD; as well as Alexandria, VA. 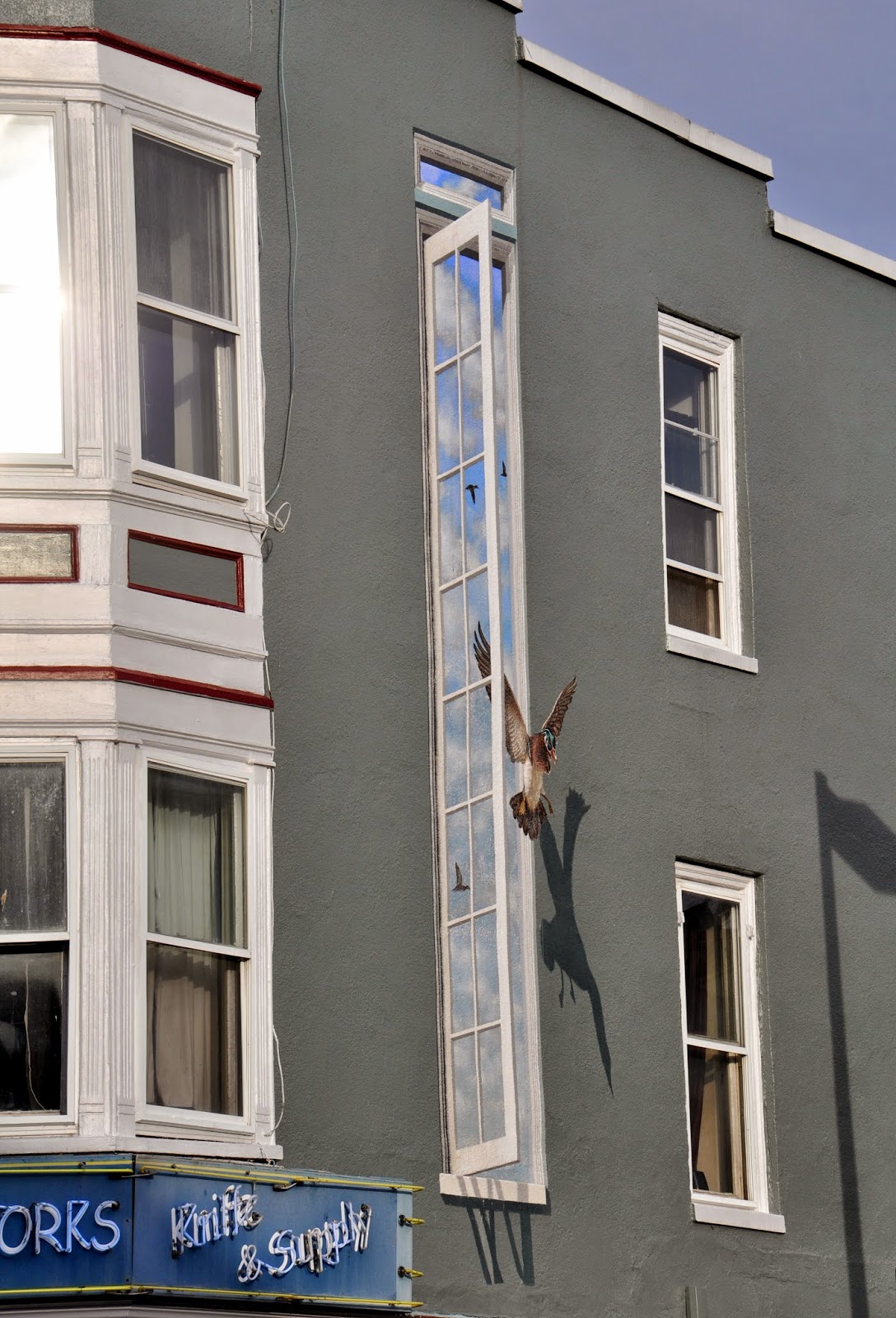 In Frederick we strolled around the Market Street area, then along Record Street past the old library where I'd spent many a happy hour as a child (I grew up in Frederick); this time we were "hacking portals." We passed by several of the famous "clustered spires" of Frederick and I got to introduce my husband to some of the interesting murals that adorn several of the buildings along Market Street.

In fact, our recent trip to Longwood Gardens was filled with portals to hack and link (this sentence will make sense to an Ingress player!). We wandered around the gardens and the Conservatory, taking over the portals and then linking them, all the while enjoying the beautiful gardens, the colorful lights, and the lovely setting. We leveled from 8 to 9 doing that!

So if you're looking for a different way to explore a place, consider trying out Ingress, and join us on the blue side! 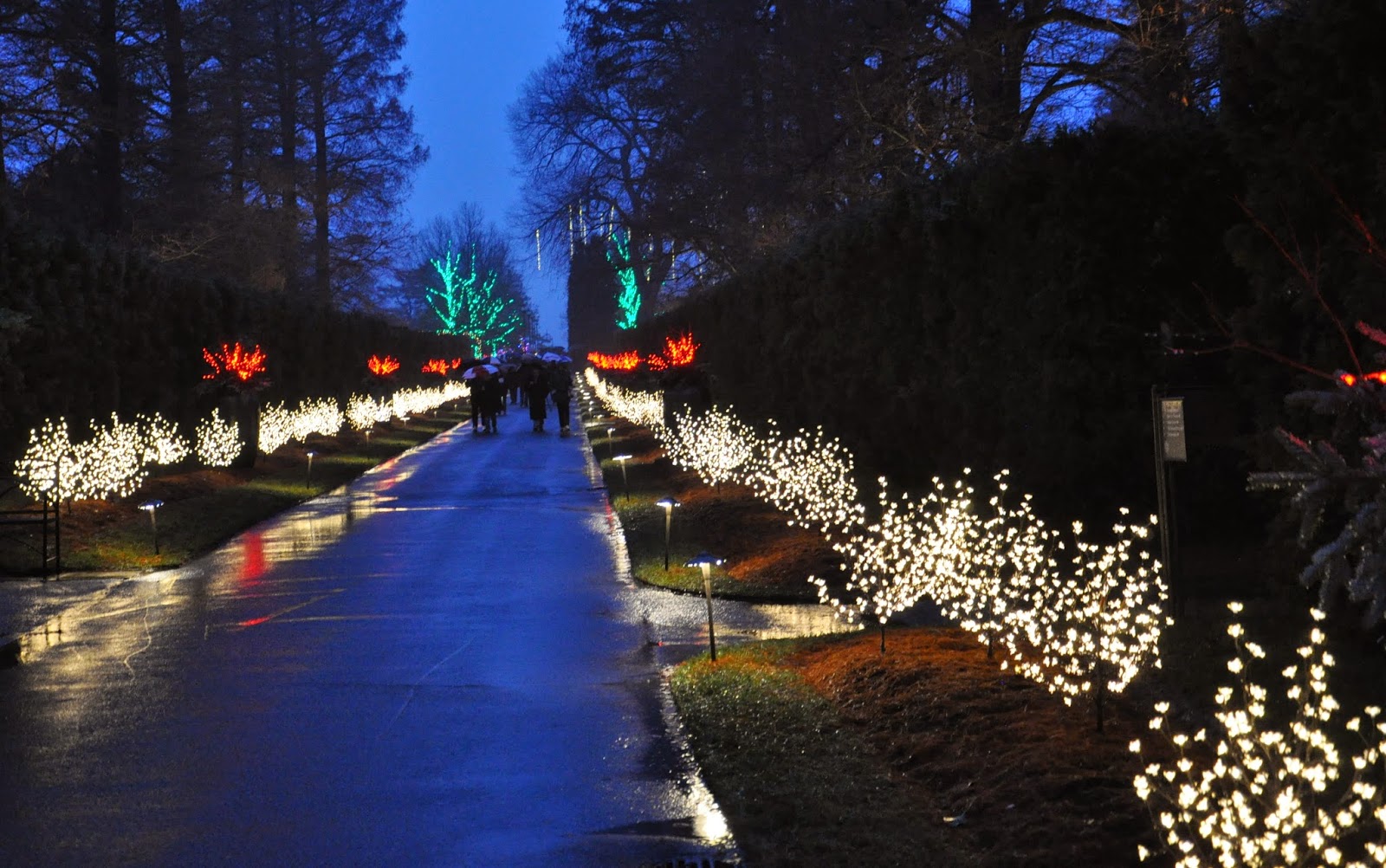 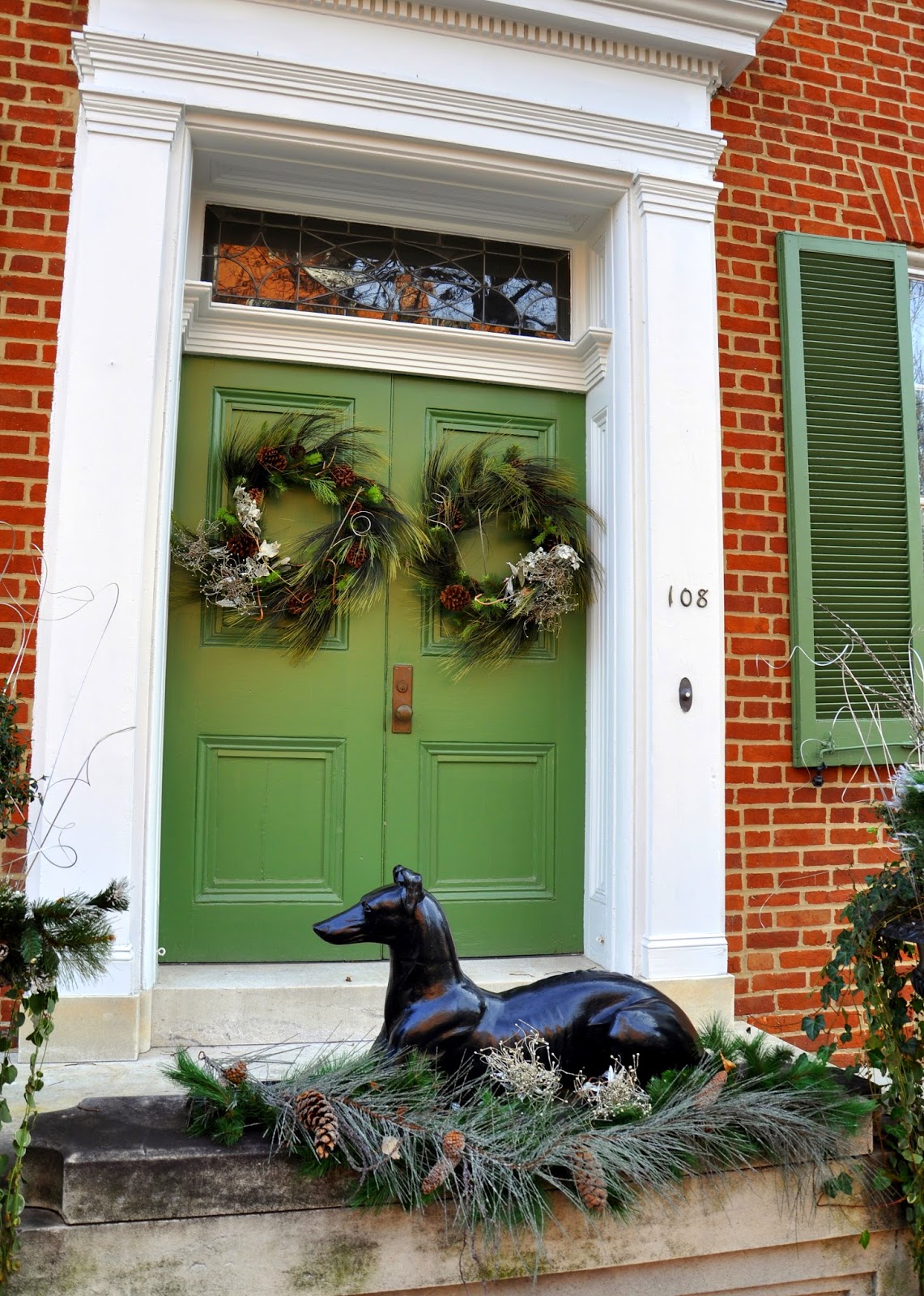