Not quite living history, the ghost tour of Harpers Ferry brings the history of the town alive again. 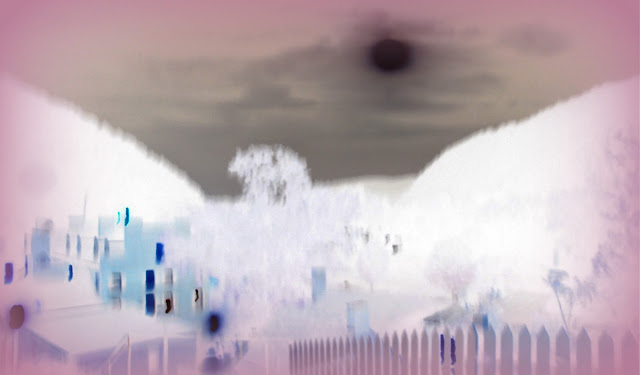 Billed as the oldest existing ghost tour in the United States, the Ghost Tours of Harpers Ferry began more than 40 years ago by local restauranteur Shirley Dougherty. After opening "the Old Iron Horse" restaurant in an old home along Potomac Street, she and her employees all experienced a variety of apparently paranormal events, from the sound of something tumbling down the house's stairs to a ghostly lantern on the fireplace mantle in one of the two dining rooms. Fittingly, the first stop of the tour is the site of her restaurant, now a private residence. 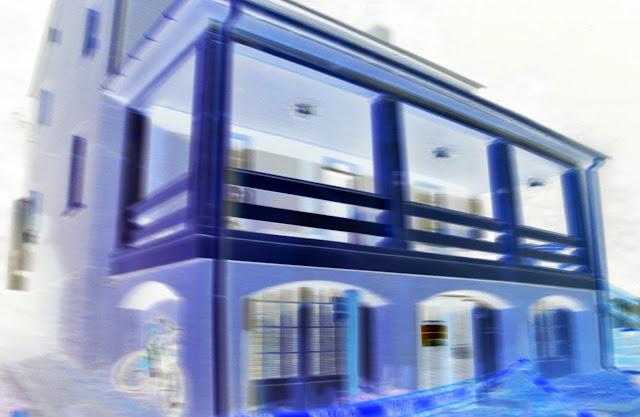 Spurred by the events she was experiencing in her own restaurant, Dougherty eventually collected a variety of ghost stories throughout Harpers Ferry, published in her 1977 book, A Ghostly Tour of Harpers Ferry. That soon led to leading ghost walks around the town.

Rick Garland took over the business 5 years ago, and is a historian at heart -- as well as a musicologist, vocalist, pianist and historical story teller, all attributes he brings to the ghost tour -- and so he has researched to fill in some of the gaps in Dougherty's stories, helping explain -- as much as possible when the subjects of the stories can't speak back -- the WHY behind the stories. If the story talks about the sound of a body tumbling down the stairs? Well, in that building during the Civil War, Union officers shot a Confederate spy who was trying to flee his pursuers and hide on the second floor. As he ran up the steps he encountered the Union officer, who shot him at point blank range and he tumbled, mortally wounded, down to the bottom of the steps. Although we can't know for sure that's the explanation for the sounds of something tumbling down the stairs, it's definitely plausible.

Garland believes that real historical detail adds to the stories he's sharing, and tries to help folks on his tours visualize what the town looked like during the Civil War. The quaint touristy town we enjoy today is not quite what it seems -- or at least, isn't today what it once was. Where there's now empty space, there used to be gun factories, hotels, and saloons. Clean paved streets now? Mud, garbage, horse manure, and human waste used to run through those same streets, with a herd of town-owned pigs wandering around to clean up the garbage (but adding their own waste to the vile mix). Sometimes the picture he paints isn't pretty... 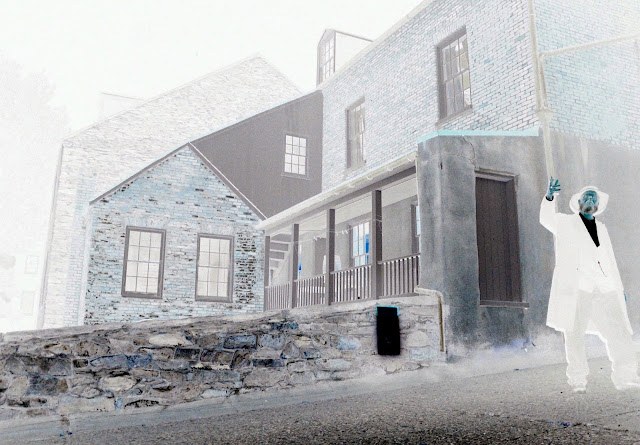 The tour will bring you past the site on Hog Alley where Dangerfield Newby, one of the John Brown conspirators, was dragged after being shot dead by local residents, to be eaten by the town hogs. There, to this day, he haunts the spot, raising his piercing blue eyes to silently accuse the living. 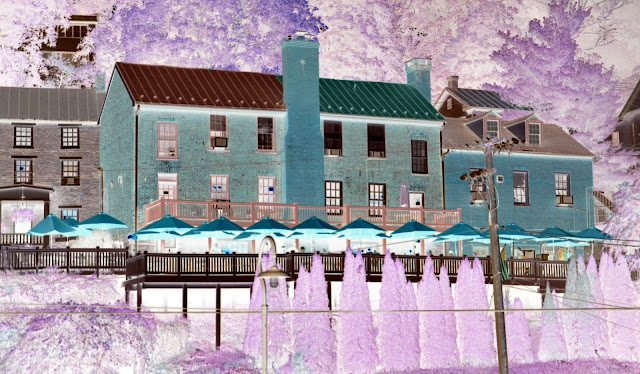 The tour made its way past the Potomac Grill (where, coincidentally, my husband and I had enjoyed dinner -- a chicken parm sandwich accompanied by a glass of pinot grigio for me, steak sandwich for him), where a Confederate drummer boy is said to haunt the upper apartments -- now a vacation rental. Then we headed over to another building where a mysterious baby eternally cries, and finally to one of the oldest buildings in Harpers Ferry, said to be the most haunted building in the town.

Up until then, I'd been disappointedly NOT catching any orbs or anything much of interest, until I snapped a photo of this building from the street below. (Although to be fair, I've figured out, you need to take flash photos to catch the orbs and most of my photos until that point had been without flash so I could get the spooky effects.) 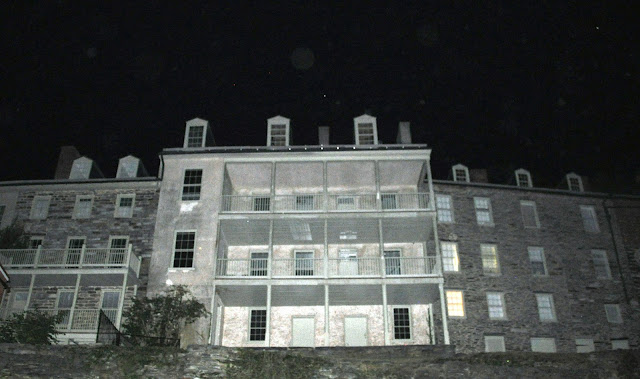 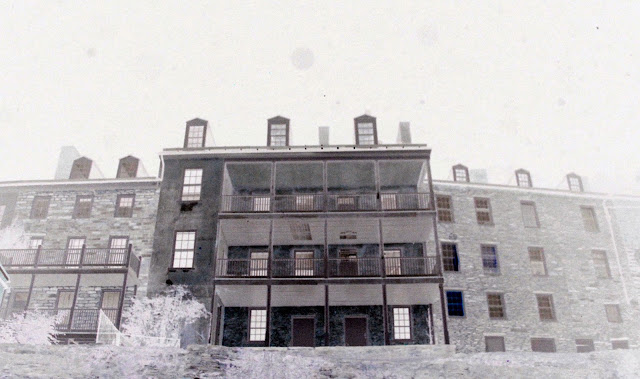 I shared the photo on Ghost Tours of Harpers Ferry's facebook page, noting that there were a few orbs. Rick took a closer look, pointing out that there "are over a dozen orbs in the sky above the building, some small, some larger, some very faint, some much more prominent..." Interestingly, this building was the home of the scariest of the ghost stories, as one of the ghosts apparently tried to harm a National Park Service employee. 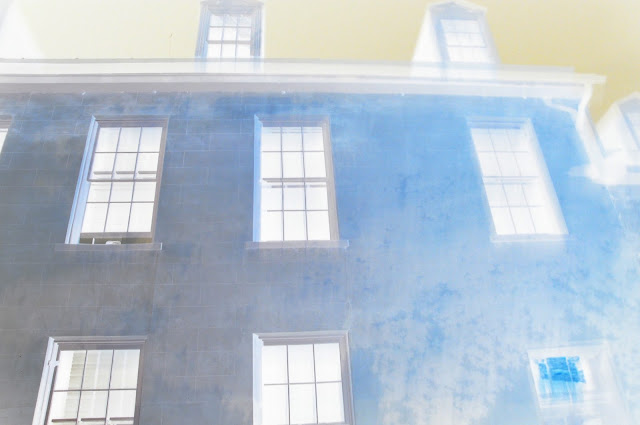 Overall, this ghost tour was a wonderful combination of humor, history, startle-scares, singing (!!), and interesting ghost stories about former town residents who, for the most part, didn't make it into the history books. It was fun enough for kids but also a great date night for couples (dinner, wine, ghost tour...).

Garland, when he's not telling ghost stories, conducts historical tours of both Harpers Ferry, WV, as well as a number of historical songs and stories concert shows.

Getting there: The tour meets at St Peters Catholic Church at 100 Church Street. The website offers suggestions for parking.

Hours: Ghost tours are offered year round; check the website for details. 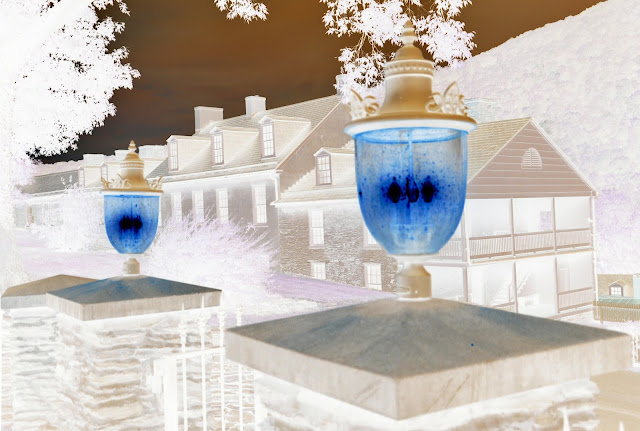