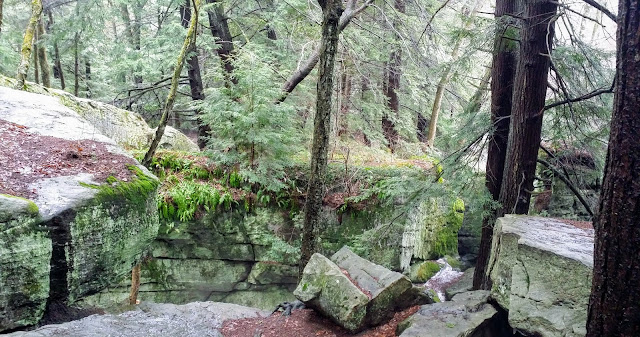 I'm always game for interesting rock formations and outcroppings, so when I learned about Bilgers Rocks, I knew it had to be on my visit list.

Bilger's Rocks is a massive, 300 million year old rock formation covering some 20 acres in Clearfield County, PA. The formations tower up to 50 feet above ground level.

The most striking feature about Bilger's Rocks are the various openings, crawlspaces, passageways, and arches found throughout the outcrop. Whether you approach it from on top, as we did because of ice and snow still hidden in the fissures (what doesn't see the sun won't melt quickly) or from below to explore the maze of caves and walk ways leading to mysterious "rooms" named Devil's Dining Room" and "Devil's Kitchen," this is one of nature's marvels. 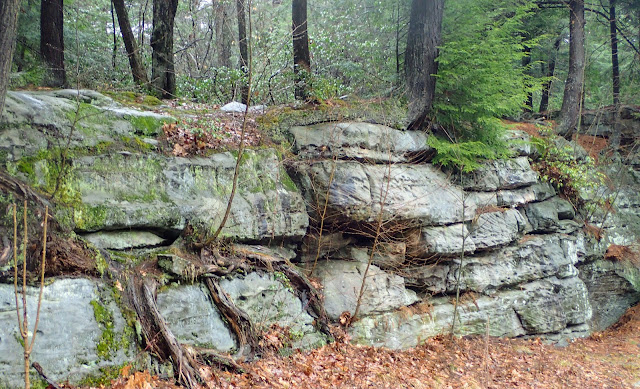 Trees and plants grow through the rock crevices and through the fissures into the sun above. Ferns are still green, even in February.

The place was frequently visited throughout the years by folks wished to enjoy nature and its marvels. But it wasn't until the 1960s that there was an effort to protect the place via a park. 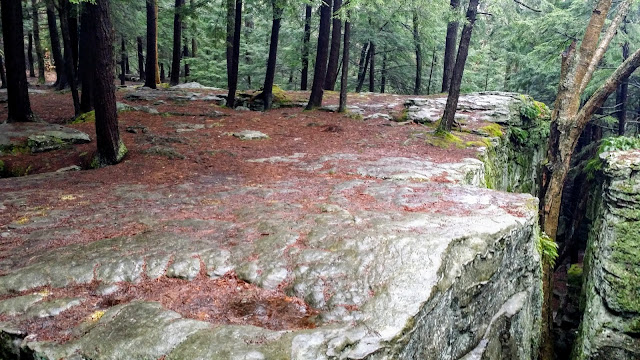 The scientific explanation for this incredible bit of geography is that the distinctive crevices and gaps in the rocks were primarily caused by jointing within the rocks. Joints are caused by tectonic, or mountain-building forces that move and stress rocks, causing them to fracture. The resulting cracks provide an inlet for water, which slowly dissolves the rocks and allows space for ice crystals to freeze and thaw during the seasonal cycles, further pushing the rocks apart. Eventually, plants and trees also grow up through crevasses in the rocks and can exert considerable pressure as they grow, forcing even larger gaps to form. Gravity and erosion work together to slowly level the landscape by breaking the rock into ever smaller pieces and transporting it away. 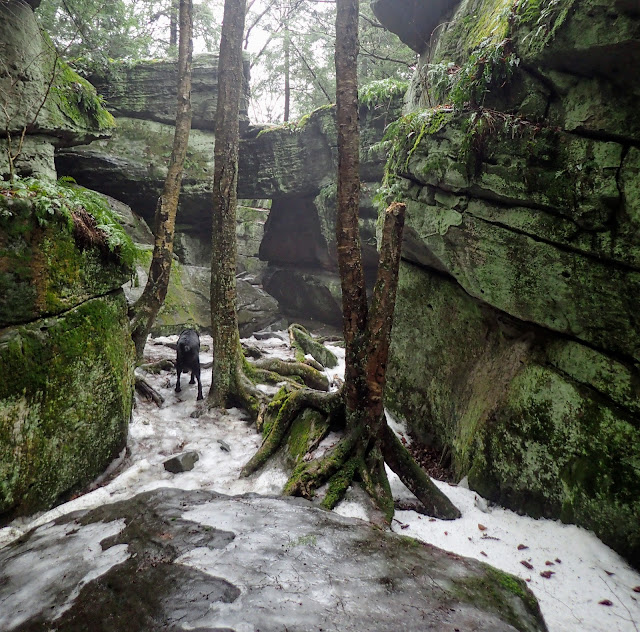 You can explore it by wandering through, over, and under the massive rock formation. On top it seems as if there's a mystical world hidden in the crevices below. I can only imagine how cool it would be to explore within the formation itself.

Because of the weather -- and incredibly rainy weekend and ice that still had not melted -- I was unable to discover for myself the evidence of Paleo man's use of the rock formation -- for that you have to go into the caves and we could only explore the formation from above. But when I return to Clearfield County, I will definitely visit Bilgers Rocks again. 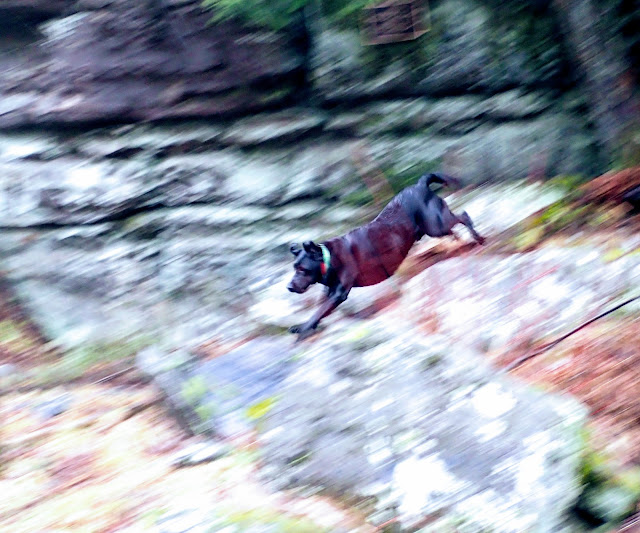 Know before you go: Wear sturdy shoes and clothing appropriate for hiking in the woods. If you're planning on exploring the caves and crevices, then bring flashlights.

Mother's Day in the Park 13 May Noon to 5 p.m. Bring mom out for a special day in the park, with music and a special meal (6$/person)

Father's Day in the Park 17 June Noon to 5 p.m. Bring dad out for a special day in the park, with music and a special meal (6$/person)

Annual Kids Day 25 August Noon - 4 p.m. Have some fun before heading back to school! Games, prizes, free hot dogs and drinks for the kids.

This post starts a series about some great things to see and do in Clearfield County, PA. To see others in this series, click on the label "Clearfield County" below this post. 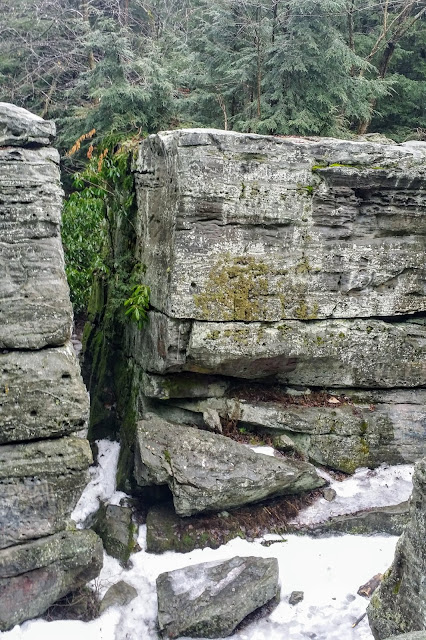 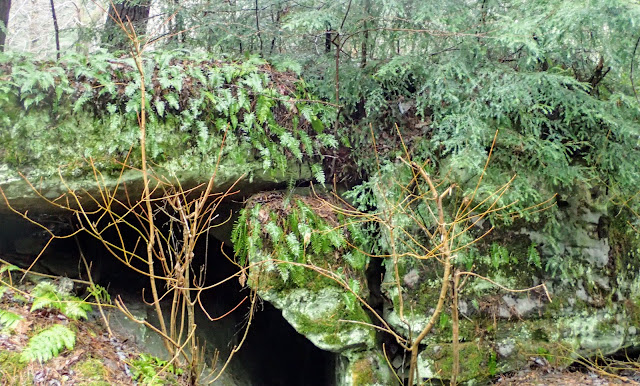