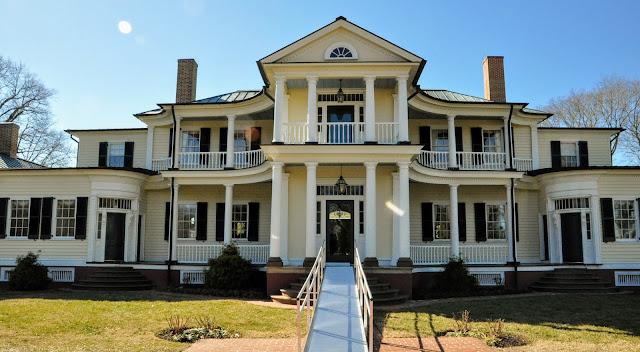 Belle Grove Plantation, in King George, VA, is a gorgeous place, high up on a bluff on the eastern shore of the Rappahanock River. James Madison, the fourth President of the United States, was born there on March 16, 1751, although the house, which was the childhood home of his mother, Eleanor Rose Conway, where he was born no longer exists. A much grander one was built on the same location -- re-purposing much of the same materials -- in 1790. 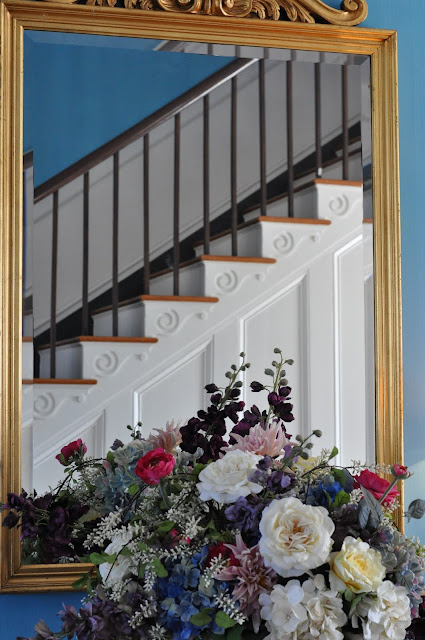 The outside of the house -- now run as a bed and breakfast, historic site and special event venue -- conveys elegance and sophistication, with its perfect symmetry and expensive, curved doors -- a unique feature then and now that conveyed the owners' importance and wealth -- and the inside lives up to the promise of the exterior. Last weekend I got the opportunity to visit Belle Grove Plantation, now run by business owners Michelle and Brett Darnell. Wednesday through Sunday afternoons, they also offer tours of the historic house and property.


Too often in the past, when I toured historic plantations, they glossed over the ugly history of slave labor, even referring to the enslaved workers as "servants." So I was intrigued by Michelle Darnell's most recent addition to the tours being offered at the plantation, the "Enslaved Experience and History Tour."

Darnell takes the opposite approach: she honors and acknowledges the plantation's full history -- even the inconvenient truths of the enslaved community held on the property. She believes there's truth in history.

"When I came to Belle Grove, it was my desire to remember and honor all who lived here," she said. "To leave out one part of our history because it makes me uncomfortable, well, its like acknowledging my face because it looks nice, but never mentioning my feet which aren't as pretty, but [which] work so hard. Each part is important and plays a role in the history." 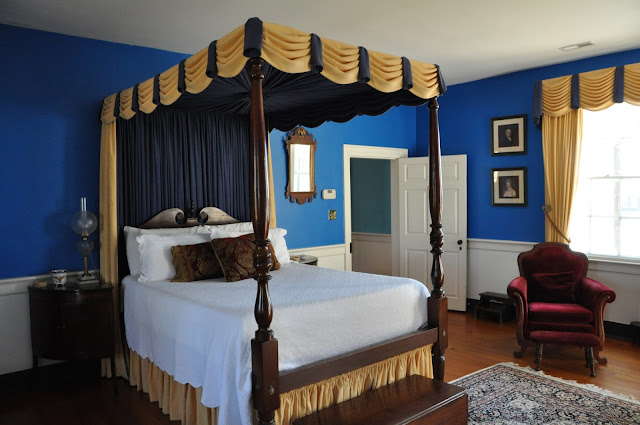 The Enslaved Experience and History Tour grew out of the Historic Mansion tours. Visitors on the house tours frequently asked about the enslaved community at Belle Grove.

"What did we know about them? How many were there? Where did they live?" Darnell remembered the visitors asking. "It has always been my desire and passion to tell all the stories of Belle Grove Plantation. To recover and tell what I can."

She notes that, in fact, the story of Belle Grove started long before with the Native Americans and even the pre-historic peoples who may have lived on the land.

"But when it came to the enslaved community, I really didn't know what to tell about them. I have very limited information on them because they were kept as inventory stock. No names, no faces. Just like animals. But their story is just as important," she said.

"Belle Grove wouldn't be what it is today without the enslaved people working here," Darnell said, gesturing toward the elegant grand hall, where she greeted the group that had assembled for the Enslaved Experience and History Tour. Her gesture encompassed the house itself, and by extension, the entire plantation. 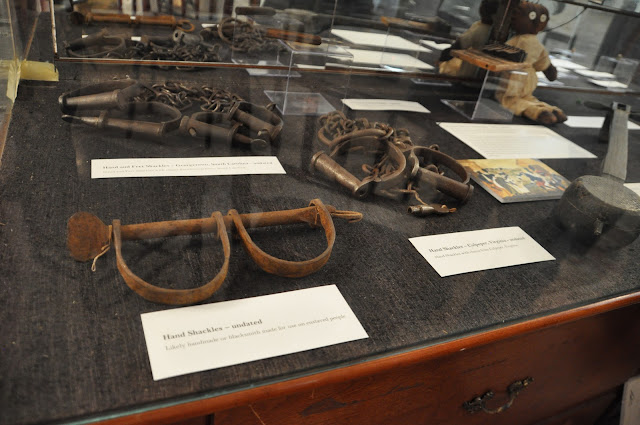 While I was expecting a discussion about actual enslaved individuals on the property, perhaps a tour of the slave cemetery, buildings where they'd lived and labored, Darnell explained that wasn't possible.

The lack of records was exacerbated by a fire in the local King George County courthouse in the 1950s, which probably also destroyed important records that could have shed light on the plantation and the people who lived on it. Ironically, the Union occupation that most likely destroyed the records probably ended up saving the house itself, as Union troops traveling down the river fired on the other major properties, but spared Belle Grove.

In the absence of records, Darnell knew that the only ones who should tell the enslaved community's story would be former enslaved individuals themselves. She turned to slave narratives to tell the story of slave-life on a plantation. The compelling and somewhat emotionally intense presentation itself focuses on foods that came over with kidnapped Africans, the experiences of three individuals who survived slavery to write about their experiences, and some of the artifacts and evidence found on Belle Grove itself.


Darnell is convinced the property still holds secrets, among them the whereabouts of the slave cemetery. She has spent considerable time and effort to locate this important and hallowed place. "When I first arrived, I went to several meetings, historical and civic, just to meet people and ask questions. Oral history is important. But it isn't always correct," she noted, ruefully.

At one of the meetings, she finally received the information she was looking for -- or so she hoped. "A gentleman told me he knew where the cemetery was. He only told me it was in the field," she said. She also visited Camden Plantation, on the other side of the Rappahanock; Camden was built by the same family that established Belle Grove, so she expected there to be similarities between the two plantations. She used that as her guide, and thus started her search in Belle Grove's main field, near the silo, because she had noticed similarities to the Hipkins-Bernard Family cemetery, located on the north side of the plantation house (now marked by a rock and a plaque).

She brought in some ground penetrating radar, but to no avail. "I can't tell you what a disappointment it was and what a joy," she said. Although they didn't find the cemetery, they did locate the Colonial Road leading down to the river where they shipped out tobacco and other items to England in the 1700s.

"But I won't stop looking," she vowed. "Only when I stop have I failed."

Darnell founded the James Madison Belle Grove Foundation in 2016, a non-profit whose prime mission is to preserve, restore, improve, maintain and educate the public about Belle Grove and its amazing American history. "Our current goal is to restore and preserve the 1720-1750 Summer Kitchen, Ice house and Smokehouse," she said, noting that whereas on other major plantations in Virginia those original structures no longer exist, they still do on Belle Grove.

"The Virginia Department of Historic Resources came out to inspect Belle Grove in 2014 -- as a Virginia Landmark, you have to submit to an inspection to be sure we don't change anything -- when seeing our outbuildings, we were told they were priceless. Structures dating to this time period and more over the slave quarters aren't around anymore. They were built with poor materials and have long gone."

"Our goal is to restore them to the 1720 - 1750 period. In the kitchen side, we want to display artifacts and tell the history of Belle Grove. On the slave quarters side, we want to create a memorial for the enslaved community. While we don't have all the names, we do have some. We want to create a bronze plaque with those we do know and include those we don't as a way to say, 'These people were here.' If we can't find the graves, we can still honor them," Darnell said.

Know before you go: In addition to the Enslaved Experience and History Tour, you can enjoy Afternoon Tea and a tour of the Historic Mansion, a Ghost Hunting Tour or stay the night at Belle Grove Plantation Bed and Breakfast. Check for Special Public Events each month on their calendar located on their website or check their Facebook page at Belle Grove Plantation at Port Conway.

Hours: For availability and hours of tours, please check the website.