On the southeastern side of Butler County, about an hour northeast of Pittsburgh, is a delightful bike trail, the Butler - Freeport Community Trail, which runs 20 miles through a scenic wooded valley, along the corridor of the diverse Buffalo Creek Watershed. 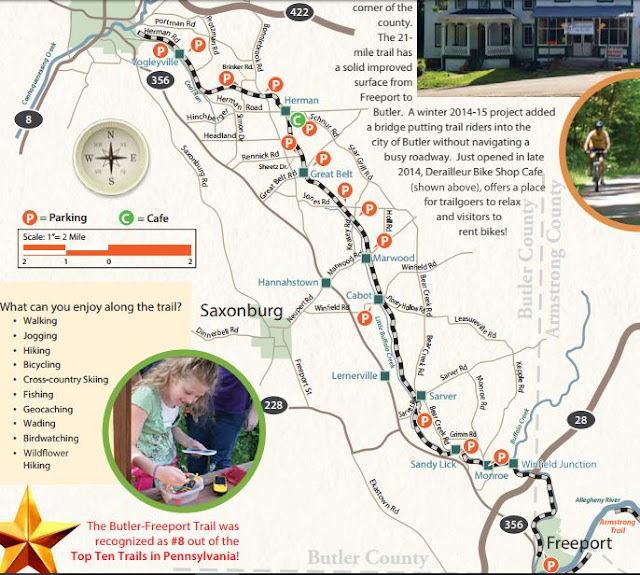 In fact, in several sections, the trail parallels Little Buffalo Creek to Buffalo Creek, and then on to the Allegheny River at Freeport, offering lovely views and an uncrowded and very enjoyable trail. 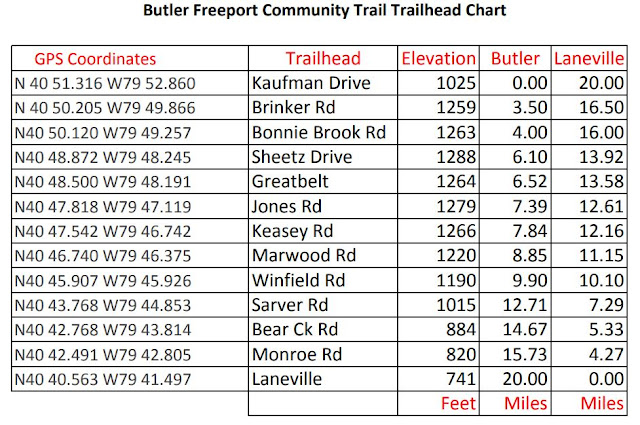 As with all rail trails, the Butler - Freeport Community Trail started as a branch of the Western Pennsylvania Railroad between Butler and Freeport. The line primarily transported the quality limestone deposits needed by the growing Pittsburgh steel industry, but construction of the line opened up the entire region to growth and travel. 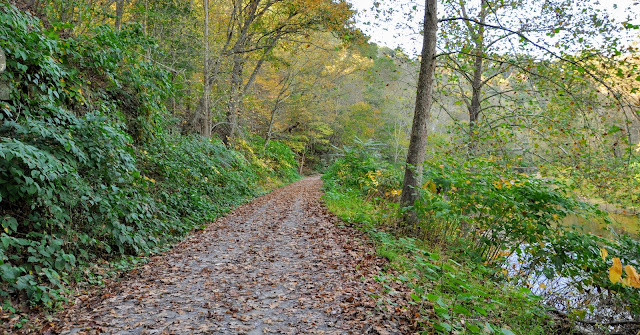 Butler eventually developed its own steel industry, using the line to haul iron ore, but other local communities also transported farm produce, sand from the mines that opened up along the railroad, oil from local wells, and bricks from the brickyards that grew along the line.

Although our ride was cut short because of a malfunctioning brake (so yeah, only rode about two miles of the trail, for a total ride of a much-too-short 4 miles, instead of the 10- or 12-mile round-trip we were hoping for), I'm putting this rail trail on my must-ride list because of cool ruins that still linger along the trail. 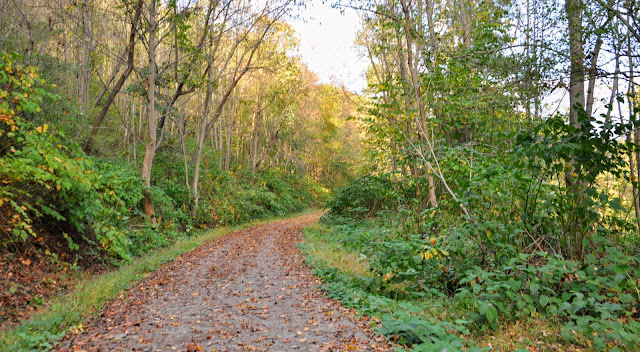 According to the trail's website, remnants of several of the many industries that flourished along the railroad in the 19th and early 20th centuries are still visible along the trail, including old stone foundations, small dams and the remainders of brick kilns. North of Cabot the former Saxon City Hotel, built in 1871 still remains. 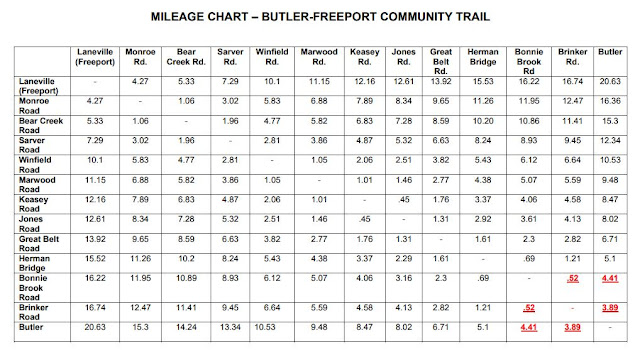 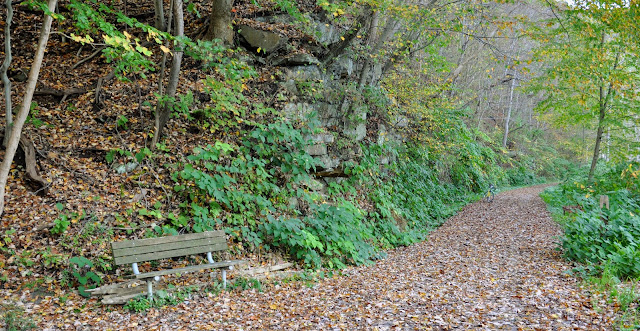 Beginning in mid-October, I started a series of posts about things to do and see in Butler County, PA. This is the fourth installment of this series. To see others in this series, click on the label "Butler County" below this post. 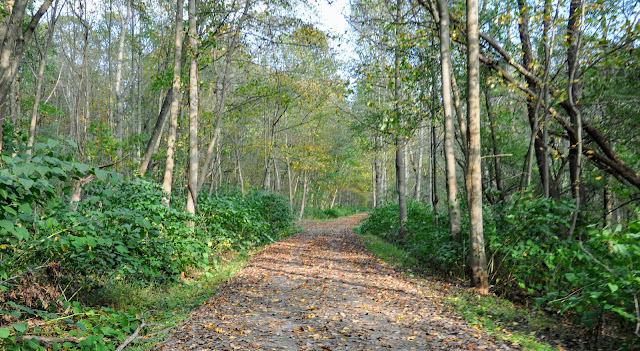