November brings great weather for hiking and biking, and if you head south, there are still lovely autumn leaves and scenic drives to enjoy. November's chill also reminds us the holidays are right around the corner. Start your holiday giving now by giving great experiences, the sort of ones that they'll remember for years after.

Start your exploration of the midAtlantic region with these ten great ideas for daytrip destinations in November!

November is the beginning of the best time to view waterfowl, which lasts through February. The refuge serves as an important resting and feeding area for migrating and wintering waterfowl. Wintering species includes tundra swans, snow geese, and more than 20 duck species, including the ubiquitous mallards, blue- and green-winged teals, wigeon, wood ducks, shovelers, mergansers, and pintails. 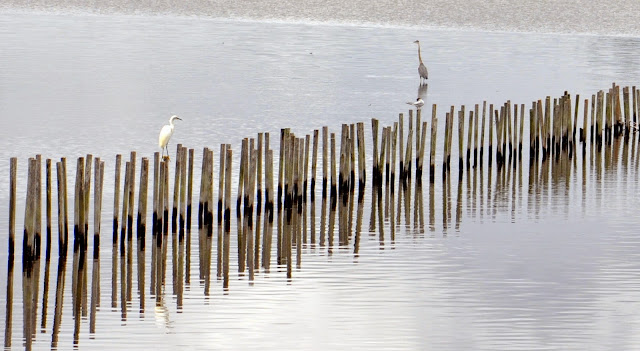 To read more about why a visit to the Blackwater Wildlife Refuge is so amazing, click here.


Cooler weather is always a great time to explore historic places, such as Eastern State Penitentiary, especially the ones that are not air conditioned. Refining the revolutionary system of separate incarceration first pioneered at the Walnut Street Jail, Eastern State Penitentiary emphasized principles of reform rather than punishment and was operational from 1829 to 1971. Eastern State finally closed its doors in 1971, after 142 years in use. While Philadelphia debated what to do with the facility, it lay virtually abandoned to cats and weeds, which became trees as nature began to reclaim her own. 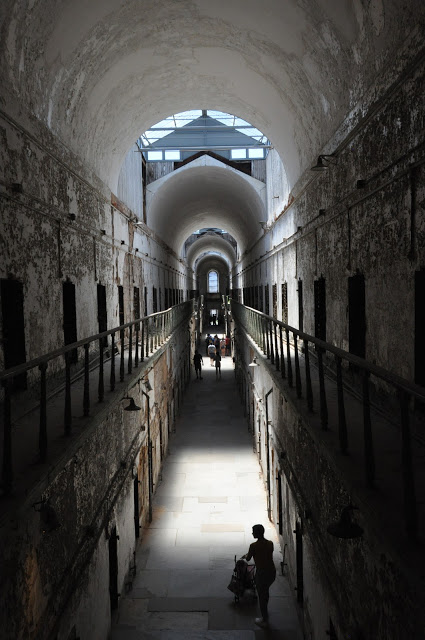 Click here to read more about Eastern State Penitentiary and what a daytrip to it would be like!


Another wonderful place to visit is Fonthill Castle (also unair conditioned). Built between 1908 and 1912, Fonthill Castle has more than 44 rooms, 18 fireplaces, 32 staircases, and more than 200 windows of various sizes and shapes.Mercer believed in recycling and reusing, so if he encountered at a sale an old window from an old house or church or other public building that he thought would fit his castle, he bought it and inserted it into his design. Thus, there didn't seem to be many windows alike, and often within a room there would be windows that didn't quite match the others. His castle seems organic, in that it seemed to have been designed from the inside out. The ceilings are sloped and rounded (all with tiles inserted), and few rooms are square or rectangular. 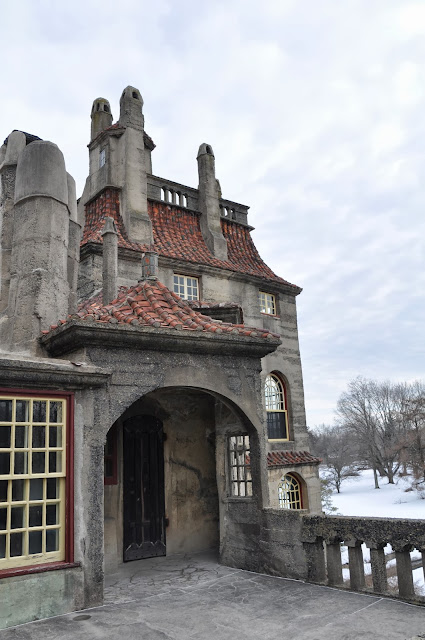 For more about a visit to Fonthill Castle (and learn about neighboring Mercer Museum as well, click here.


Late fall is a fine time to check out the place that was President Franklin Roosevelt's first choice for a presidential retreat: Sugarloaf Mountain, in southern Frederick County in Maryland, right on the Montgomery County/Frederick County line. The park offers hiking, picnicking, and a scenic drive around the mountain past views of the Monacacy Valley and the Potomac River. Try the short quarter-mile hike from one of the scenic overviews up to the summit of the mountain -- the green trail. Hind sight being 20/20, the red trail might offer a more gradual ascent. Hiking up the mountain, even that short distance (quarter mile), can be strenuous. There are several benches placed so hikers could rest; the green trail becomes very steep very quickly, and indeed, there are several flights of steps leading up the final ascent along an imposing rock cliff.

Plan your hike and learn what else is in the immediate vicinity here.


Cold Harbor is interesting for its earthworks, which was a fairly new innovation in the art of warfare; the earthworks preserved there are some of the best to be found anywhere in the United States, and stretched out for 7 miles. 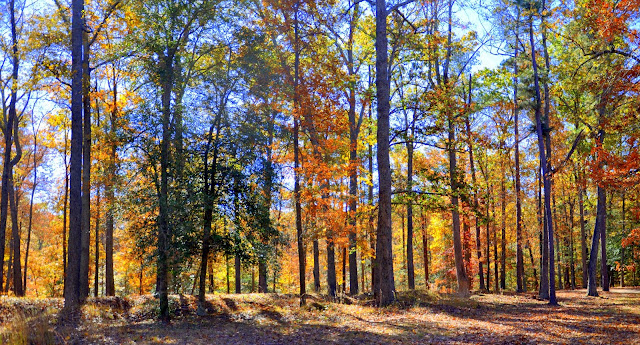 Autumn is the pefect time to explore Civil War sites in Virginia, now that the weather is cool enough to permit on-foot exploration and hiking around the battlefields! Click out this article for more information.


Visiting Assateague Island isn't just a summer day (or weekend) trip -- the island offers a lot of interest for all seasons. When the ocean-dipping crowds depart, the island really comes alive for me. Cooler weather means pleasant walks along the island trails, and of course, no bugs! Of course, it is best known for its herds of feral horses and pristine beaches. The island also offers numerous marshes, bays, and coves.

The ponies are hungrier for attention, too, in the coolers months, making November the ideal time to visit! 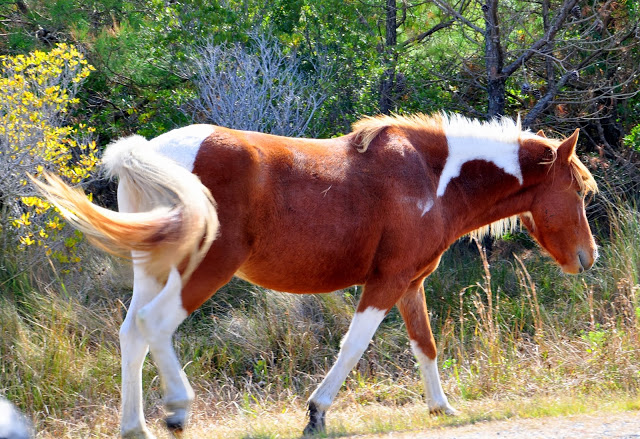 Plan your daytrip to this wonderful place with information found here!


Fort Monroe, the largest stone fort in America, is a decommissioned military installation in Hampton, VA on Old Point Comfort, the southern tip of the Virginia Peninsula. For at least 400 years, the point of land that now includes Fort Monroe has served as the key defensive site at the mouth of the Chesapeake Bay. Beginning with Native Americans' use years before the settling of Jamestown to its most recent mission as the US Army’s Headquarters for Training and Doctrine Command until 2011, Old Point Comfort and Fort Monroe has influenced all aspects of our nation’s history, and has been making history for 400 years, making it a great destination anytime of the year -- by why not in November? 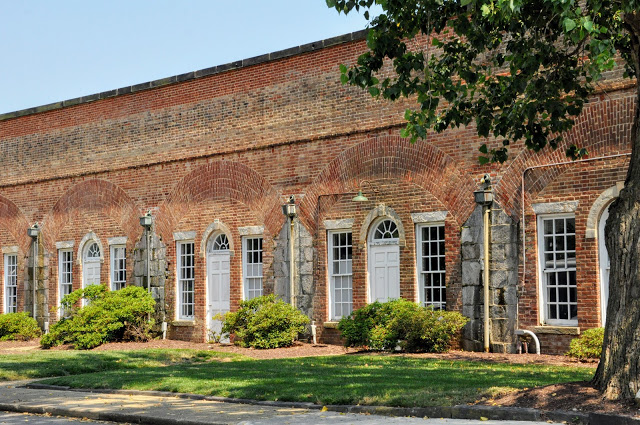 
Late fall is the perfect time to go on a barn tour, such as this one in Butler, PA. The late autumn color will still provide a lovely backdrop to these amazing old buildings. While you're out and about, be sure to take some time to stop by one of the many road-side farmers markets to take advantage of the harvest goodies! 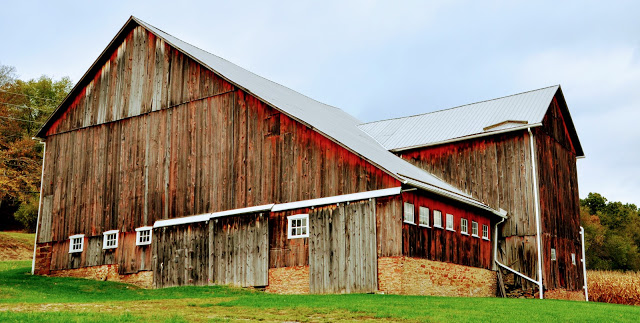 
River views are lovely all year round. The Riverwalk is one of those cool things that should happen but so seldom do. And when it does, it's wonderful! There's a riverside esplanade, a series of grass terraces and lawns, and an "eco-corridor" filled with native plants. Grab your bike or go for a walk along this lovely stretch of the Riverwalk! 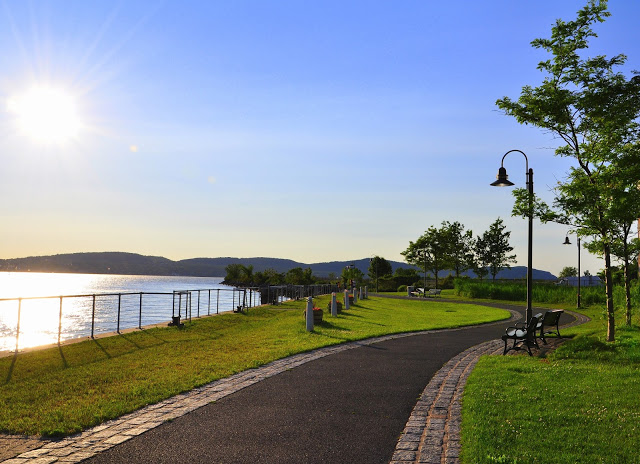 Plan your day along the Riverwalk by clicking here.


Anytime's a good time to learn a little U.S. history, but as the weather cools into early winter, it's still warm enough to enjoy walking the extensive trail system this historic park offers. Learn how the Continental Army entered Valley Forge a rag-tag army and left a fighting force to be reckoned with. 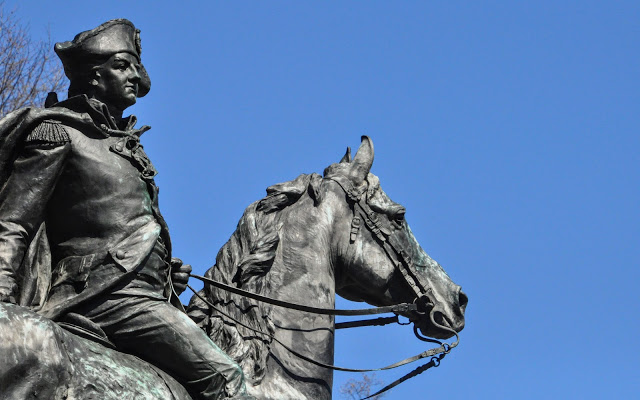