The Battle of the Crater was a battle of the Civil War, part of the Siege of Petersburg and the Richmond-Petersburg Campaign, fought between June 1864 and march 1865. Petersburg was an important goal for both armies: four railroad lines met there before continuing on to Richmond, and most of the Confederate Army's supplies funneled through there.

The Battle of the Crater took place on July 30, 1864, between the Confederate Army of Northern Virginia, commanded by General Robert E Lee and the Union Army of the Potomac, commanded by Maj. Gen. George G Meade (under the direct supervision of the general-in-chief, Lt. Gen. Ulysses S. Grant). 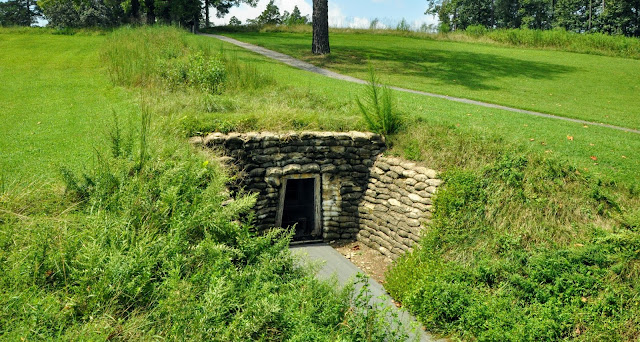 After weeks of preparation, on July 30, Union forces exploded a mine, blowing a gap in the Confederate defenses of Petersburg. From that success, the Union pulled a mess of a defeat. Lacking a coordinated plan of what to do AFTER the explosion, unit after unit charged into, rather than around the crater. Inside the crater bowl, the Union troops were mired in mud, blood and muck, easy targets for Confederate soldiers shooting at them from above the sides of the crater.

The Confederates recovered pretty quickly from the shock of the explosion, and launched several counterattacks. The breach was sealed and Union forces repulsed, inflicting severe casualties.

During this battle, both sides engaged in horrific war crimes. In the later stages of the battle, many of the Union casualties were black soldiers killed by Confederate bayonets and musket fire, even after they'd surrendered. (Confederate soldiers had received similar treatment from Union troops immediately after the mine explosion.) But even more horrifically, white Union troops turned on their black compatriots, bayoneting them mercilessly, because of their own fears of reprisal at the hands of the victorious Confederate troops. 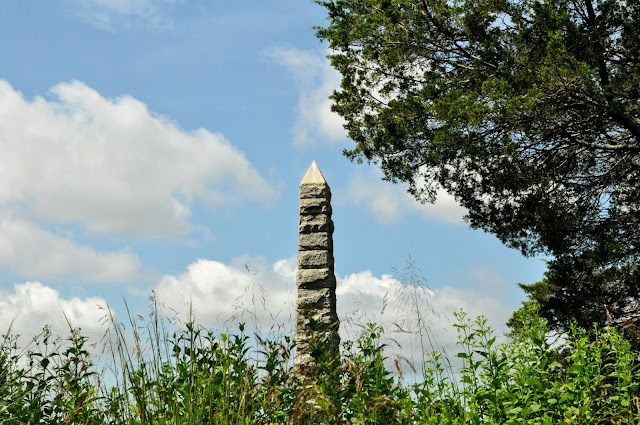 Grant labeled the assault "the saddest affair I have witnessed in this war." It certainly is a low point in military ineptitude and horrific treatment of other Americans. And it was a disaster for the Union forces.

Although the battle technically was a tactical Confederate victory, nothing changed. Both sides remained entrenched, in pretty much the same location as they were before. Although that mine explosion was Grant's best chance to end the Siege of Petersburg, this battle merely was a huge blip on what turned out to be another eight-month-long siege in the muddy and cold trenches. 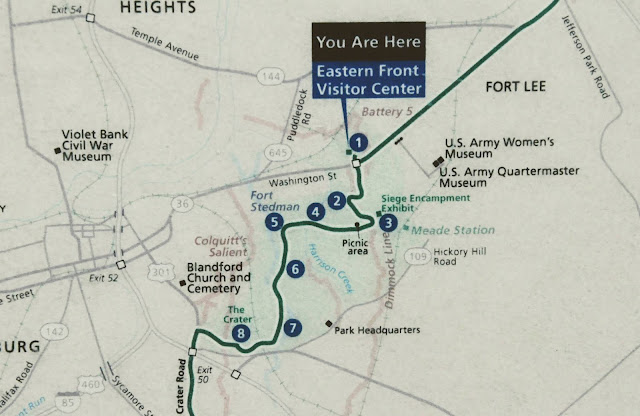 As you explore this battlefield, you'll want to do so both by vehicle and on foot. The northern/eastern battlefield tour starts at the park's visitor center, where you'll want to walk out to Battery 5 of the Dimmock Line, part of the 10-mile line of Confederate defenses around Richmond, and then down to see the famous Union mortar, "the Dictator." Then head out on the driving tour, stopping to do the short walks and hikes.

Now the landscape is grass covered, making it harder to imagine the chaos and mud that was the newly exploded crater -- it doesn't even look that deep. The day we were there, we were the only ones there. It was quiet, birds sang in the trees. We saw butterflies flitting from wildflower to wildflower. We walked along the pathway, listening to the recordings on the informational signs, before continuing on to visit the western battlefield driving tour. Next week, we'll talk about what happened to the men and boys who died on the battlefield, and visit the hallowed ground where these Americans are now buried.