I've visited Bilger's Rocks twice now. The first time was cold, icy and foggy, and in February. But I was fascinated by this rock formation. It was fun exploring from on top, looking down into the crevices. But this second visit was all about experiencing it from within the rock formation itself. 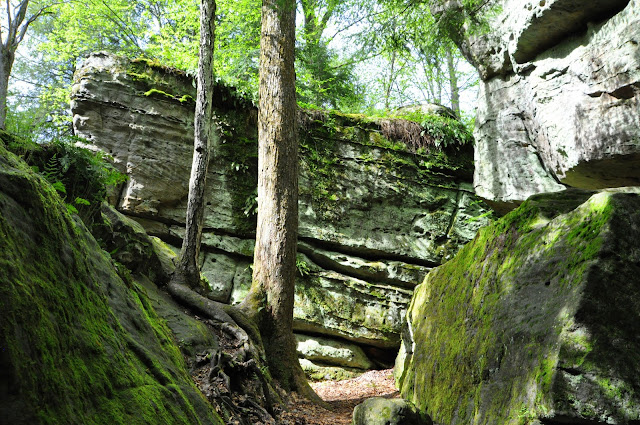 When I visited the first time, it rained and rained and rained. I couldn't explore the crevices because ice and snow made the rocks slippery. And then my camera jammed. I barely was able to cobble together the blog post because of all the bad luck! I vowed to return, and in May I was able to. 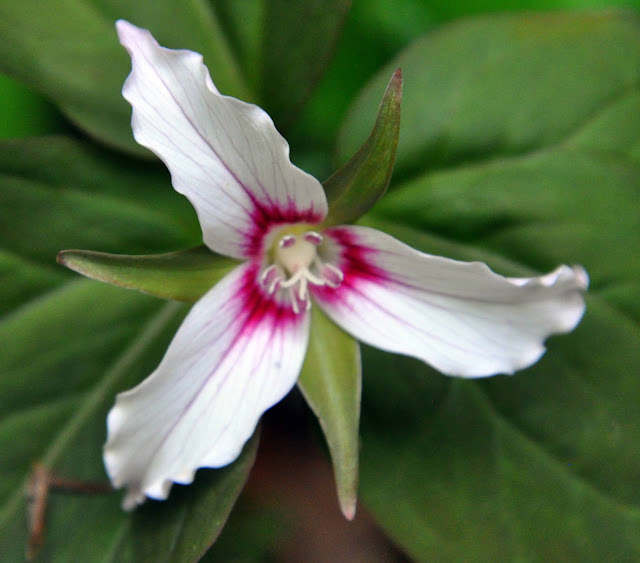 Bilger's Rocks is a massive, 300-million-year-old rock formation in a county park in Clearfield County, PA. The formations tower up to 50 feet above ground level. 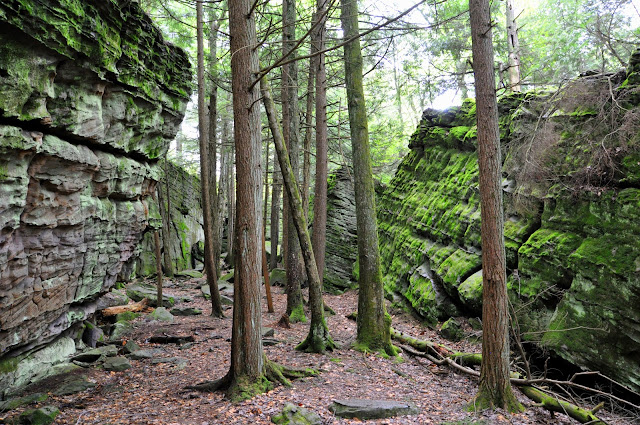 The most striking feature about Bilger's Rocks are the various openings, crawlspaces, passageways, and arches found throughout the outcrop. Some of the crevices are only a few inches wide. 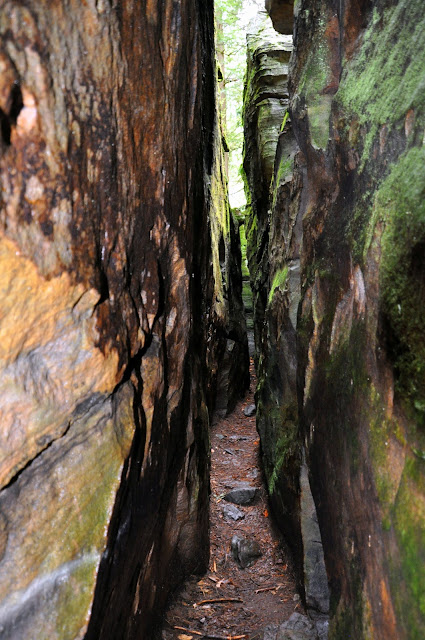 Whether you approach it from on top, as we did in February because of the rain and ice and snow still hidden in the fissures (what doesn't see the sun won't melt quickly) or from below to explore the maze of caves and walk ways leading to mysterious "rooms" named Devil's Dining Room" and "Devil's Kitchen," this is one of nature's marvels. 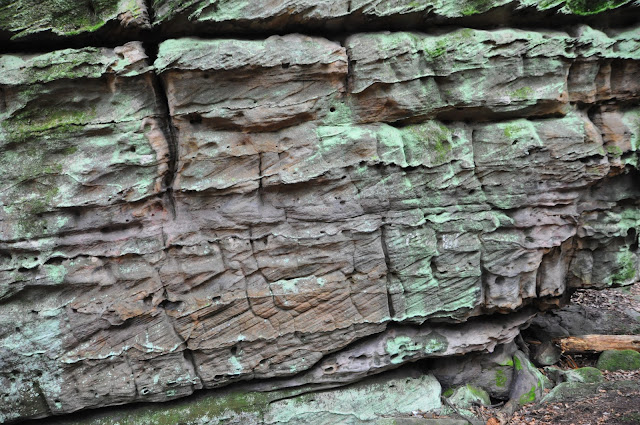 When I returned to explore this amazing place, it lived up to my expectations.

When I went into the formation, I found myself getting lost in the crevices. It was a wonderful experience -- mostly because it was unlikely that we could actually get lost: just a shout out would have had folks come running to help. 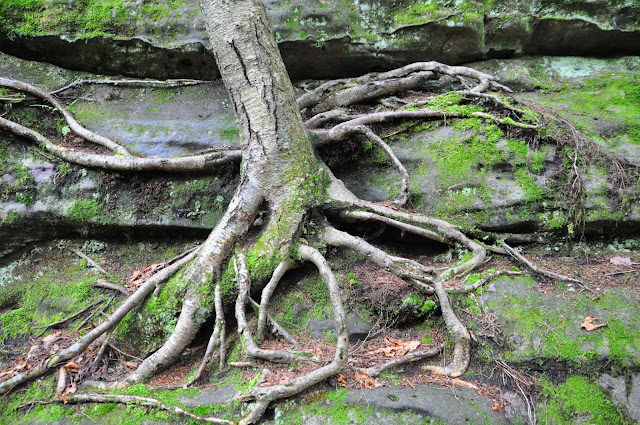 A lovely day, I had lots of company in the rocks -- families, couples, and kids exploring the crevices, rooms and caves. This is not where you'll find solitude (unless you go early morning). But even so, I frequently found myself alone in any given area. 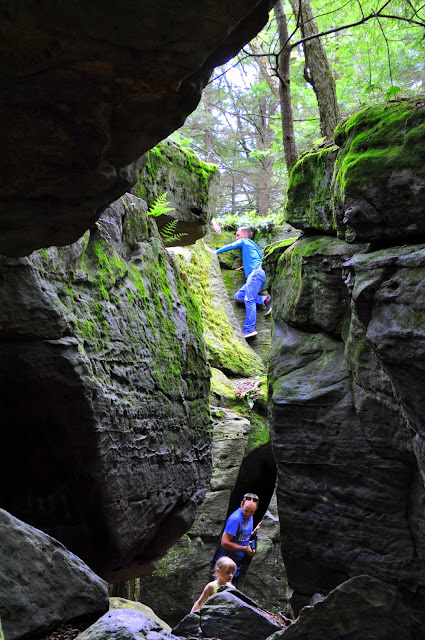 Know before you go: Go with friends and stay together -- there are some slippery sections, even on a beautiful day. You'll want company. 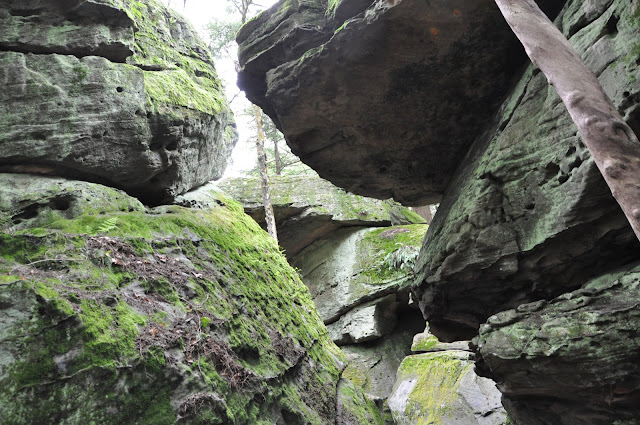 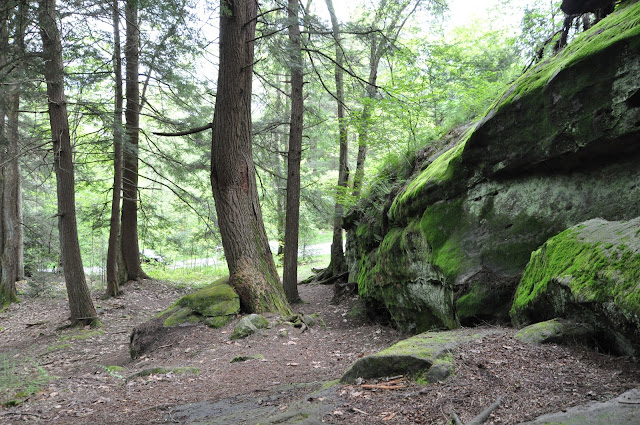