I went up to York, PA recently to explore the city. I was surprised by the murals I kept encountering, seemingly around every corner. 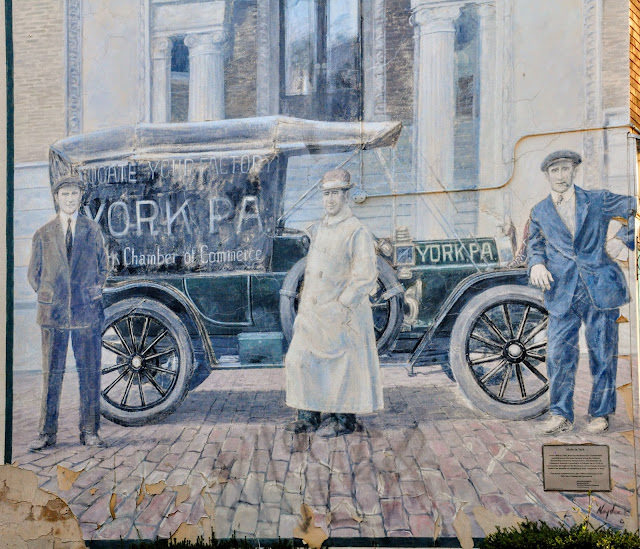 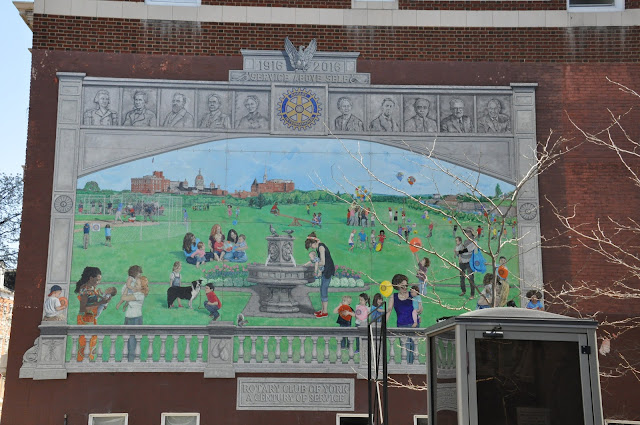 Sure, there are boutiques and antiques stores, art galleries, some really nice restaurants, and plenty of history -- all this makes York a fun daytrip destination! The murals were the icing on York's cake, so to speak. 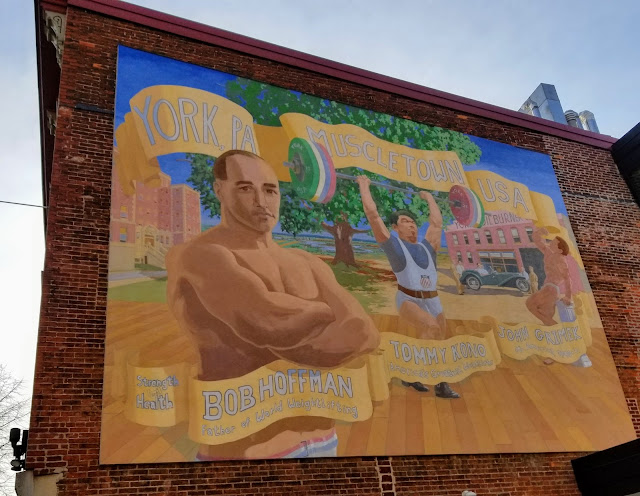 Exploring the murals reveals the history and people of York.

Turns out there are some 18 murals painted on the sides of buildings in York's downtown area between 1996 and 2002, a series of  16 "mini-murals" based on the sketches of Lewis Miller (which he drew in the early 1800s), and then, most recently, 6 murals in the Royal Square Arts District that were painted over one weekend in 2017. Paid for with local donations, the murals highlight the vibrancy of York. 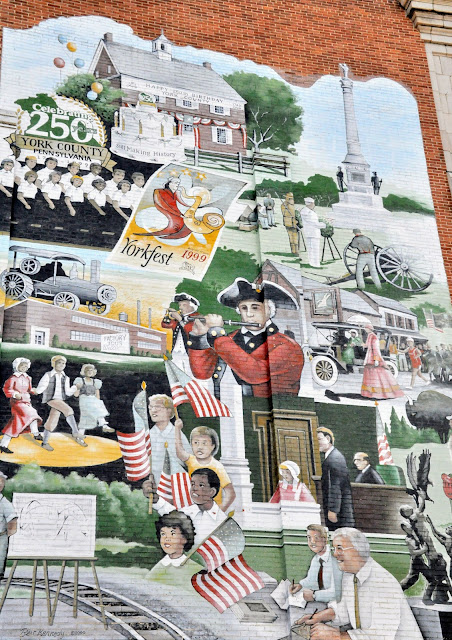 As my husband and I drove out of York to head back home, we noticed a lovely mural of a tree on one of the churches. It had been a long day, so we didn't stop to take photographs. But I took the point to heart: York has many more "hidden" murals that we didn't get to see and enjoy. Can you find them all?

The mini-murals were copies from a book by Lewis Miller; these mural images were projected on the wall via an overhead projector at night and sketched, for painting during the day. 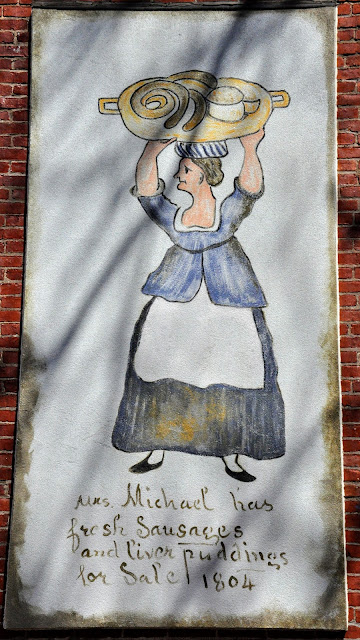 A York native who lived between May 1796 and September 1882, Miller was a Pennsylvania Dutch folk artist, noted for his watercolors of historical and every day events. 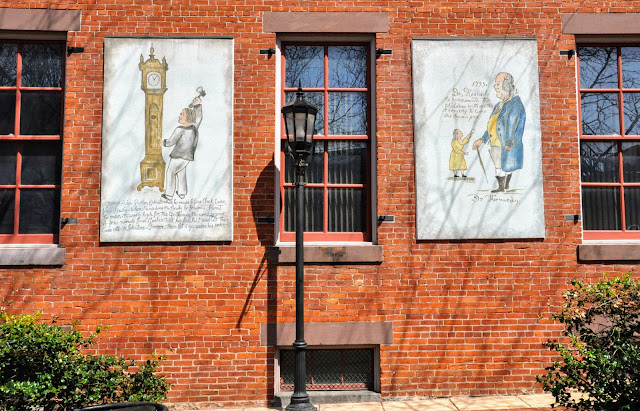 A carpenter by trade, he kept several journals throughout his life which he filled with simple watercolors, richly embedded with text and captions chronicling life in the early and mid-19th century. His work is most notable for its depiction of life of ordinary people in rural Pennsylvania Dutch country. It is of special interest to historians for its depictions of everyday life and insight into local culture and customs. 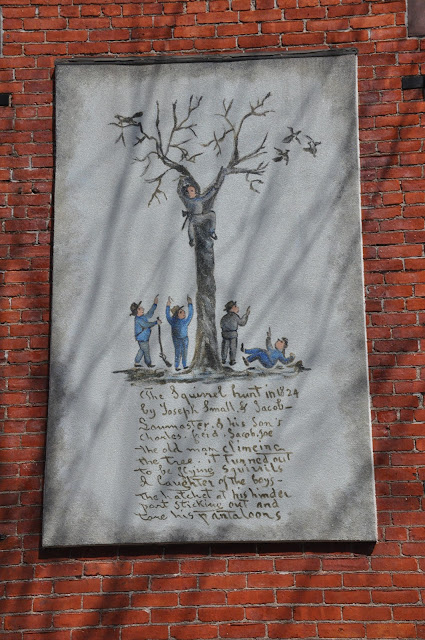 The mini murals are funny but also show serious scenes about the life back in the 19th century. Some mini murals bear Miller's writing in both German and English underneath them. Most Yorkers spoke at least some German in the 18th and early 19th centuries. One mural shows him at work in his carpentry shop. He had hundreds of drawings in his journal. Even though the mini murals are larger than life-sized drawings, they are still smaller than the other murals of York. Some of them are featured in Cherry Lane park, and on the side of the town's Central Market house. There are 16 mini murals in all. 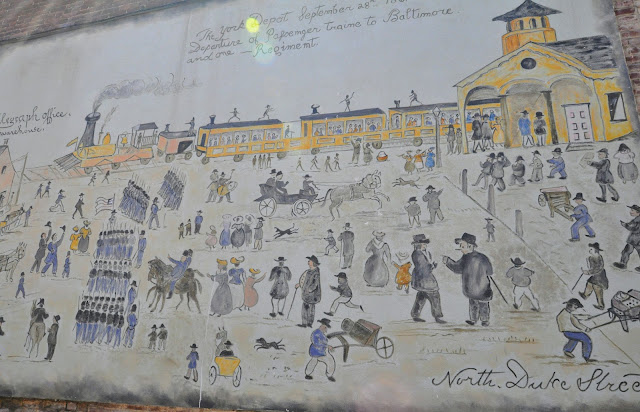 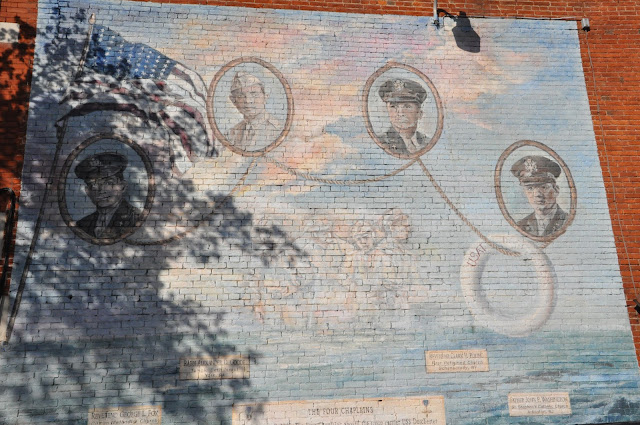 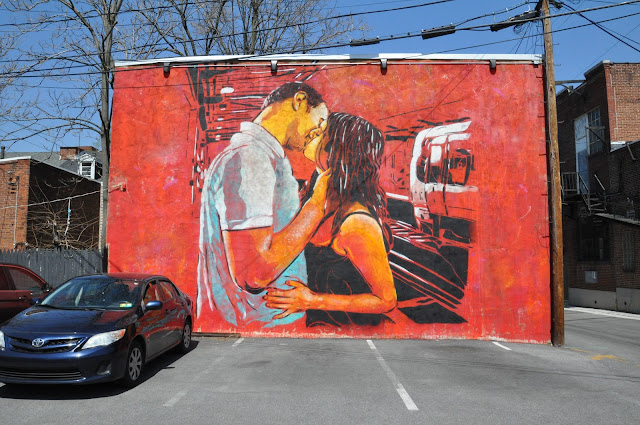 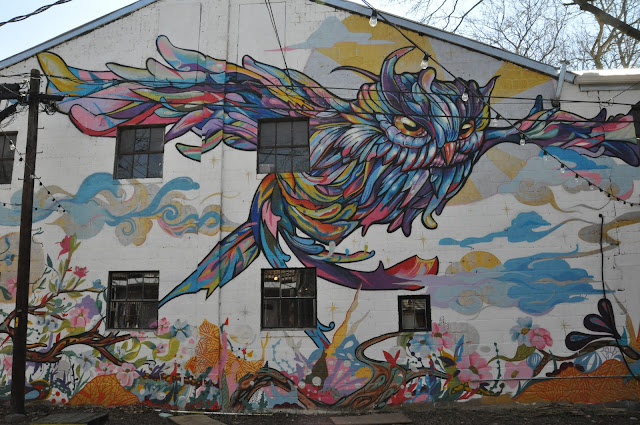 Non-historic surfaces were selected (cinder block, stucco), which helps maintain the character of the neighborhood. 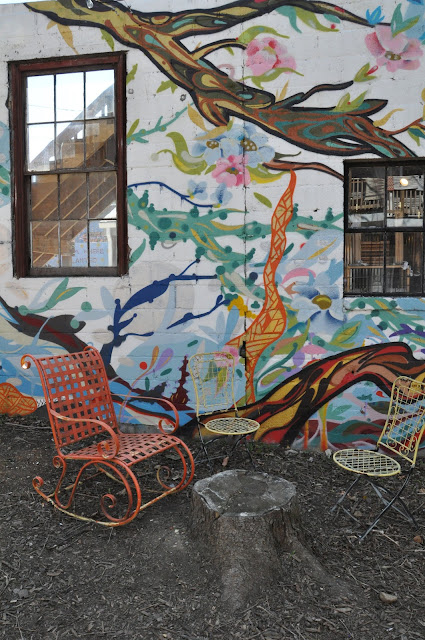 There are a couple of other murals we noticed, as well: a neat tile mural on the second floor of the York Water Company's building. 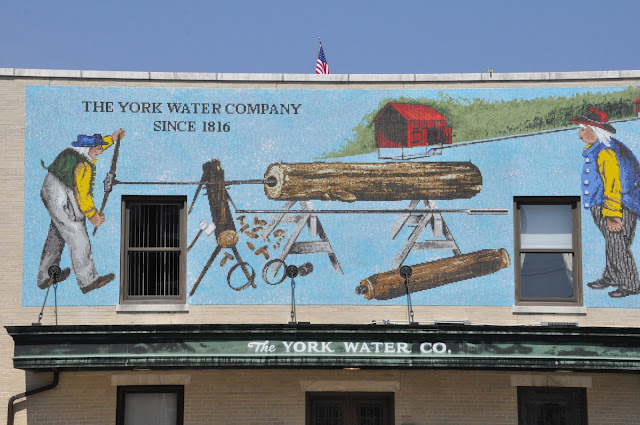 Know before you go: There are three parking garages downtown. If you’d like to park in a garage and walk, the Philadelphia Street Garage is the most central option. Parking Garages are free on Saturdays and Sundays. 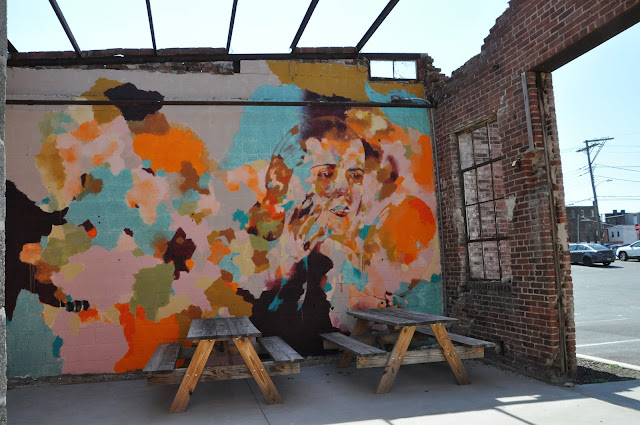 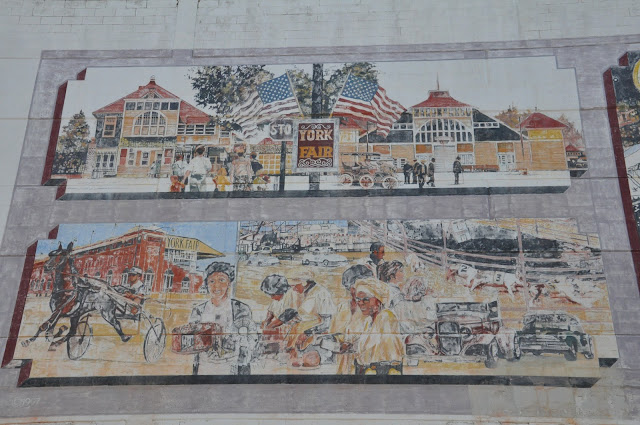