These first years saw starvation: in 1609 there were some 300 colonists but they faced a lack of local food and little replenishment of supplies from England, which, combined with their inability to cope with disease decimated their numbers. By the time spring arrived in 1610, only 60 were alive. 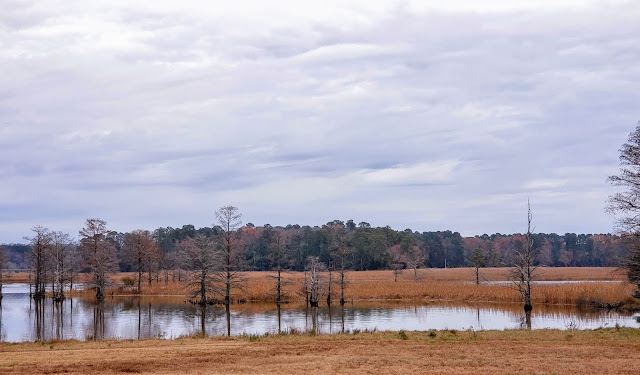 New colonists arrived, and the community figured out how to be successful. Soon the colony thrived, becoming the capital of the colony of Virginia. In 1699, the capital shifted to higher, safer ground in Middle Plantation -- now known as Williamsburg. No longer the capital of the colony, Jamestowne rapidly declined, becoming farmed by several families. During the Revolutionary War, it served as a military outpost. By the Civil War, it was only farmland, and it remained so until the last decade of the 19th century, when efforts to preserve Jamestowne began in earnest. 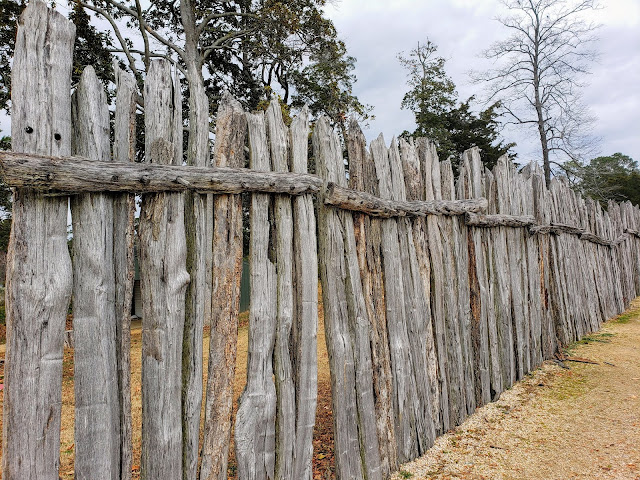 Historic Jamestowne now is preserved as the cultural heritage site that was the location of the 1607 James Fort and the later 17th century city of Jamestown. That's the straight-up description of the place. But that doesn't begin to describe a visit to Jamestowne Island. 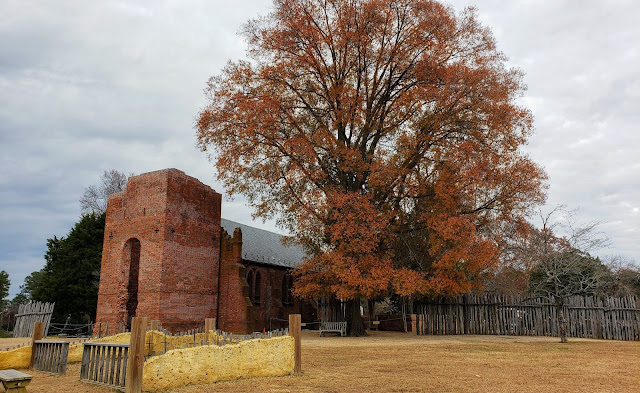 First off, Historic Jamestowne is primarily an archeological site. Ongoing excavations are still revealing the site's secrets, and in various places, you can see what the excavations have revealed.


Of course, there's Civil War history (seriously, I defy you to name a place in Virginia that doesn't offer Civil War history). But in 1862, the site became Doller's Point Battery, a Confederate earthworks during the American Civil War intended to protect Richmond against Union gunboats coming up the James River.

You can learn about Pocahontas and Captain John Smith, and can take selfies with Pocahontas' statue.

Or you can try to solve the mysterious death of a young girl. Was she killed so other, wealthier, higher-status colonists could eat? Her. Eat her?! So yeah, cannibalism. 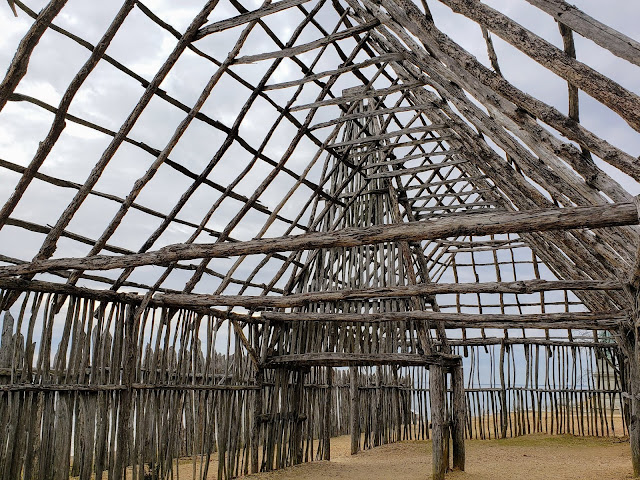 Yeah. Wow. Historic Jamestowne turned my understanding of the first colonists upside-down. These were people living on the edge. 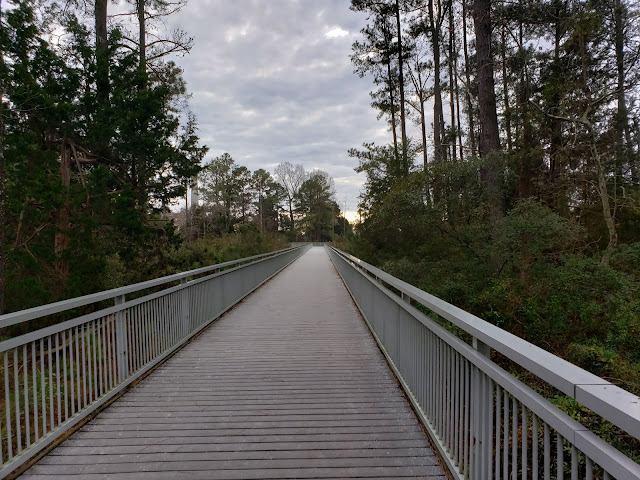 To enter Historic Jamestowne, you must first walk through the museum, which sets the stage for an understanding of Jamestowne and the historic significance of the first English colony in North America. The first colonists literally changed the world. The museum discusses the impact of the new arrivals on the continent. The museum also points out that the coming together of three distinct cultures in Jamestown changed the destinies of all three: the Europeans, who sought wealth but found instead hardship and, more than a few of them, death; the Powhatan, who fought to preserve their way of life; and Africans, who were enslaved and sought freedom. Neither the enslaved Africans nor the Powhatan had much choice in this culture clash.

There are several monuments, but the real focus of Historic Jamestowne is the archeology and preservation of this historic site. 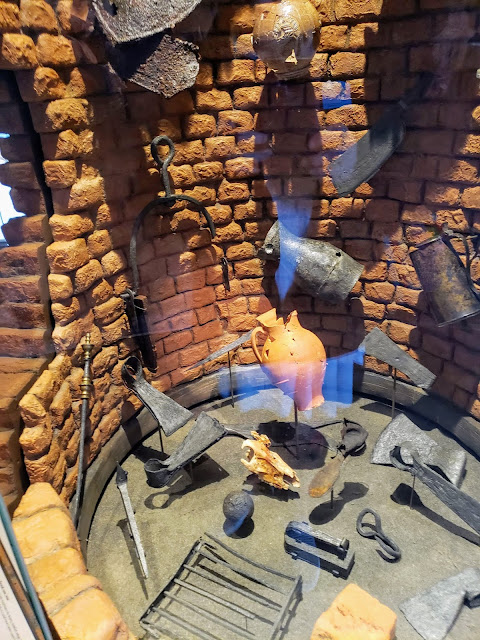 The Voorhees Archaearium is just a few hundred yards away from the location of the church and fort, where the original statehouse was located. It is filled with excavated artifacts and exhibits about Jamestowne. Several portions of the museum's floor are glass panels, which reveals the foundations of the former statehouse. It's a must-see part of your visit to Historic Jamestowne. 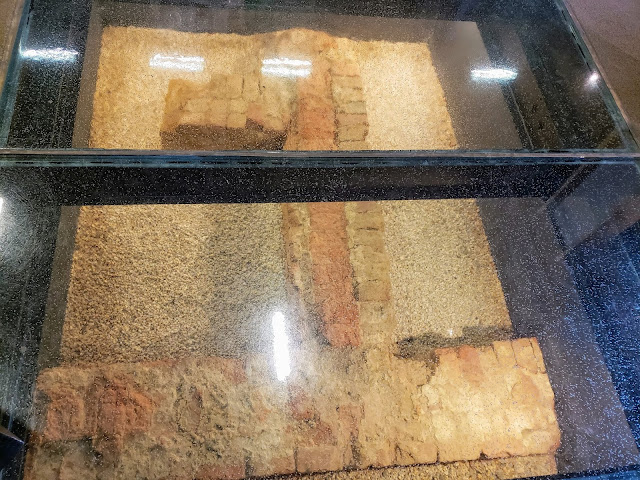 A Woman of Legend: Pocahontas

As a little girl, I was sooooooooo disappointed when I learned that Pocahontas didn't marry the dashing, romantic figure of Captain John Smith, and instead married some dude named John Rolfe. I was an avid reader (this was well before the Disney cartoon movie) and enjoyed reading what I realize now was a fictionalized and romanticized biography of Pocahontas.

Her real story is somewhat darker. Pocahontas was the daughter of the Powhatan chief.

There is no record or confirmation that she ever saved Smith's life, and he was somewhat of a self-promoter interested in spinning stories that glorified the danger he survived and his adventures. Smith's first accounts of his captivity by the Powhatan do not mention Pocahontas, although a later recounting does describe his brush with death and how Pocahontas saved him. However, it's also worth noting: in his later writings, he describes almost exactly the same sequence of events, except this time at the hands of the Turks.

But there is speculation that Pocahontas was married to a man of her tribe, and already had a child, when the colonists kidnapped her in 1613. While in the custody of the colonists, she was converted to Christianity and changed her name to Rebecca. When she was allowed to return to the Powhatan, she chose instead to remain with the English, and then subsequently she married John Rolfe.

Eventually the Rolfes returned to London to raise funding for the still-struggling colony. On her way back but before leaving England, she became ill, and died. It's a sad story.

The mystery at Jamestowne is whether the colonists could have -- or would have -- eaten a 14-year-old girl during the "starving time." It seems rather horrifying, and for a long time (hundreds of years), contemporary or nearly contemporary accounts -- a half-dozen or so different accounts -- by individual who either lived during that time or had spoken to colonists who did -- were dismissed. But in 2012, human remains were unearthed that provide confirmation of those accounts describing acts of cannibalism the winter of 1609 to 1610.

The accounts detail reports of corpses being exhumed and eaten, a husband killing his wife and salting her flesh (for which he was executed), and the mysterious disappearance of foraging colonists, presumed to have died and been eaten (or worse, killed so they could be eaten).

The starving time nearly ended the colony, which was riven by internal dissent, under attack by Powhatan Indians and short of food almost from its founding in 1607. In November 1609, 300 people inhabited the fort. By the time the weather warmed up for spring, only 60 remained. The girl, likely the daughter of a colonist, was one of the casualties. It's also likely that her family, who would have protected her -- or her corpse -- died before she did. Low status and unprotected, she was fair game.


Know before you go: Historic Jamestowne is adjacent to and complementary with Jamestown Settlement, a living history museum built run by the Commonwealth of Virginia to interpret the early colony. 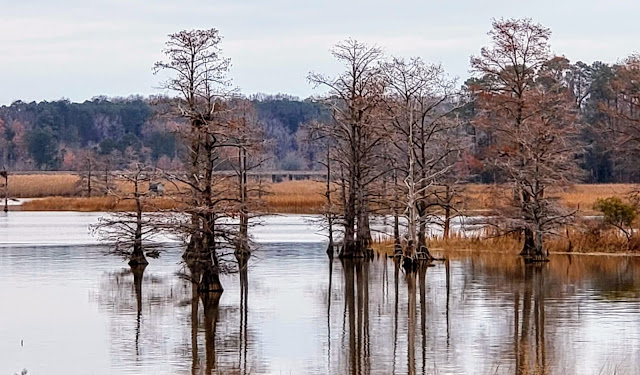