Walking on History Along the Old Main Line Trail

It's always exciting to discover something close to home that I'm definitely going to go back to visit, over and over again.

That happened when I discovered the Old Main Line Trail, a trail in Daniels Area of the Patapsco Valley State Park, a park that follows 32 miles of the Patapsco River between upper Howard County and Baltimore. Everyone should live near a state park that's wonderful to visit and revisit! 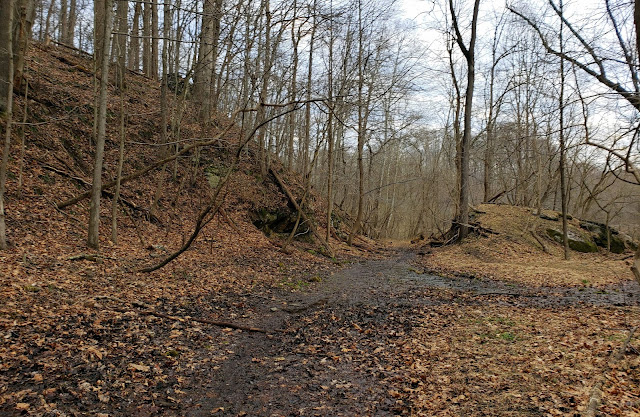 The Old Main Line is still an active railroad line owned and operated by CSX Transportation. It runs from Relay (outside Baltimore) west to Point of Rocks, through Ellicott City and, of course, Daniels, Maryland's very own ghost town. The Old Main Line was once the main line of the Baltimore and Ohio (B&O) Railroad, one of the oldest, if not THE oldest, rail lines in the United States.

Parts of the original railroad bed form the Old Main Line Trail within the state park; moorings for the railroad bridges, washed out by the remnants of Hurricane Agnes in 1972, still remain in the river and along the river shores. The trail follows the river pretty closely and is almost entirely flat, an easy walk in the woods. You are, literally, walking on history. 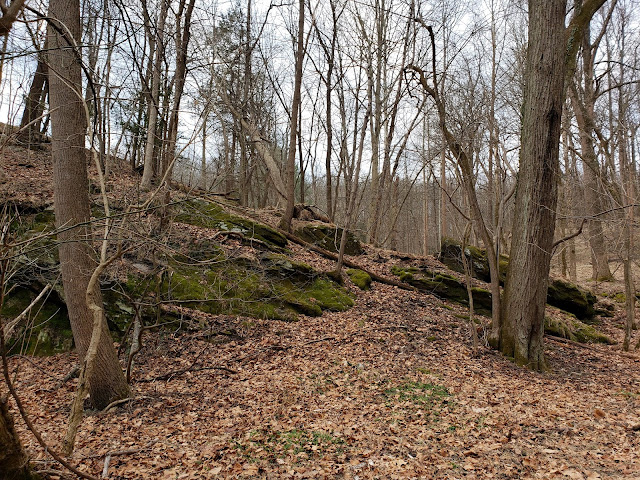 The initial route of the Baltimore and Ohio Railroad (B&O) followed the Patapsco River valley west out of Baltimore, with the first section (to what is now Ellicott City) opening for service in 1830. 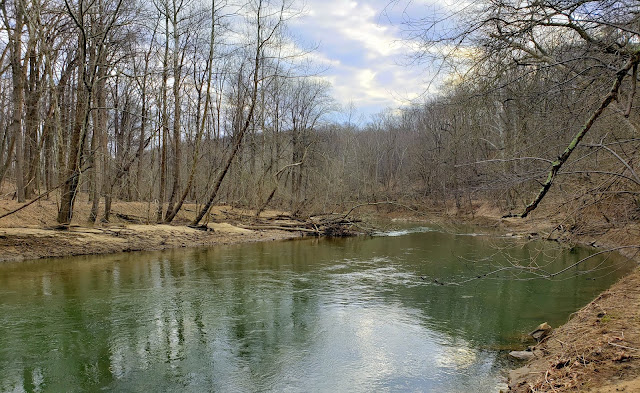 The initial design of the B&O incorporated a number of designs, such as minimizing elevation changes but not smoothing out curves. As the engineering technology and knowledge developed over the next century, bridges and tunnels were constructed to eliminate some of the sharp curves. The unintended but welcome consequence was that stretches of the original railroad bed was abandoned.


Now serving as a rail trail for bikers and hikers, the Old Main Line Trail is possibly the first rail trail in the U.S. Please note, I'd only take a sturdy mountain bike on this trail -- I'm not sure my Trek hybrid would navigate the trail well (or perhaps it would, but the rider isn't skilled enough). 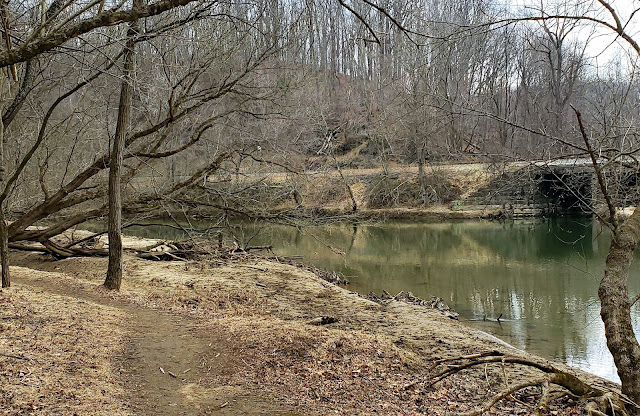 The Old Main Line is still an active rail road, traveling on the opposite shore of the river in the early part of the hike; at one point, the trail actually crosses over the active tracks to continue along the river. 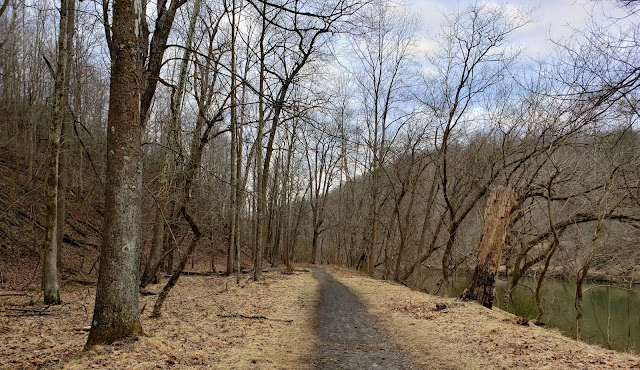 When the original railroad bed was abandoned, artifacts of the railroad were left behind. Unknowingly, we walked over the granite stringers, which helped us navigate a particularly muddy part of the trail. Not understanding their significance, I didn't photograph them, but they weren't particularly compelling anyway: long stones, neatly lined up, in what is now a mud puddle. 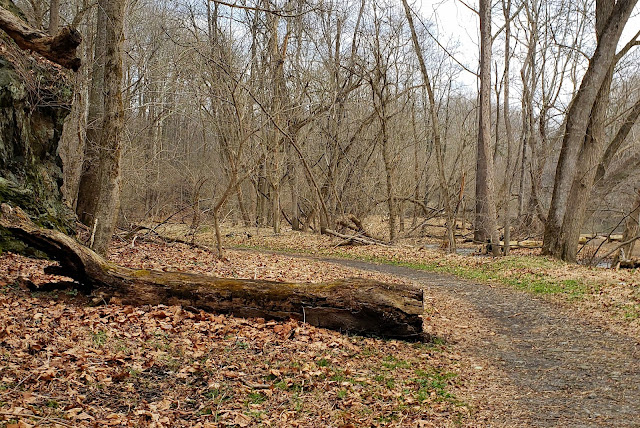 The rail artifacts remain because much of the river valley, through which the Old Main Line ran, became part of the Patapsco Valley State Park. In fact, the area along the line contains an uncommonly large range of early 19th century railroad artifacts and structures. 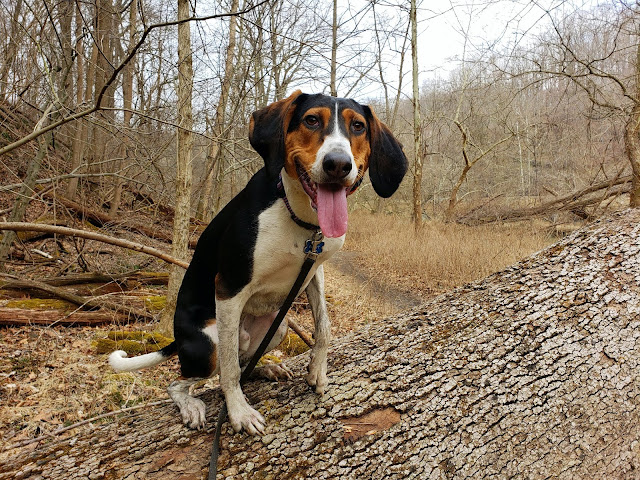 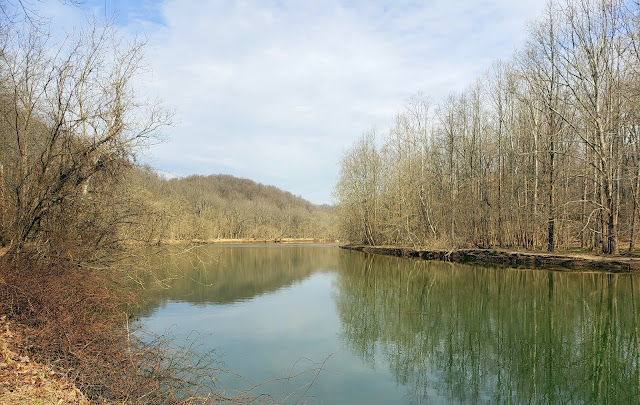