There is America pre-9/11 and America post-9/11, and a world of difference in between. The targets of the 9/11 terrorist attacks were the World Trade Center in New York City, the Pentagon in Washington DC and, most likely, the Capitol Building -- symbols of America's financial, military and political influence on the world.

The magnitude of the September 11th tragedy continues to affect the world, but it is important to remember those impacted the most are the family and friends of those who died that day. To help us remember, a number of memorials are dedicated to honoring the victims of the 9/11 terrorist attacks, including at the three sites where the planes went down: New York City, Pentagon, and Shanksville.

Each of the memorials takes a different approach to memorializing the victims and events, reflecting a variety of symbolism and architecture. The one thing all them memorials have in common are the lists of names of those who died.

The Pentagon Memorial, located just southwest of The Pentagon, is a permanent outdoor memorial to the 184 people who died as victims in the building and on American Airlines Flight 77 during the September 11 attacks. 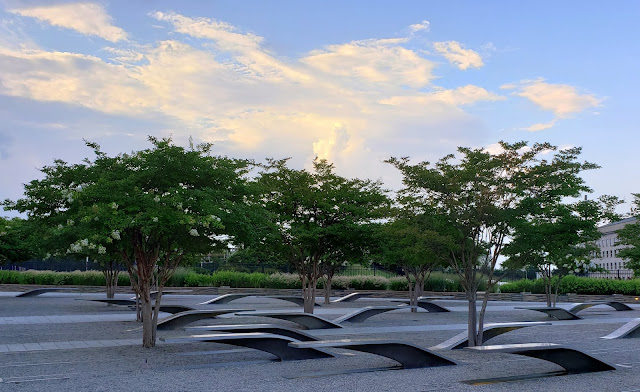 The memorial consists of 184 illuminated benches, arranged according to the victim's ages, starting with Dana Falkenberg, age 3, to John Yamnicky Sr., age 71, in a landscaped copse of crepe myrtle trees. Each bench is engraved with the name of a victim. The benches representing the victims that were inside the Pentagon are arranged so those reading the names will face the Pentagon's south facade, where the plane hit; benches dedicated to victims aboard the plane are arranged so that those reading the engraved name will be facing skyward along the path the plane traveled. A shallow lighted pool of flowing water is positioned under each memorial bench. 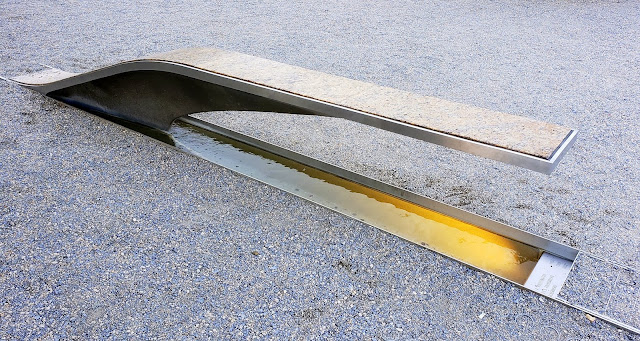 While you're there, you can dial in to a brief walking tour around the memorial.

This memorial, located at Baltimore's World Trade Center, features artifacts from the attack sites, including from the Twin Towers and the Pentagon. Built to honor the extraordinary heroism, commitment and sacrifice of Maryland’s 9/11 victims, rescuers, first responders and their families, this memorial provides a place to contemplate the events and they changed our lives and perspective and to remember and reflect upon the tragedy. Most of the artifacts are located on the 27th floor of the Baltimore World Trade Center -- the observation deck, where you can also enjoy a 360-degree view of the city below. 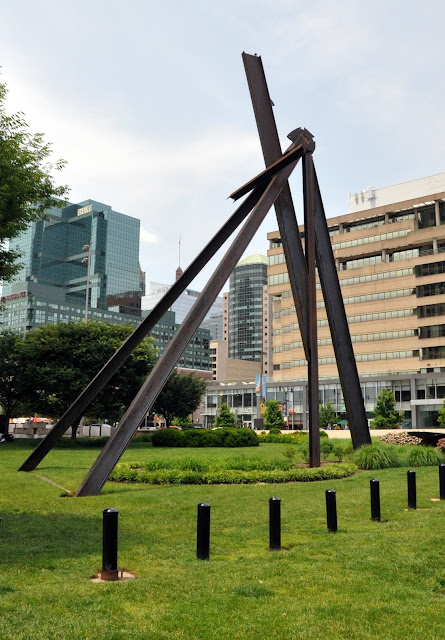 Most noticeable is the twisted metal structure from the Twin Towers. Across a small plaza is a marble list of the names of Maryland victims. 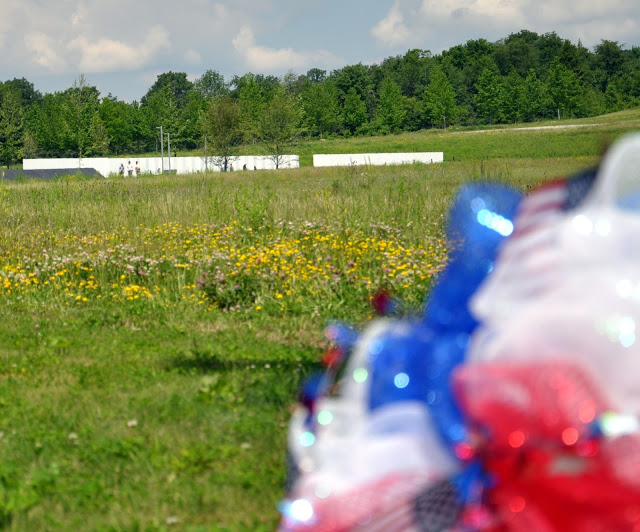 Flight 93 National Memorial is the nation's permanent memorial to the 40 passengers and crew of Flight 93. It's their final resting place and their remains are still present. The crash site is bordered by the Memorial Plaza. Most recently, a bell tower has been built, the last part of the planned memorial.
The Memorial is touching and despite how lovely the day was, felt solemn. A cell phone tour guided us through the history panels. As we walked along the memorial plaza out to the Wall of Names, we passed little shelves, filled with tributes others have offered in tribute to the crash victims. We continued walking past the boulder set out in the meadow, marking the spot of the main impact. The Wall of Names lists a name of one of the passengers or flight crew on each white marble panel. We walked slowly past each panel, reading the name on each one. 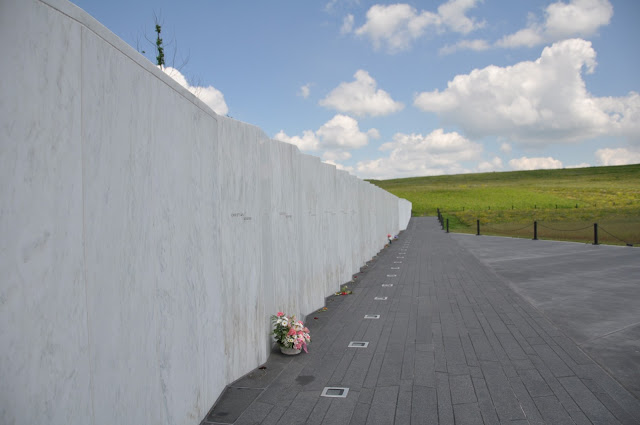 Immediately upon arriving at Liberty State Park, you will notice the beautiful memorial to 9-11 victims. Located right across the Hudson River from Manhattan, people gathered that morning to watch the events as they unfolded. 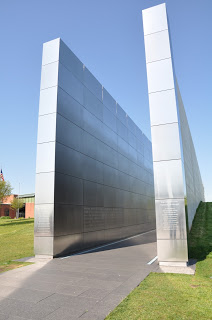 "Empty Sky" is the official New Jersey September 11 memorial to the state's victims of the September 11 attacks on the United States. Twin walls transect a gently sloped mound anchored by a granite path that is directed toward Ground Zero. This memorial is dedicated to New Jersey’s 749 innocent loved ones who were violently and senselessly murdered that day at the World Trade Center, the Pentagon and in Shanksville, PA. Empty Sky remembers those lost while simply and powerfully connecting New Jersey to Ground Zero.

The memorial, located on the site of World Trade Center, is startlingly simple: a grove of swamp white oaks with two square reflecting pools marking where the ill-fated Twin Towers had stood; water falls from the parapets down to the reflecting pools and then down again in the center. You cannot see, from any angle, the bottom of that innermost waterfall, an unfathomable deepness, a reflection of the absence of the buildings and the victims themselves. 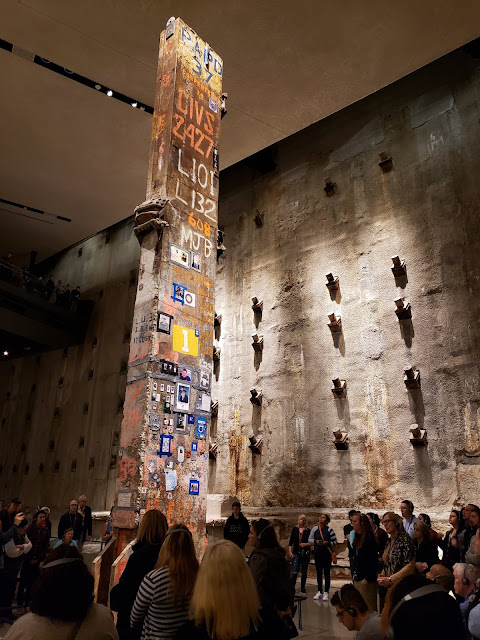 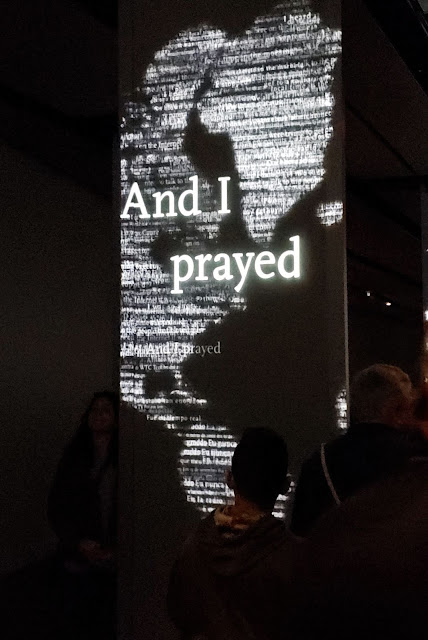