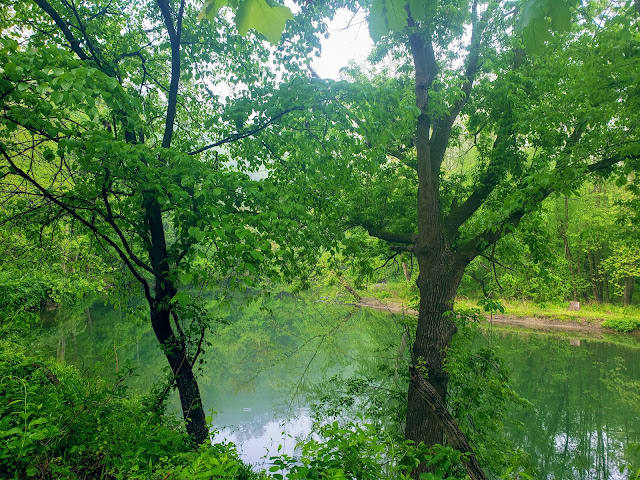 Hiking along the Old Main Line in Patapsco Valley State Park is one of my favorite hikes, and I've visited repeatedly, but, it seems, always during the winter. 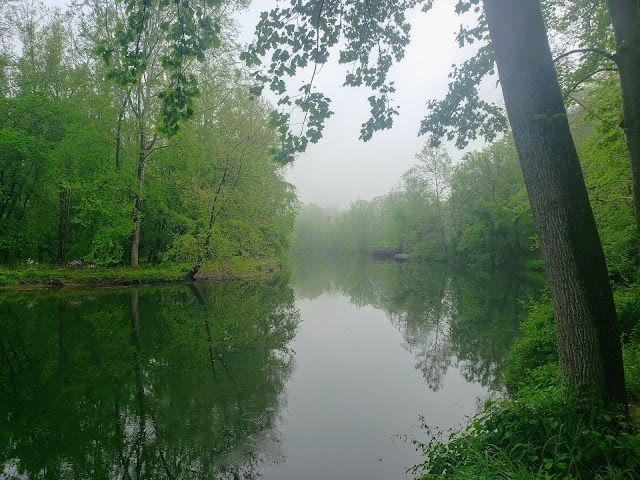 This time we returned just as summer was setting in, and everything was green, green, green. It was lovely! As we walked along the Patapsco River, trees leaned over to kiss the water. 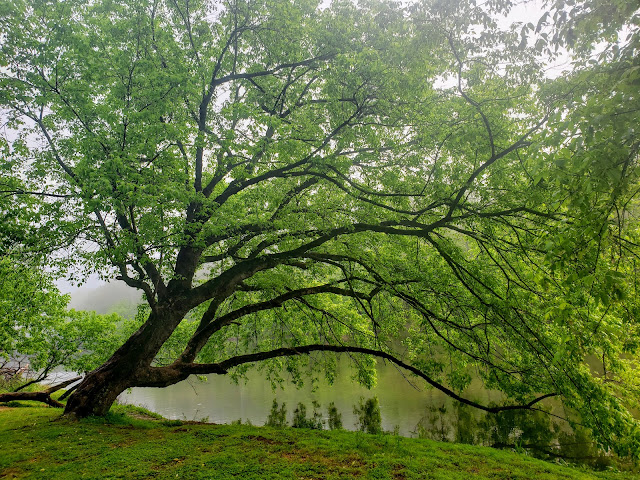 Fog from the warm night was still lifting, making our first moments feel as if we were slipping into a mysterious world. Rain from the night before still sprinkled on our heads whenever the breeze touched the leaves. 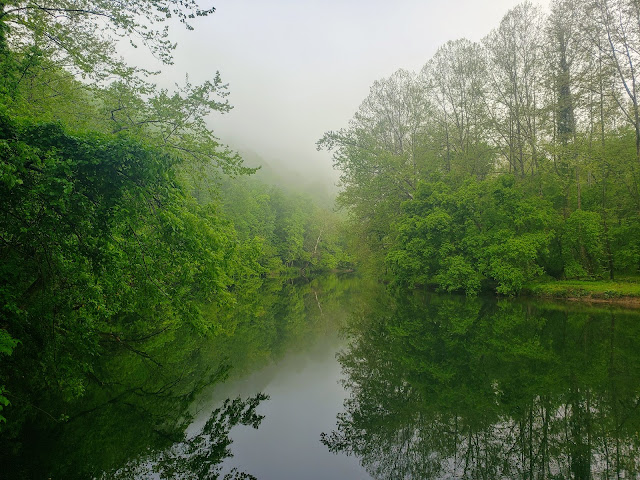 When the path forks, go to the right, along the river. Both trails lead to the same place, but the rail trail is nearly unpassable because of the muddy puddles and it diverts briefly away from the river, so the rougher trail by the river is prettier, as well as more passable. 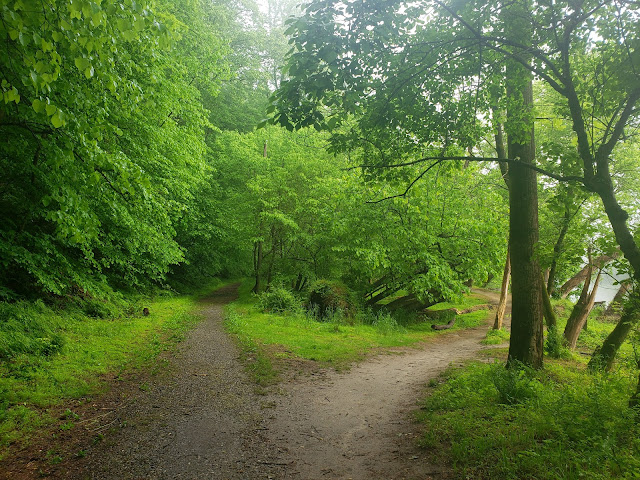 Lots of wildflowers hid along the trail, including a pretty little light lavender daisy, called Fleabane Daisy. We also saw ubiquitous buttercups and a few Jack in the Pulpits. It's always a good idea to look down while you're hiking -- you're not going to notice the wildflowers otherwise, or the snakes or frogs, both of which we saw on our hike. 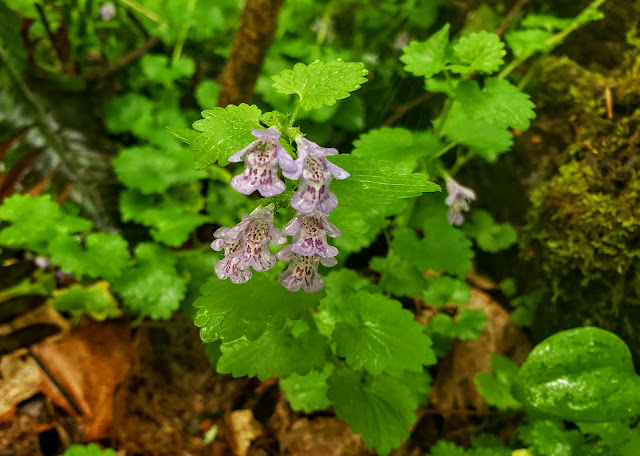 We got to see this little Jack in the Pulpit, formally known as Arisaema triphyllum. I thought it was cool to discover its other common names: bog onion, brown dragon, Indian turnip, American wake robin and wild turnip. I kinda prefer Jack int eh Pulpit, don't you? 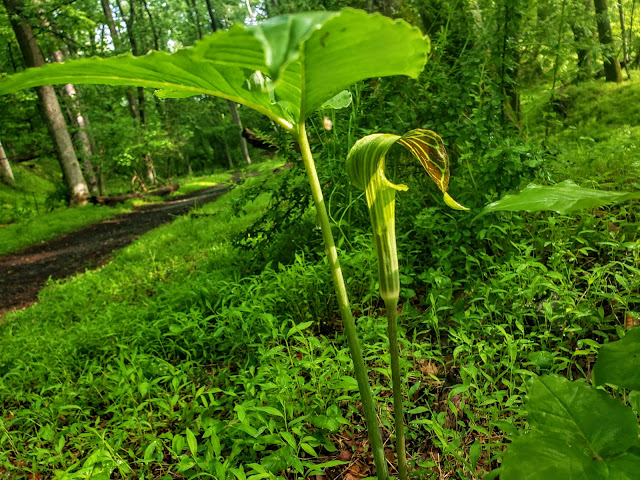 As its names suggest, this native North American wildflower has an underground tuber that is edible, although some of its above ground parts are poisonous to consume. 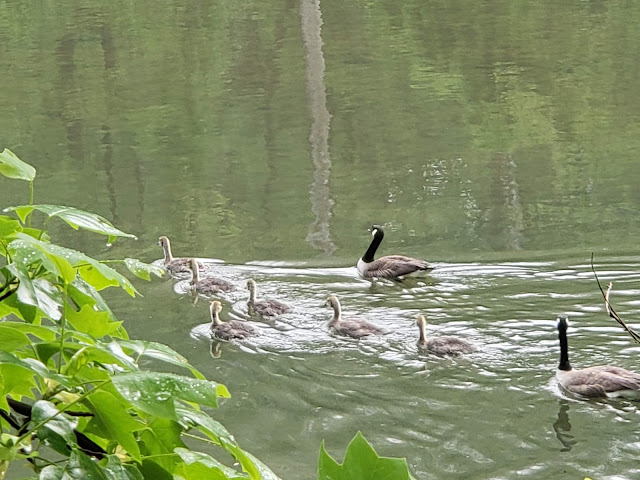 This trail follows the original path of the first railroad line, which ran between Baltimore and what was then called Ellicott Mills, an important, bustling center of commerce. Since then, the mills have closed and the town renamed itself Ellicott City to sound a little more sophisticated than it really is. 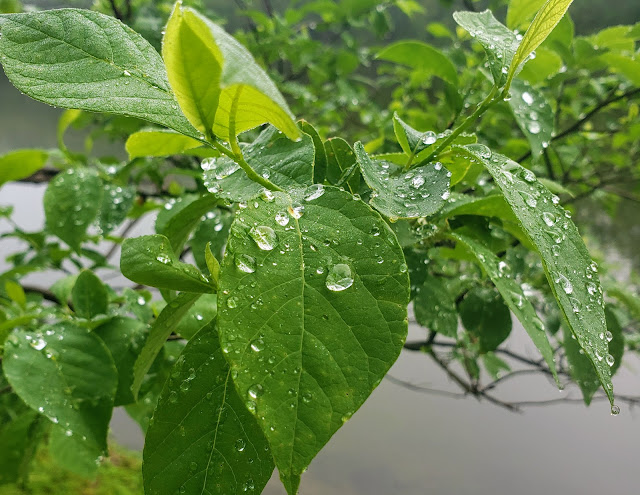 As you walk along the trail, you'll notice a number of rail artifacts, including a beautiful stone bridge still carrying the trail over a creek. The rail artifacts remain because much of the river valley, through which the Old Main Line ran, became part of the Patapsco Valley State Park. In fact, the area along the line contains an uncommonly large range of early 19th century railroad artifacts and structures. 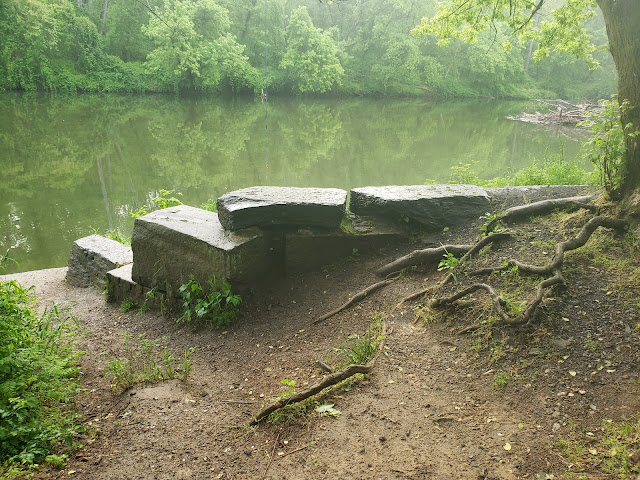 It's about 2.5 miles to where the trail crosses the active CSX rail lines to continue on to Woodbine, making it a good turnaround point for an even five-mile hike. It's all flat -- literally no noticable incline at all, so it's good for families and all skill levels. 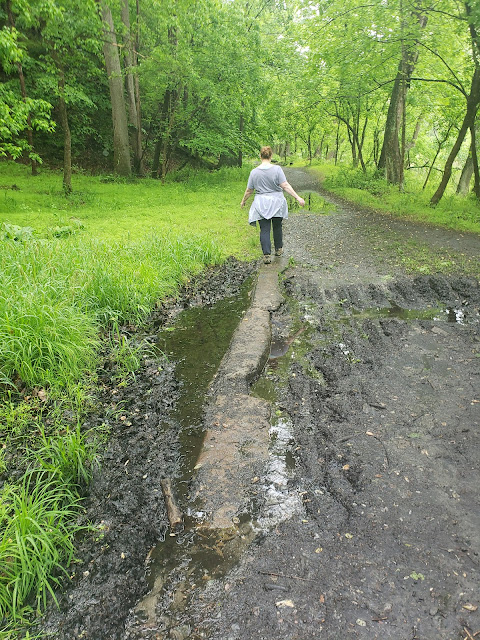 Read about a previous visit, which has more about the origins of this first rail trail here. 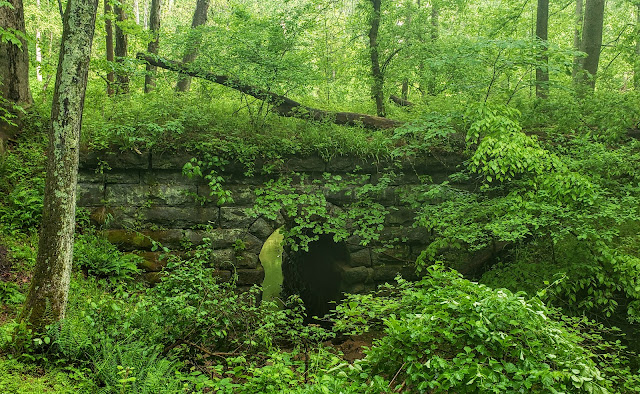 If Daniels sounds familiar, then thank you for being a return reader! MidAtlantic DayTrips has featured the Daniels area before, exploring several trails leading to Maryland's ghost town of Daniels and ruins of the churches in the fall, in the winter, and on the Howard County side above the dam exploring the Old Main Line (America's first rail trail) in the winter, and a pretty loop hike past house ruins.

Know before you go 1: I have yet to go when there aren't mud patches along the trail, so wear water-proof boots that you don't mind getting muddy. In warmer weather, put on bug spray: they're out there.

Know before you go 2: Parking is tight at the trail head -- maybe room for 10 cars unless you wish to chance parking illegally (not recommended, since big trucks can rumble by). Your best bet? Arrive early. 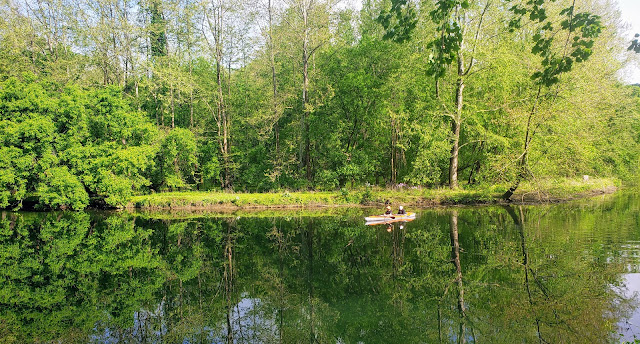 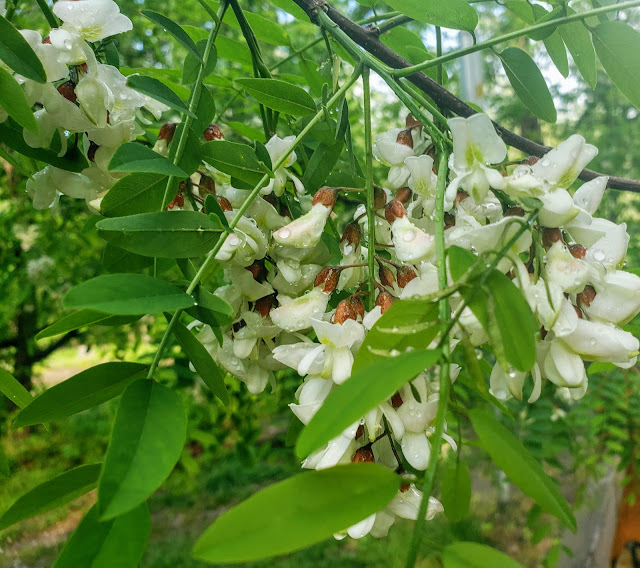