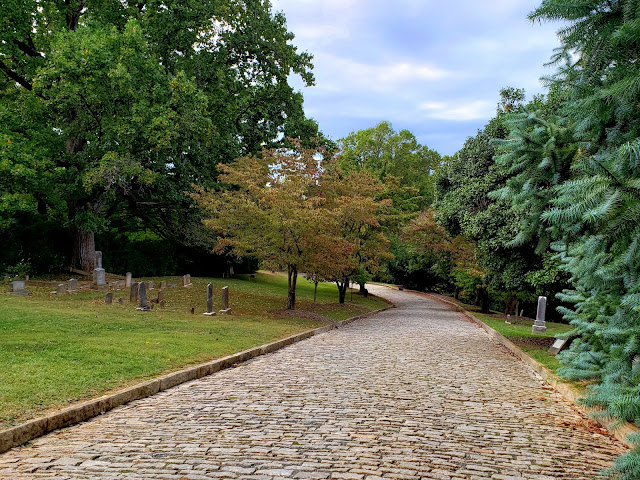 The Old City Cemetery is a historic cemetery in Lynchburg, Virginia. It is the oldest municipal cemetery still in use today in the state of Virginia, and one of the oldest such burial grounds in the United States. 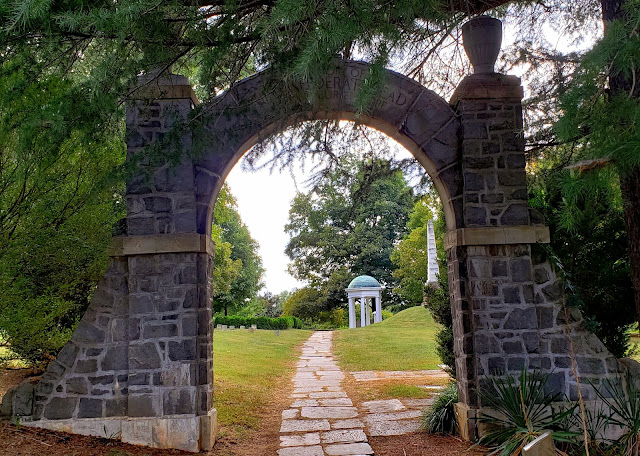 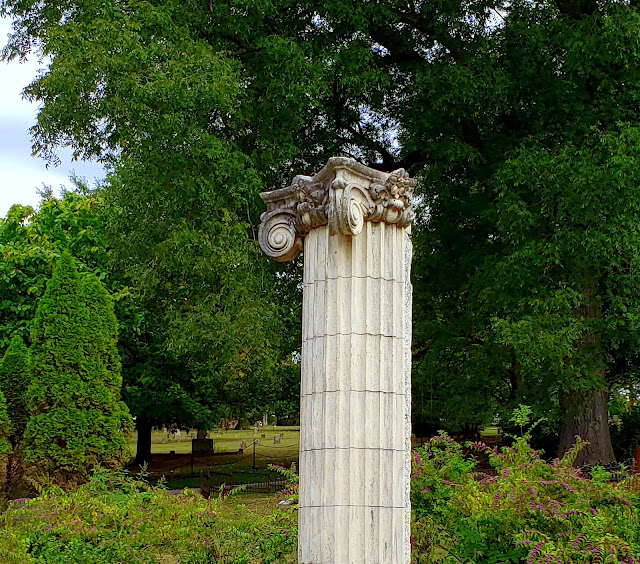 But Lynchburg's Old City Cemetery is part museum and part cemetery. Don't get me wrong, there are definitely people buried there. 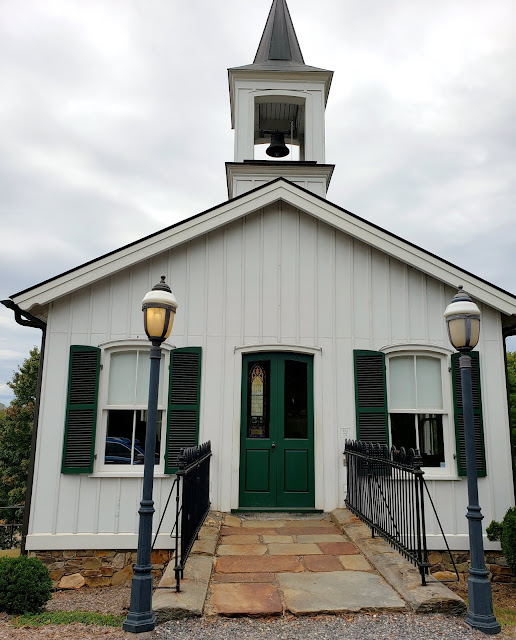 But since the 1990s, the city has also used the cemetery as an historic park, a space to preserve historic buildings, and has moved several buildings, including a train station, to the cemetery. I kinda dig this idea. Cemeteries, in the mid-1800s, were often designed as rural garden parks, places you'd want to pack a picnic and visit for the afternoon, to get some fresh air and sunshine. Moving these historic buildings to the cemetery upholds and updates this tradition. 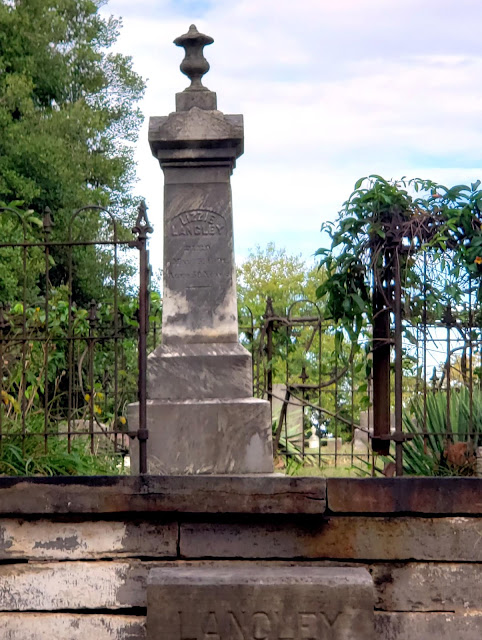 The cemetery also holds secrets. There are graves that don't give any clue to its inhabitant's amazing lives, such as Lizzie Langley's. She reportedly was a madam of a house of prostitution -- back in the day, Lynchburg was known for its houses of ill repute (the higher the hill you climbed, the better the class of girls). 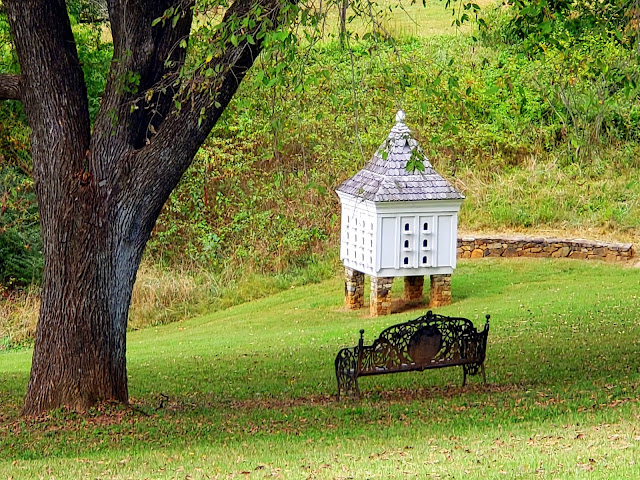 Langley's clientele paid Lizzie directly, but she was kind. Out of those payments, she provided an allowance to the girls, but invested the rest. When the girls decided to retire, they were given the invested proceeds. 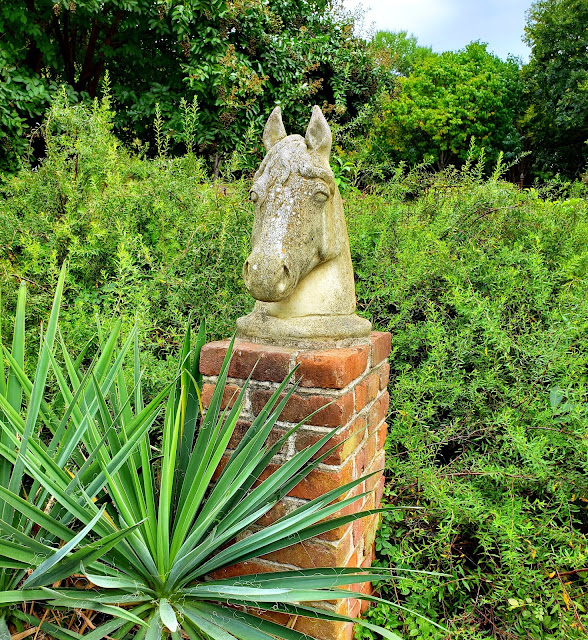 As with almost every cemetery below the Mason Dixon, there's a Confederate memorial, with 2,200 Confederate soldiers from 14 states. 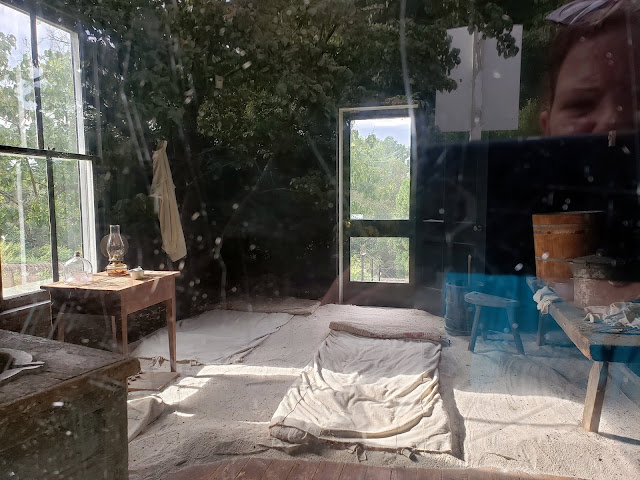 Nearby, there is the Pest House, Lynchburg's first doctor's office and hospital. In addition to the Pest House, there's the Station House Museum (old rail station), a Hearse House and Caretakers Museum, and a Mourning Museum. 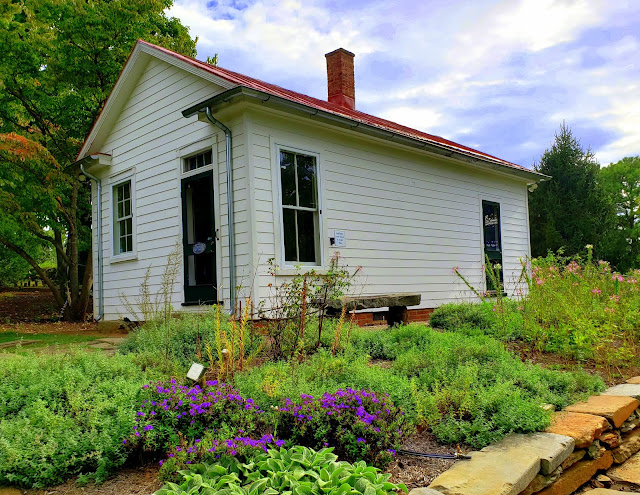 Among the notable notables buried there is Lottie Stanton's grave. Stanton worked in the "colored box office" at the local movie theater during the Jim Crow era (photo of the door and chair) and photo of her grave stone. She used to let the kids slide in to the movies free because she "didn't see them." We visited her grave, leaving a rock on it to show we'd visited. 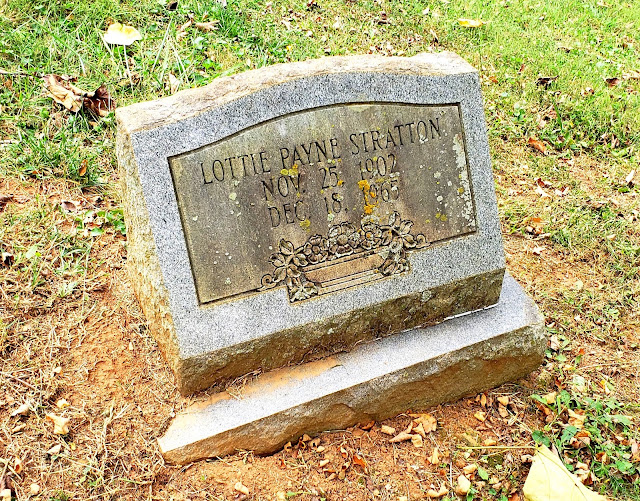 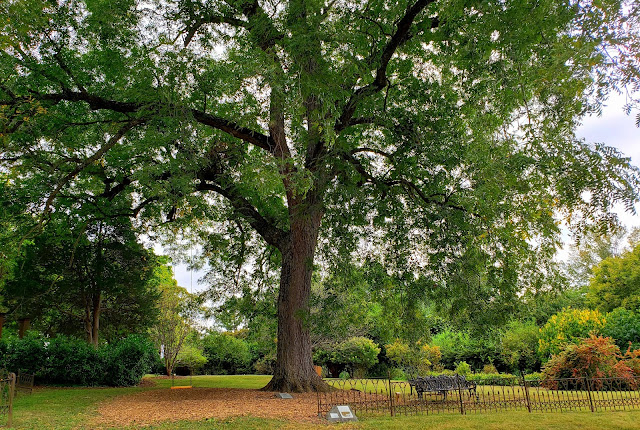