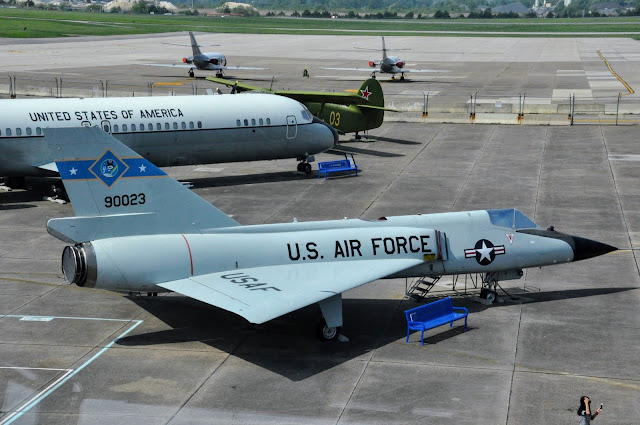 An Airplane Petting Zoo Is Incredible Fun for Kids of All Ages!

Even if you're not an aviation geek, you'll likely enjoy the Air Mobility Command Museum. This is a great place for kids and families to explore aviation history. The different shapes of the planes are impressive -- a couple of them are bigger than most houses -- and seem more like ships than airplanes; it's a wonder they can take off at all. 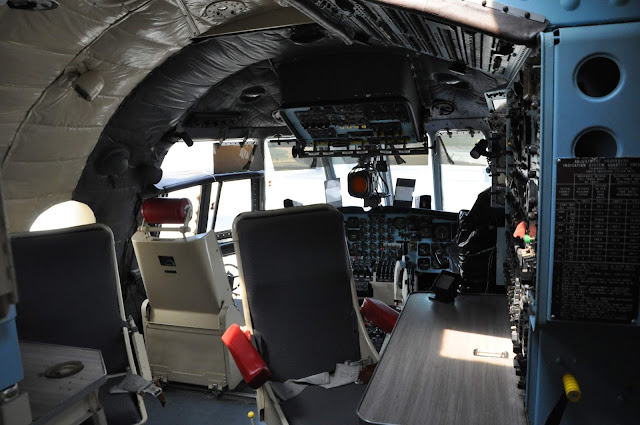 Kids of all ages will enjoy climbing up into the planes and exploring them. In fact, this is a particularly kid-friendly daytrip destination. Best of all? It's free. (Although, please consider offering a donation.)

Start your visit with the control tower -- the original for the Dover Airforce Base. From there, you get a bird's eye view of the outside airplanes, plus you can see the current landing strips on Dover AFB. After you eyeball the planes and figure out which ones you really, really want to see, then head down to the planes to start touring. 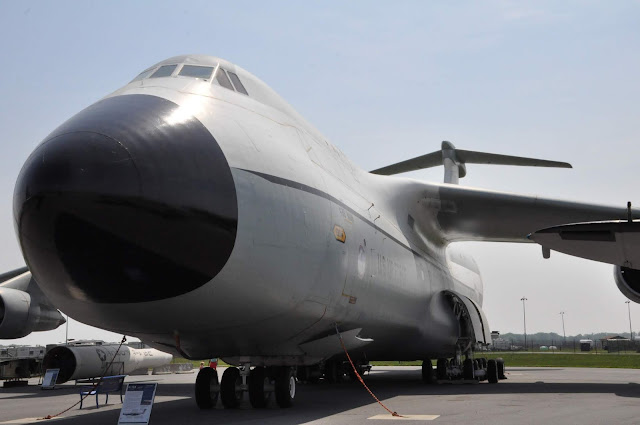 You can admire the opulence of the VC-9C, more famously known as Airforce 2, the airplane that between 1975 and 2011 flew the likes of Vice Presidents Al Gore, Dick Cheney, and Joe Biden, as well as first ladies Rosalynn Carter, Nancy Reagan, Barbara Bush, Hillary R. Clinton, Laura Bush, and Michelle Obama. 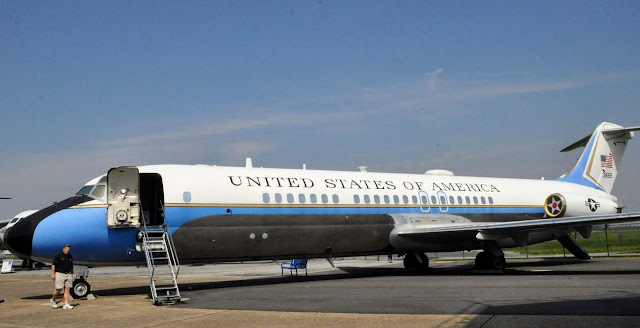 My personal favorite is the behemoth C-5A Galaxy plane. It is ginormous, and is bigger than my house. There's also the Air Force’s largest and only strategic airlifter, the C-5 Galaxy, which can carry more cargo farther distances than any other aircraft and the C-133 Cargomaster, which transported America’s large missiles. It's styling reflects its design in the 1950s.

Every third Saturday of the month through October are Open Cockpit Days, which provide full access to many of the museum’s aircraft 10 a.m. - 3 p.m. (if weather permits and tour guides are available) -- and that's when you want to go. Tour guides stationed in the open aircraft will describe the history of the planes and their missions; what's really cool is that the tour guides -- all volunteers, by the way -- are often retired crew members of these airplanes, so their descriptions are from personal experience and bring the aircraft to life for visitors. 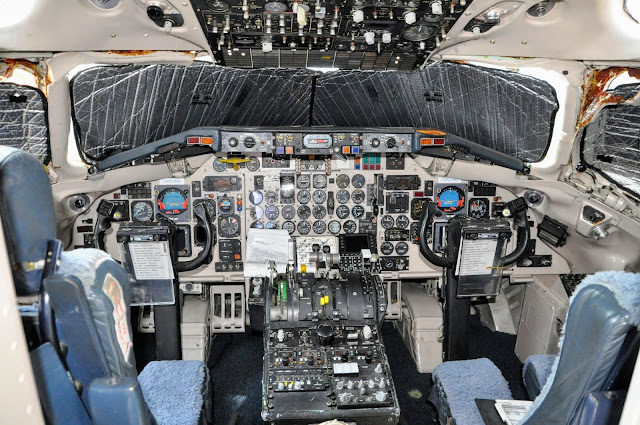 After you see the outside planes, head inside to the historic hanger and the welcome air conditioning. There's still more to see! You'll want to allow yourself at least an hour, but you could easily spend 3 hours at the museum.

Good to know ahead of time: If you go up and into the airplanes, wear sneakers or appropriate footwear -- flip flops or open healed shoes, I learned by real-life experience, are dangerous when climbing into the cockpits of some of the planes. Other than beneath the wings of the planes, there is no shade where the planes are parked, so wear hats and put on sun block. 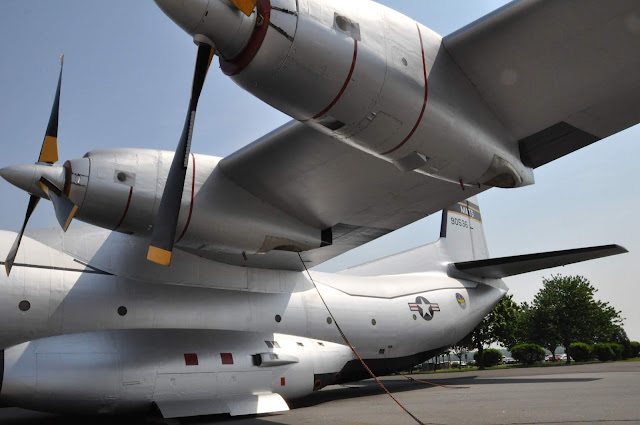 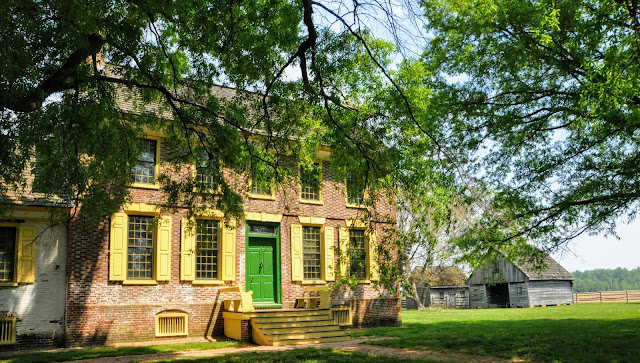 Still got time? I recommend you also stop by the John Dickinson Plantation, just 10 minutes away from the Air Mobility Command Museum, to learn about a white man who -- unusual for his time in the late 1700s -- believed that freedom applied to all people, even those enslaved on his own plantation. John Dickinson also was a central contributor to the start of our nation.

He inherited his family's plantation and enslaved community. But, unusually enough for his time, this white man thought freedom applied not just to white people but also to black people. In 1776, he conditionally freed some of his enslaved community -- men and women older than 21 were freed (it is unknown why he imposed this condition). By 1787, he fully freed all remaining slaves. For his time, he was progressive. Without slaves, he was unable to work his plantation, which he then rented out, so unfortunately, slavery continued on the plantation grounds. 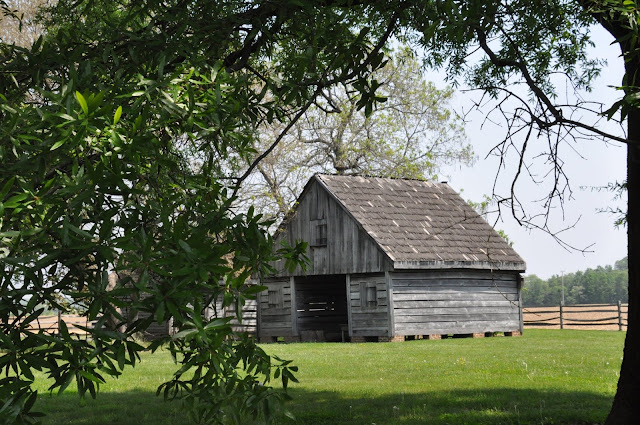 As you tour the house, you'll learn more about Dickinson and the house itself.  The Colonial-era home built in 1745 and reconstructed outbuildings showcase the daily life of a plantation, including the lives and activities of the enslaved and free African Americans. The house tours lead you through the basement, first and second floors of the house, which have been restored to reflect the period when John Dickinson lived there. 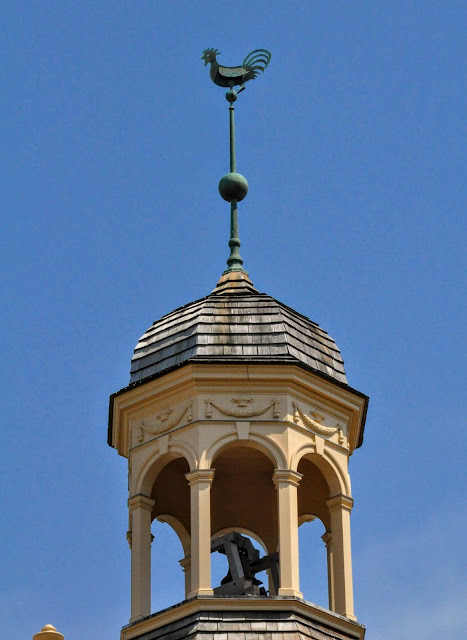 
The First State Heritage Park at Dover is Delaware's first urban "park without boundaries," linking historic and cultural sites in the historic city that has been the seat of state government since 1777.
First State Heritage Park includes the Biggs Museum, the John Bell House, the Johnson Victrola Museum, Legislative Hall, the Old State House, and the Woodburn and Hall House. You could easily spend a full day exploring these old buildings and museums. 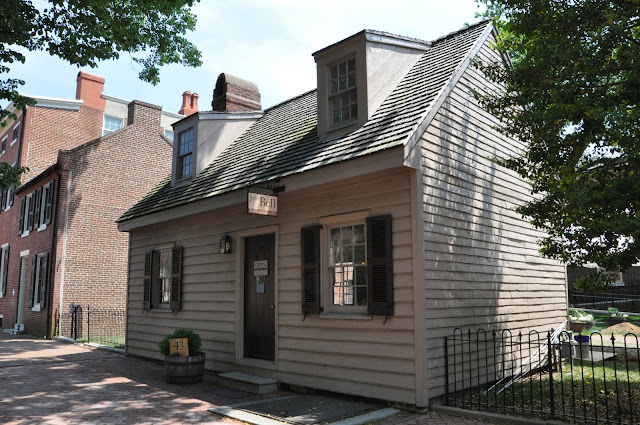 Located on the historic Green in Dover, the Old State House has served as a focal point in the state's civic life for over 200 years. In addition to a tour of the historic building, exhibits discuss the plight of enslaved individuals in Delaware as well, including one that describes how, on October 14, 1797, James Summers walked into the Recorder of Deeds office seeking to purchase the freedom of his two enslaved children: Thomas, aged five, and Ruth, aged 7. A copy of the original Manumission Transcript is on display. 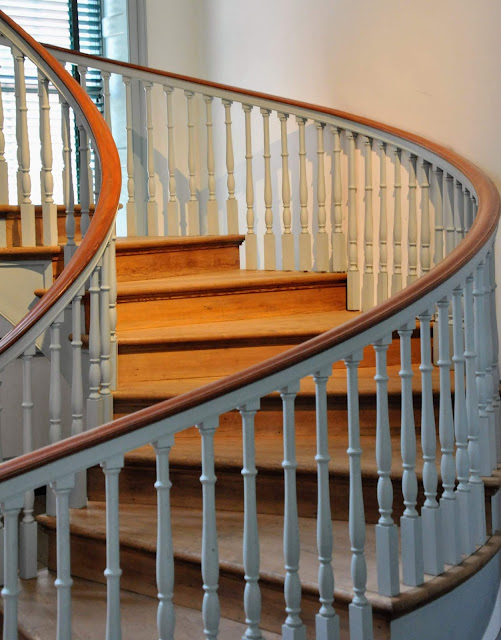 The oldest wooden structure on The Green is the John Bell House, now serving as the interpretive center for the First State Heritage Park, where visitors can learn about the history of Dover and take thematic walking tours around Dover’s historic Green. The building -- most likely a work room rather than a home -- was standing in 1787 when statesmen ratified the Constitution at the Golden Fleece Tavern, located just across The Green. The building was owned by several generations of the John Bell family and through the years, saw several owners and uses. 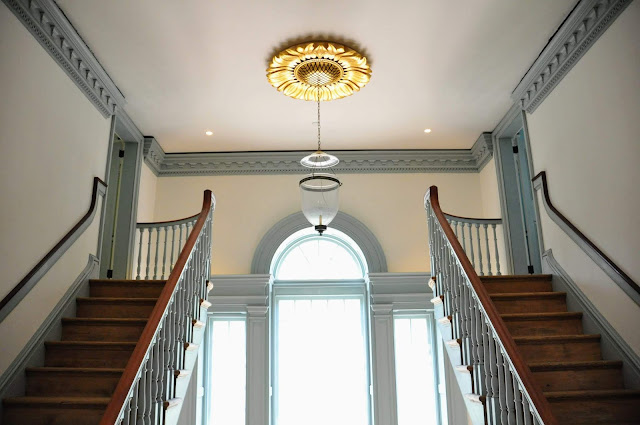 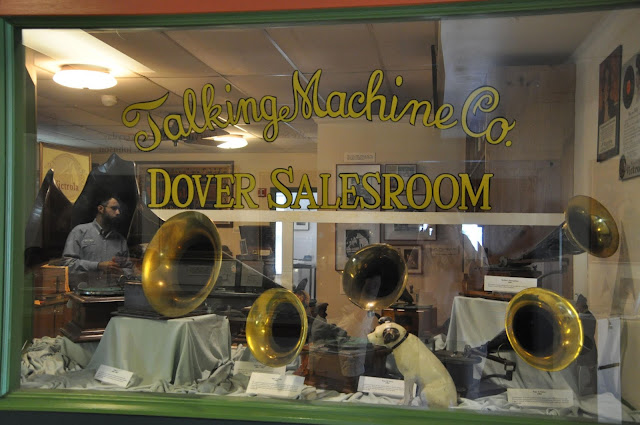 Woodburn and Hall House, the home of Delaware's governors since 1965, was built around 1798. Next door is the Victorian-era Hall House, which serves as the Governor's guest house. 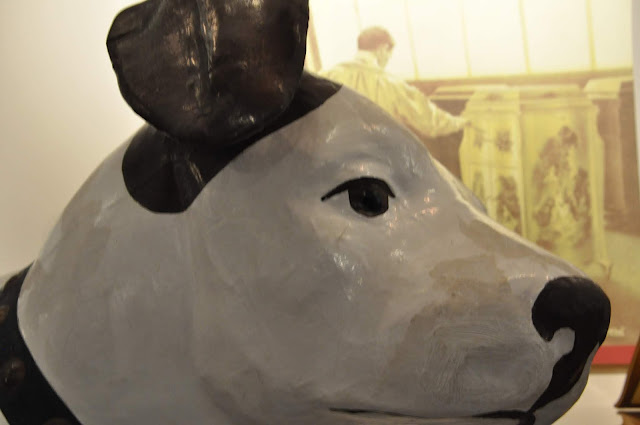 The best time to go? On the First Saturday of each month, the park offers a series of thematic programs and events, and several of the historical buildings are only open on first Saturdays. 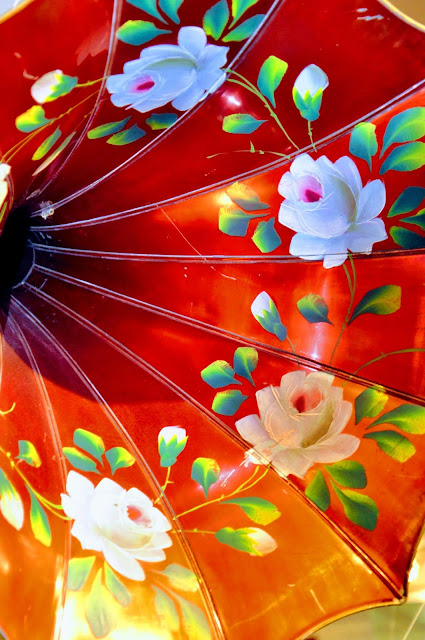 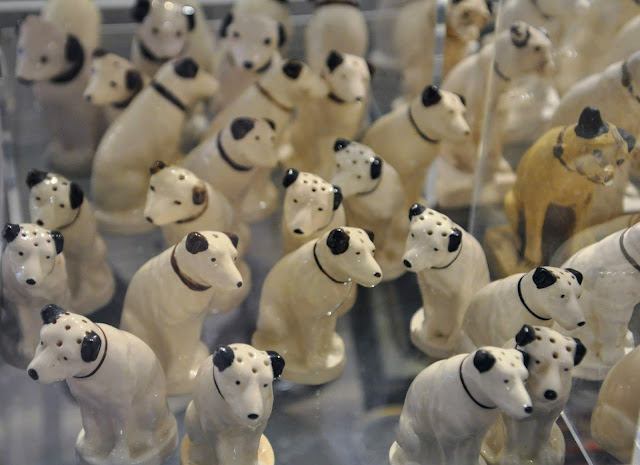