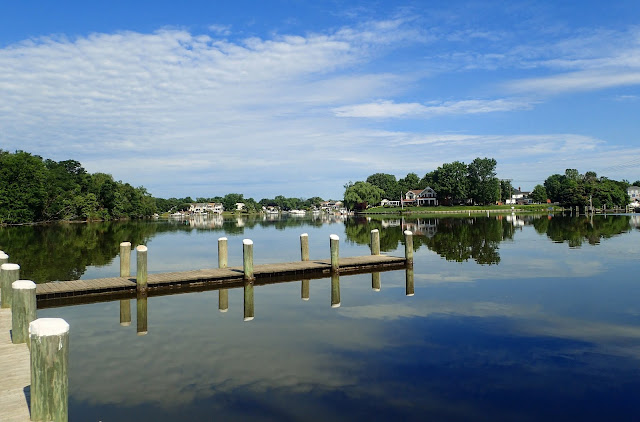 The pandemic has forced us to explore new places to kayak, in addition to our favorite standards: Piney Run Lake, Trap Pond, Centennial Lake and Daniels in Patapsco Valley State Park. 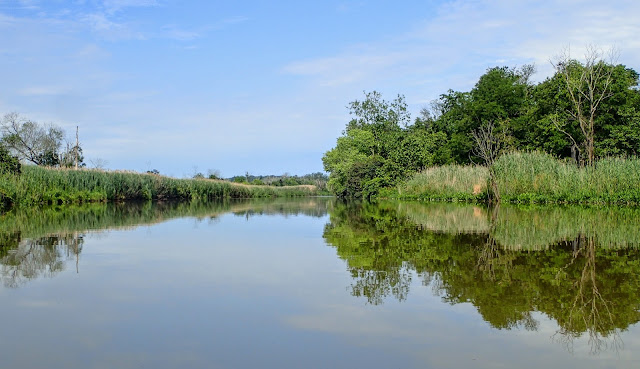 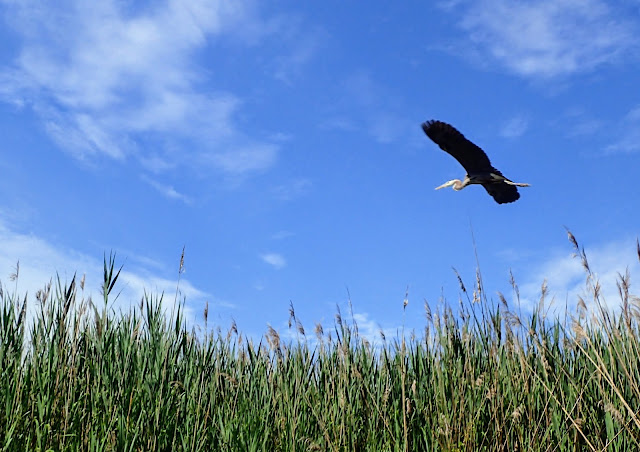 That day last summer, we launched from Mariner Point Park onto the Gunpowder River. 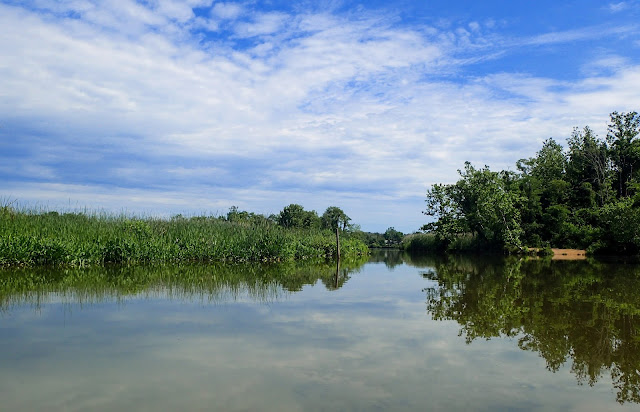 Along the way we encountered on one or two others in kayaks. There were a few shore-side fisherman and their lines on the east side of the channel, fishing from Mariner Park. Beware of their lines and be considerate and paddle wide around them.

We continued paddling out to the basin. We went on a windless day, and the waters were smooth, with the tide favoring us, for once. 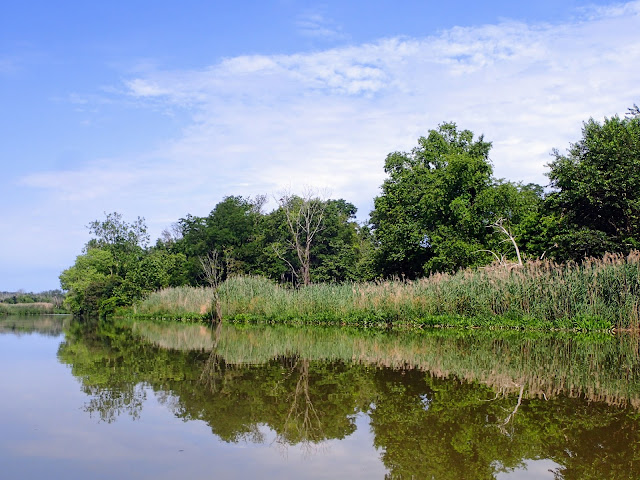 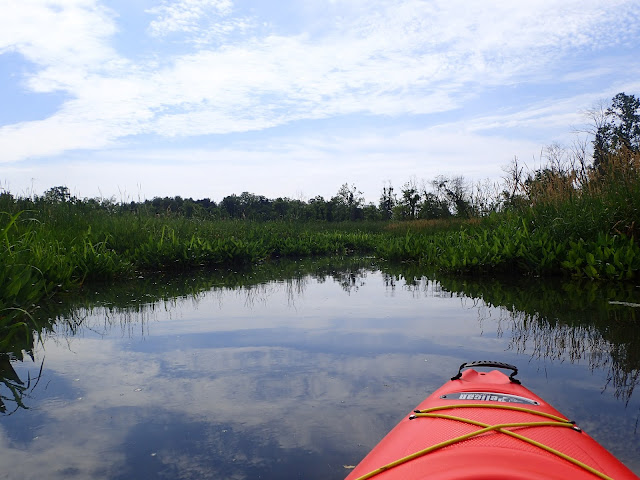 Once out on the open water, we hugged the shoreline, keeping it on our right, and turned up into the salt marshes.

There was minimal chop, although if there had been any wind, I bet that would have been an issue. A train whistle intruded on the bird song as an Amtrak train thundered by on the distant bridge.

We headed up the first viable outlet, which turned out to be Little Gunpowder River. We chose it by accident, but we were glad we did. 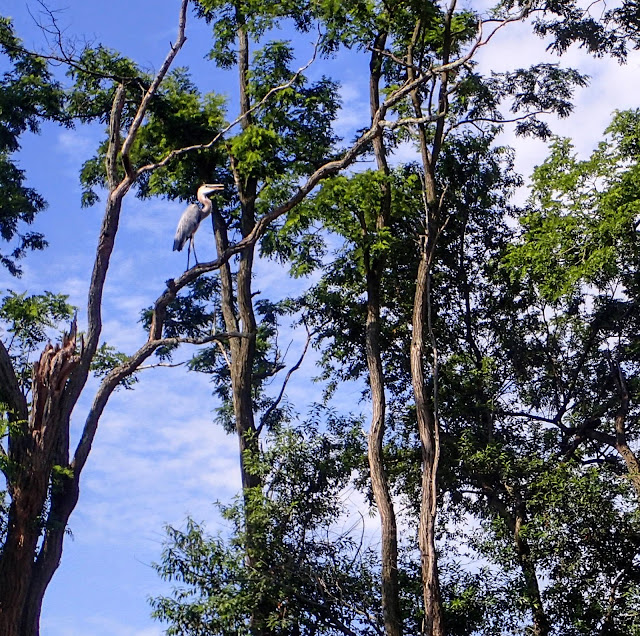 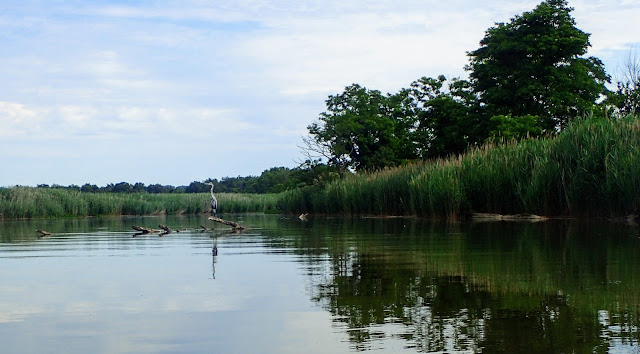 We paddled up Little Gunpowder Falls until we encountered a small creek on Rumsey Island and headed up that until it became too small for us to navigate. 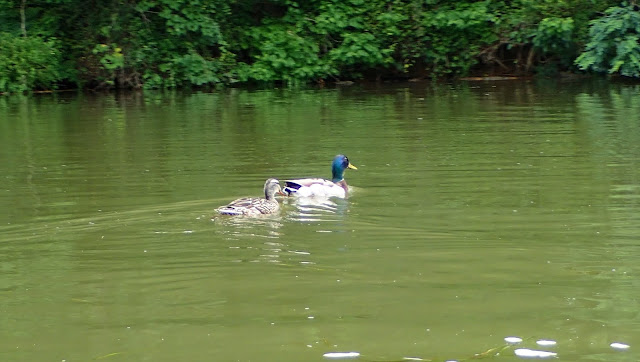 We turned around, and paddling back down on Little Gunpowder Falls, we turned up a little connector branch to Big Gunpowder Falls, but were stopped by several trees bridging the water, making it unpassable to kayaks. 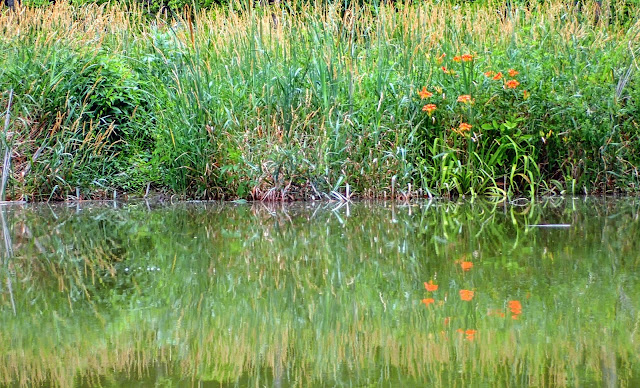 We continued back on the Little Gunpowder Falls to the Gunpowder Basin, before turning back up the Gunpowder River to return to the launch site. For once, the winds and the tides were in our favor and it was easy paddling. 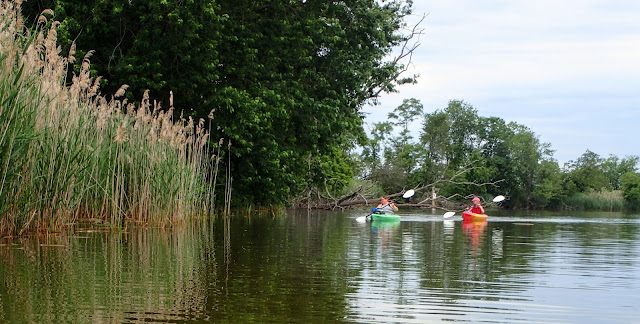 Along the way we saw more great blue heron than we could count, and an equal number of osprey, many in pairs. 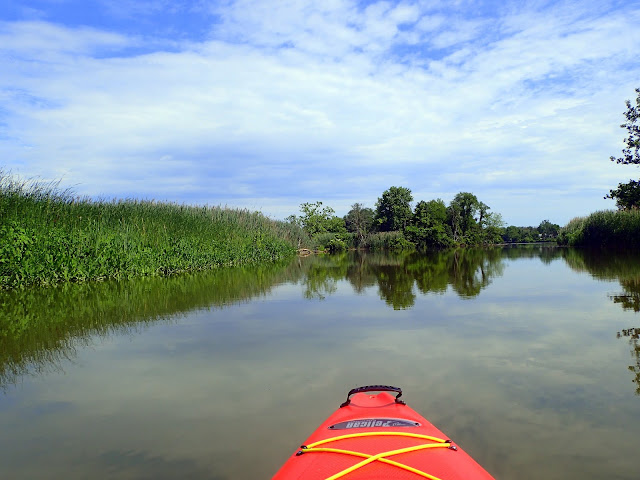 We also saw lots of smaller birds, including red-wing blackbirds merrily frolicking among the reeds. 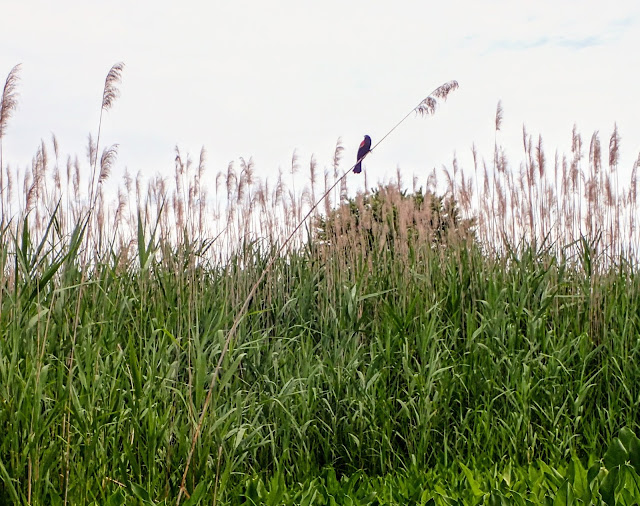 There were other options for exploration, including just paddling around Mariners Point, checking out Big Gunpowder Falls, Days Cove, Gunpowder Cove and the many waterfront homes, or more parts of the Gunpowder River itself. 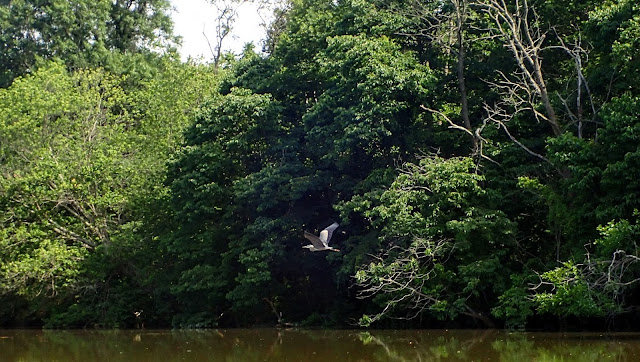 We'll be back. The beauty of this river basin deserves multiple visits. 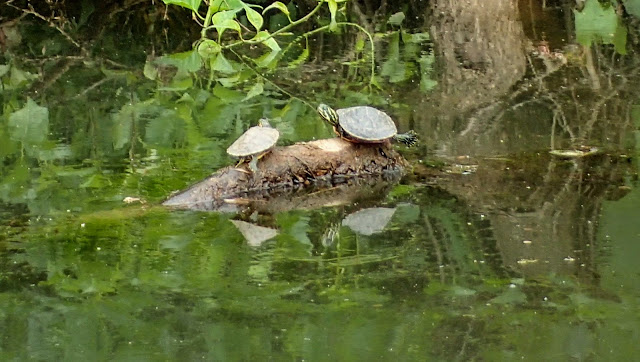 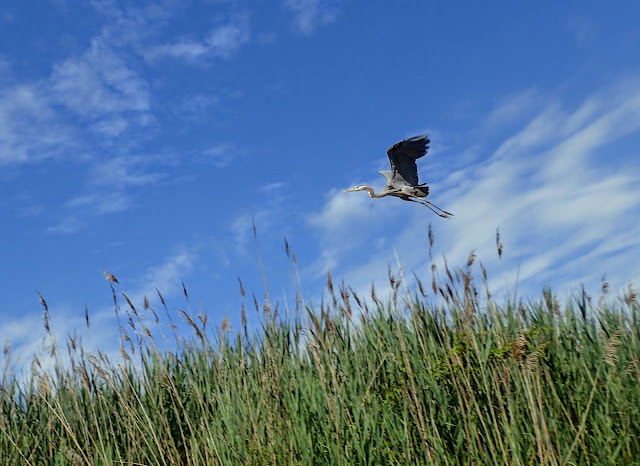 Know before you go: Mariners Point Park can get very busy, especially on weekends. There are two boat launches, side by side, there, and plenty of parking, but kayaking among the jet skiers and power boats might be nerve wracking if you're there for a serene paddle. Go early. Or go on a weekday.

Getting there: 100 Kearney Drive, Joppa, MD